Have you had great holidays despite the strange year we left behind? We’ve been taking it easy, not meeting to many people – in fact, me and Fred and Fred’s brother (whom he lives with) decided we wouldn’t go anywhere and risk getting or spreading the virus, so we celebrated christmas and new years together on the island instead!

Today we got back to work, and the first thing we decided on doing is having a meeting to discuss our upcoming patches!

There are three big patches left, one featuring the final story mode stuff (except for the ending bit), where we’ll add the last bunch of backer items, some arena stuff (making you able to rebattle bosses in the arena + some bonus challenges), adding a fight with bishop and the cave where you can track your progress on how many cards you’ve found (as well as getting a special item once you’ve collected them all).

The second patch will involve Arcade Mode, where we’ll be reworking the challenge rooms to make them a bit more fun and varied, add a proper map so you can track your progress, adding a proper room to end your runs as well as a final boss battle featuring none other than the goddess herself, Grindea! We’re also gonna make sure we feel each run is varied enough and possibly add more types of rooms to make sure each new run won’t get too repetitive.

The third and final patch before proper release is the Main Story ending patch, where we’ll add the final dungeon, both endings and both final bosses (the version of the battle you face will depend on whether it’s the default or true ending path you’re on)! It’s possible we’ll save the final battle of Arcade Mode to this patch as well, so both endings come out at the same time.

We’re aiming for the first patch to be done by the end of March – however we’re not sure whether this is actually realistic or if we’re just being hyped after having some time off for two weeks! Regardless, we’ll do our best to make it happen :)

Stay tuned for our continued progress as we head into this new year together!

So the first thing for me to do is a proper house for the Trick & Treat twins. We might postpone any optional boss battle they might have been part in, but they still get a house of their own!

The first floor was made ages ago when we still had big plans for those guys, so I decided to add a bit more detail to it: 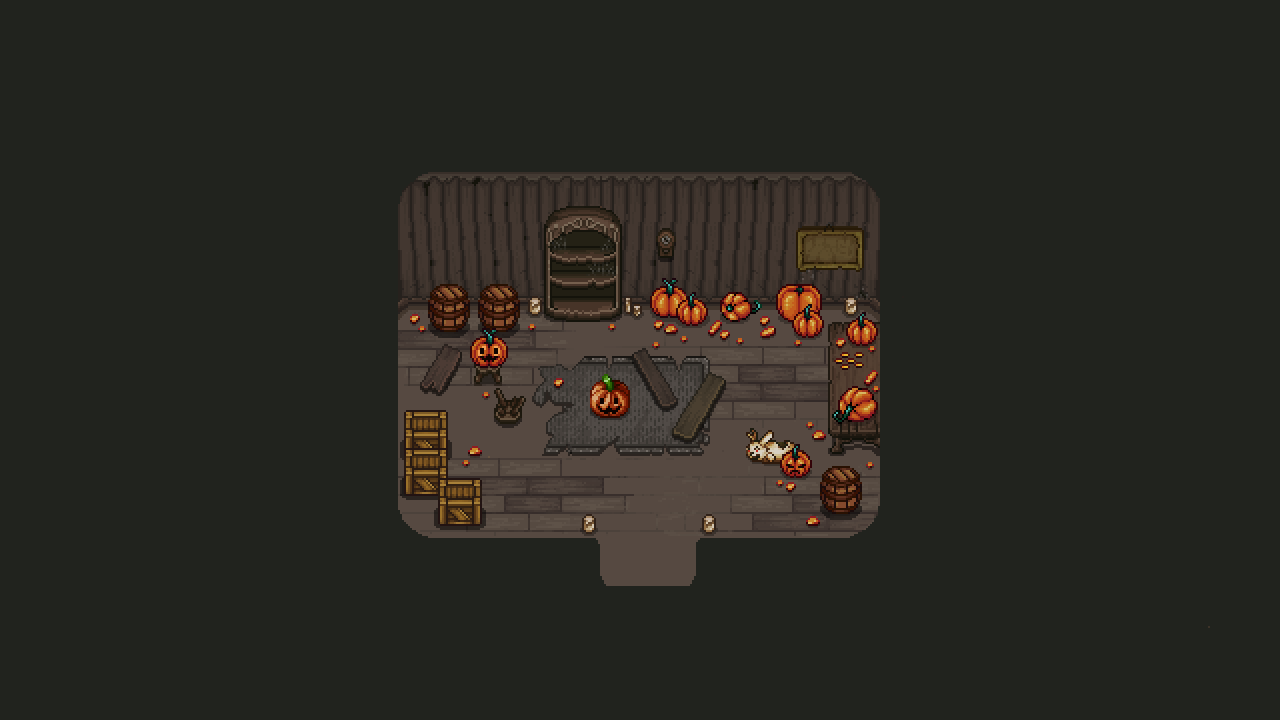 This place will also be the home of another smaller character (in more than one way) – the evil mandarine I made a portrait of quite a while ago (still remember him?)

Next up, we’re working on adding that stuff to the arena! As part of that, you’ll be able to select difficulty for the boss rebattles, and so I was tasked with making an interface for said difficulty setting:

As you can see, there will be three settings available, and they will be Default (the way the boss was when you first encountered it), Scaled (which means we scale its difficulty to your current level), and Overpowered (which will be a much more difficult version, overpowered for your current level)! I haven’t added the texts to the buttons here as they will the rendered directly in the game engine: 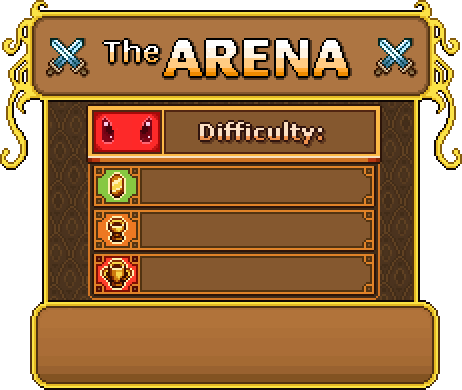 Working on this interface again makes me feel like it looks a little bit bland, so I feel like I might improve on its general look in the near future as well…. :)

(You know what, said and done, time to touch up these old UI graphics a little bit:) 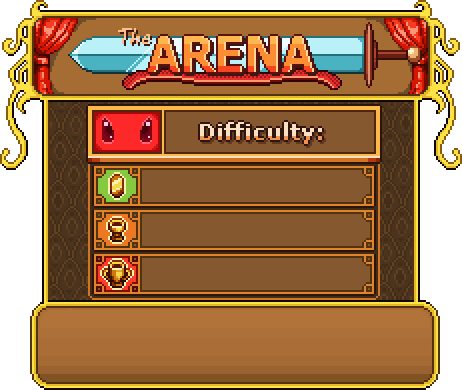 Meanwhile in Fred’s department, it’s all about giving Bishop some more weaponry! Scared yet?