The next thing we’ve been discussing and designing for the final dungeon is the Flying Fortress floor. In the beginning we wanted this to be quite phase shift heavy, but as we though more about it we felt the essence of Flying Fortress is more about bullet hells, so we started leaning more towards that. However, we’ve had a ton a random ideas, among others a phase shift puzzle where you need to collect items within a certain time and a bullet hell with guardians that block parts of the room with their laser beams…

In the end however, we settled for three rooms (for now, this might change), first one of those corridor where a number of orbs pass through and you have to run left and right so you pass through the orbs in the slot where one of the orbs is missing – I’m not great at explaining this in words, but you’ve already passed through such a corridor in Flying Fortress already, and this one will be pretty much the same – although we have some ideas for beams and such to make it a bit more difficult and high paced.

The second room will have a number of small platforms, 4 or more, which will get hit by a ton of missiles. The goal in this room is to phase shift to the one platform that won’t get hit by missiles and as such avoid damage. Once the timer runs out you’ll be able to proceed to the final room…

…which is all about bosses, namely Phase man – and not only one, but two of them(!), ending with a little burst of Gun-D4m. We’re pretty excited about this combo and hope you will be too!

For Seasonne, we all felt like the core of the area is the Toy Factory, but we also wanted a little dash of the regular snow area, and an appearance of Marino, since he’s a pretty big character and having Amalet stolen from you after Flying Fortress is a pretty important part of the game, after all.

As such, you’ll begin this floor by appearing in a small Seasonne-esque area with the usual Seasonne enemies minding their own business. At the end of the area is the Toy Factory building, which you enter, and find yourself in a room with a locked door, a blocked path and a chest. In the chest is a key for the locked door, but before you have a chance to unlock it Marino appears and steals it from you, dashing through the blocked path, breaking the things that blocked your path before.

The next room will be one of two challenge rooms, but we haven’t yet decided which one of these it’ll be! In one, you think you’ll have to solve a block puzzle, only for each and every block and piece of it to come alive so you have to defeat it literally by force. The second would be a lot more like the room where you battle a ton of gift boxes, only with more kinds of gift boxes with new abilities!

After that, you’ll end up in a room with a conveyor belt where you’ll chase Marino for a bit before ending up in a room where you’ll battle him along with having to dodge falling bombs and trains, much like in the later rooms of the Toy Factory!

Next, time for some mixed stuff! Your mother’s grave in Startington, some new items made for an additional part of the ghost remembrance quest in the Ghost Ship, as well as an expression for the newly added ghost you’ll find there soon:

And here’s some more new stuff, featuring bigger versions of the catalysts, new backgrounds for the temple of seasons character and enemy codex, a new set of stairs in the Port Monnaie church, and a slight edit of the Startington grave: 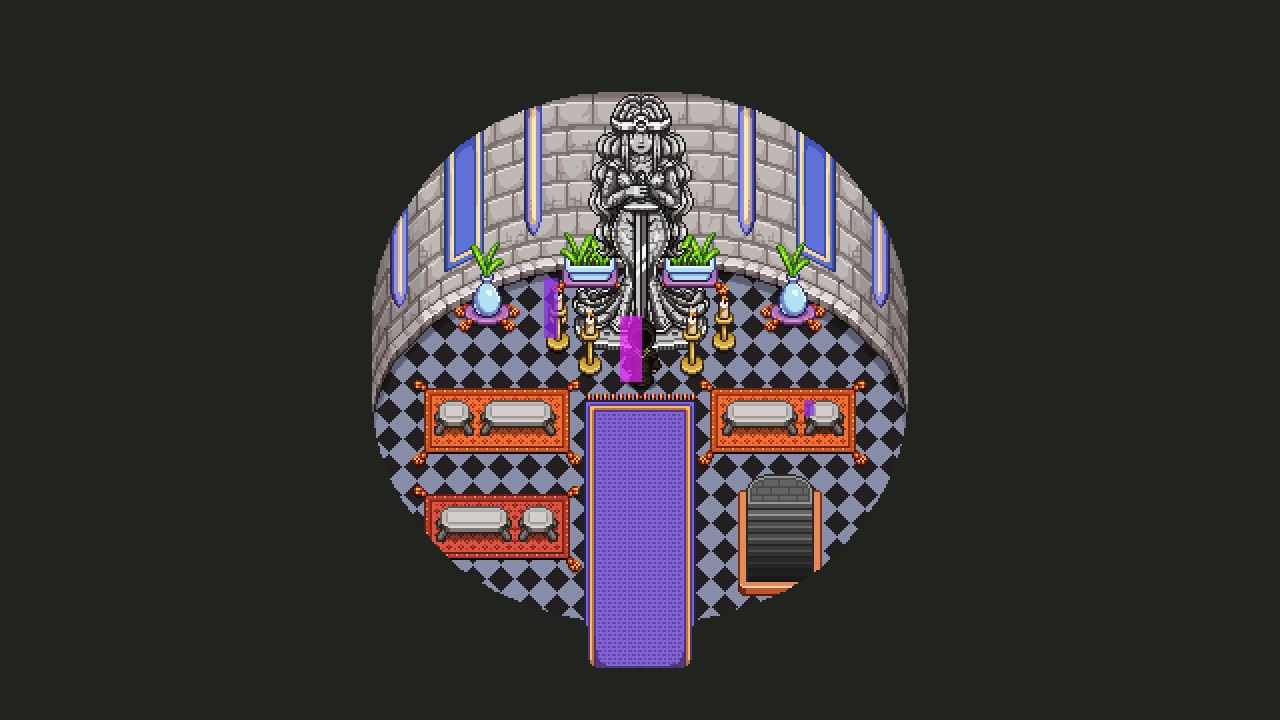 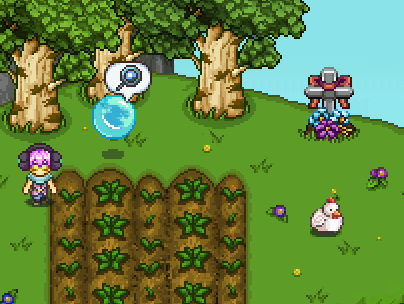 Meanwhile, Fred’s been working on more Bishop stuff and some new player animations, one which can be seen here:


Maaaaaaan, i love these animations