For the sixth final dungeon floor, we’re doing a mashup of the festival and Mount Bloom, which means you’ll be going to a festival in the mountains! And who better to host such an event than a score of Cavelings…. :)

Our idea is that you’ll be in a rather open cave system where you’ll trick phase between various stations, each having a little mini game challenge of its own. We haven’t yet decided whether you’ll need to do them in a specific order or if you can trick phase your way around the area freely.

Either way, our current idea is that it’ll be the same mini games as you had in the Evergrind festival after you finished the Temple of Seasons, only with a caveling twist for each event. So for instance, you might not win the fishing contest based on the best or most fishes, and the cavelings might use some other cheating tactics to make sure they win themselves in the running challenge, and so on. I won’t go into too much detail here but you get the idea – basically you’ll most likely end up getting swindled one way or another – what else to expect from the cavelings, huh?

This week we’ll be discussing the Tai Ming floor, and after that there’s only two more floors to go! Drawing ever closer to the end :)

So, another thing we’ve been working on recently has been a bunch of new gauntlets for the arena! Now there’s a total of four of them, each a bit more difficult than the last.

First we have the good old classic one featuring Pillar Mountains, Evergrind City and Pumpkin Wood enemies. The second one has enemies from Flying Fortress and Seasonne, as well as a guest appearanec from Phase Man and a couple puzzle block enemies. The third has enemies from the Temple of Seasons and Mount Bloom, and also features the Summer and Autumn Elder Fae and Black Ferrets! Finally there’s the final Gauntlet, which has enemies from across the entire world, as well as some giant thorn worms, Vilya AND Marino! Quite intense.

After having made these, we’ve of course spent a bunch of time testing them. I also decided to remake the icon for the original gauntlet (which was a single slime against a yellow background) now that I had to make icons for the new challenges anyway: 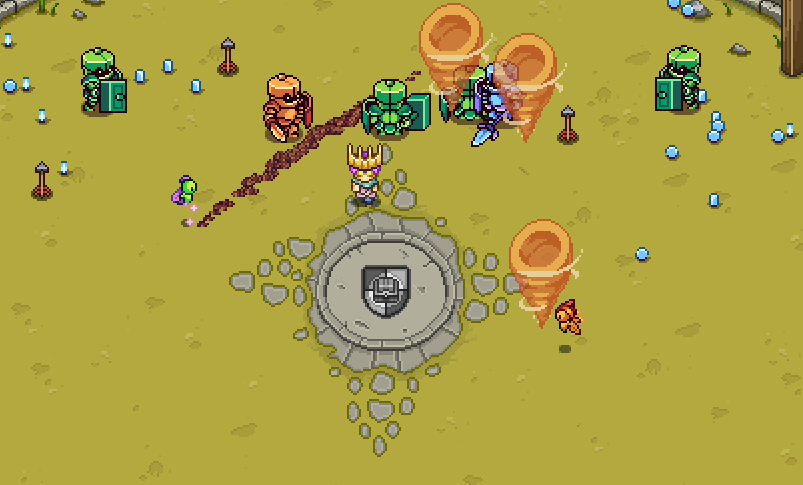 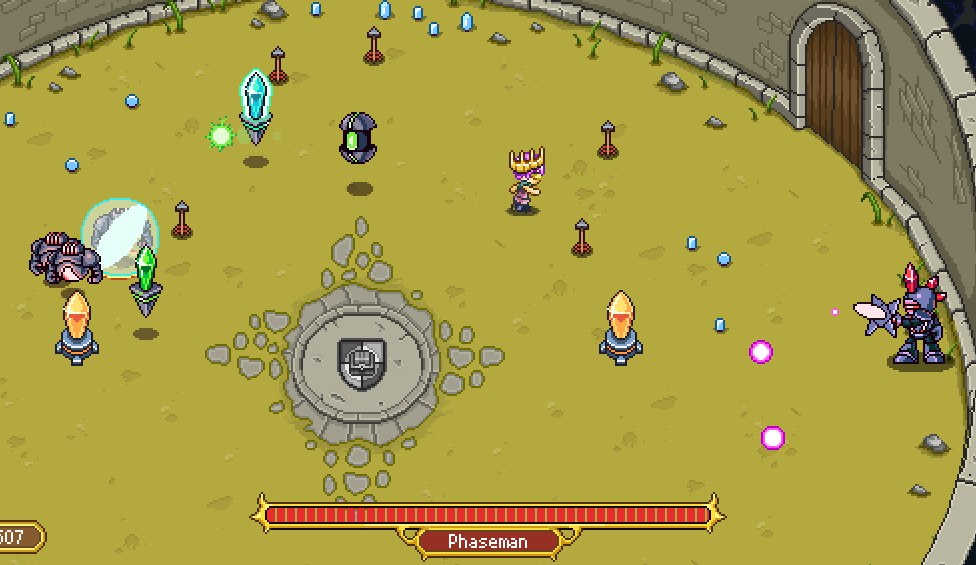 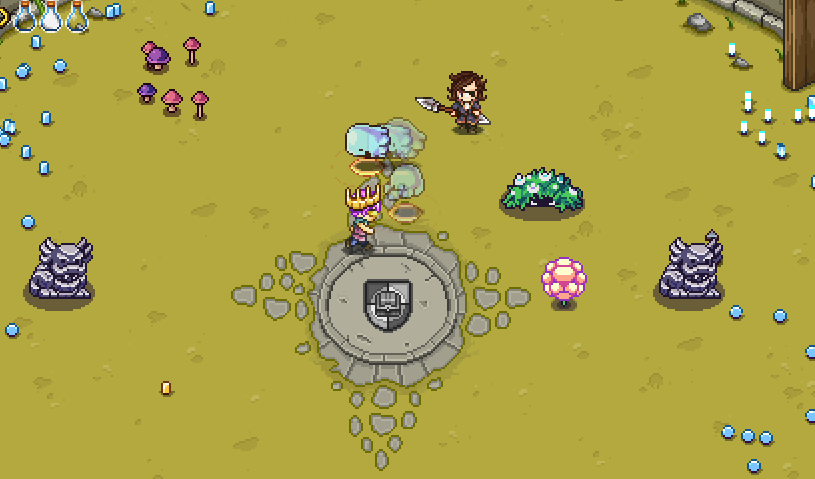 Meanwhile, the Bishop battle is turning more and more from a prototype into an actual badass battle!

We’ve added a bunch of attacks and cleaned up the graphics on some. After some initial testing of this version of the battle, I’d like to be bold enough to say it’s one of my favourite boss battles in the game this far:

Hopefully you guys will like it as well! It’s pretty intense, let me tell you that much! :D

Next up we have a new NPC we’ve been talking about adding for a long time! This guy will be ‘unlocked’ by finishing a quest in the Collector’s HQ, and will grant you the ability to turn your silver skillpoints into talent orbs (and the other way around!)

Of course, as such he needed a portrait:

Meanwhile, Fred’s been continuing on with refining the Bishop animations, making sure the battle against him looks as good as possible! Here’s some more of his animations:


Can’t believe you’re still working so regurlarly on Secrets of grindea, I’ve bought the alpha so long ago, that’s awesome !
I’ve got really good memories on this game, I’m waiting for it to be completed to replay it again ! :D
Also, I’m a Python dev, if you guys need something python related, I would be happy to help.
Cheers !