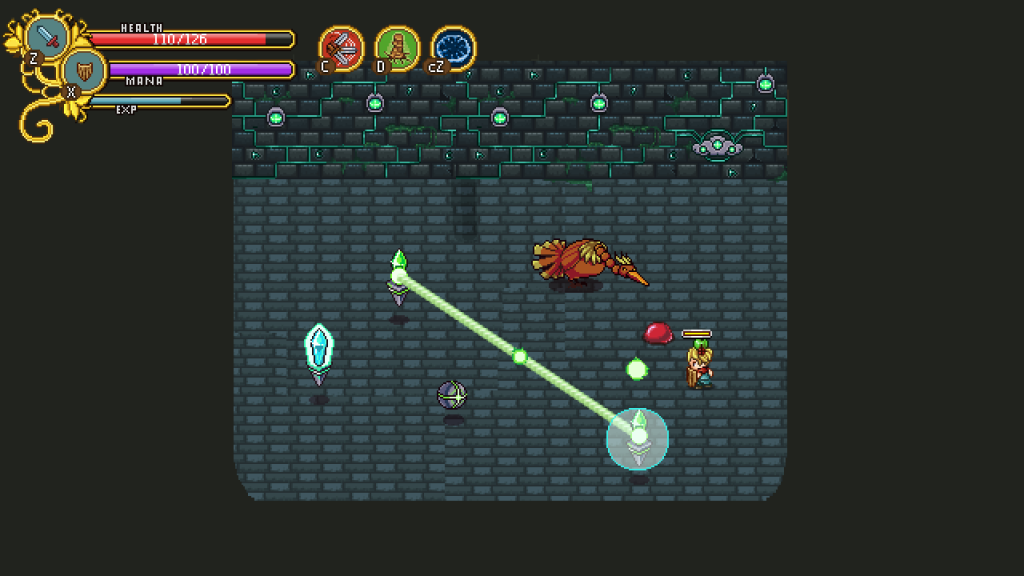 
Are you guys serious!? Is this the real development crew!? Ohh my…

I like the bird, but imho it doesn’t fit very well into this place. The other enemies are interesting, I rather have less enemies that are actually different and need different handling than a bunch of enemies that only differ in the grafics. Good job!

As for the video, well… maybe I’m studying the wrong thing o0. All I have to say: Mahlzeit! (Enjoy your meal ;)).


Men va faaaan Fred, skulle ju sagt att du var i Visby!
(The hell man, should have told me you were stayin in Visby!)


@McToast We agree that the bird doesn’t fit well into that room! The temple has some segments that are outside, though, and that’s where you’ll battle these guys :)

Great to hear you like what you see! :D

Ok, that sounds plausible :). Maybe it’s a bit too far, because I don’t know the whole temple design, but when I look at the temple floor and wall I’d expect some kind of “tech-zombo”. Slow, but heavily armored, maybe spitting some sort of acid that empties your shieldbar when blocked and not perfectly guarded. Just some ideas =).

But I’ll buy at least 3 copies of the game anyway, from what I’ve seen now it’s going to be one of those inconspicous little games that you start every few years and then play through the nights for some weeks. Can’t stop to watch the YT videos :).


The video is great, funny. :> I don’t even miss those brain cells anymore. xD

I am hunger. ~Vanilmirth, Ragnarok Online


I love the guardian enemies! They have really interesting attacks. Also love the vid. I think I’ll buy 4 copies when it gets released. Is there going to be a boss monster in the dungeon?


This video is very fun.


@PhoenixOfTheFire: Yes, there’ll be a boss battle at the end, and a miniboss in the middle as well! :D


Any chance of an interview, preview or demo?


Wow look at those graphics… It almost looks like you guys are real!!! How did you get them to look so real in just one week since your last update? Ahh it is fun to be facetious, but I really enjoyed the video and keep up the good work on Secrets of Grindea it is in my top two most anticipated games and it is tied for number one :D


Haha, Guile’s theme goes with everything.