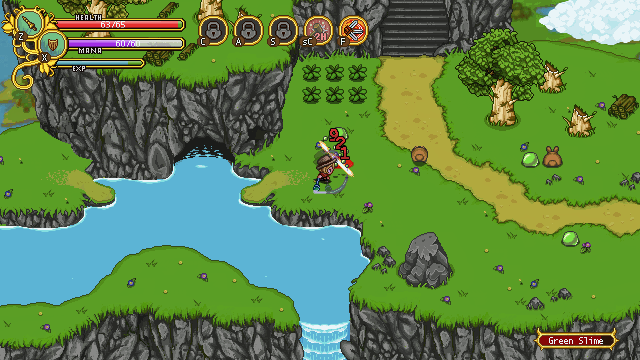 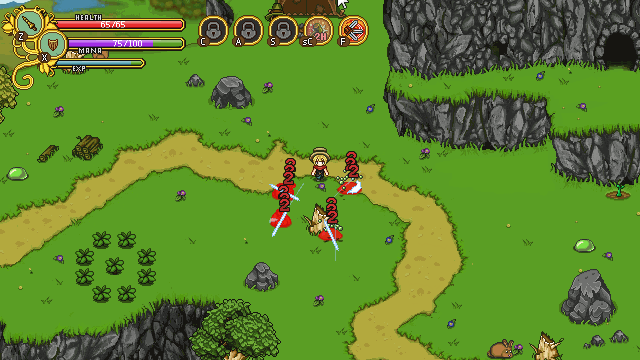 
Looks pretty good =] but with the Spirit Slash, would it be possible to make your character flash between enemies? because I think it would make the player feel like they are doing more damage and it would look cooler ;D just a suggestion.


AWESOME! Even more skills!
I got a question going through my head since last tuesday: Is there a way to craft things or to forge swords and armor? That would add a really cool feature to the game!


I’m so badly waiting for your game :D
I wonder if any SDK will be available too ?


Yeah, you can craft stuff with all the loot you find! :)


Awesome stuff. I have a couple of questions.

Can you have more than one active skill taking up a portion of your mana bar or is it limited to one?

Also, with the shadow clones, does each clone have its own collision detection or does their damage just get applied to your main character?

I’m just interested in the decisions you’ve made on how you’ve implemented a lot the mechanics in this game.


I’m liking the new nameplate-as-HP-bar thing we’re seeing here. I didn’t notice it in the weapon throw gif before, but I suppose it’s been in for a while. :P


@Sogomn: As unK said, there’s a bunch of crafting in the game! Here’s an old blog post about it: http://www.secretsofgrindea.com/index.php/blog/1437

@Mic: There’re no plans for it for the initial release. If the gods are willing (and I’m not dead), perhaps after!

@Adam: 1) You can use as many mana reserving skills as your mana pool allows! If you want to, you can have a bunch of them on at the same time, and stick to basic attacks (since you won’t have any spare mana to cast more spells).

2) Each clone has its own collision rather than just adding additional delayed damage. If this proves to be overpowered (because of extended hitbox time) or annoying (because clones can miss), we’ll change it around!


The skills look amazing! Once again, I’m really impressed by the smooth animations, they look so good!


Awesome! I love crafting! Cool animations from Fred yesterday, by the way! :)