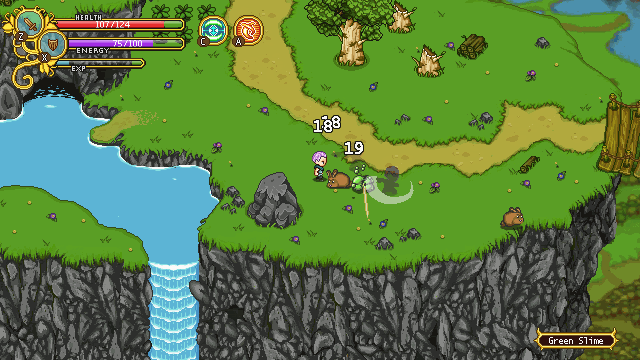 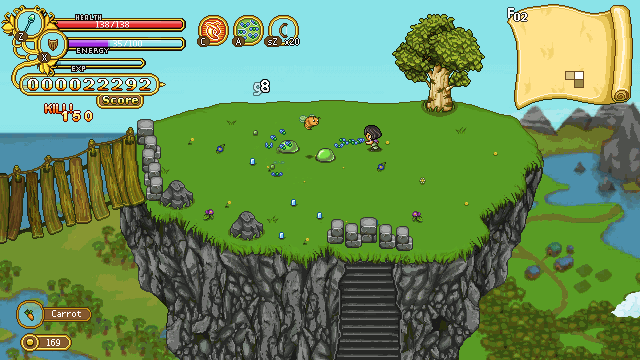 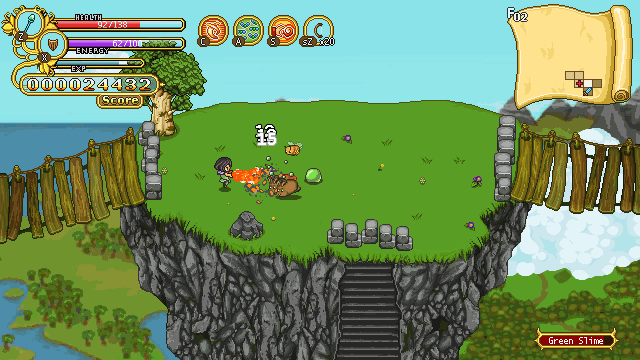 
I can see the silver charge Flame Thrower being really strong since you can move at full speed. Maybe Give a small movement reduction when you are using it. Or maybe the longer you charge it the slower you will end up moving? Thus, giving you a viable option to move quicker and do less damage or just charge it all the way and move at 10, 15 or 20% reduced rate.


The Flame Thrower looks a little bit to strong.. how Fenyur said u can move at fullspeed and dmg all enemies pretty strong for Arcade mode :)


Wow, lots of progress. I like the looks of how the swarm spell plays out.


Woah! So many new features in one post. Great job, I really like the swarm spell! It has very creative and innovative mechanics which will make it fun and interesting to use.


For those saying the flamethrower is too strong, remember that this is SILVER charge. To even get to silver charge you need minimum floor 4. The gif showed floor 2 monsters, so it’s definitely going to look strong ;3.


What about showing the health bars about creeps whenever they take damage? It’s hard to follow how much HP each one of them have left when attacking more than 3 creeps at once


Fair point IHeartPieGaming. When the mobs only have 100hp and you do 5 ticks of 20hp in 2 seconds or whatever, that does make it strong. Seeing as it will only be available on floor 4 or greater when the mobs have considerable hp pools, I can see this being balance.

That point aside, I really love the insects as well. I was always a fan of the insect swarm in diablo 3 and how it bounces if something dies, makes for a high skill cap and really fun to use regardless.


So many new spells, wow! The insect swarm is very cool idea but for example the plant spell is in comparison to the insects really underpowered since it can’t move.
But a nice update though, keep it up!


It’s all purely situational abilities. Some work better in some places, while others work much more effectively. Take Blade Flurry, or Flame Thrower, one lets you move, but one will always do more damage (Blade Flurry). Got to find what works for you.


Spirit Slash is the best skill ever! \o/