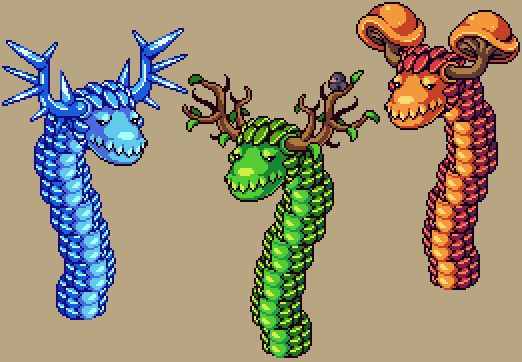 
Is has shrooms on his head! Awesome!
The new portraits look grad aswell!


Oh my gosh!!!
Is that bird going to be moving as the boss moves??


Holy hell this Hydra is amazing, can’t wait for some animations :D


“Players will have the ability to change the seasons during the battle and will have to do so on a regular basis to avoid overpowering one of the heads.”

…? Wouldn’t you /want/ to overpower the boss? That’s why the goal is to win, isn’t it? I think this is just bad word choice maybe.


Wow! This is a very cool original boss idea! I love it! And the sprites look amazing, too!

And man! Vilya is just pumping out those portraits, good job!