This week we continue to prepare things for a mini-patch adding the new features we talked about last week (new damage numbers etc)!

Remember the Accessory shop from the last recap? Well, someone has to run it! Time for another portrait~

This girl comes from the Merchant Isles and has moved to Evergrind City to open her Accessory shop! Her father and brother will be visiting as well, checking out her new business, so they will be upcoming portraits later on :)

Last week I also mentioned adding some stuff to the world map. A big thanks to Own who came up with the great idea in this thread :)

So, for a long time now we’ve wanted to add some things to the world map in order to give more clarity for people wishing to 100% the game and as a general incentive to explore each area a bit more thoroughly (if you see how many secrets you have left you feel more inclined to find the rest, right?) 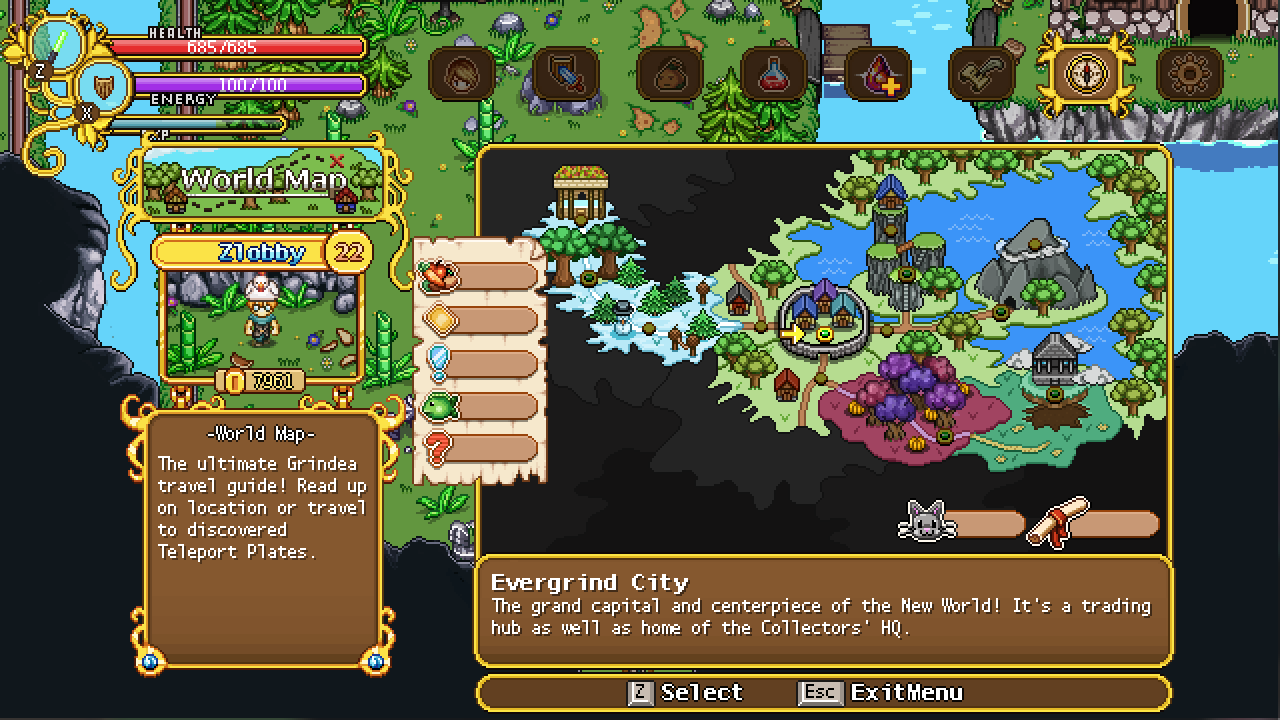 So anyway! We have two sets of additions. First, a bunch of icons on the left side, indicating (in order) Enemy drops, Cards, Quests, Fishes and Secrets. Next to these icons will be a counter showing how many you’ve got vs how many there are (for example 06/10). These numbers are map specific and will change depending on which part of the map you’re hovering over.

The second part is the pet and map counter in the lower right corner of the map, indicating how many pets and maps you’ve found vs hos many there are. These are global and will show the same number regardless of which area you’ve currently selected.

We also plan on adding a percentage next to each area name, so in the case above, it would say “Evergrind City 48%” indicating I have achieved 48% completion of said area. As some things get added in patches or you unlock new quests as you progress through the story, it will be possible to get 100% on one area, only to have it revert back to say 70% as new content gets unlocked. When this happens you’ll get a notice letting you know your map has been updated, and there will be a “New” sign above each part of the map with new stuff to do/find :)

First of all, it’s time to rebuild some of the puzzle pieces that make up the world map. These will be changed further as we go along and add the desert map & the maps past it. But first things first! This time, it’s the upper left corner that has been adjusted. 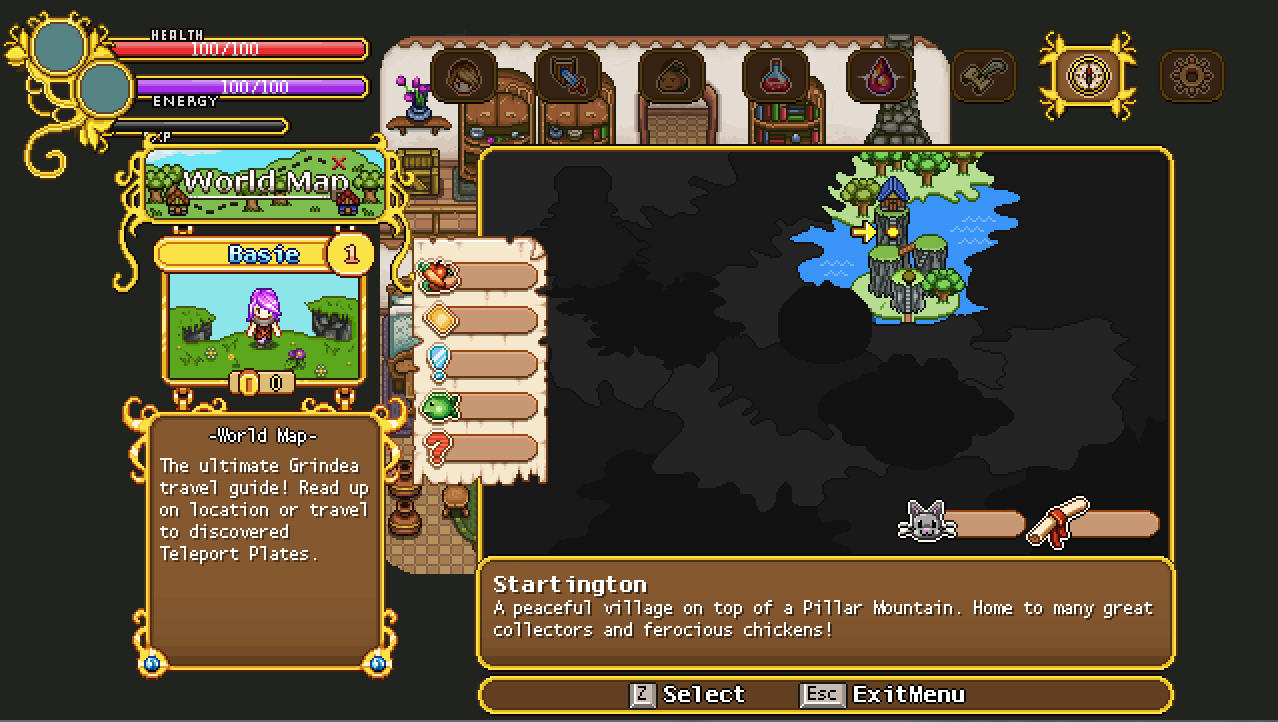 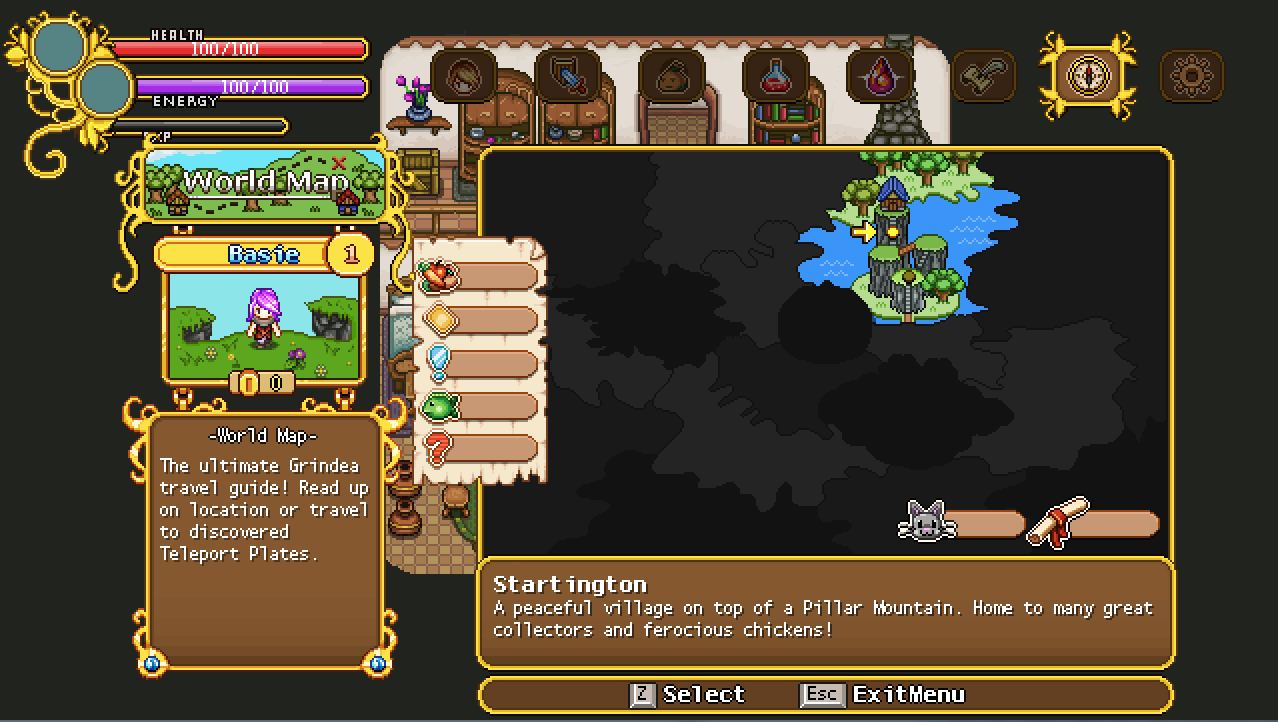 Next, time to take a look at what happens beneath those puzzle pieces… Previously, we hadn’t added the ancient ruins above the western Evergrind fields, so there was no need to include it on the world map. Now that it’s been implemented, no more excuses!

We also expanded the size of the winter area a bit in the process, filling out some empty spaces and making sure the ruins don’t look too big compared to their size in the game. 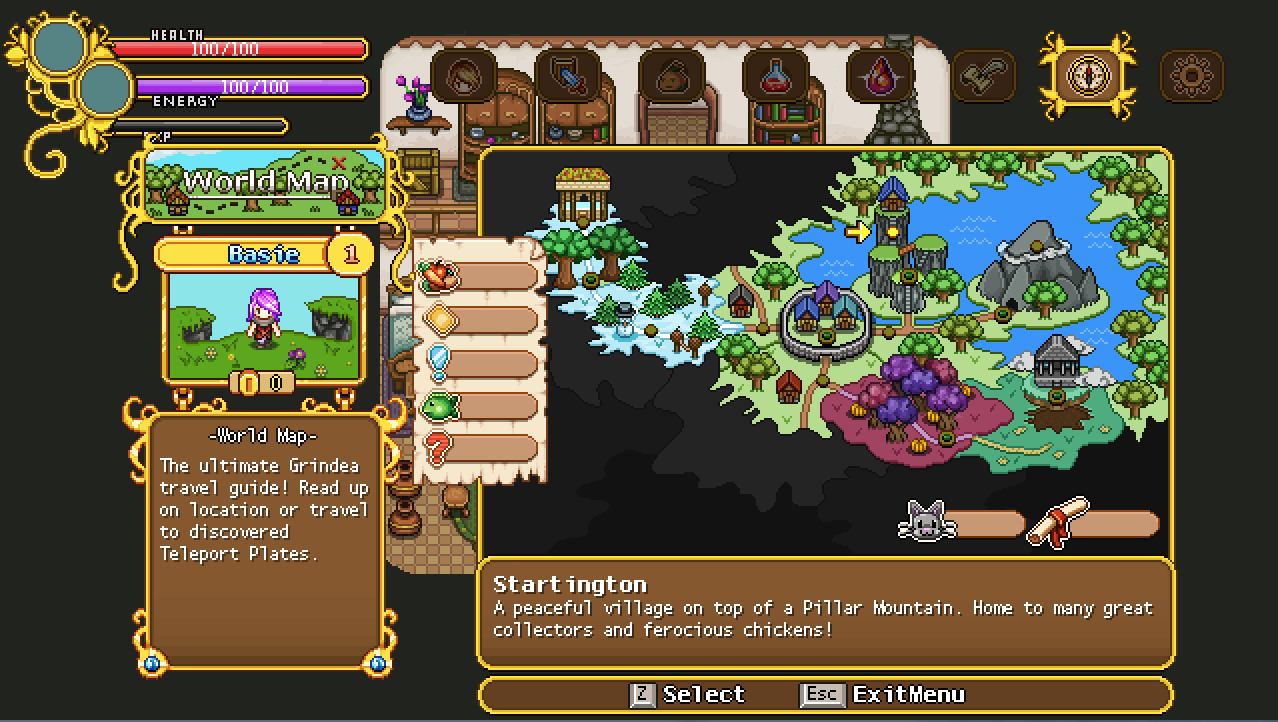 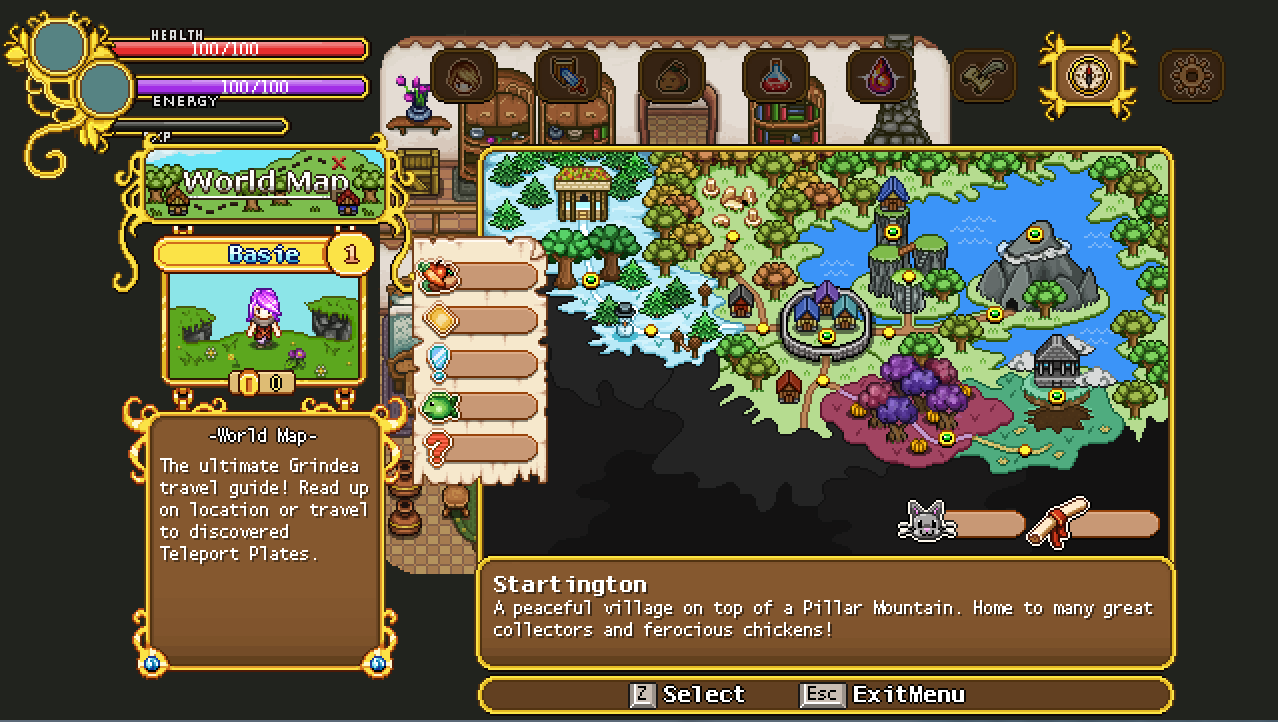 But what about Tai Ming, you ask? Of course, the old town needs some kind of indicator as well! We’ve solved that by adding a speech bubble indicating the city’s past or present state (depending on how far along the story you are) once you enter the town for the first time:

Finally, I made the stars which will indicate when you’ve achieved 100% completion of an area. I thought my 200+ hour character Masken who I use to bug test things would have a ton of these stars, but turns around I’m a terrible Collector – no stars for me :(

How many will you get once this gets uploaded to the beta? :D

It’s always fun painting broken glass and vases, so I got to have some fun with this! Also had to split the table in two, so the flashback orb can be placed in the middle, showing everyone around the table! 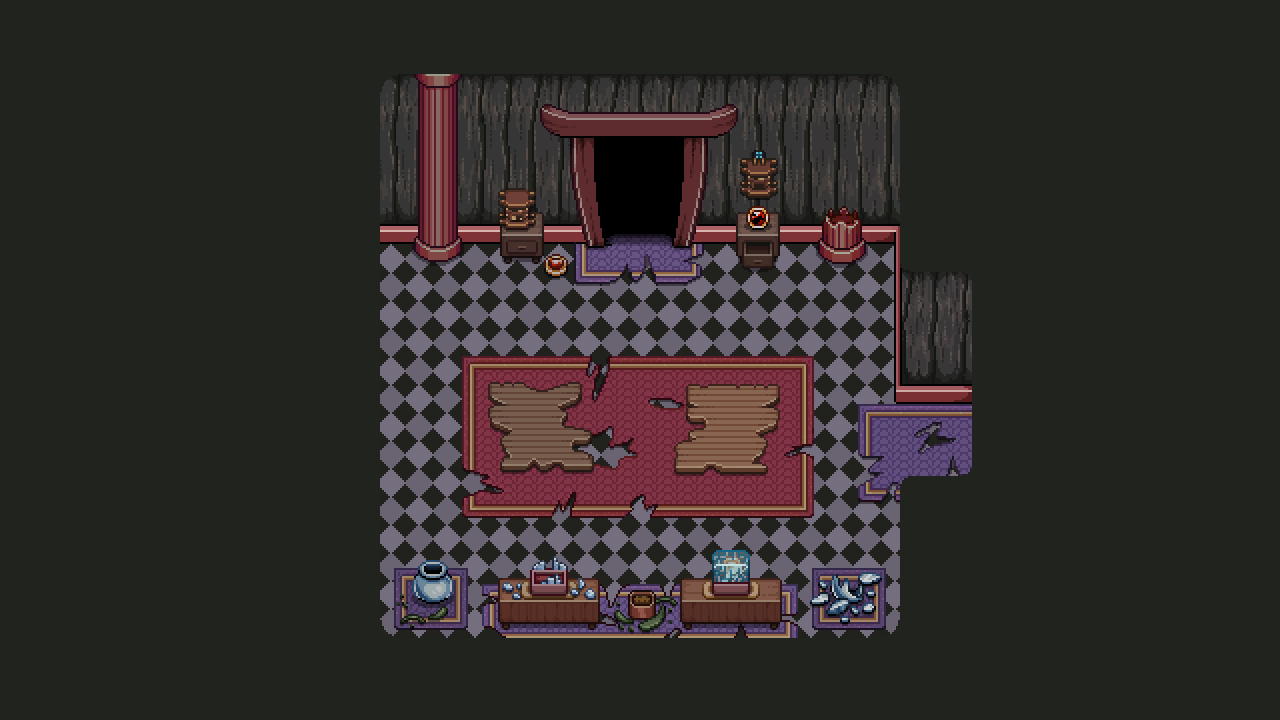 Also, no enemies in this room so no problem having a bunch of props lying around :)


I really love these new additions! This one and the last one, the damage numbers are amazing :D