Another week has gone by, this one focused on finishing up the second to last Tai Ming map, more housing items, and a lot of prototyping action!

A lot of things will happen on the courtyard map we showed last week, so it needs a whole bunch of different states. First, I’ll add some dirt and burn effect to the ground where the fire is raging:

Basically I paint dirt wherever the fire is, and repaint any bushes, trees, etc to darker, burned crisp versions. Some props, like the whack-able bushes, get completely destroyed and only leave a stump behind. While it would probably be more realistic to just remove everything except for maybe the trees, we felt like keeping the props with a burn effect on would make the map look more interesting than if everything was simply removed.

I also changed the color of the grass in the circle to a slightly more yellow-reddish hue, which would go along better with the flames: 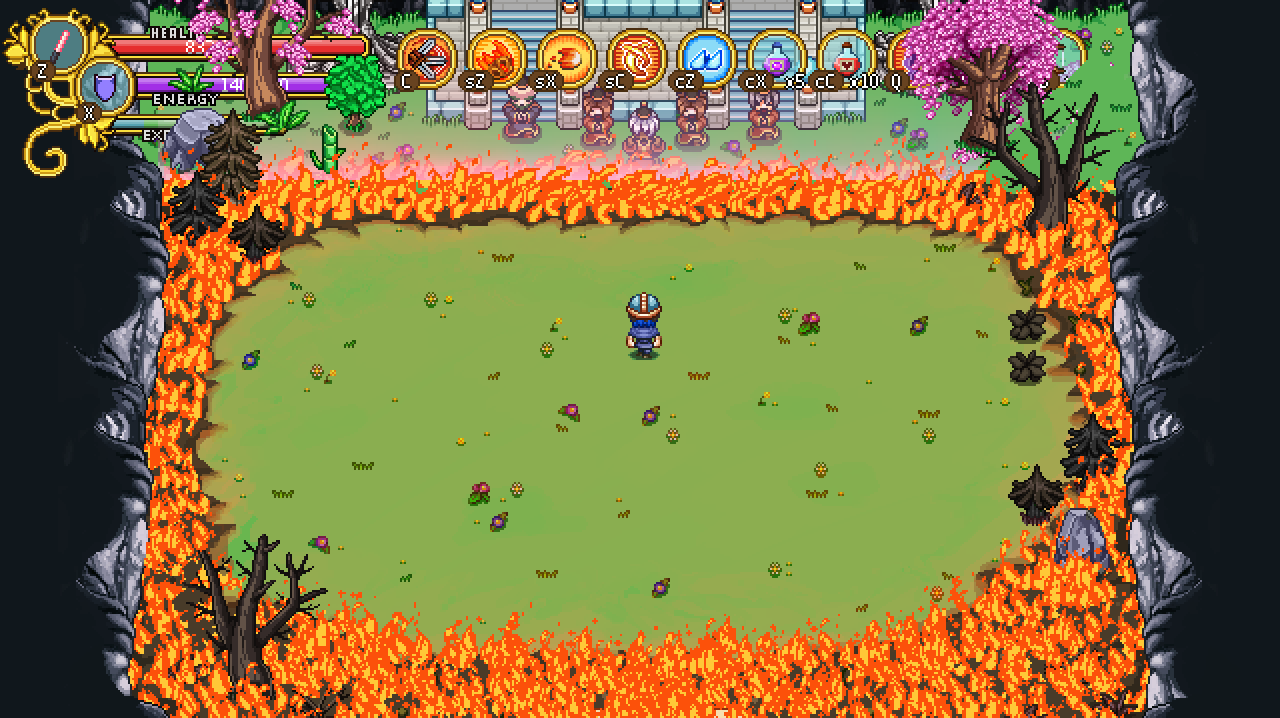 Of course, once the effect we showed last week is put on top of this, things will look slightly different. But there’s a basic preview, anyway!

Now, time for some polish!

Previously I had not yet added the door in the back of the courtyard, so I went ahead and made that. There’s both an opened and closed version:

Since I wasn’t 100% satisfied with the way the cloth fall at the end of the ‘altar’, I decided to go back and edit the shape slightly:

The courtyard still felt a bit empty, and not messy enough (some stuff is going down!), so I threw in a bunch of planks, some broken glass, and other stuff. In the burned version, I added a burn effect only on the parts of each object that’s within the fire: 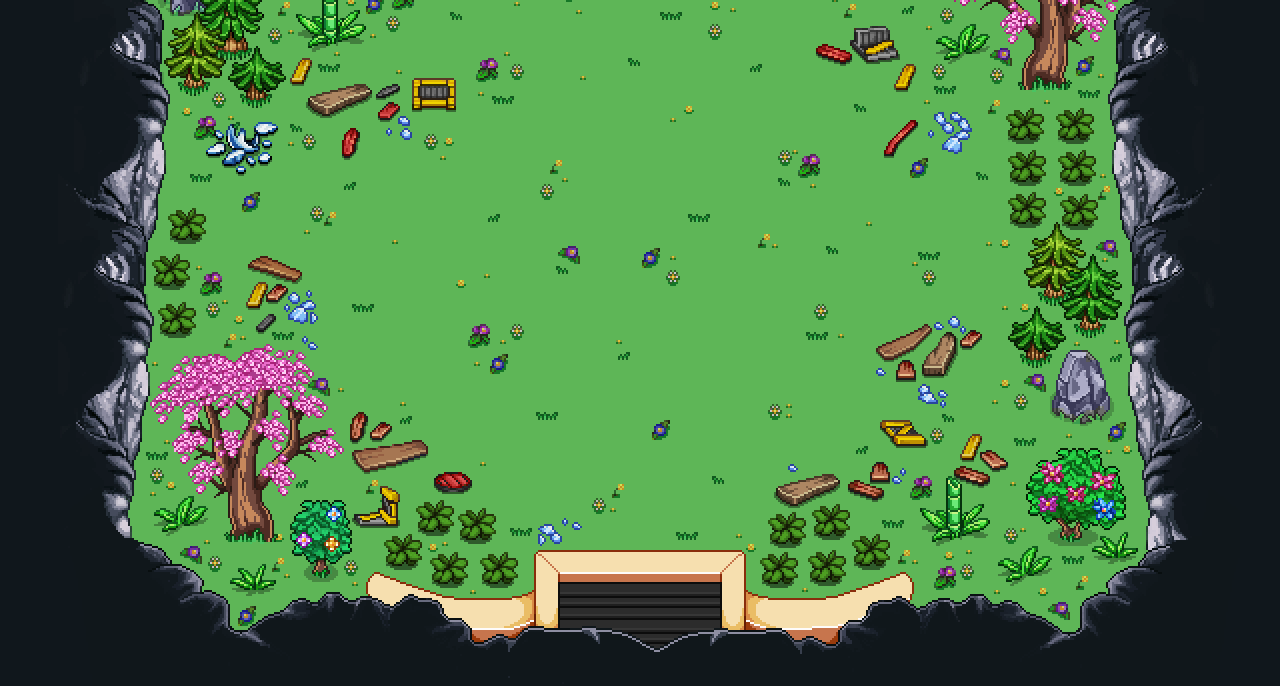 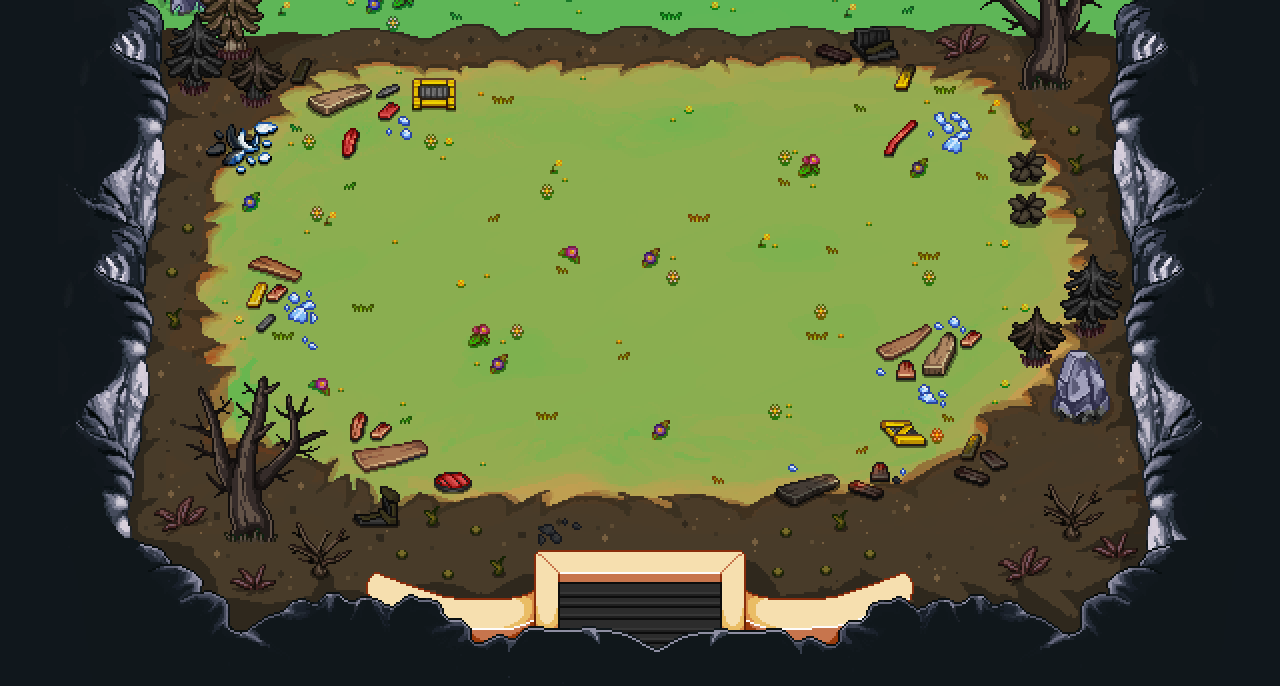 Finally, due to another time jump, there was need of a version of this place after the fire, where some time has passed. In order to illustrate that we added some newly grown grass, but not too much, since not that much time has passed at this point: 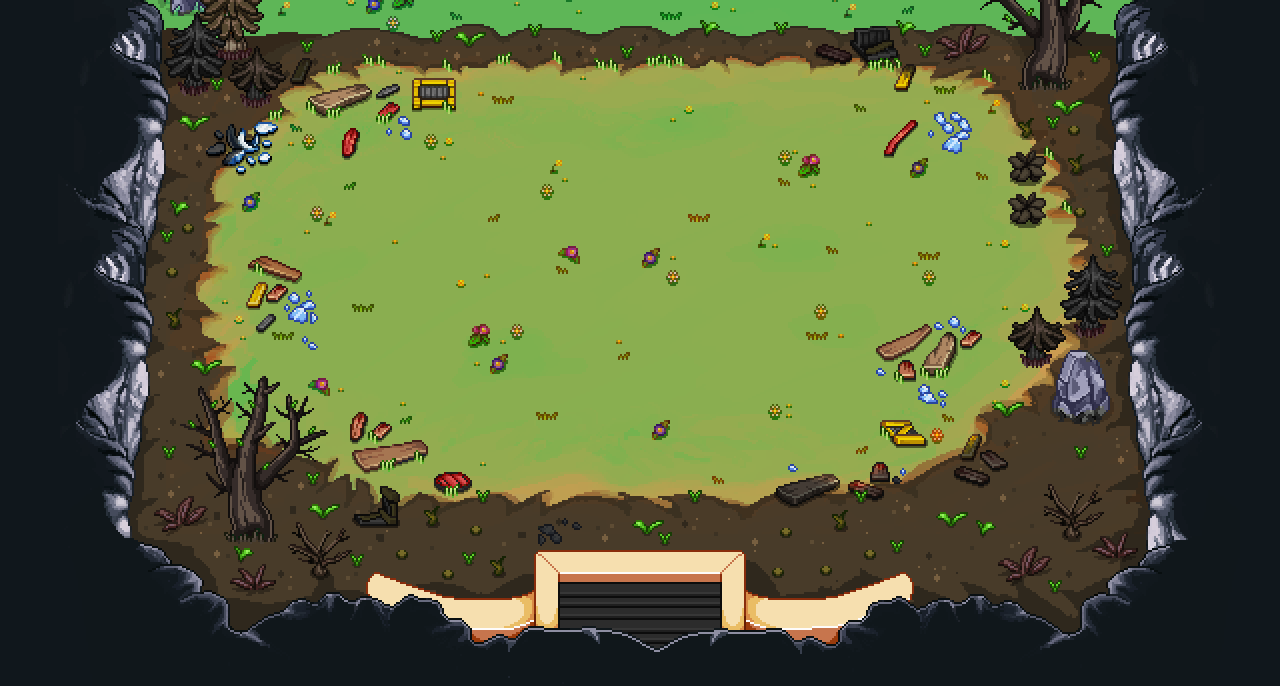 And now, the final part of the courtyard project: the present version!

First up, a GIF of the demolishing progress of the entrance/exit:

And then, a GIF of the transformation of the whole area! As usual, it’s all about breaking down items and adding more greenery. This map too will have two versions, one with a closed door and one with it open:

Final thing (some objects will be replaced automatically by the game engine): 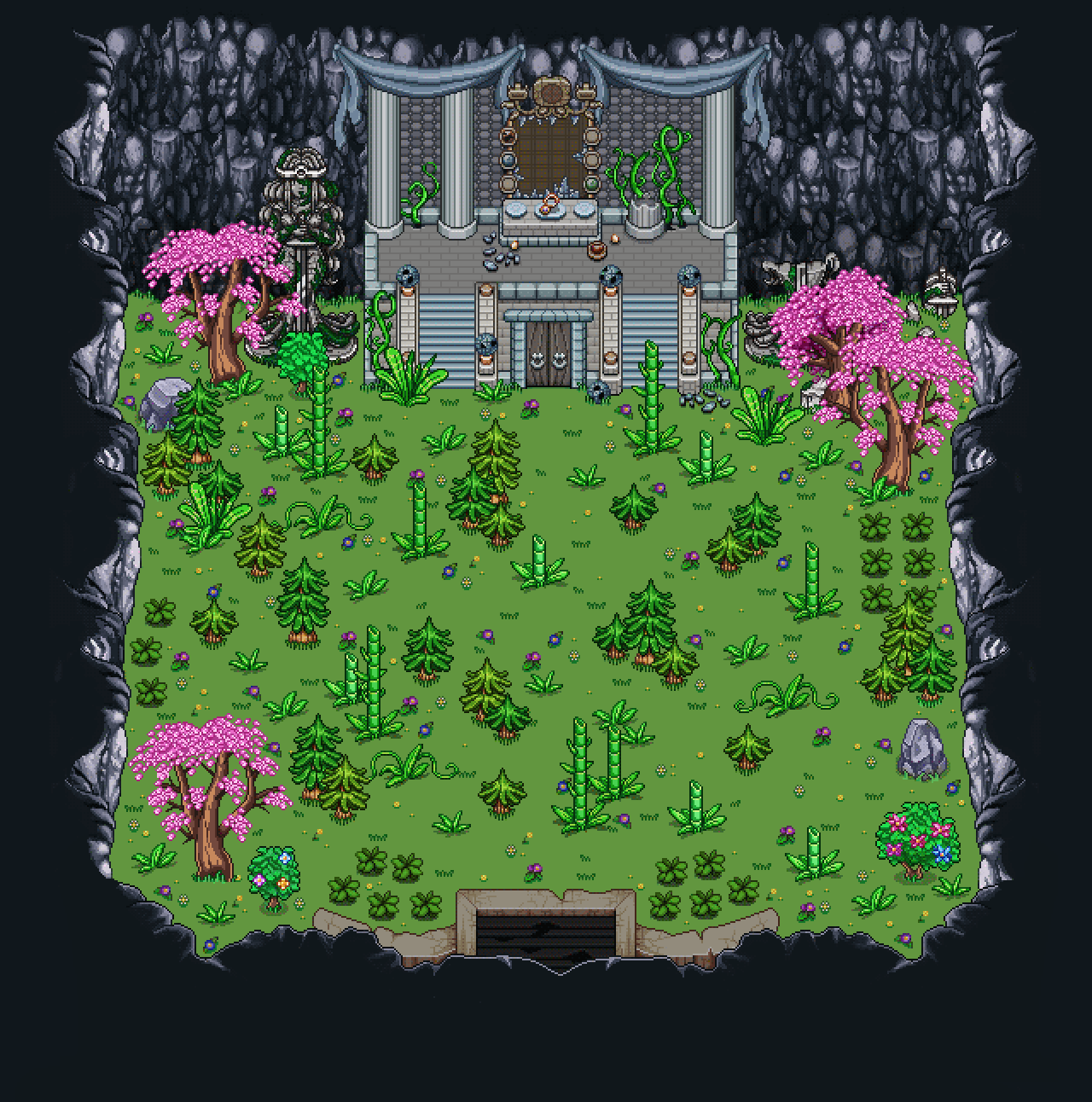 In the housing department, it’s time to create the batch unlocked by entering Seasonne, and here are the basic items that will be available~ 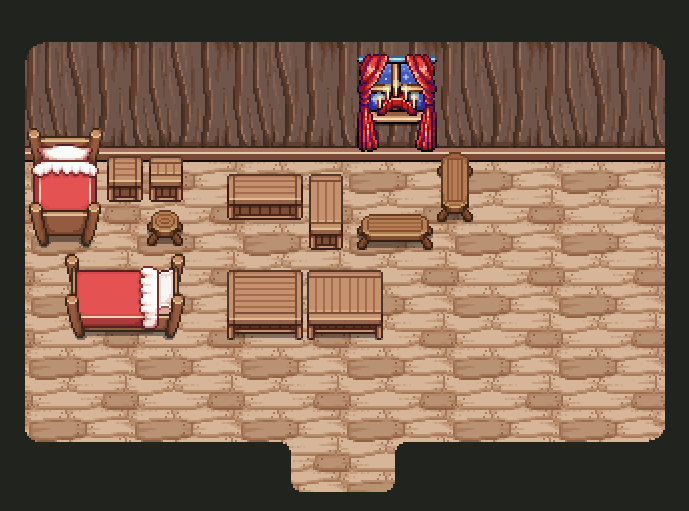 While there aren’t a ton of christmas-y items here yet, rest assured there will be a whole bunch of them before I’m done with this batch! Christmas trees, piles of presents, greenery hanging on the wall, christmas stockings…! Just you wait and see.

Also, feel free to suggest other christmas-inspired items (or any kind, really) here or on the forums :3

And now, some of Fred’s animations, featuring the second stage of the Mimic fight:


The pixel art is amazing as always :D


Wow, it’s been a while since I last commented on the dev blog!
I’ve been playing SoG a lot lately and it’s still as good as when I played it the first time. With all the new items and things to farm the grinding becomes a lot of fun.
Also the phase shift puzzles were… just wow! Some were really challenging and it took me quite some time to solve them. Also I loved these puzzles inside the puzzle, where you can go alternative routes to secure some extra loot.
Unfortunately I don’t have time at the moment to write a full review about the new updates on the forum but I’ll definitely do in the future!
The new additions are looking great and I can’t wait to play them!!