This week, the skill rebalance and Arcadia Rework continues!

Fred and Teddy are both hard at work getting new and reworked effects and mechanics into the game, and one of the possibly bigger changes have been coming together over the last week: the new chill and freeze effects!

The ice skills, or rather the Ice Nova and Ice Spikes, will both be able to chill and freeze every enemy on the game! Previously this was reserved for regular enemies, but now they’ll affect bosses as well, drastically improving the skills which have been rather underwhelming against bosses before.

Because there was no way we could use the old effect on enemies as big as the bosses, we had to sit down and try to solve this issue by making an entirely new freeze shader instead. This was all done by Teddy and has had several steps of iteration, two of which can be seen below: 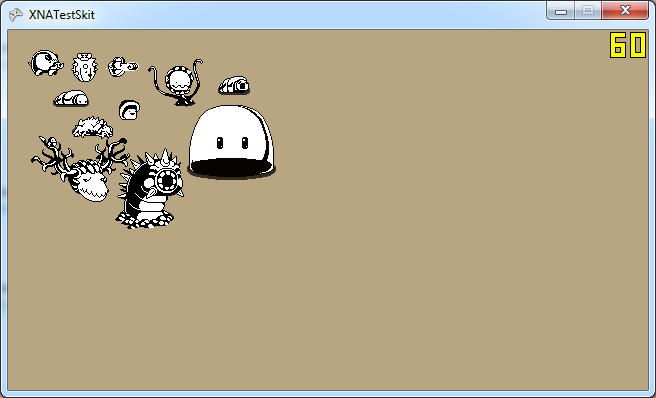 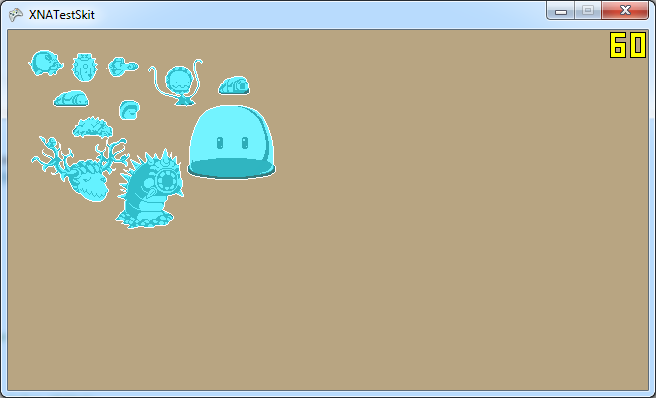 After some effects were added by Fred, we’re left with the result seen below:

The difference between a chilled and frozen enemy is pretty drastic. A chilled enemy will have a slightly altered hue, snowflakes appearing around them and frost beneath their feet. Every once in a while, an enemy might be frozen, which makes it completely unable to move. If an enemy is chilled first, the chance of this happening doubles.

Visually, a frozen enemy is tinted blue and becomes shiny, the frost and snowflakes remaining around it. There’s an increased chance of landing crits on frozen enemies, but they will only remain frozen for a short period of time or until you’ve hit it 3 times with regular-damage attacks or once if it’s a hit with bigger impact (such as the final hit of a gold-charge Heroic Slam).

Fred also wasted no time jumping into refining and reworking the effects of various other skills. One that’s getting a visual and mechanic change is the Flamethrower, which as mentioned earlier won’t deal damage as you move. This meant new smoke effects had to be used:

When we talked about this last, we decided that neither silver nor gold charge would deal damage when moving. However, upon seeing various players distress at the idea of making it that much less OP, we’ve decided to try to keep the damage-while-moving on the gold charge level (which also has new graphics, by the way!):

We’ll balance this with a damage reduction instead, and if we still feel it’s too OP we might still do the full nerf with no damage while moving. Our initial idea with Flamethrower was that positioning would be key to use it, and being able to move and do damage at the same time kind of takes away from that, which is the reason we wanted to make this change to begin with (aside from the skill being too OP, especially at silver level, compared to others).

Hopefully this compromise will keep the fun feel of the skill while not making it too crazy good. It’s always difficult nerfing skills in any game because when you’re used to a skill being really OP, it typically also feels really great using it. Using such a skill after a nerf will of course cause some disappointment, but hopefully the game will be better and more balanced overall after some of these have been made.

Next, there’s been some additional graphics added to the Smash and its new ball!

Each time you hit the ball it changes color and does more damage. After three hits it’ll disappear, so you have to summon it anew. We’re still fiddling around with the arrow indicating which way the ball will go, and the graphic is likely to be changed again, at least slightly.

We’re listening to all of your feedback on our changes thus far, and it’s no secret Smash is the source of a lot of discussion. We’ll continue on this path for now, finalizing this version of the skill and uploading it with the rest once they’re done. Once you can try all the rebalanced skills all at once we’ll see how things turn out! There’s still a possibility Smash might get scrapped altogether, it all depends on what you guys feel when it’s all patched and ready for testing.

Finally, here’s a bunch of the new and improved effects Fred has been working on:

Now, time to focus on Arcadia and its rework. There’s a lot of stuff left to do before it’s anywhere near complete, so it’s time to get a move on! Here’s the next part, featuring the Inn, which will house several characters that are able to give you quests, and will help in making Arcadia a more lively town with more inhabitants: 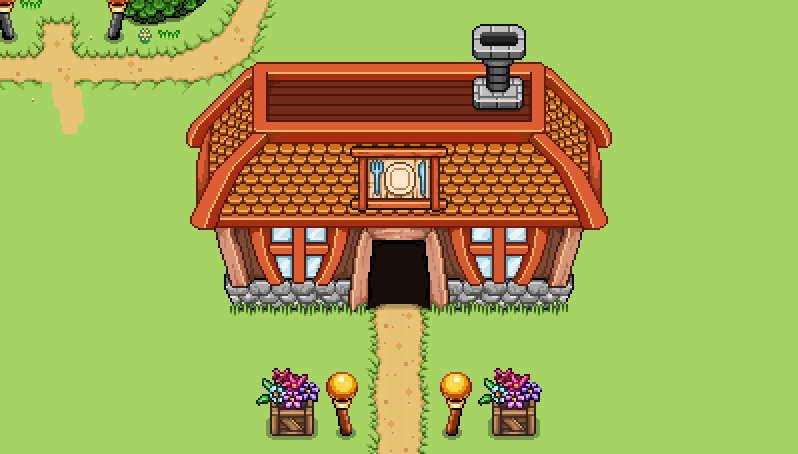 The clock tower is a brand new addition to Arcadia, by which you’ll be able to change the time of day from day to night (and possibly somewhere in between: we’ll see!). In this video I also add the Bishop, with a new and improved Grindea statue, and remake the old notice board: 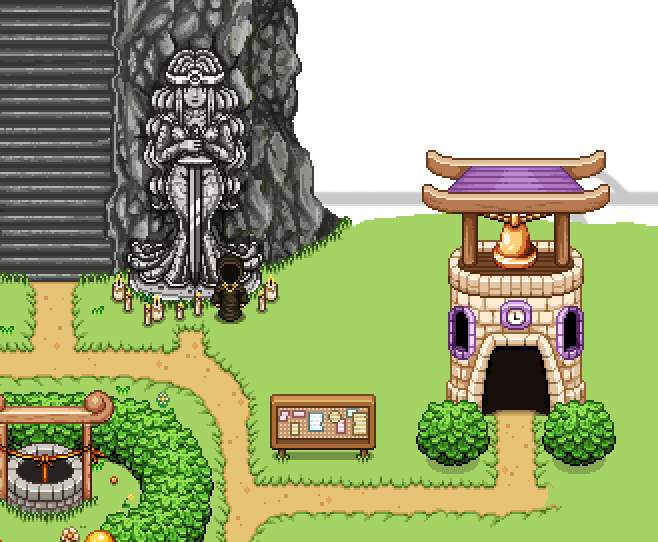 Another addition to Arcadia which weren’t available before is the farm! This building will house a set of animals – once you catch them. You’ll have the option to either let the animals roam free in town or keep them inside the pasture surrounding the farm, where no doubt Oak will be working: 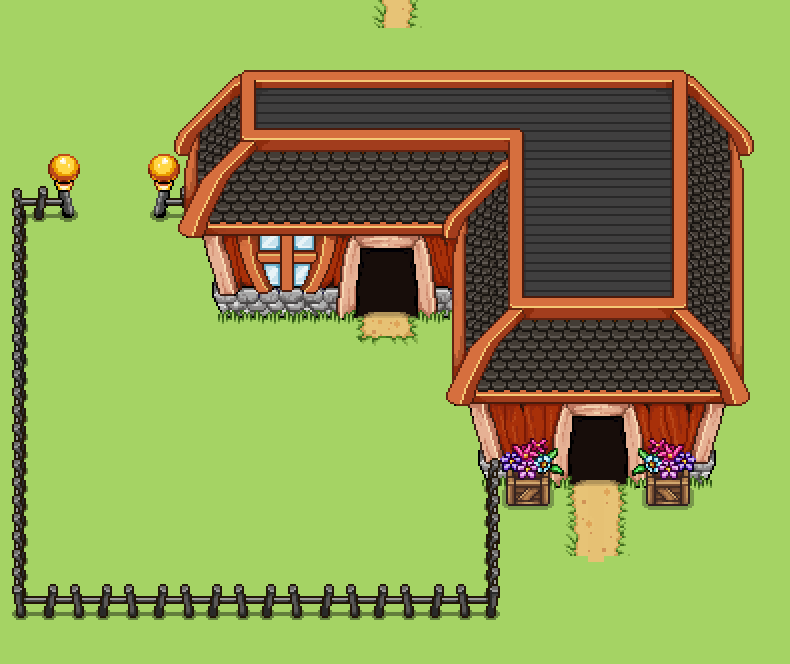 And with these new additions, here’s where we’re left: 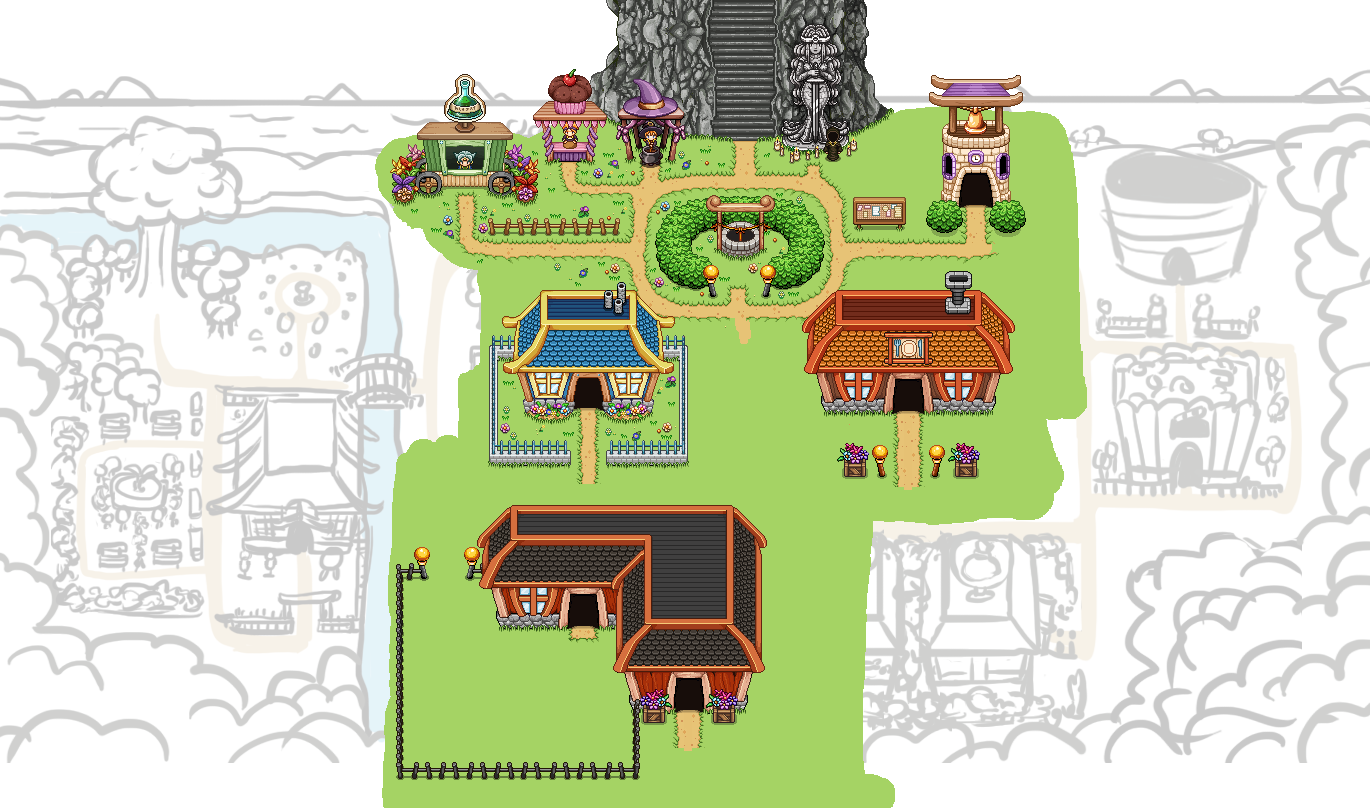 Still some way to go, but it’s starting to come together. With this, all the houses in the starting area have been finished, only missing the proper paths and decorations. The farm is the first building on one of the unlockable plots, meaning technically I could finish up the first part and add it to the game. However, since we want to make sure all the distances and stuff work out, I’ll complete the rest and make adjustments accordingly, before finishing up the area with more decorations and pathways.

Next week, there will very likely be more of the same, as we continue to get the Skill- and Arcadia Reworks ready! Stay tuned :)


I’m excited to see what will become powerful enough for top scores in arcade mode after the flamethrower nerf, and after the next few floors and new town are added. Very exciting!


Hi! I come from Vietnam, I really do not good english, so I hope you understand. I would like to comment that you should add magic skill or change it, because they are weak and not suitable for the game right now… if you wish to change it! Thank you for listening.