This week more interesting things are happening with the combat system and its skills! For one, we’ve upgraded the graphics of Blade Flurry, making the skill faster to use. Being rooted while casting a skill isn’t exactly ideal, and Blade Flurry (especially at Gold Charge) has felt rather clunky to use as a result of that. Let’s take a look at what the old version looked like:

As you can see, in the latter version your character finishes casting the skill almost immediately and is free to move after only a very short time of being rooted. Definitely feels a lot more nice!

We’ve also been playing around with Titan’s Throw, which hasn’t seen a lot of use very likely due to the fact that you throw your weapon away and won’t be able to use it until you pick it up again! As mentioned in a previous post, we’re adding the ability to get your sword back by holding the skill button for a short while (seen above).

We’ve also added a little bit of AoE damage if you do decide to pick it up manually, in order to make it more worthwhile doing so:

We also talked about adding an orb to magic weapons that deal a lower amount of damage but allows casters to stay further away from enemies. It’s been implemented as well, and works quite well for those of us who prefer to keep our distance:

Again, if you’re close enough to hit the enemy with your want, it won’t unleash the orb but your want will do a bit more damage than the orb itself would. So whether you’re into close combat or battling ’em from far away, there’s pro’s and cons to both options!

Finally, a closer look at a bunch of Fred’s animations for these things (and some others):

So, initially we kind of had hopes of having the patch up and running already. The skill changes have all been made and are fully functional, but we realized there are some more things we want to test and some things that need to be fixed before we’re satisfied enough to hand over rest of the testing to you guys!

First of all, Teddy is now working on improving the player experience when playing games with high ping as we realized some of the changes we made to the combat made things desync more than we’d like in high ping situations. Of course, it won’t be possible to make it 100% awesome if you happen to play with someone really far away or with a bad internet connection, as some desync in those cases simply can’t be avoided. However, there are things we can do to improve the experience and make it feel more smooth to play, even when it’s having difficulties.

Second, we really need to get down and dirty with the numbers, balancing each skill so it doesn’t feel too OP or too crap compared to the others. To help us with this we’ve created a document which documents exactly how much damage each skill does at different levels, and how much that is per second, per EP, etc:

In other words, this needs quite extensive research and several playthroughs with different sets of skills, to make sure it’s as balanced as possible. We also need to consider what gear is available and how strong the enemies are, and make adjustments accordingly. Already, we’ve noticed some not-particularly hard to get items give the player quite the boost with these new edits, so we’ll have to nerf a few of those to make up for the increased strength of the skills.

It’s hard to tell how long these tests will take, but hopefully we’ll have the new patch up and running within another week or two! Until then, I’ll focus on more Arcadia stuff and testing these things out!

Speaking of Arcadia, we continue with adding new buildings to its rework! Here’s another that weren’t available in the old version of the town: the Aquarium. This place will help bring more inhabitants to your town, as well as housing a display of the fishes you’ve caught on your travels inside. 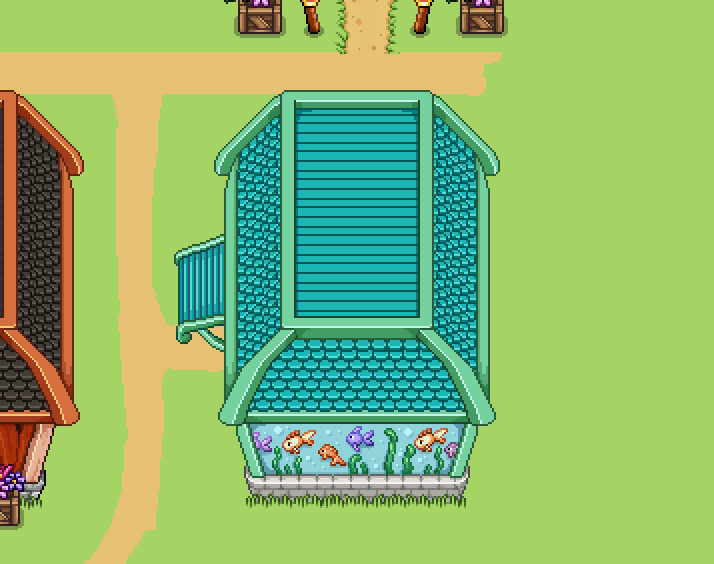 Using the Aquarium as a base, I made another new building that hasn’t been available in Arcadia before: The Bank. Here you’ll be able to trade Essence for gold, or the other way around, something which might be useful in your quest to fully expand your town or get all unlockables: 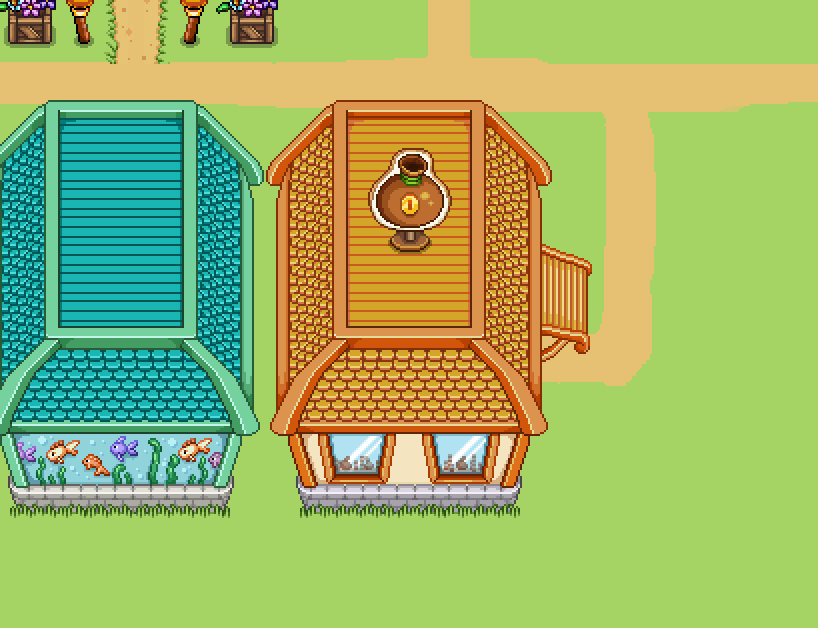 And now the time has come to add another exciting building we’re all looking forward to: the Arena! In this building you’ll not only be able to battle your friends in a set of mini-games and challenges, you’ll also be able to do practice runs against bosses and other cool things: 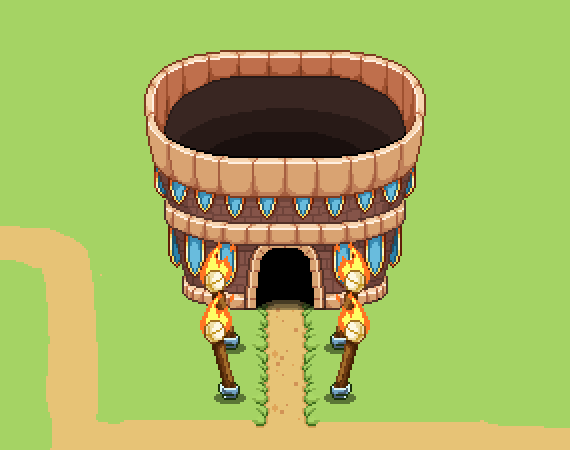 And here’s where we’re at after these buildings have been added! As mentioned before, details and paths will be added later, but for now we’re more than halfway done with each of the unlockable buildings: 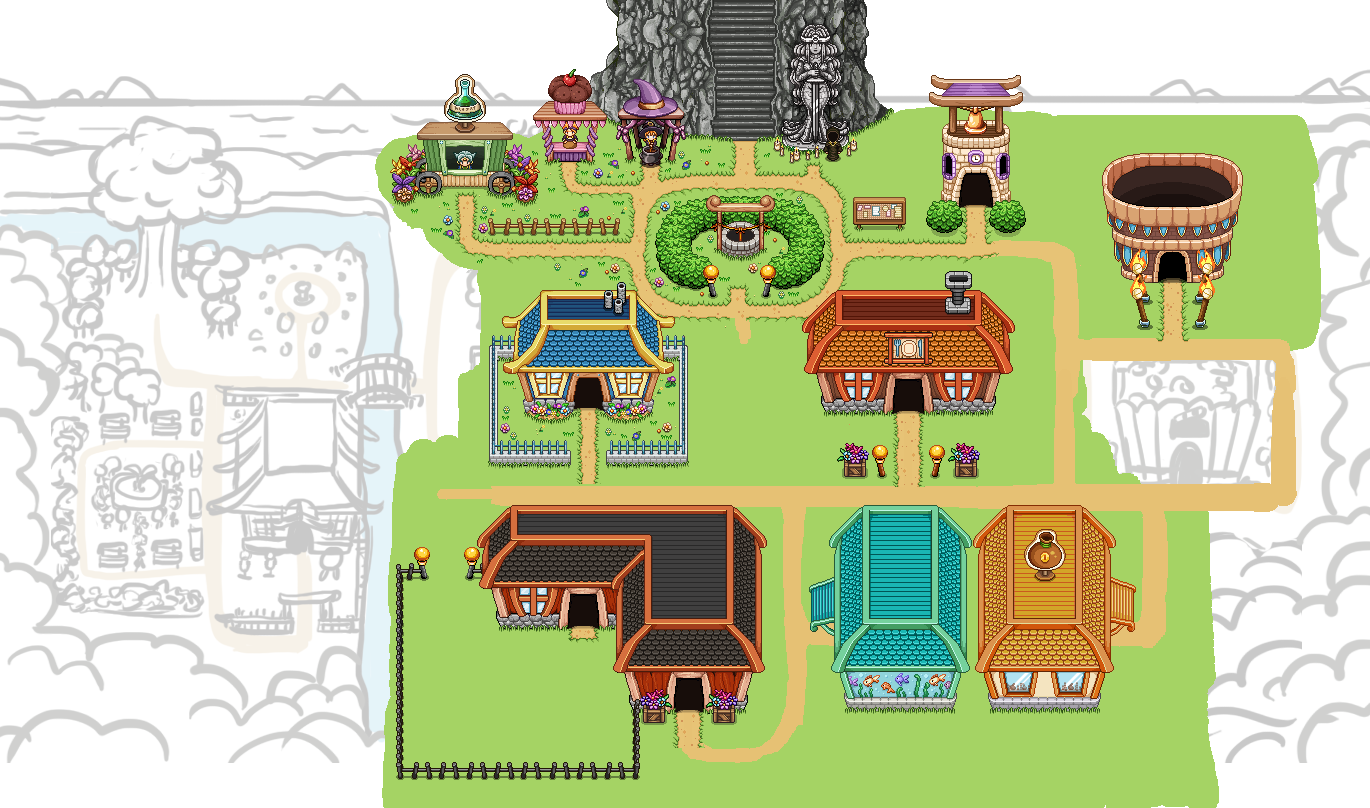 
Eyyy, I’m all for these skill upgrades! Making things more powerful and useful is way more fun than bringing powerful skills down