Time for another update on what goes on behind the scenes so to speak!

First of all, we’ve verified our Discord server (a while ago actually, but since we haven’t talked about the Discord server much on this blog I thought it was time to mention it)! What this means is basically that we got a fancy new invite link, which I would recommend you to use if you’re interested in joining our awesome community for a chat: https://discord.gg/secretsofgrindea

Come hang out with me, Teddy and the amazing people of our server :)

We’ve also recently had our annual meeting! Development wise, this isn’t really affecting anything (except that we need to actually have the meeting), but it’s a good opportunity to make sure everything’s working as it should business wise. It’s sometimes easy to forget that being an indie developer is not just a matter of doing art or programming day in and day out: sometimes we have to take care of the boring stuff as well (such as financial statements and other joyous things).

Since keeping track of our finances and making sure everything we do is properly reported to the Swedish government is something that very much affects development (in that it eats a lot of time), we’ve made the decision to get rid of as much of that as possible. In other words: hire someone to do it for us. The three of us have always taken pride in doing as much as possible by ourselves, but we feel that this bookkeeping aspect has little to do with actually making the game, and paying someone to do it for us will unlock more development time for Teddy, who has done those things so far.

And in other streamlining news, we’ve made it a lot easier to test new maps. Previously, whenever I made a sketch of a new area, Teddy had to manually load the background into the game and update the build (which can take a while). Then what often happened as we ran around the map with our characters, is that I’d find really dumb flaws that are quite obvious once you see the sketch in a more realistic setting with the full interface and all that.

So now, Teddy has made it possible for me to upload any background I need to test in the game simply by replacing a .png file in the build’s folder. This will then automatically add the map to the game, which can then be accessed through a shortcut in character select. Now I can try out the maps myself and fix all those obvious flaws before involving Fred and Teddy at all! This way, when we finally try out the map together in multiplayer, I’ve already removed distracting polish-issues like the one below: 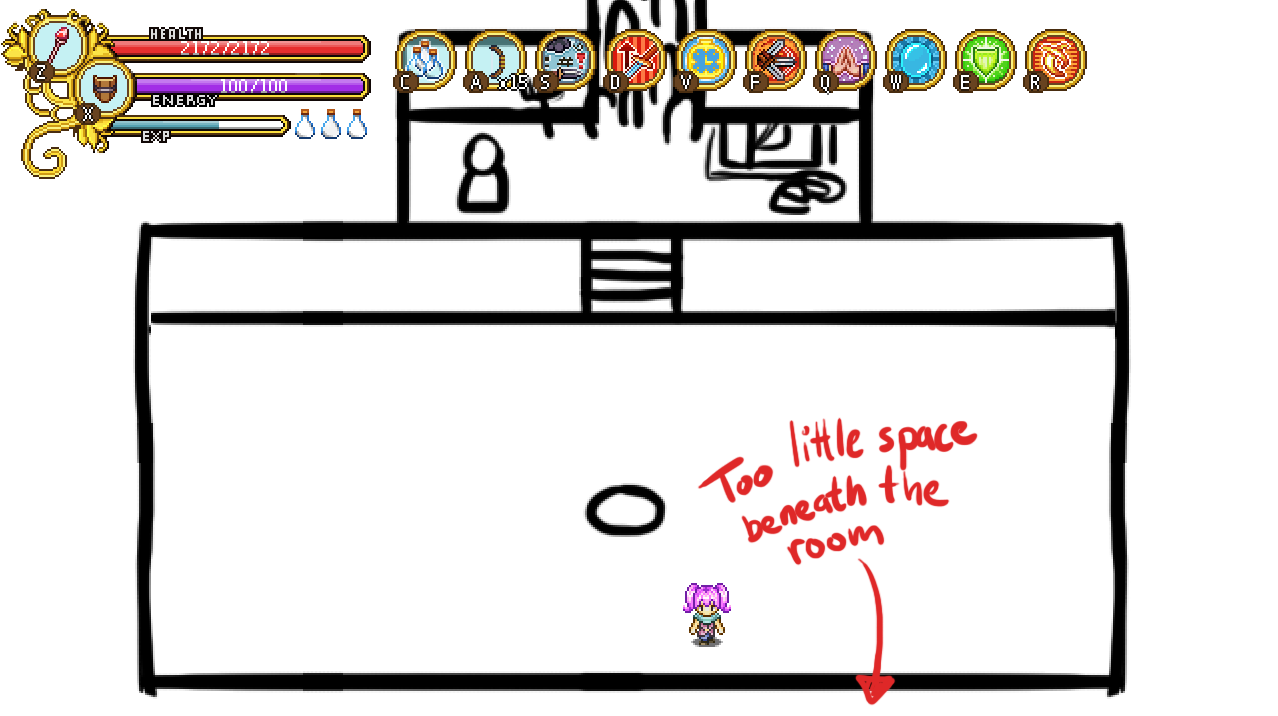 Now, time to continue with the cave system! Here’s the final cave, the one I never decorated last week when I did the others. You see, this is a very special cave, where there will be a boss fight of some sort… But I will say no more!

Anyway, this cave is a little more moist than the rest of the desert, and so there will be some greenery in here. Also some strange old rags, and a place to sleep. How odd! Here’s the WIP video: 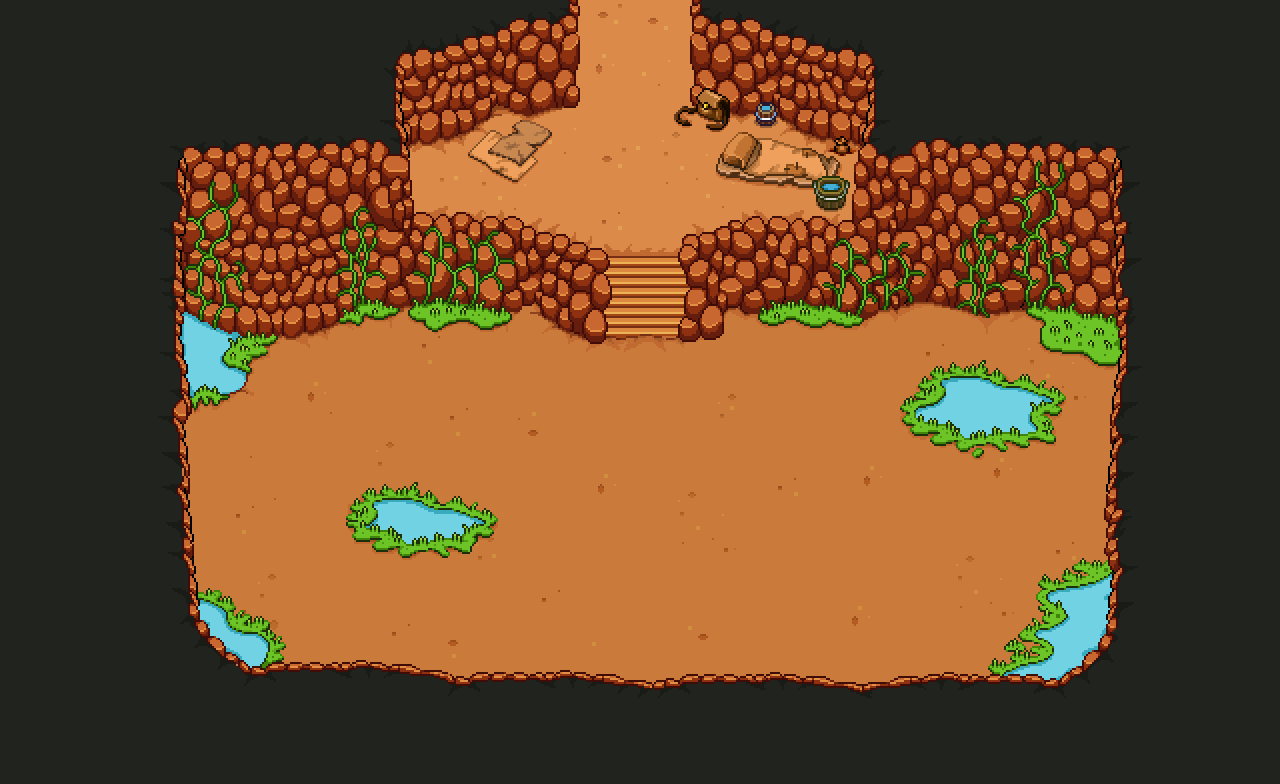 Now, finally, it’s time to move on to some interiors. The first building we’ll do is the little farmer’s hut in one of the desert maps. The first house in any new area is very important, as it will set the tone and style for the interior in the surrounding buildings as well. As such, I’ll be making a ton of new items for this house alone, and have decided to split up the work in a couple of videos!

In this first part, we begin in the lower left part of the house, creating a bench, a table, a bad, some cushions to sit on and some decorations in the form of carpets, a new flower pot and a small table cloth: 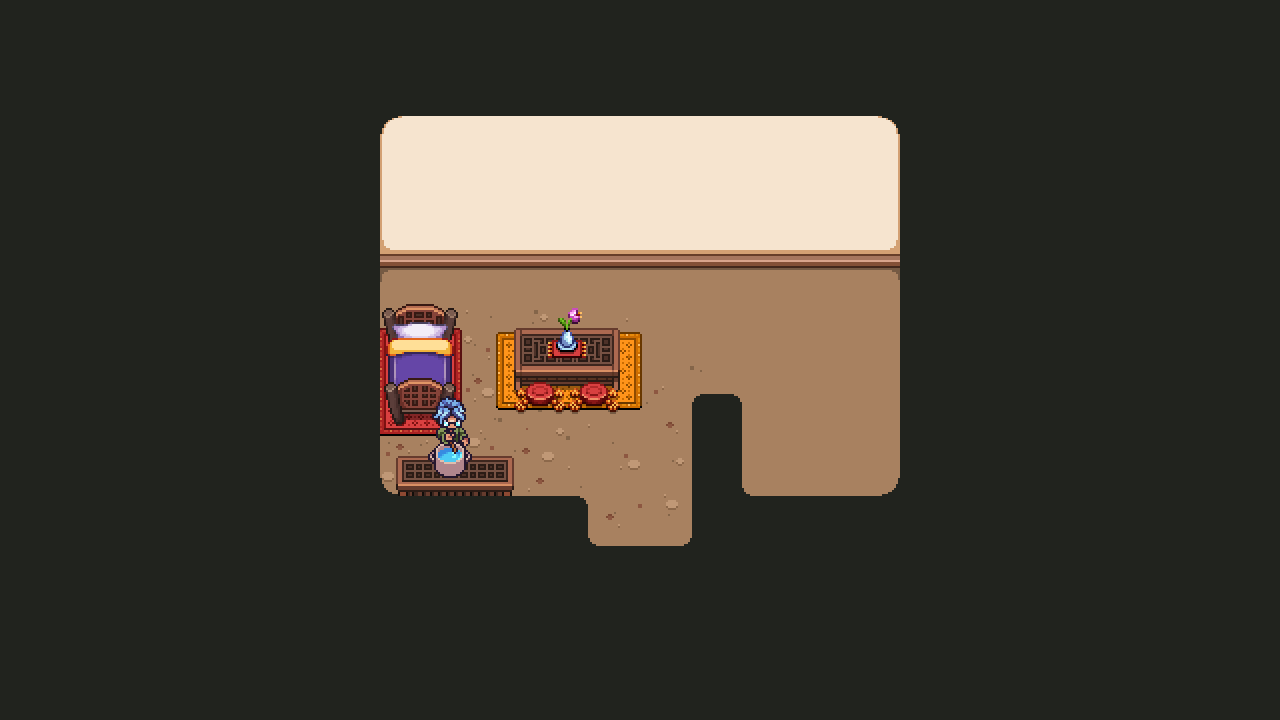 In the second part it’s time to add wall decors, a chest, another flower in a jar, the bed in another direction, a shelf – and some poor plants failing to grow that will likely only be seen in this house – they are having some troubles with their crops in this harsh desert! 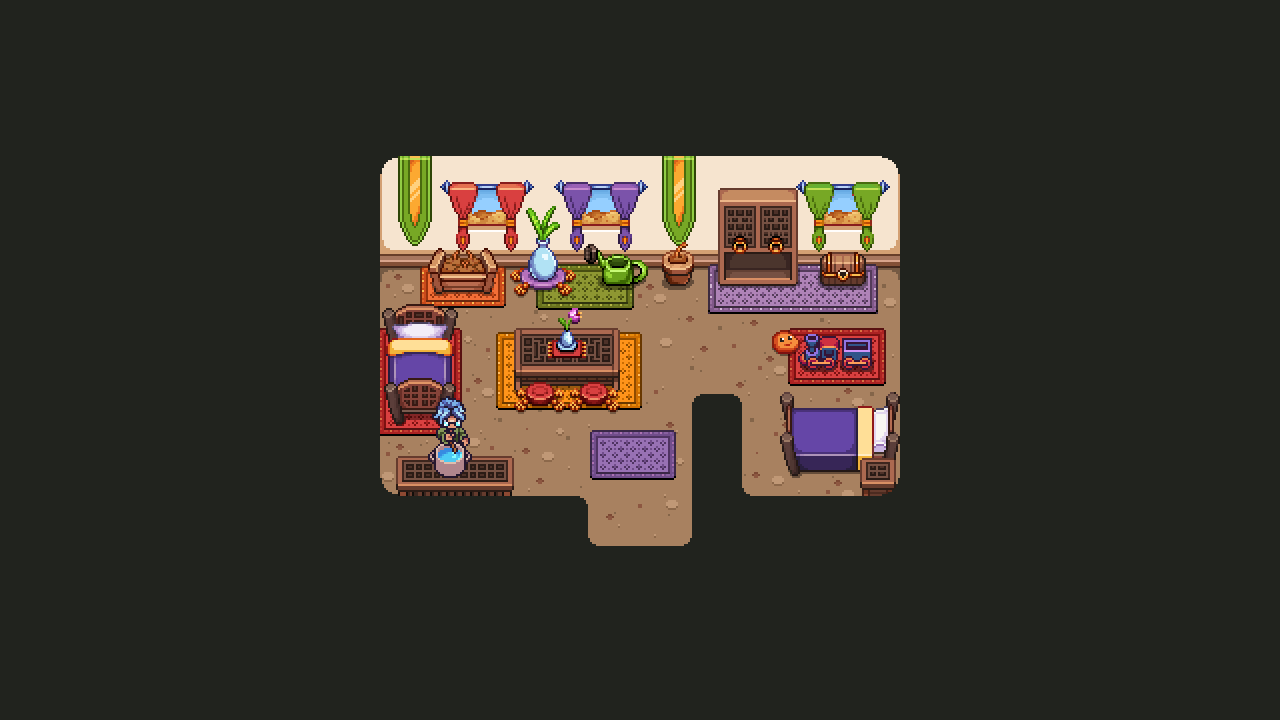 In the animation department, Fred delivers some more NPCs this week. We want the desert town to feel bustling indeed, so we need a ton of people populating the area. So, here’s another batch of people, featuring a girl sitting by the port swinging her legs, a guy applying sunscreen, and two people walking around town: