Now that the cabins have all been made, it’s time to bring the darkness down and turn ’em scary and creepy for the spirit world! I’ll mostly be using props from the previous rooms for this, so you kind of know the drill already:

Once everything else is in place, Fred will likely add some moving things to these rooms as well, for the bonus creepiness factor.

Now, we’ve seen a lot of the Ghost Ship interior, but so far we haven’t talked much about what it looks like from the outside! As those of you who have played through the desert know, you’ll catch a ride here from the Black Ferrets little boat. I’ve made a temporary sketch showing what the boat could look like, and placed the camera as it will be when you land there for the first time: 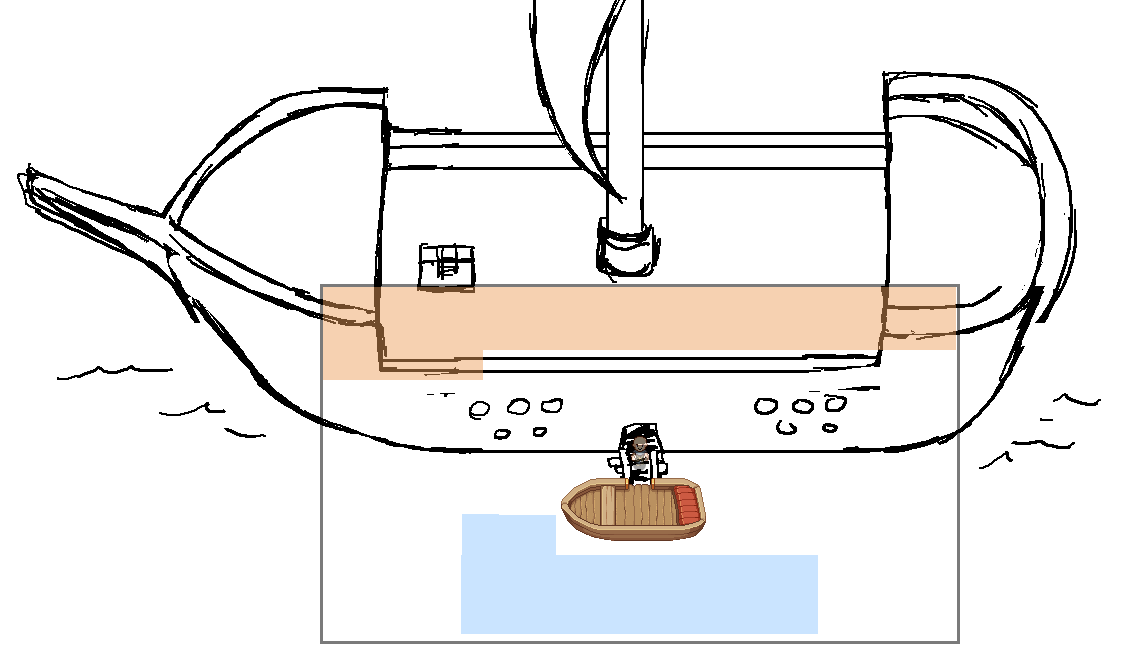 It’s not visible right now but our idea is that the ship will be surrounded by some trash and debris like ropes, nets and plants, and you’ll walk over on them into the ship through a hole in the hull. When you first get there, we’ll pan the camera over the top of the ship to show you what it looks like, and who might be waiting on the deck but…. Yeah, that’s right, Luke! 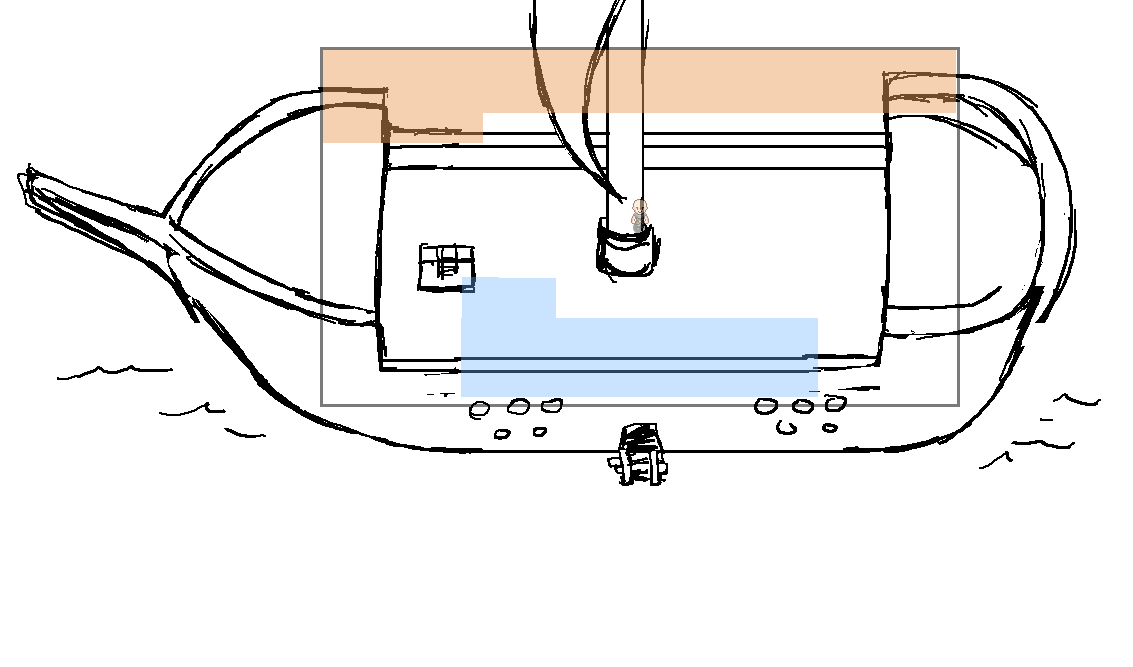 As a lot of you have figured out already, you will definitely be battling Luke here, so getting the size of the deck right is pretty important as there will be a fight going on. In this first sketch though, we’ve made the ship a little bit smaller than we’d like, but it’s a good place to start. In the above screen you can see another placeholder camera for what the boss fight screen would be like, but again, we’ll probably make the ship bigger and seal off the fight area instead – we’ll see!

So now that we have the sketch in place, let’s transform it into something a bit more clear, getting that lineart up and running. Here’s the first part: 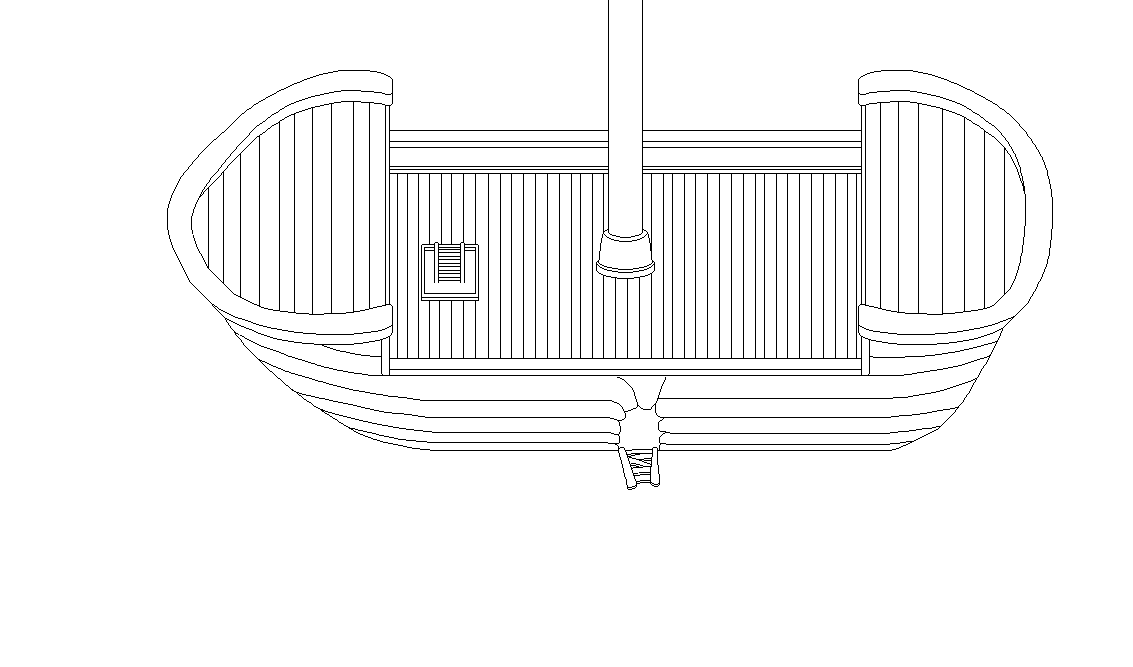 As you can see, we haven’t added anything cool the the bow of the ship yet; we’ll see whether you’ll actually even ever see that part of the ship ingame or not; might be that you won’t and then it’s pretty pointless to spent a bunch of time decorating something nobody will see!

As I mentioned before, we’ll make the ship bigger as well, but for now we’ll start with this basic lineart and start editing it to fit our needs in the next step.

Meanwhile, the prototyping for the challenge room continues! Teddy has been making some tests with the absolutely disgusting bridges. We’ll make a few more to mix the way they look up a bit, but at least now we know they look decent enough to run over:

It wouldn’t really be much of a challenge if there was no way to fail though, so here we have an example of what kind of obstacles you’ll be facing in this room, starting with some eerie eyes:

If these eyes see you in the ghost world, you’ll immediately take a whole bunch of damage and get frozen in place, so you better go back and forth between the spirit world and the regular world to avoid them!

Secondly, we have these masks that float around and will start chasing you in the ghost world. Dangerous stuff! Better make sure you don’t get caught by one of these…

As always, this whole room is very very far from done, especially graphics wise, but this is a neat way of testing gameplay ideas before committing to making the proper graphics for them.


Is the merchant isles going to be a location that is visitable?