This week we’re starting off with the boss portrait! Just like last week, I’ll be using his sprite as a base, to make sure I get his features right. This time around I’ll be editing his expression slightly to look a bit more menacing though: 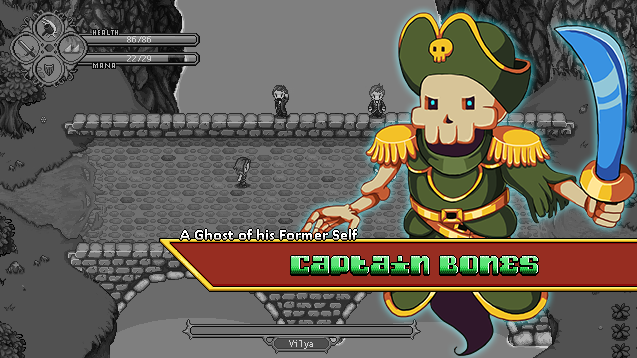 Next up, some more ghost world stuff! Since adding all the boxes to the first room, it’s ghost world version has been looking rather tame, so it’s time to spice it up a bit by adding some creepiness factor. As usual, it’s all about the darkness, teeth and strange faces:

Finished version of the room (for now) – ignore the red squares, they’re there for measuring purposes and won’t be visible in the actual game: 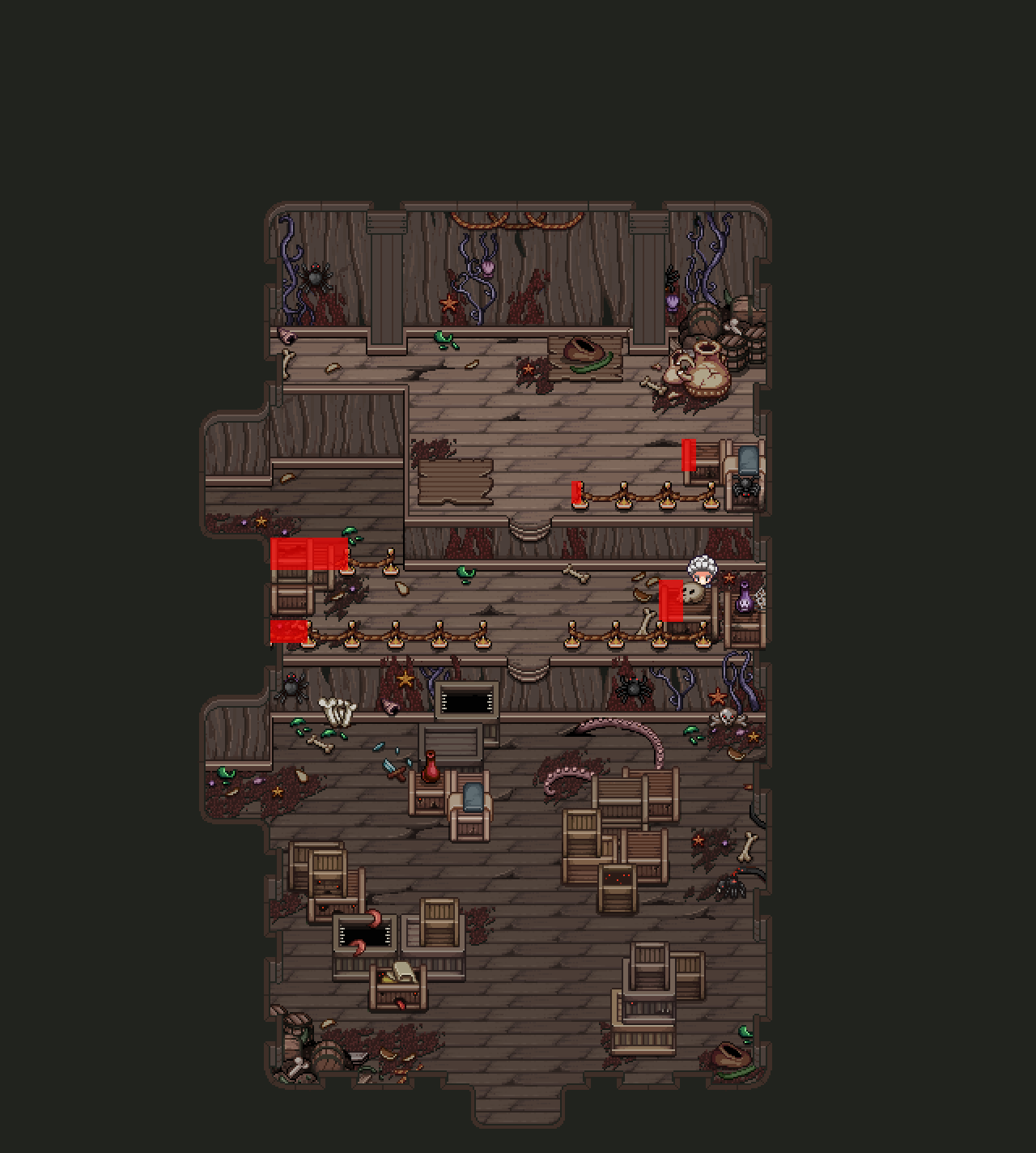 We’re drawing ever closer to working on the creepy surreal version of Startington you’ll be visiting as part of your journey through the ghost ship as well, and one of the things we want to happen here is that once you leave each building, they’ll turn from clean and regular looking to run down and abandoned. As such, I needed to go back and make that version of each of the houses: 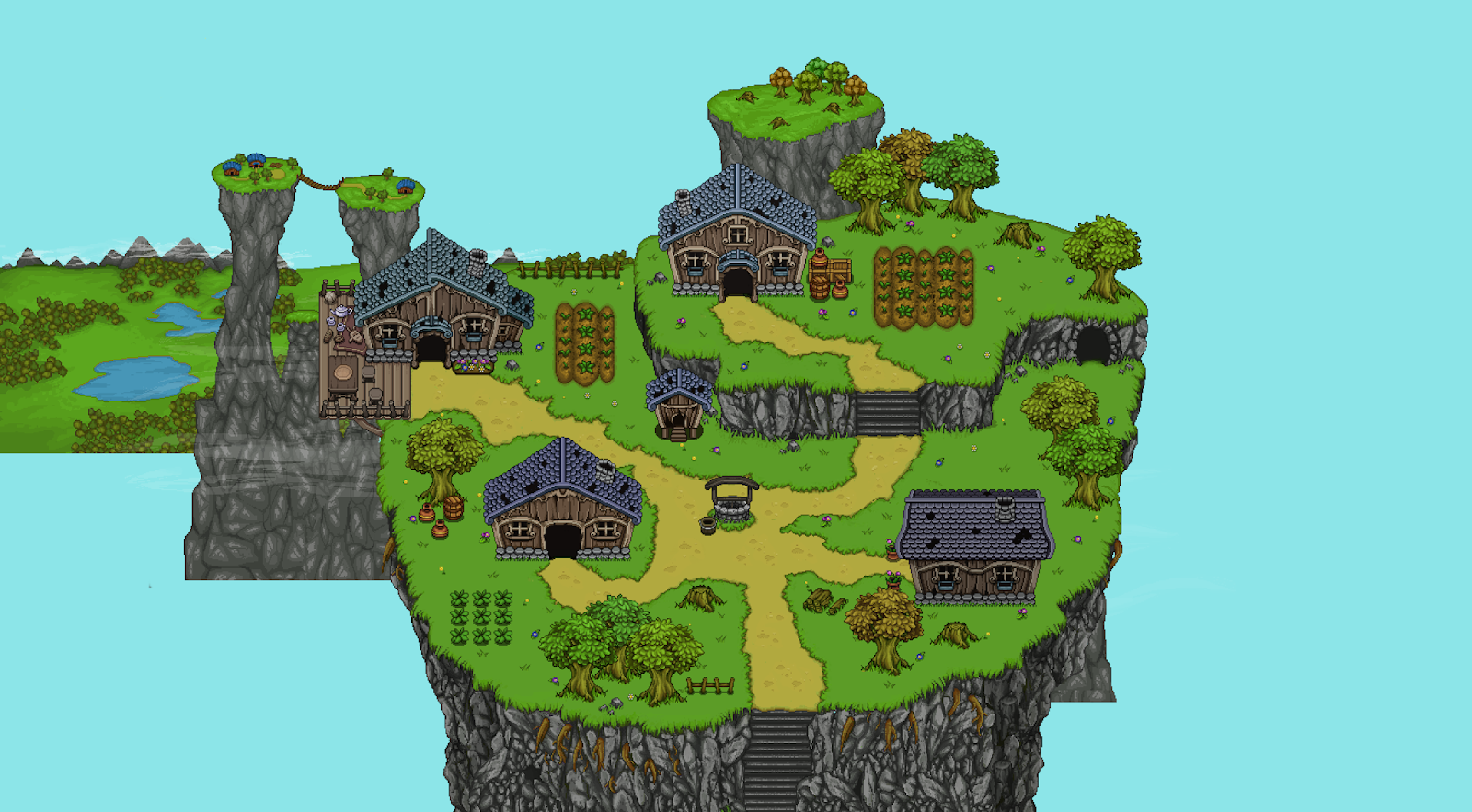 And now, due to Teddy having to wait for some animations from Fred’s department, I’ve been asked to start working on the Arcade Mode floors, so Teddy can start putting those together in the meanwhile. First thing I need to do is throw together a bunch of basic rooms for the desert floors in various sizes.

We’ll start off with just the basic room, and then make some mix-and-match decorations for the rooms to give each of them a bit more character. There will be two types of rooms for these floors as well, regular desert rooms and cave rooms, to spice it up a bit and give the backgrounds some variation. This time we’ll be taking a look at the regular desert rooms though, using the size of the Temple of Seasons rooms as a guideline for the room sizes:

And here we have a bunch of examples of these rooms (without the decorations added yet): 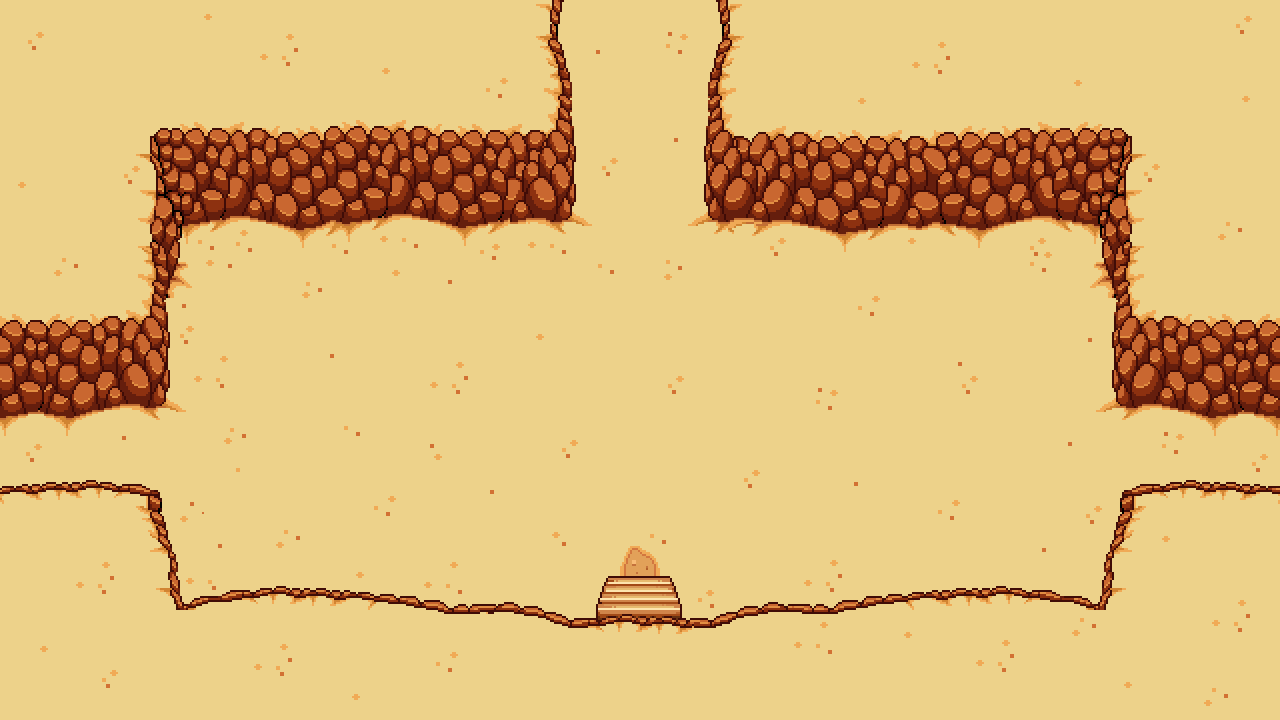 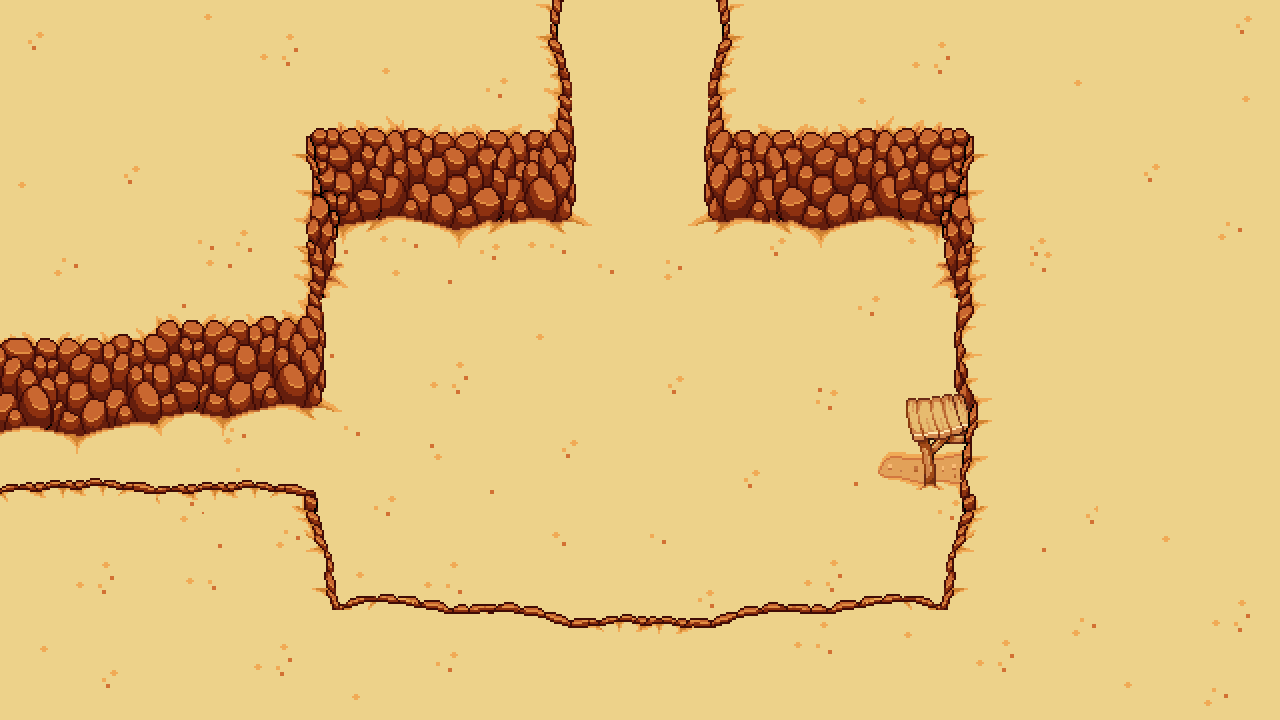 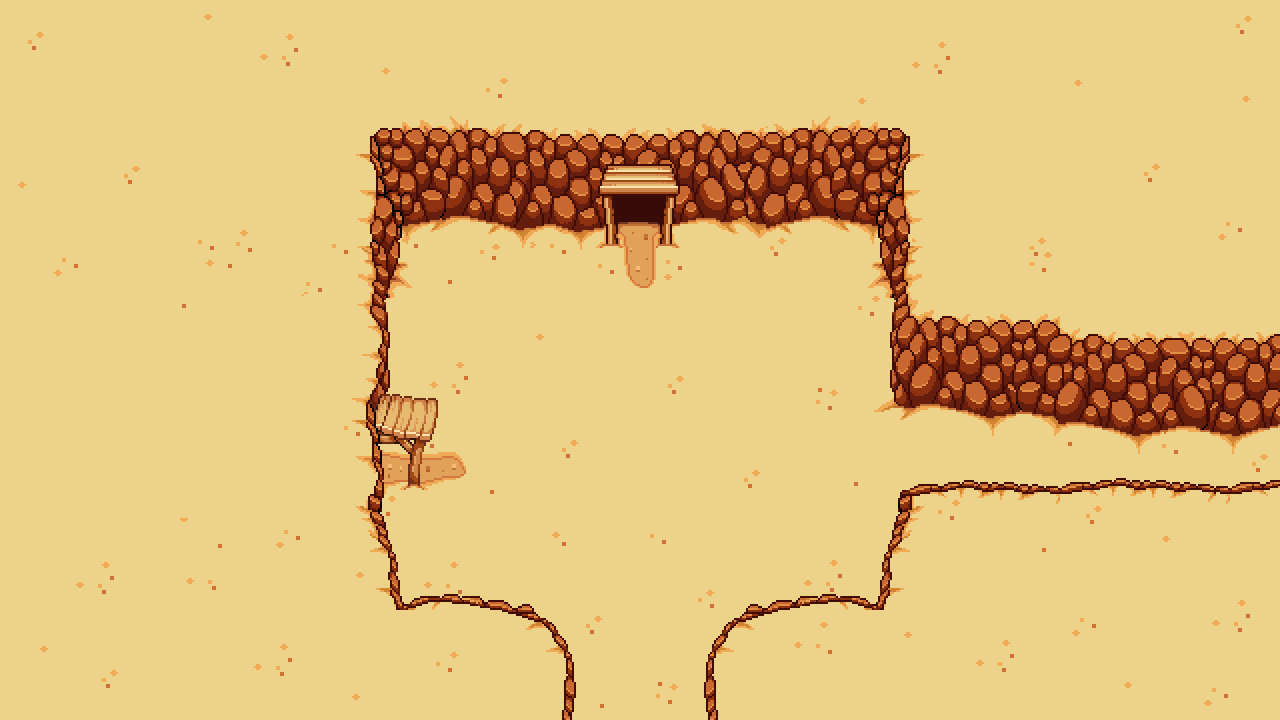 In Fred and Teddy’s departments, we’ve been mostly seeing battle improvements this week! Fred has been polishing and finishing up a bunch of animations, while Teddy has been improving some of the mechanics.

Below we can see how the skeletons spawn another enemy by literally losing their heads, which will turn into a jumping-like enemy you’ll have to deal with on the battlefield. The first gif shows what it looks like in the normal world, while the second shows what it’ll look like in the ghost world:

I’d suggest having the flowers dead/wilted, or growing into something else that’s wicked, having the area around the houses look completely unkempt, trees changing colors or losing most of their leaves, perhaps leaving some scattered along the ground, weeds growing on the dirt paths near the houses. Each “piece” eventually creating a whole ruined and deserted-looking Startington by the time every place has been visited. Basically, anything to help wash out the normally vibrant colors of the area to help match the now washed-out looking houses.

Maybe have the sky change from the bright sky blue to a different color over time as well each time a house is visited as well, either a darker blue or maybe a more nightly/ghostly hue to help shift the tone and feeling of the place gradually.


i think a bit of cobweb and dust should fit the abandoned house quite well, those boxes seem like it get cleaned daily


finishing story mode first and then start working on arcade
would be so nice, big majority cant even get past season.
and if you finish story mode early there might be more people still around.