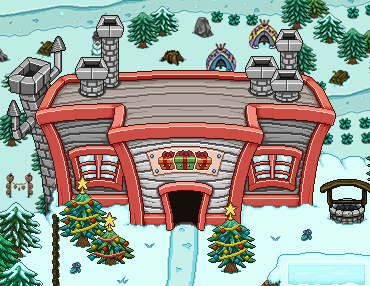 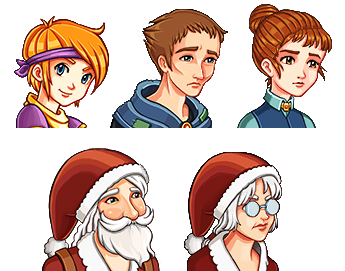 This week, we’ve managed to push out a new content update for the Frontline beta. The main focus of the update is the new Marino Encounter, as well as some new cut scenes setting up where the story is heading next.

The update is not massive in size but we are still very much interested in hearing feedback from you guys who are in the beta, especially about the Marino fight. Was it too hard, too easy, any suggestions how to make it more interesting?

The in house testing has been a bit all over the place ranging from it being “impossible” to “I’ve played this game so much I don’t even know if it’s hard”. We’ve set up a thread over at the forums where you can post any suggestions and thoughts you have about the fight, it would really help us a ton!

With this update out of the way, we are already hard at work with the next one. Below are the sprites for the rest of the Season Fae Elders, which all will play a crucial role during your visit in the Winterland!

The cutscenes have stayed in focus this week (to Teddys delight!) so Fred spent some quality time with the Master of the Collectors Headquarters which we showed last week, making her fit to enter the big stage!

Speaking of stage, of course the master has her own room in the HQ. What it looks like? We’re glad you asked! Here’s the place where you’ll find her: 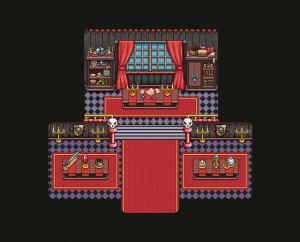 She certainly has interesting taste in interior design..!

Other than creating this room, Vilya has also been making some new portraits. These guys are a bunch of Collector Scientists, working in the HQ:

On a whole different note, both Fred and Vilya just handed in their final school assignment for this semester. Thanks to all of you who’ve supported us by pre-ordering the game, they won’t have to continue their studies for at least another year! This not only means a whole lot of less stress in their life but it also means all of us will be able to focus whole heartedly on the game for now, which in short feels amazing.

A big bunch of love to all of you who’ve made this possible!