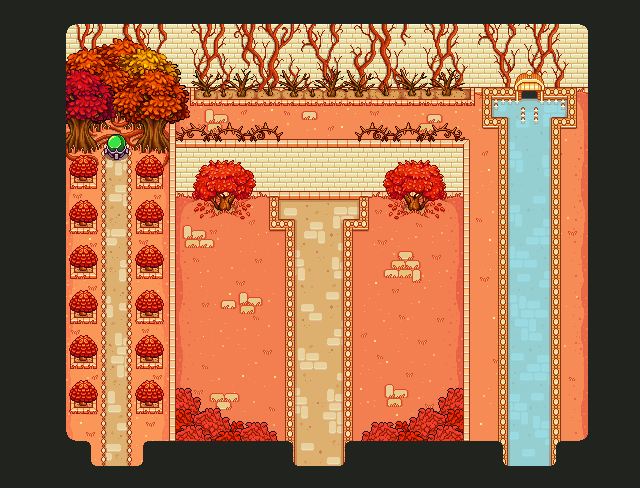 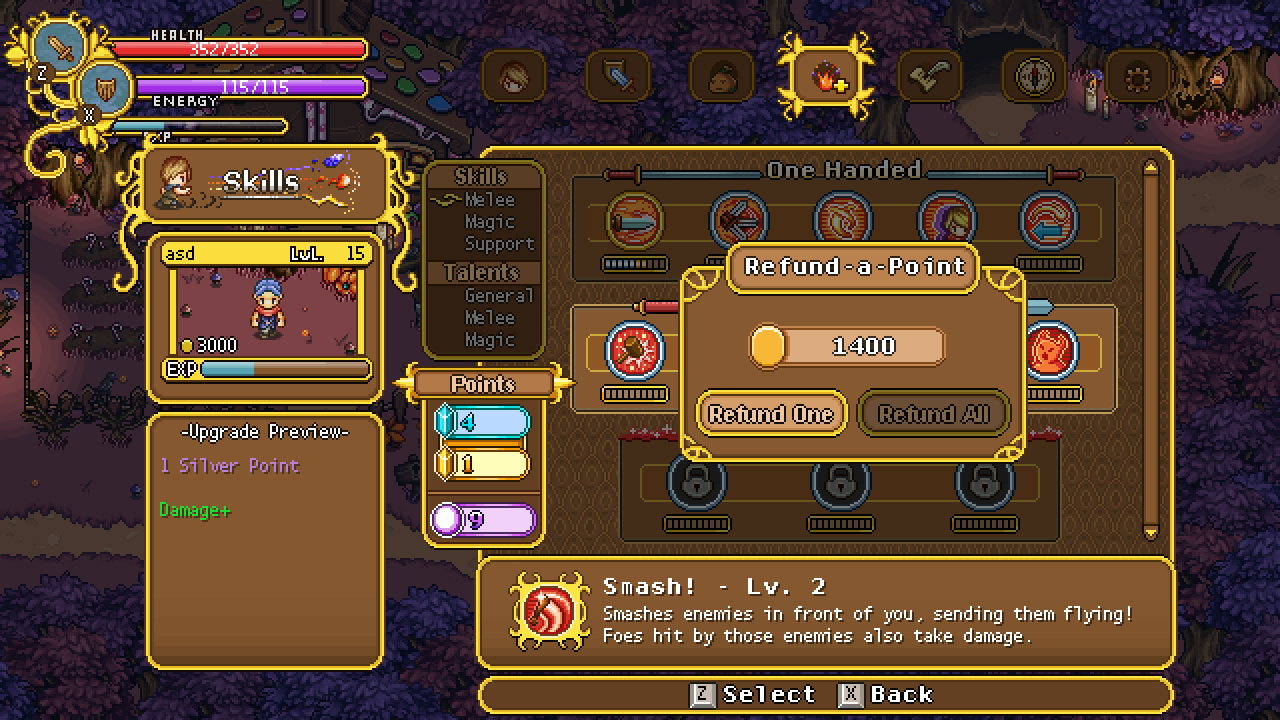 In case you missed it, we’ve now updated the Frontline beta to include the Toy Factory! If you decide to play it through, we’d love to hear your thoughts over at the forums, regardless if you liked it all or hated it all!

When you try it out remember to not use overpowered characters (unless you want it to be easy)! Being level 15 or something is fine, but if you’re sporting the best gear in the game and a high level pet, you should probably equip something less powerful, or at least switch to Hard.

With those news out of the way, let’s get our hands dirty with the upcoming Skills & Talents Overhaul! 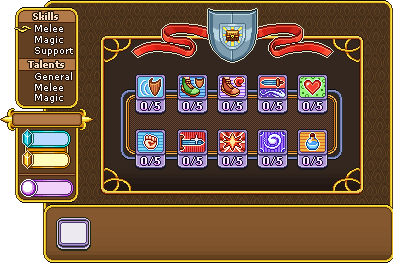 Talents will be a new kind of passive skills, which the player can level besides the regular active skills that are in the game today. You’ll level these using talent orbs, which you gain one of every time you level.

The intended function of the Talents are to improve the possibility to specialize and help create build- and gameplay diversity, as well as give players opportunities to mitigate weaknesses. For example, there’s a Talent which extends the Perfect Guard window to help players struggling with that, and we’re also implementing Talents that promote using a combination of weapon skills and magic spells by adding bonus effects.

Gameplay wise, the system should help players find a more personal play style, but it will also help improve other aspects of the game. Since most people prefer to switch between no more than 2-3 active skills, there will eventually be a point where additional skill points won’t feel as rewarding as they did early on in the game. With Talents, there will always be something useful to spend your points on, ensuring that each level up gives the player a meaningful choice.

It also opens up for a new kind of quest reward. While we already have a quest which grant a Bronze skill point, due to the problems mentioned above, it isn’t necessarily a cause for celebration for those players who already got their main skills leveled to Silver. A Talent point will nearly always be valuable, making it an “objectively good” reward. It’s also much more interesting than giving just EXP.

To help Talents stay relevant, all Talents will have percentage based effects. That way, regardless if you’re level 10 or level 100, that 10 % MaxHP bonus will be just as relevant.

If you want to check out more details about the Talents we currently have planned, and come with suggestions for new ones, please check out the official forum thread!

Fred is back in town, which means the animation machine is back up and running! We’re totally going to regret saying this, but we’ve got our aims set on updating the Frontline build before the end of the week.

The update will include a prototype of the Toy Factory mini-dungeon, as well as the Winterland enemies. Since we’ve focused on implemented the story parts, the area is pretty barren when it comes to quests and other stuff to do — that will come later, possibly even as late as with/around the Season Temple!

But this is all future talk. The Toy Factory isn’t quite completed yet, although Fred had dived straight back into making the animations Teddy needs to wrap it all up once they’re done:

Oh, and the Winterland-stuff isn’t the only thing in the update. Apart from some small changes and bug fixes, it’s going to contain a ton of updated portraits! Here are some more of them:

Lastly, Vilya is starting a work blog where she’ll post more stuff she’s making for the game and write about the production from her point of view. If you want to know more about how we work or simply enjoy following dev/artblogs, you should definitely head over there!