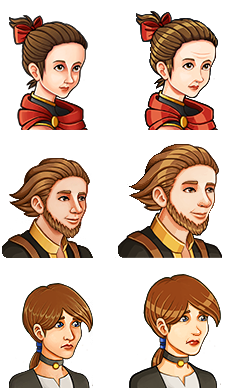 So for anyone that missed it, we kept our promise from two weeks ago and updated the Frontline version of the beta! This updates includes the first part of the Temple of Seasons, including two of the three planned bosses. If you have no idea of who or what the Frontline beta is, head over here for more information.

We are really interested to hear what you guys think about the dungeon so far, in terms of difficulty and just pure entertainment value. It’s easy for us to stare ourselves blind while working on the game each and everyday so your thoughts are highly valued!

So with the first part of the dungeon out of the picture for now, we’ve naturally focused last weeks attention on the second part.
We’ve added graphics and animation to one of the brain teasers you’ll stumble upon which we fittingly dubbed “the water puzzle”. Below is an animated GIF that hopefully covers the basics of how it works.

We also began prototyping a room we’ve elected to call “the obstacle course” (we have a way with names, what can we say!). Like the name implies, the room is supposed to put players through a series of challenges before they can reach the exit.
We’ve tried to mix some combat together with some short but sweet obstacle navigation that players will have to complete in succession.

What sets this room apart from all other rooms in the temple is that all seasons will be active at the same time. This makes the combat encounter especially interesting since all enemies will have access to their special abilities, paving way for some enjoyable chaos!

While the prototype is still in need of some tweeking and adjustment, Vilya went ahead and created the base graphics for the room in all its mixed up glory.

The past couple of weeks have been spent with friends and family, but as of yesterday we are all gathered back on the island again! Today we had a customary work meeting at a local hamburger joint, where we discussed the last stretch of the temple, including the main boss.

Another thing we talked about was the state of the beta update cycles, where we feel we’ve fallen into a pattern of using Frontline as a Stable and Stable as some kind of Super Stable. Thus, we’re going to attempt increasing the update frequency of the Frontline beta, as well as the Stable beta.

The point of the Frontline beta was, after all, to allow users to test things as they were implemented. As a first step towards going back to this, we’re going to patch in the first and second part of the Season Temple sometime during the coming couple of weeks, including the Season Hydra miniboss.

We’ll get back to the proper Weekly Recap format next Monday, when we’ve gotten proper new material to show!