The work on the Gold Charges continues! There are now prototypes available for all skills, but a lot of them still need to have their animations polished so we’ll save showing those off for later. The Whirlslash gold charge has been more or less finished up though, and here you can see a gif of what that looks like in action:

You guessed it! Once you unlock the Gold charge, you can now move while using it! Pretty epic, no? The damage might be sliiightly unbalanced in this GIF tho.. ;)

Vilya has returned to working on the next Temple area, which in reality is more of a village. That means the future will hold lots of houses! Here’s the interior of two, with progress videos to go with them: 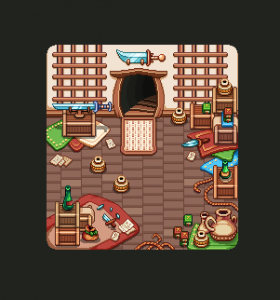 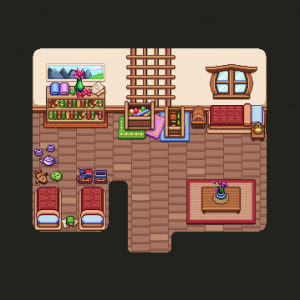 Now, no village is complete without people that live there, right? Here’s a couple of portraits of people that you will be able to meet, one an adventurer exploring the depths of Mt:Bloom, the other an inhabitant of the village itself: 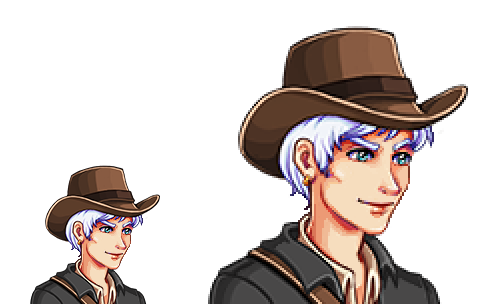 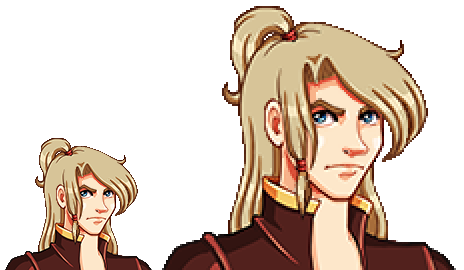 Also, as Teddy’s properly adding the skills into the game engine, it’s not very uncommon for the animations to go through some iterations. The gold charge for the Ice Spike ended up needing some extra pazazz, as the old animation looked a bit to funky on it’s own. Below is a (hopefully) more intimidating ice spike, couple with some stray left over animations for the Frosty Friend!

As mentioned last week, we’re working full speed on getting the final charges up and running! While we’re not ready to patch them into the game yet, here’s a preview of three of them in action:

The Summon Plant gold charge introduces a new type of plant to the bunch. Instead of attacking, it’ll give bonuses to the plants you’ve already summoned (and will be summoned with a number of minion-plants of its own).

You can only have one of these plants active at the same time, so if you summon it again it’ll move to your new location. However, it’ll bring any plants surrounding it along with it, so it’s perfect for moving plant traps to new strategic places!

Piercing Dash, meanwhile, has become both faster and longer, allowing you to dash through enemies and deal damage to them after passing through! For the more advanced players it might also be good to know that this level of Dash is now cancel-able, and canceling mid-dash will allow your next skill to become instantly gold charged.

Time for some epic combos? :)

Finally, the Blade Flurry gold charge increases the number of hits and has a 3-hit finisher that deals additional damage!

Now, while the boys have been busy with the skills, Vilya has kept working on improvements for the menu. Here’s the improved Equipment tab: 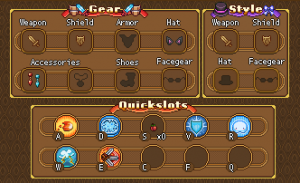 As you can see, we’re finally introducing style slots for weapons and shields! This is something that has been requested a lot, and since we’re reworking this menu anyway we thought we might as well squeeze it in. As we’d like the Steam Early Access release to happen sooner rather than later, though, we’re not 100% sure the style slots will be implemented before the EA release, but it’s definitely coming soon after, at the very least. 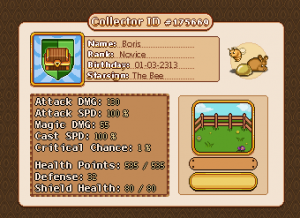 Gone is the boring super brown text-only tab, and instead we have a more colorful and actually ID-looking tab for your collector. The Birthday and Starsign will be randomly generated, as will your Collector ID number. Also, the stats you see here are temporary: we’re replacing a few and removing others. Since this isn’t actually implemented yet, there may be small changes here and there, but the overall look should remain.

Next week, Vilya will finally return to doing stuff for the next temple, while Teddy & Fred soldier on with more gold charges! 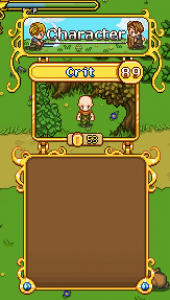 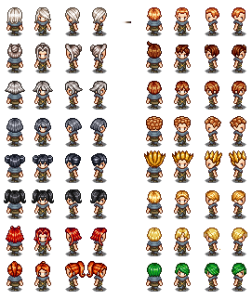 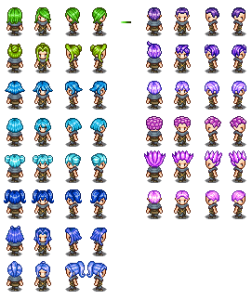 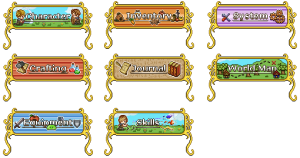 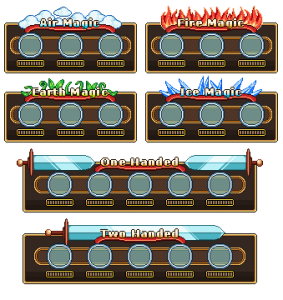 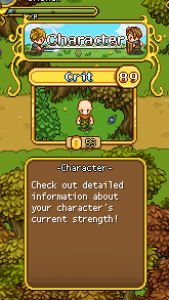 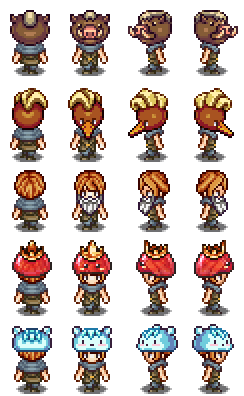 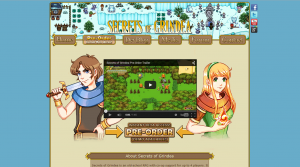 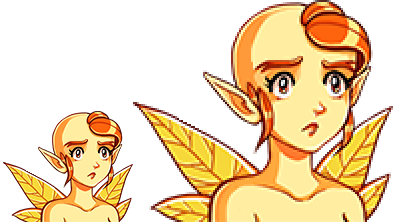 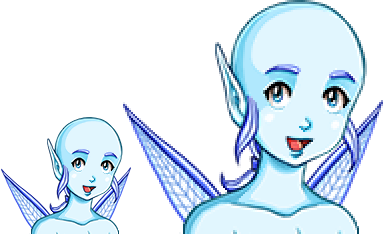