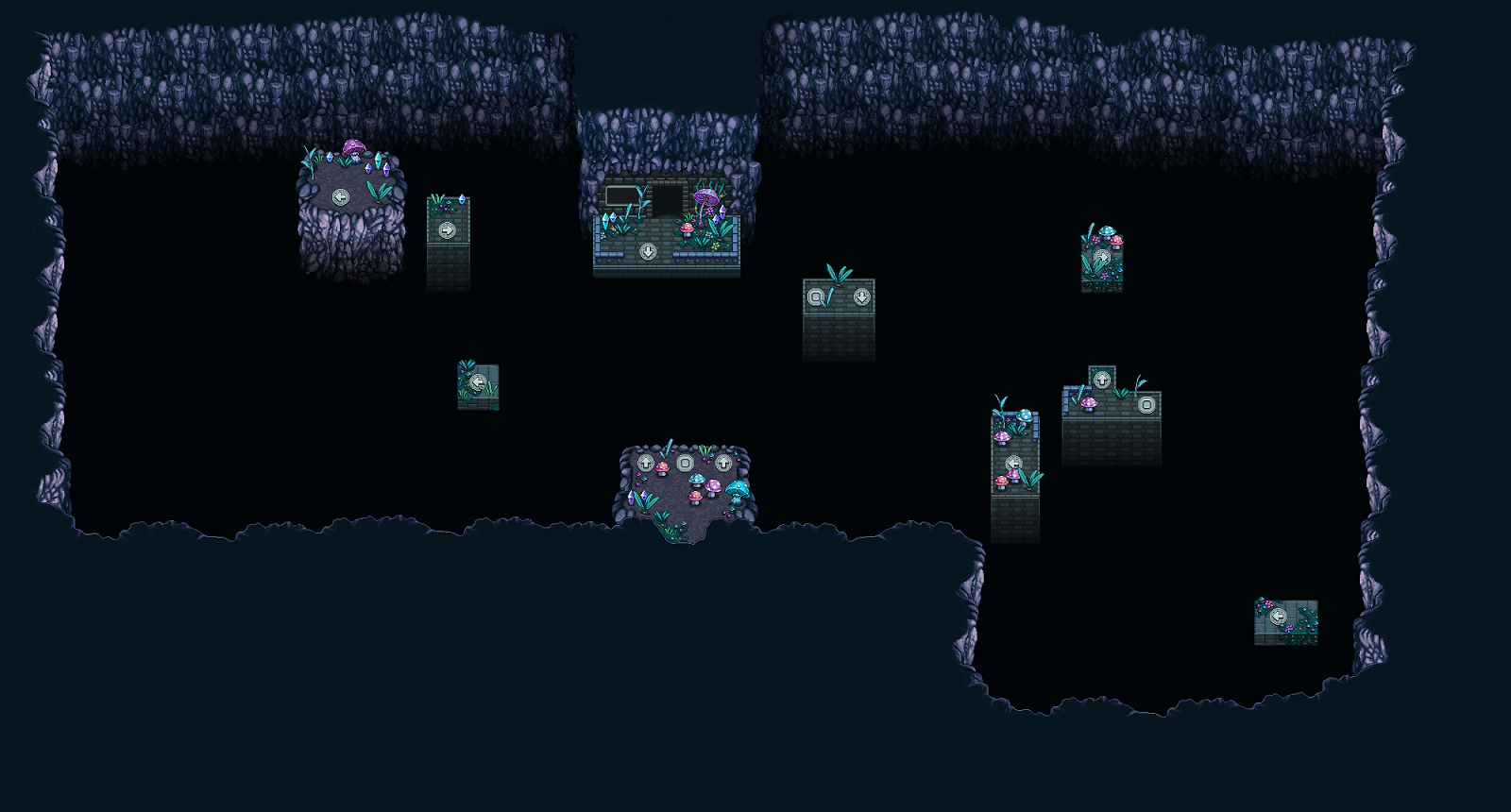 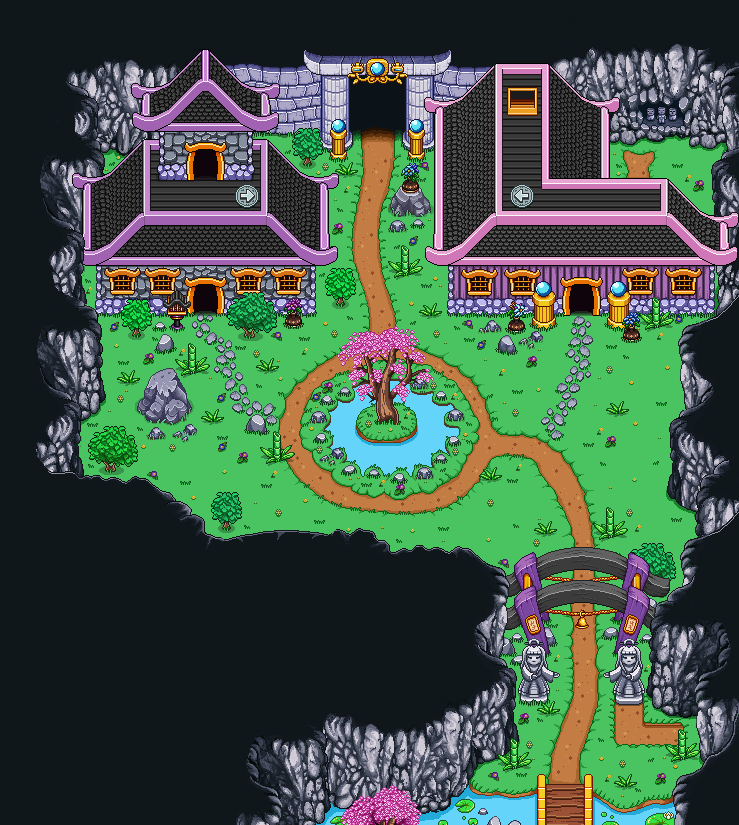 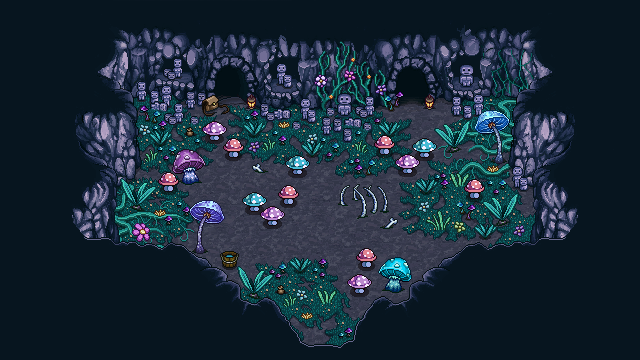 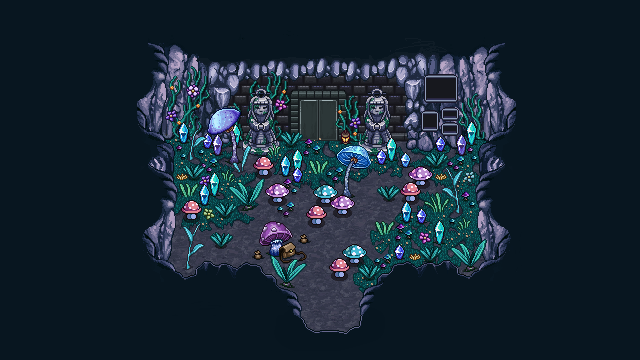 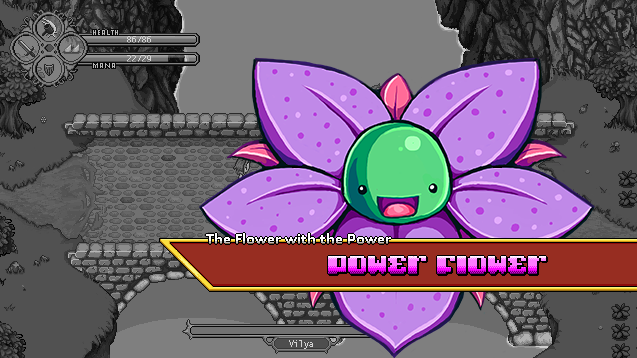 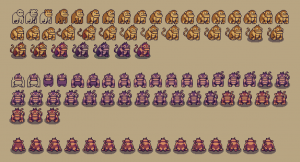 If you checked our Forums or the Steam updates, you probably know this already, but if not: the main story part of Mount Bloom is now available on the Frontline beta! 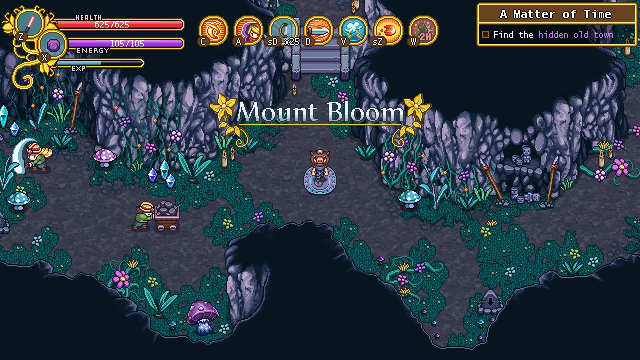 This is an early update, so some vital things are still missing! For instance, most things in this area lack the proper sound effects (and a lot of ’em are completely silent as a result). We also haven’t added any side quests or secrets to the mountain – that’s what we’ll be working on the next 1-2 weeks or so. But it’s now possible to run through the part of the main story that will lead you up to the door of the next temple. Once we’ve thrown in a couple of side quests, added the proper sound effects and patched it all into stable, we’ll continue working on the actual temple!

For now though, it’d be awesome if you guys could run through the mountain and let us know of any silly bugs you come across!

Anyway, as you can guess, last week was all about getting this patch up and running. While Teddy furiously put everything together Vilya made the last few backgrounds. So here they are: 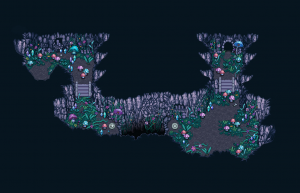 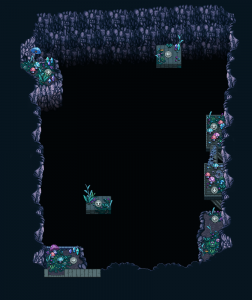 And now, we’ll go back to adding side quests and picking out sound effects! See you next week :D

Another week in which we continue to finishing up the Mt Bloom! Vilya continues to create backgrounds for the challenges: 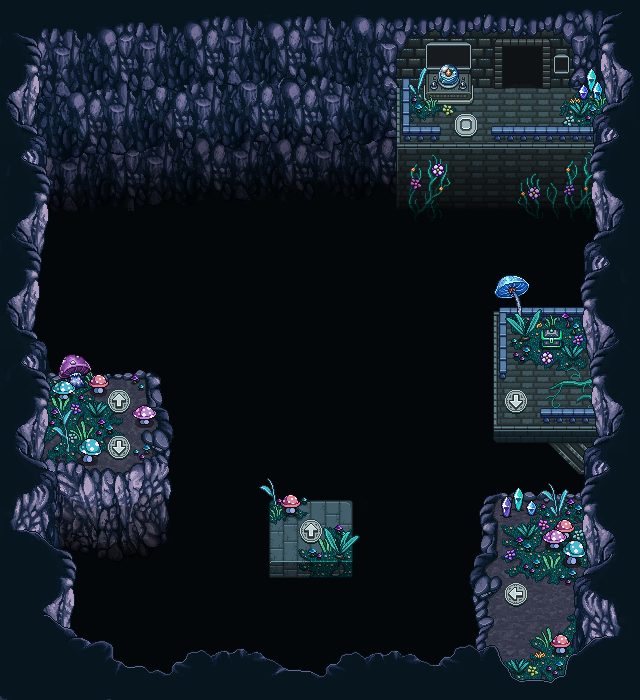 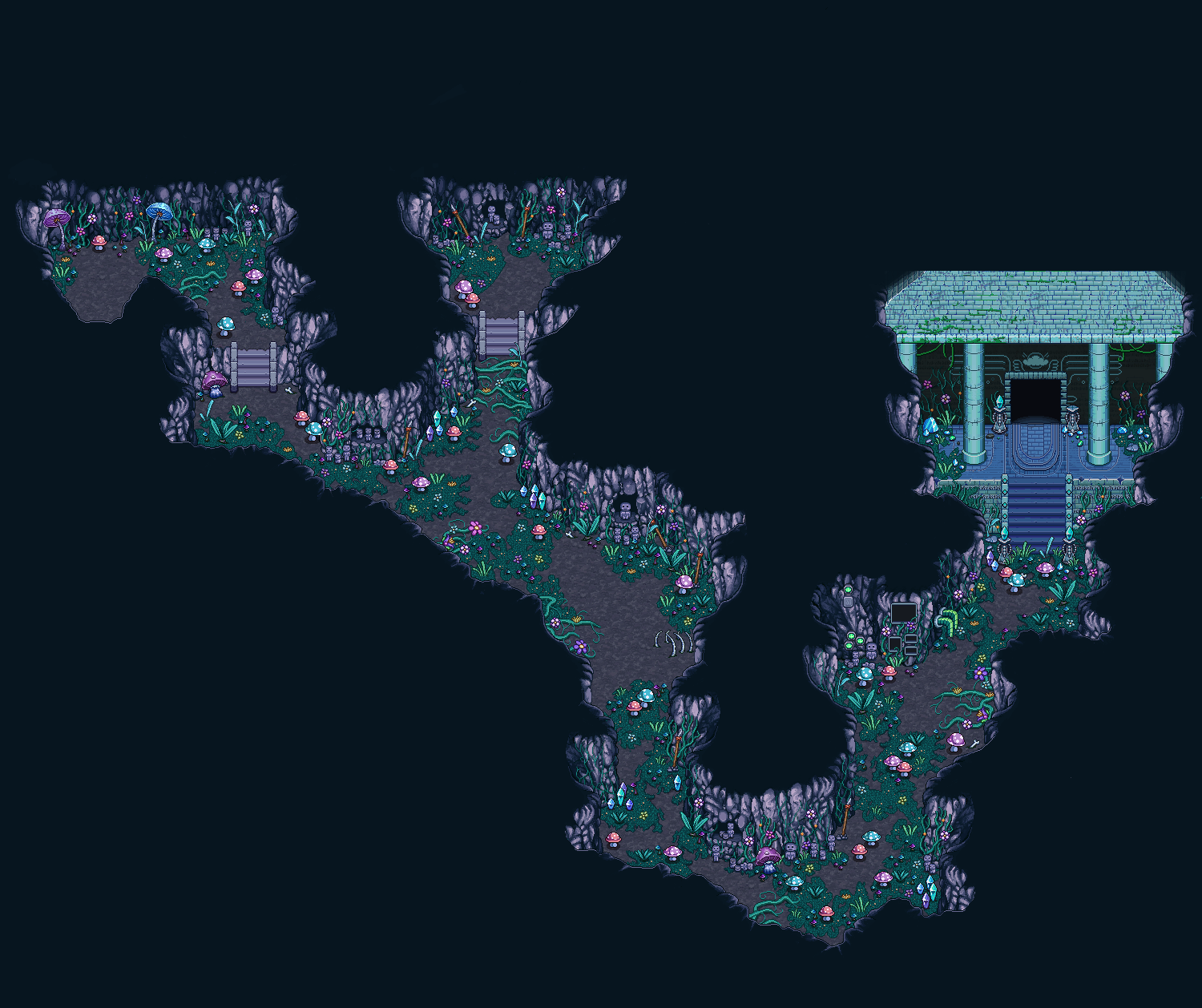 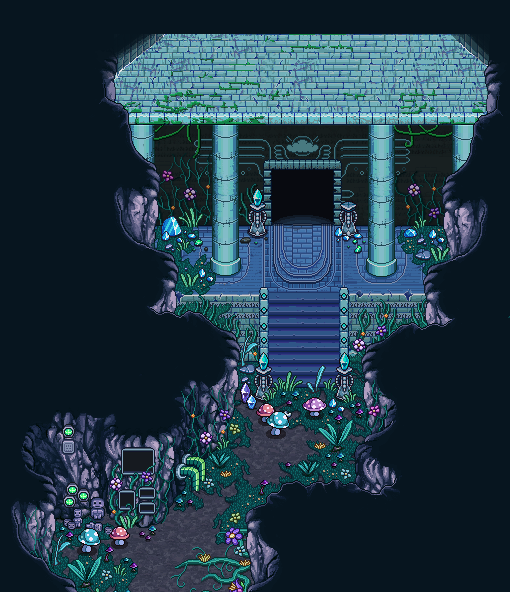 Plus a few more portraits! These should be the last vital portraits before the frontline update which will contain the main quest and challenges of the mountain. Once that’s all in place we’ll move on to adding a few side quests / activities, which means there might be one or two more later on (after the frontline update):

Meanwhile, Fred has been working on a bunch of effects & decorations, PLUS an upcoming boss…! It won’t be part of the coming update, but since Fred has finished his tasks for it he has started working on what’s coming next…

Our aim is to have the frontline patch ready by this weekend, unless something unforeseen (such as big scary bugs) happens, so let’s cross our fingers everything goes smoothly throughout the week!

This week we’ve continued our work with finishing up Mount Bloom and its challenges! Vilya has started working on the various challenge backgrounds needed for the Phase- and Poison Puzzles: 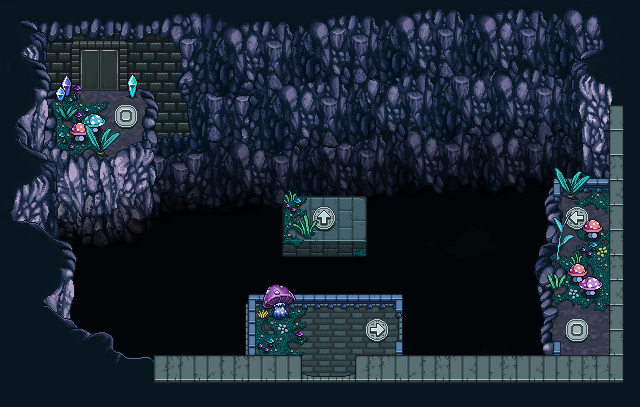 She also made a bunch of new puzzle blocks to go with it (a bit more advanced than the ones from last week): 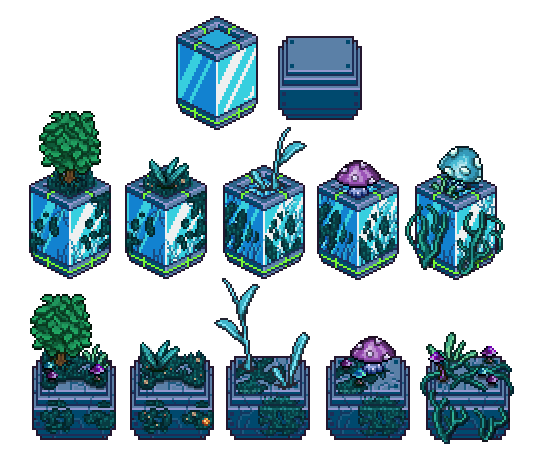 As well as two additional portraits for the miner NPCs found in the mine:

We also had to expand on one of the Mount Bloom maps, to make room for the entrance to one of the challenges: 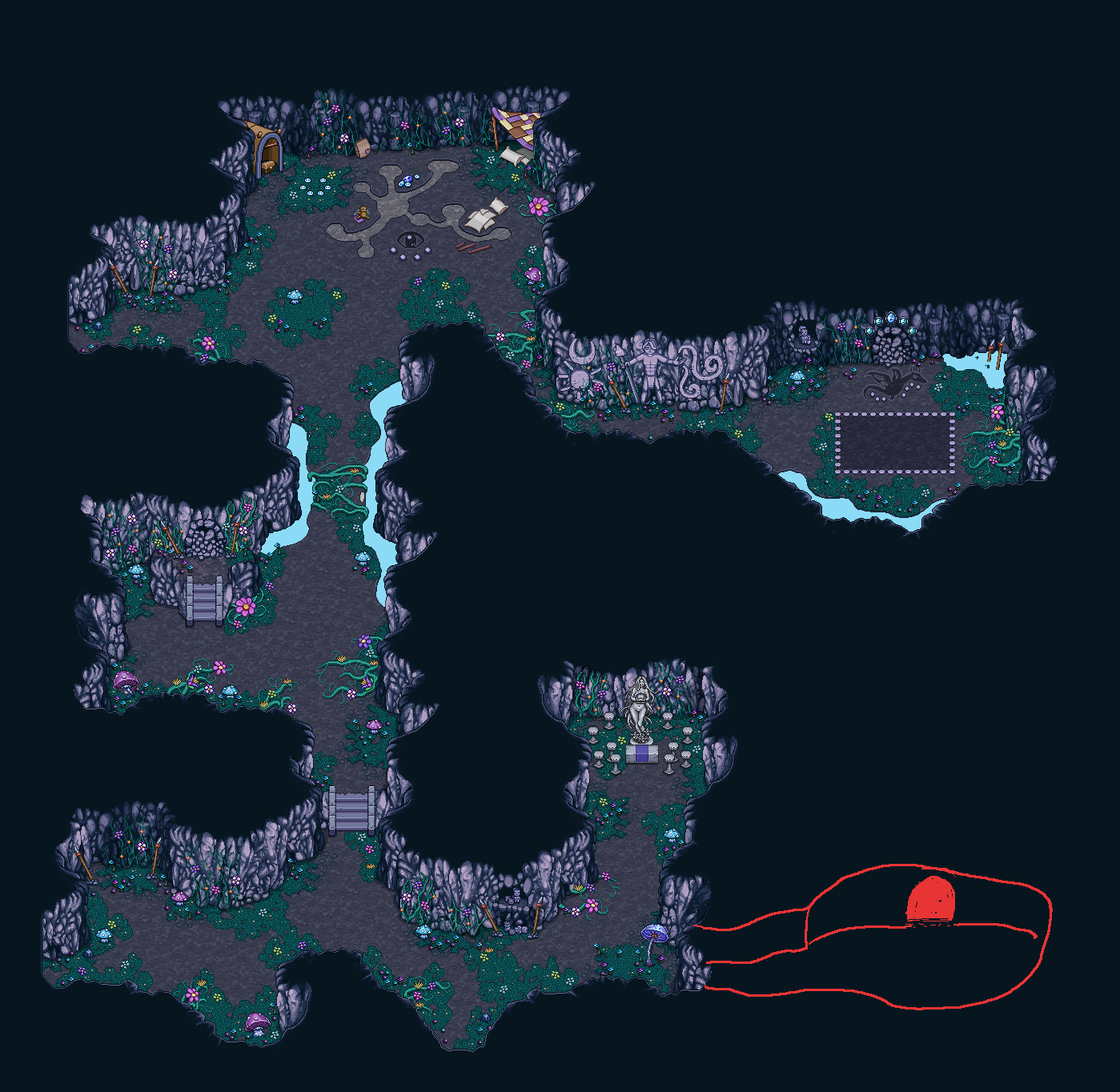 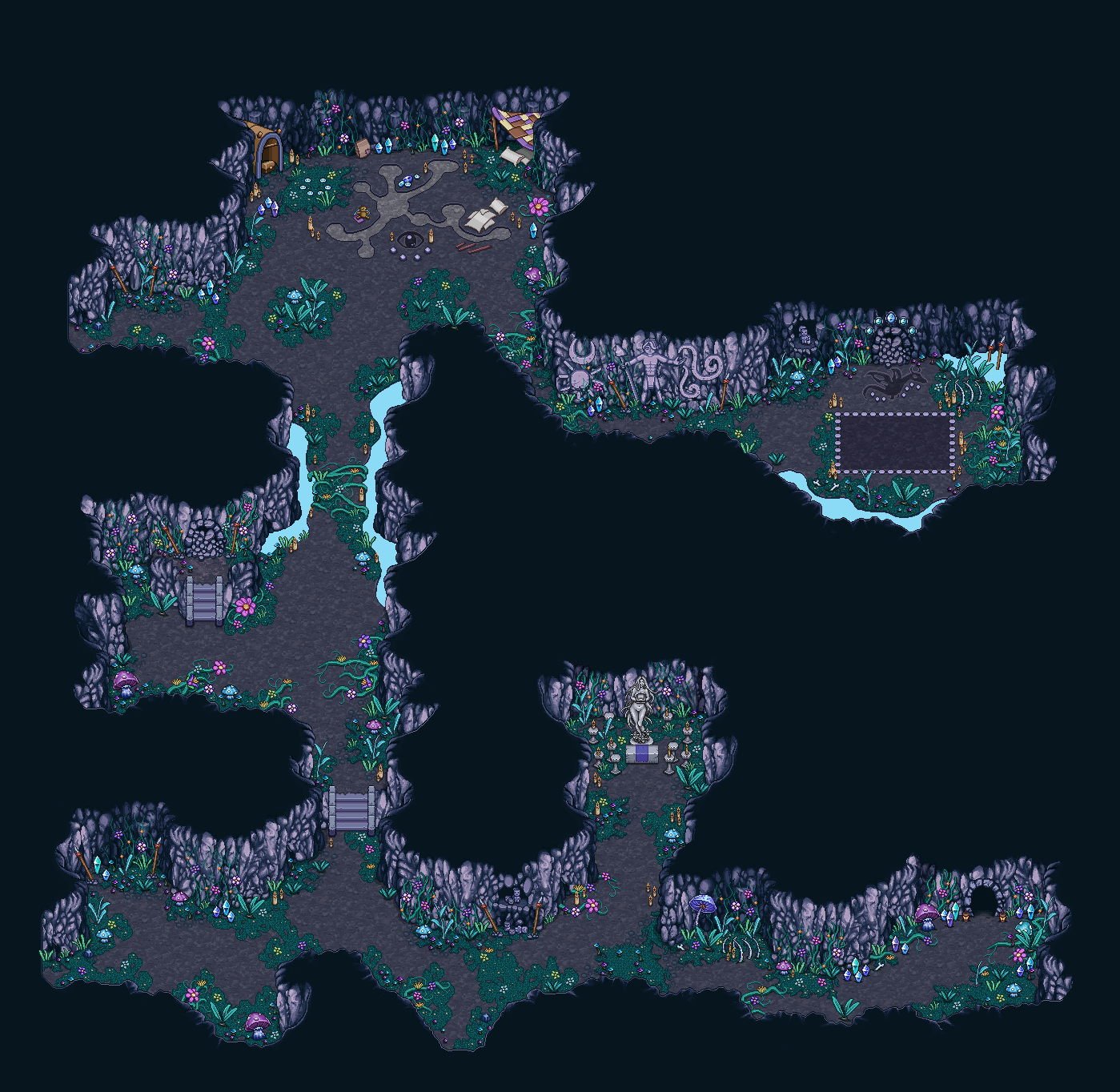 Meanwhile, Fred has focused on decorating the cave, adding tiny waterfalls, destructible mushrooms, and a ton of animated edges around every pool of water, among other things:

Next week will be pretty much the same, with Vilya focusing on more challenge backgrounds and Teddy implementing it all, all while Fred decorates the hell out of the area so it’ll look as awesome as possible! Stay tuned~ :)