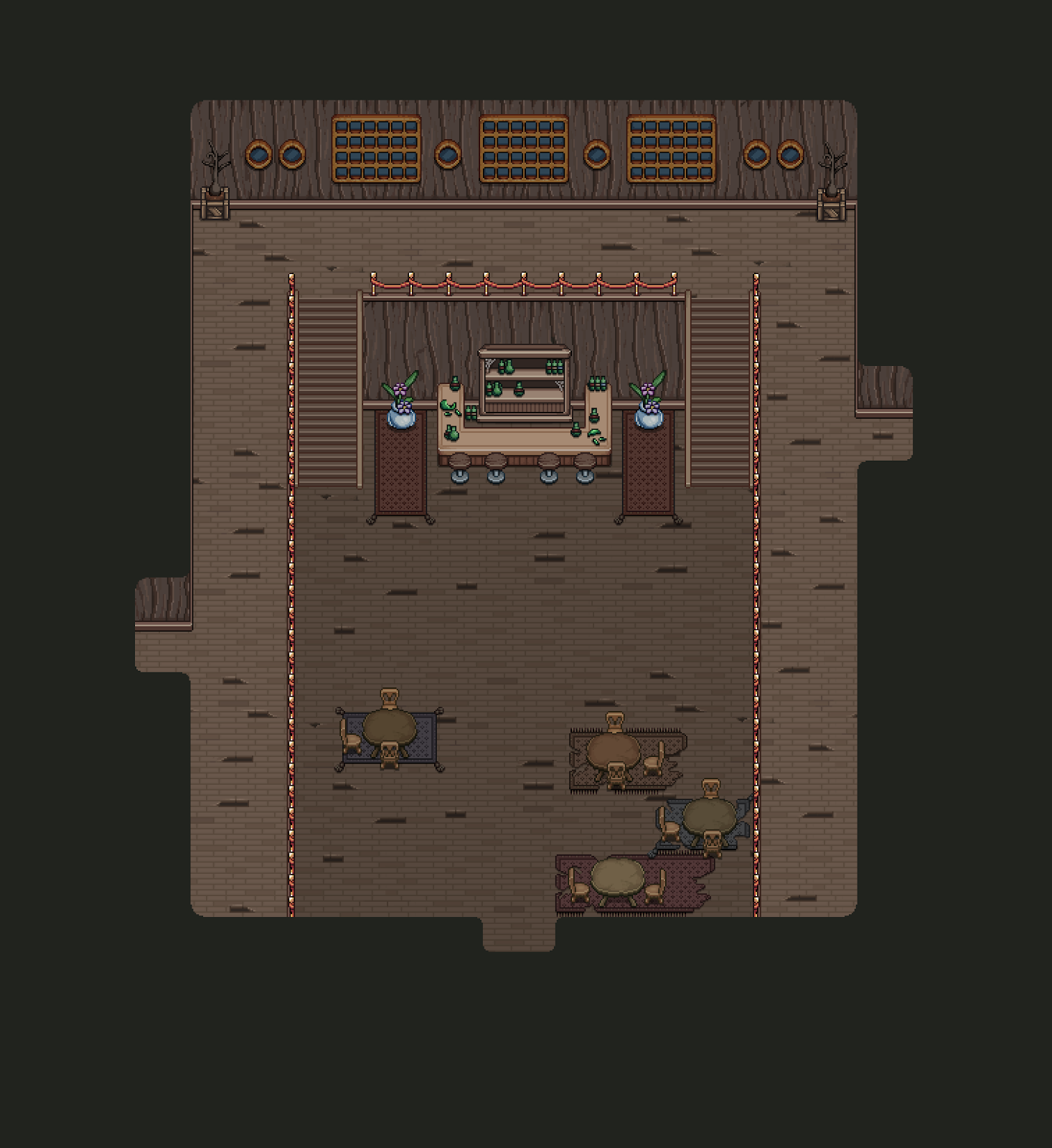 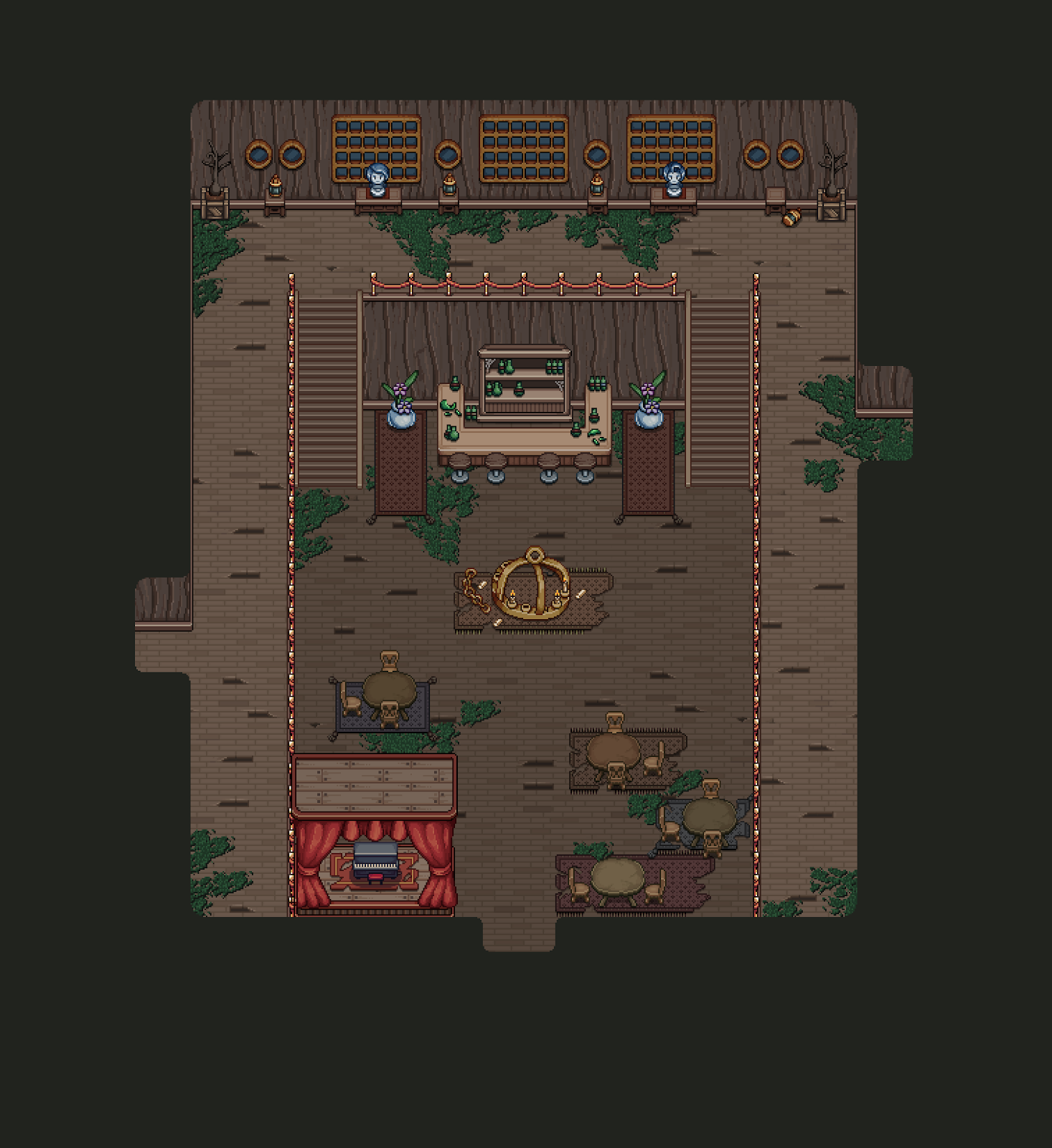 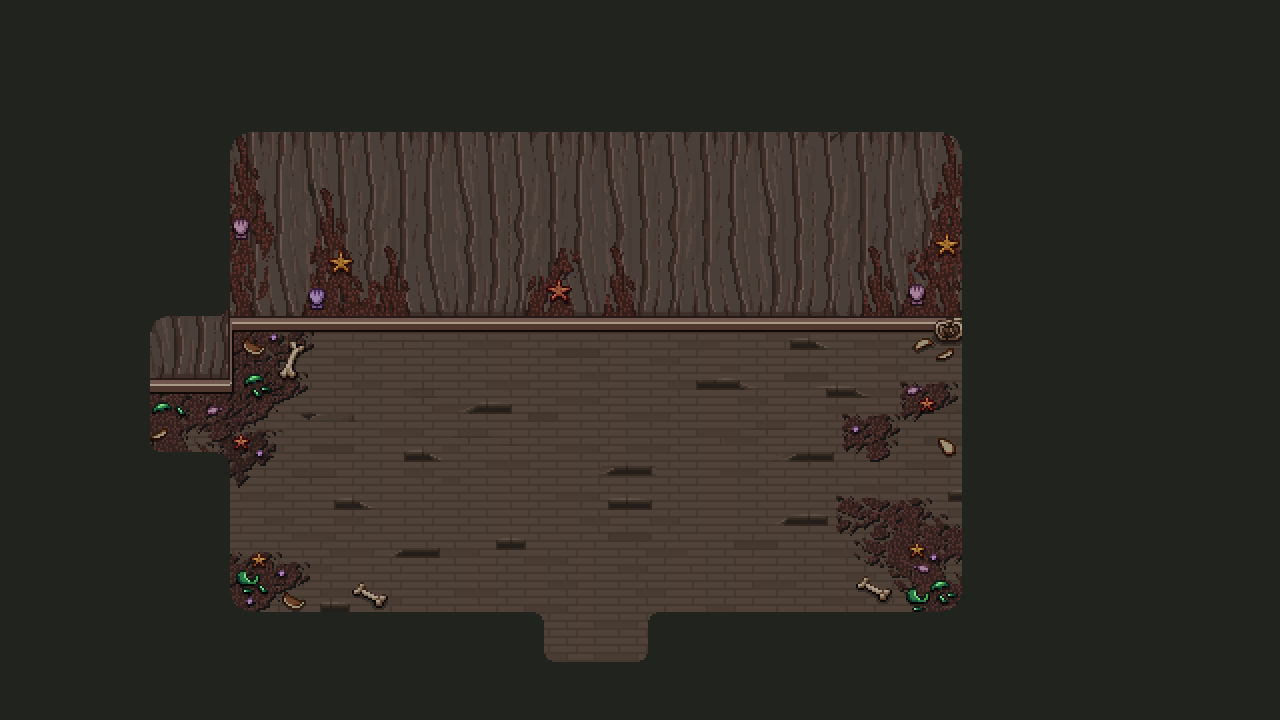 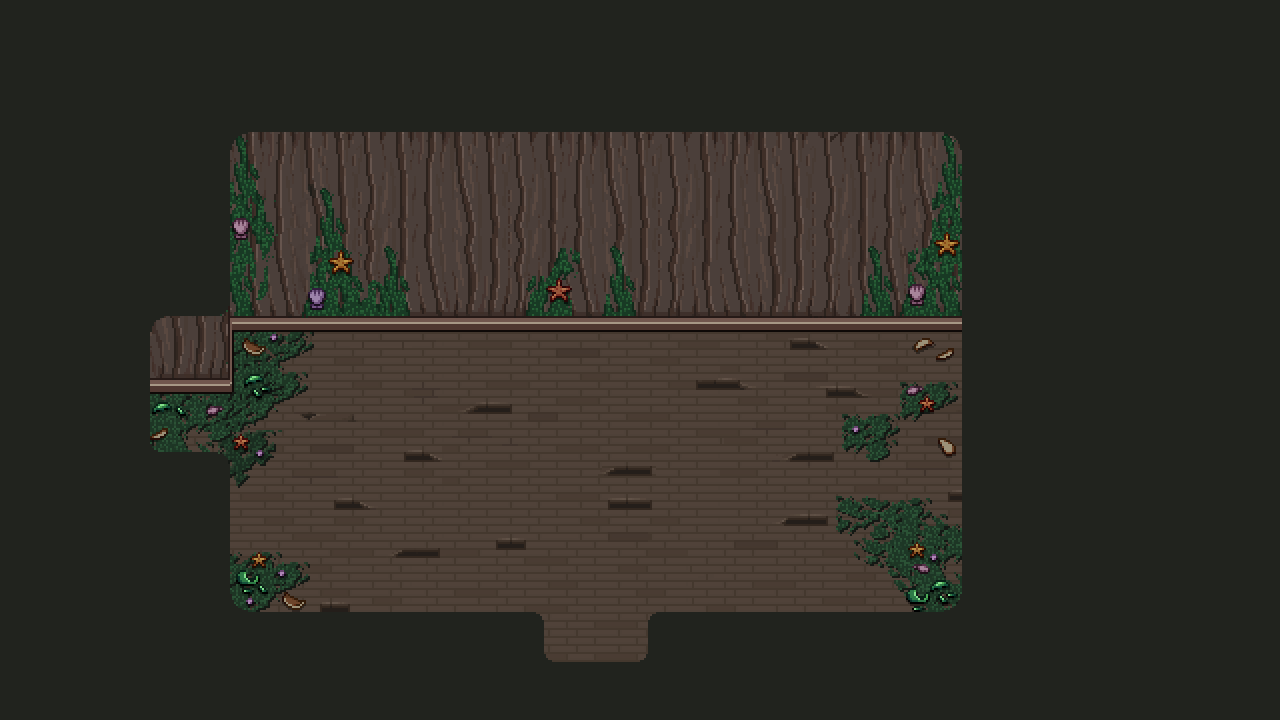 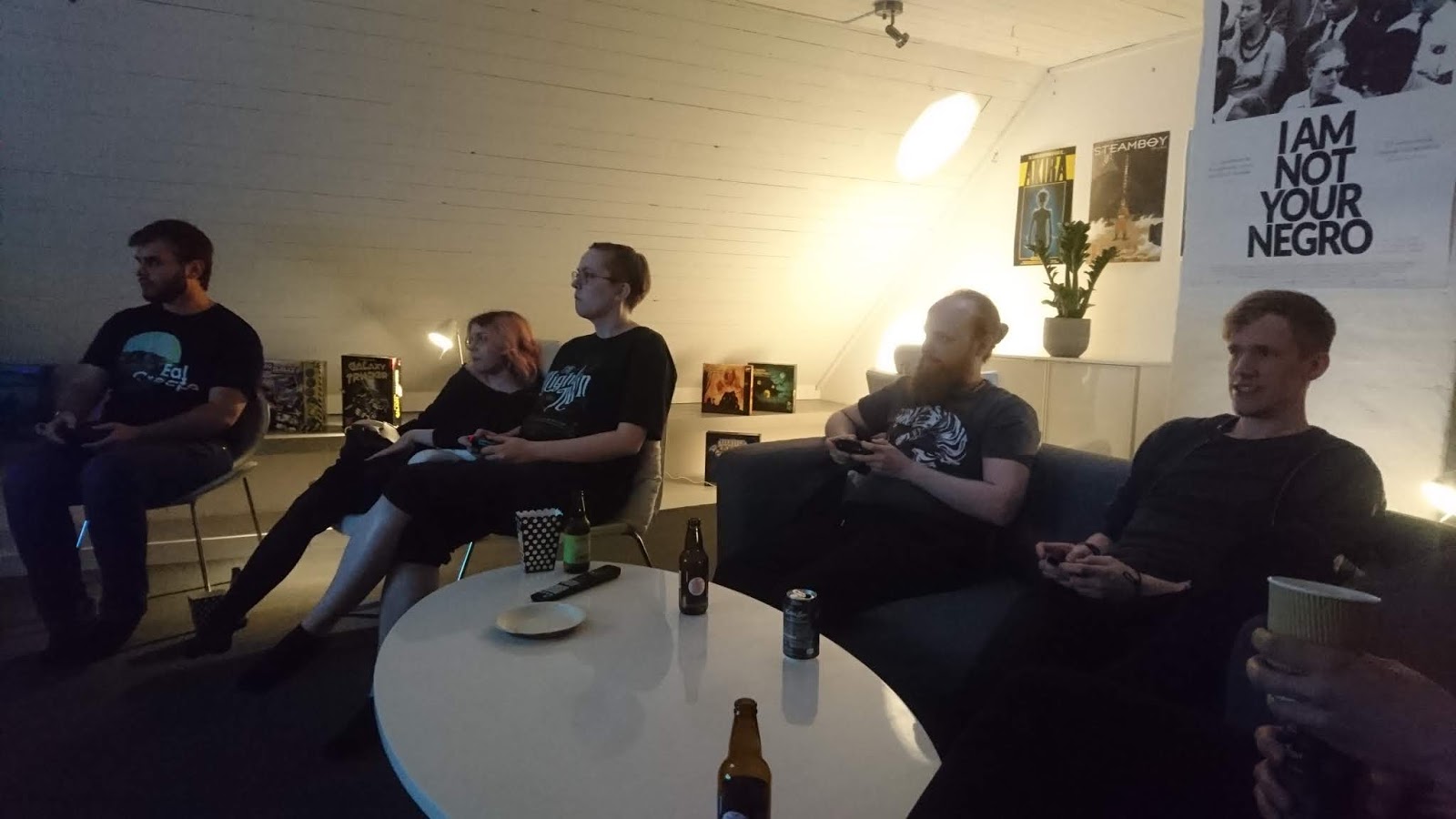 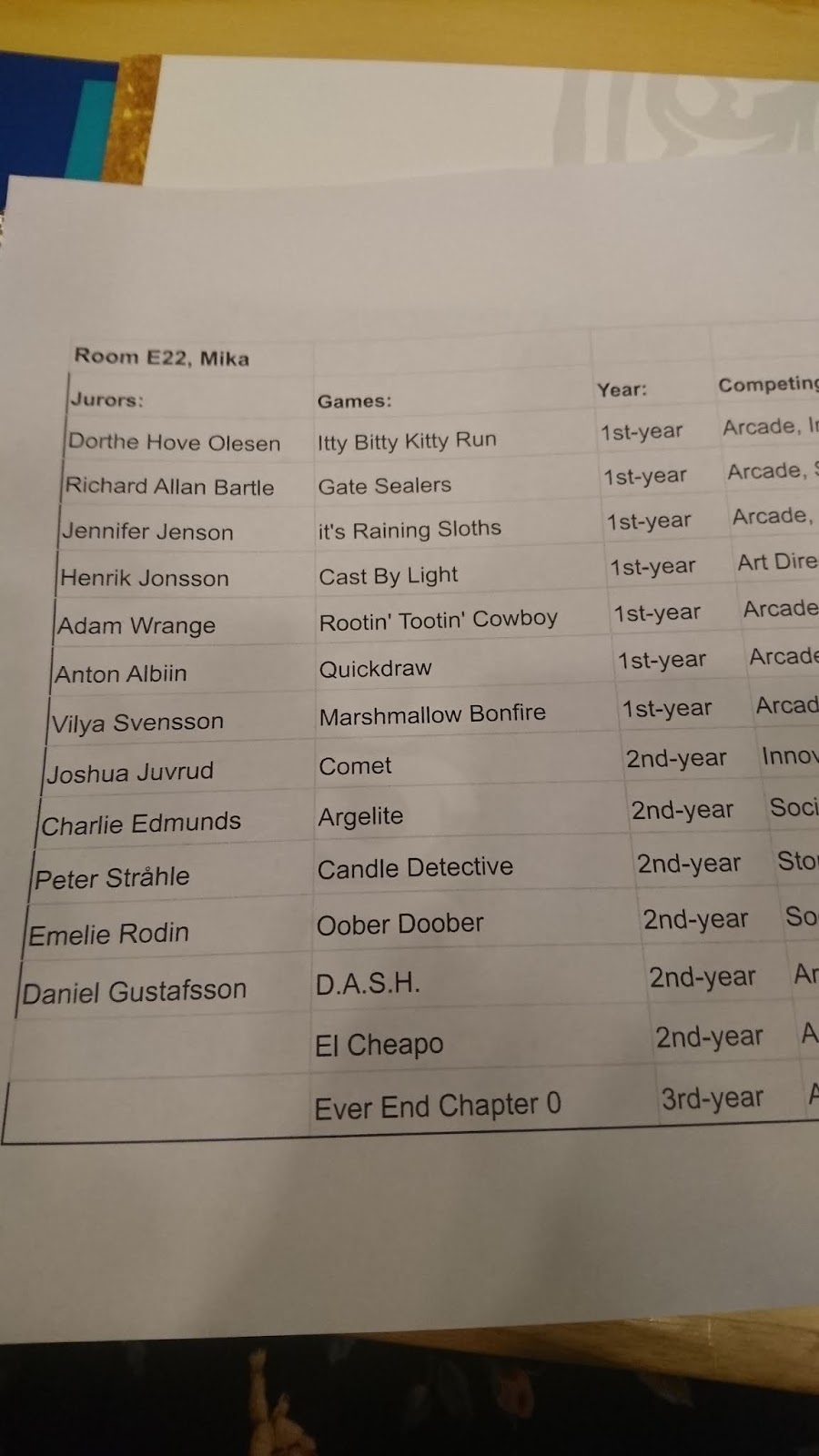 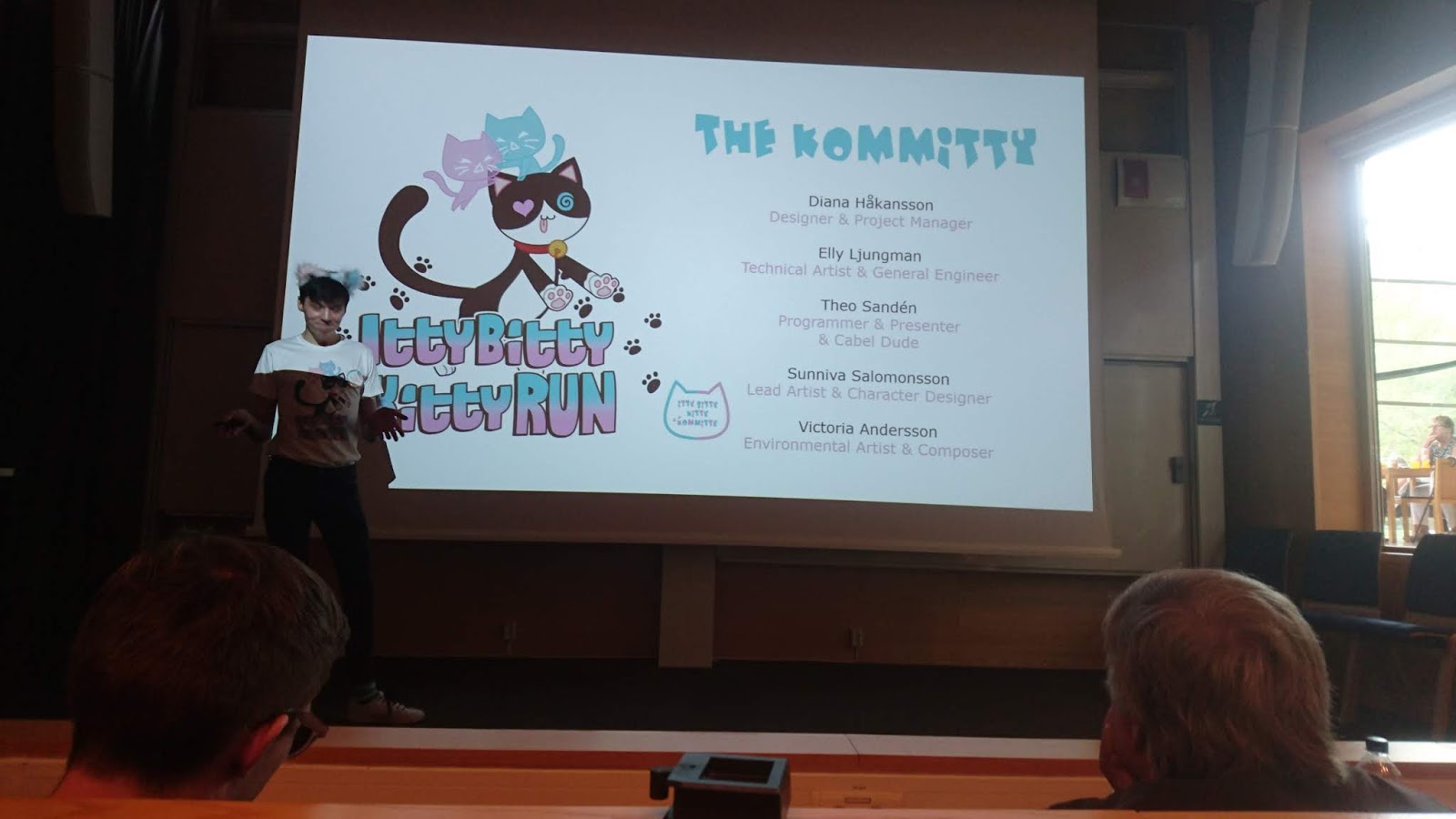 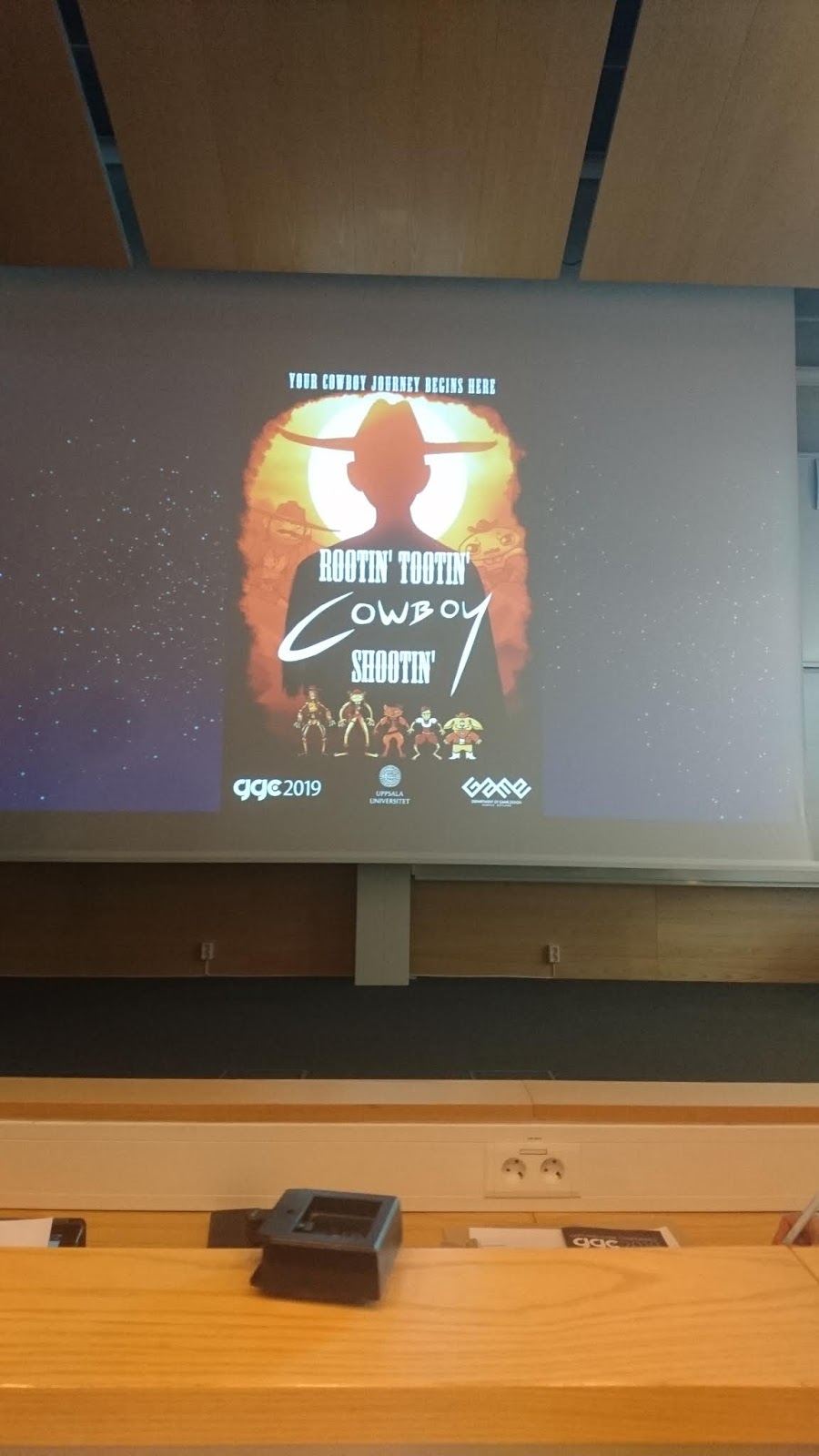 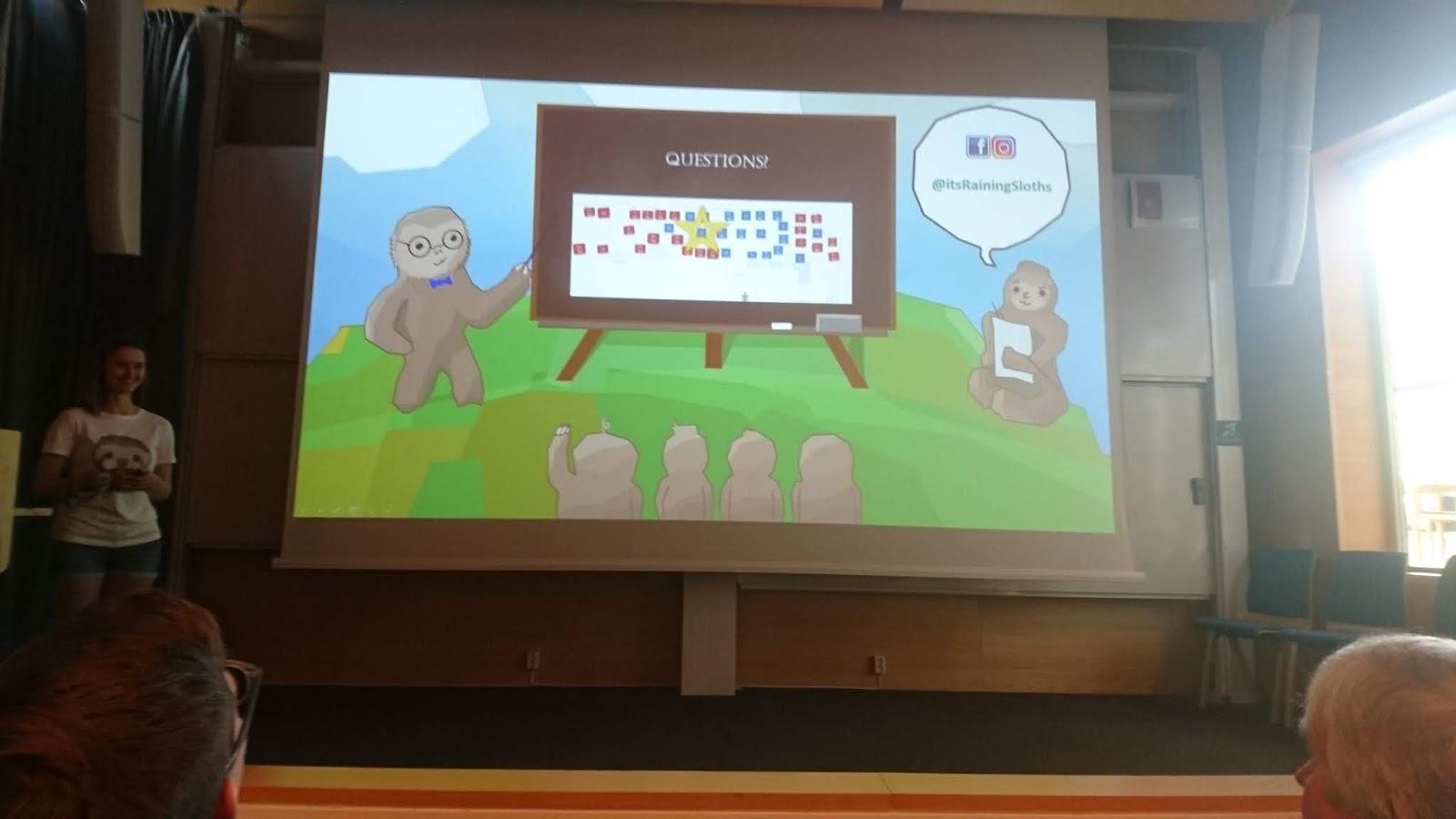 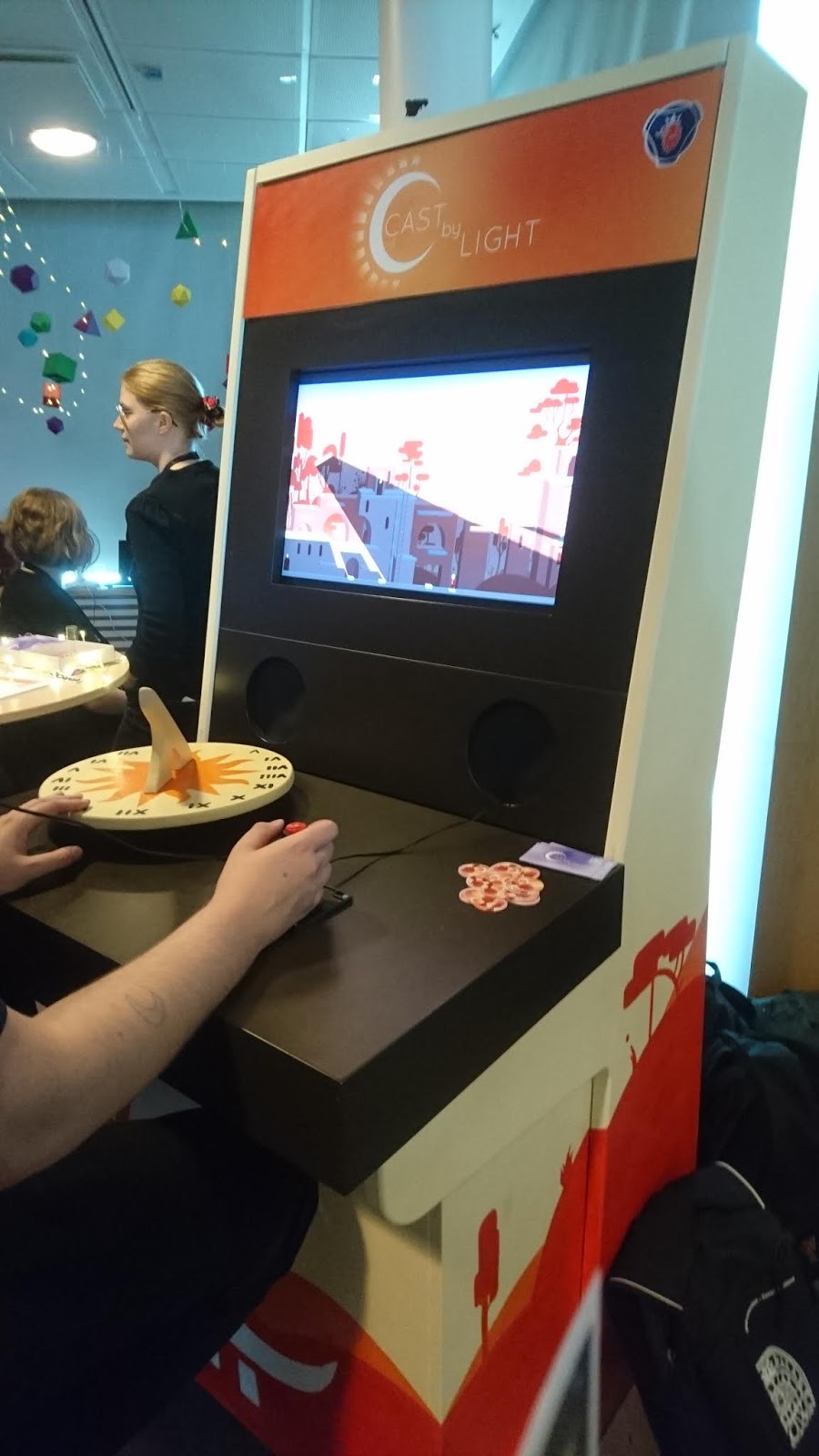 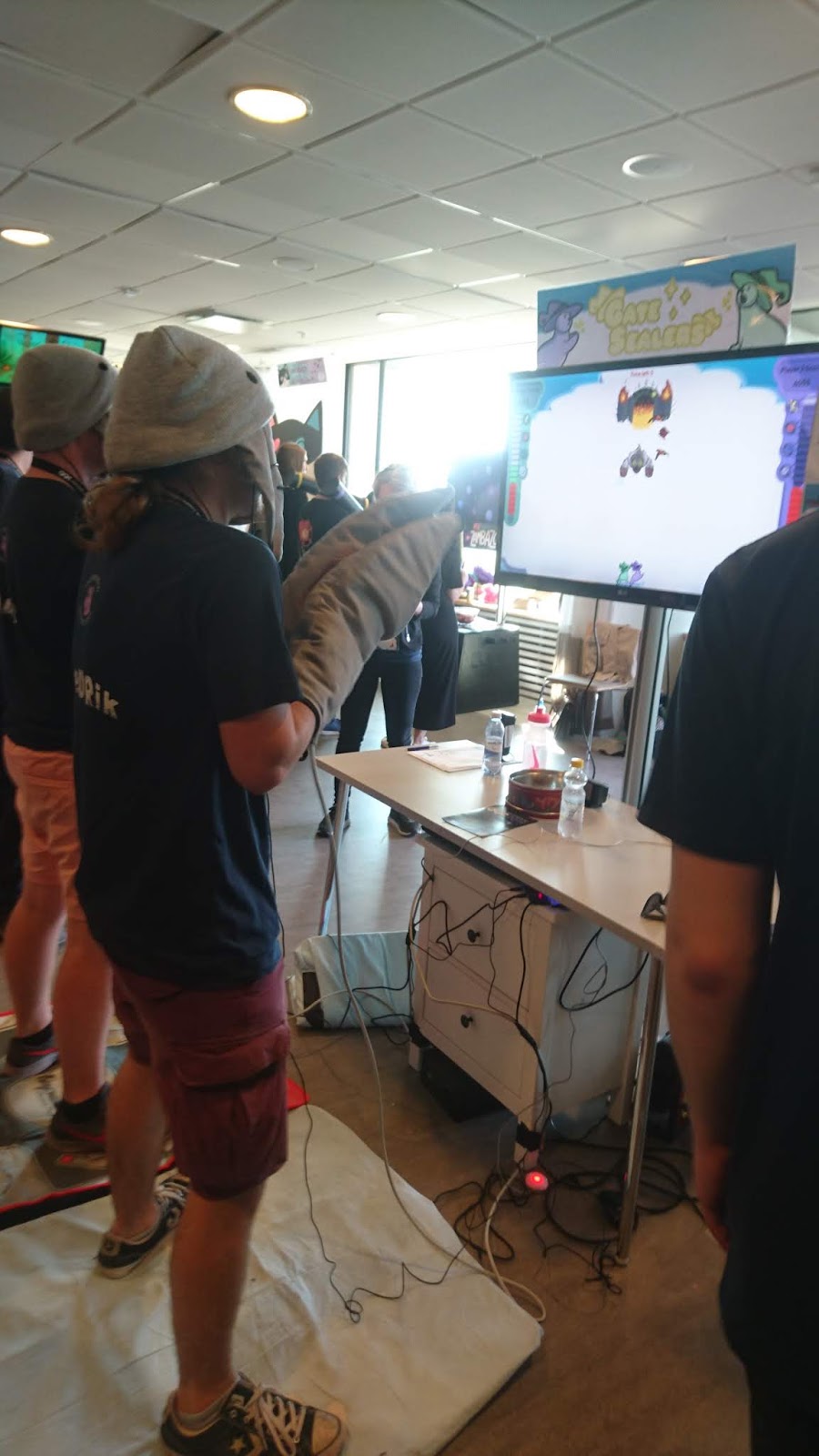 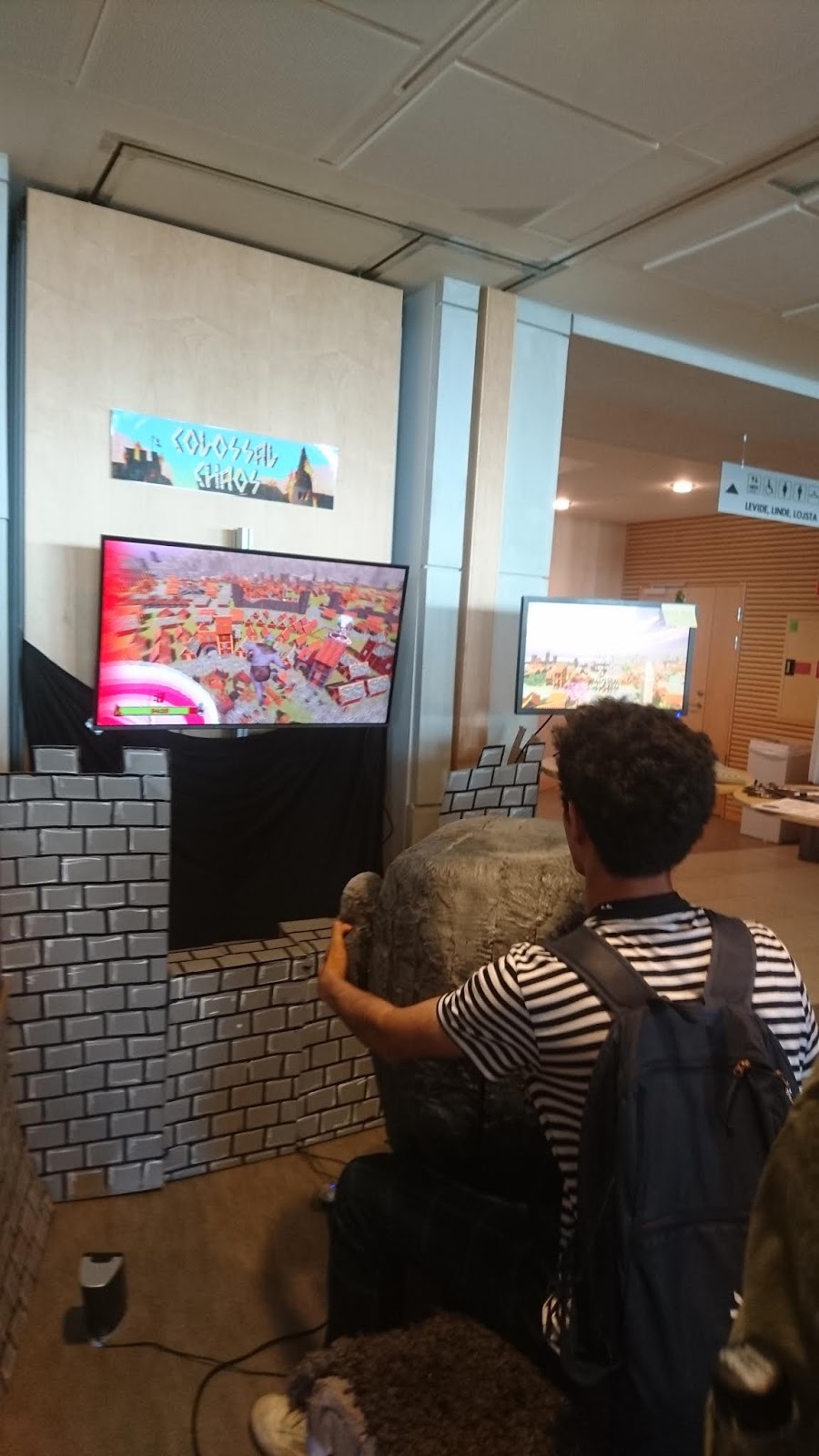 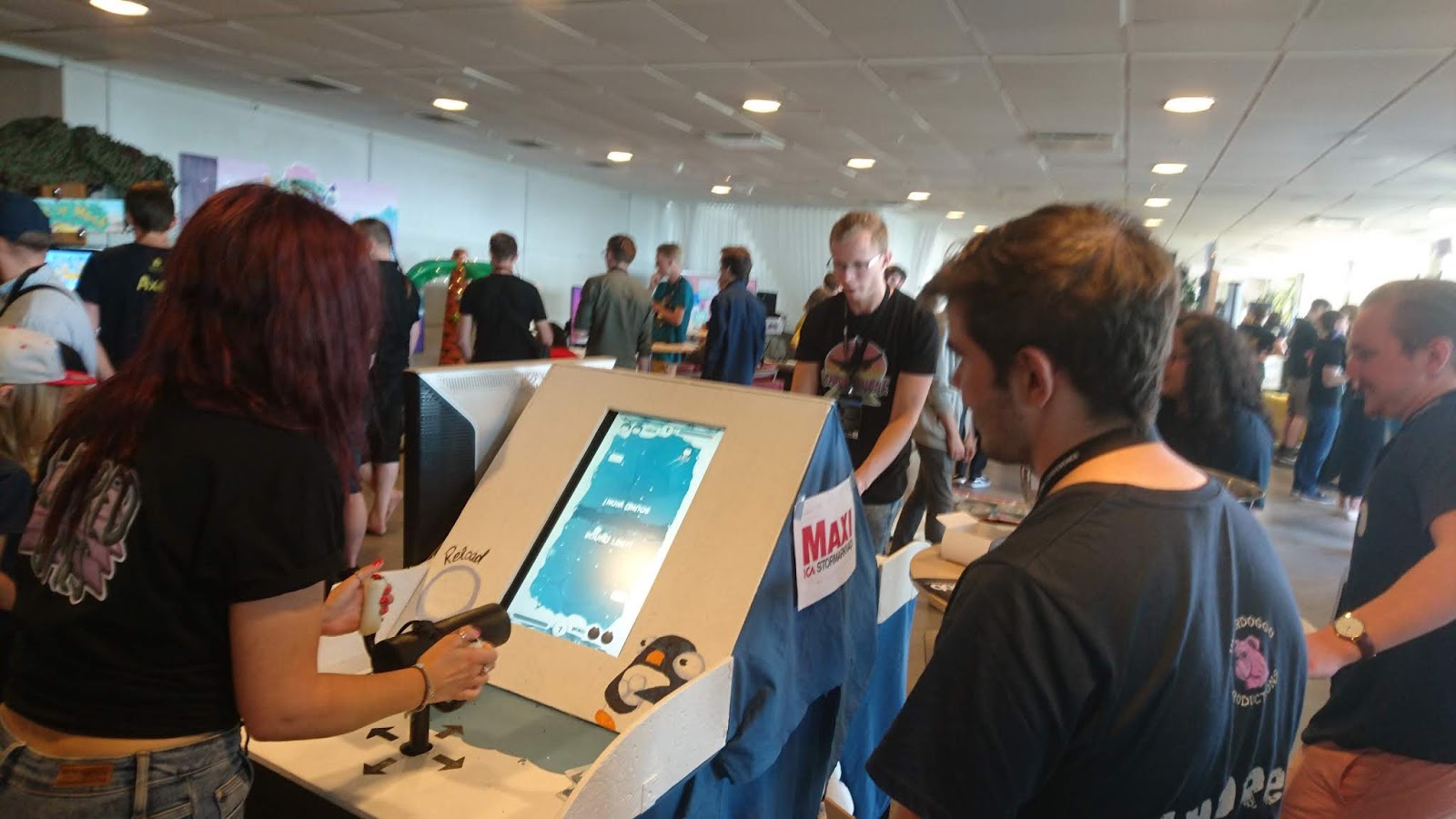 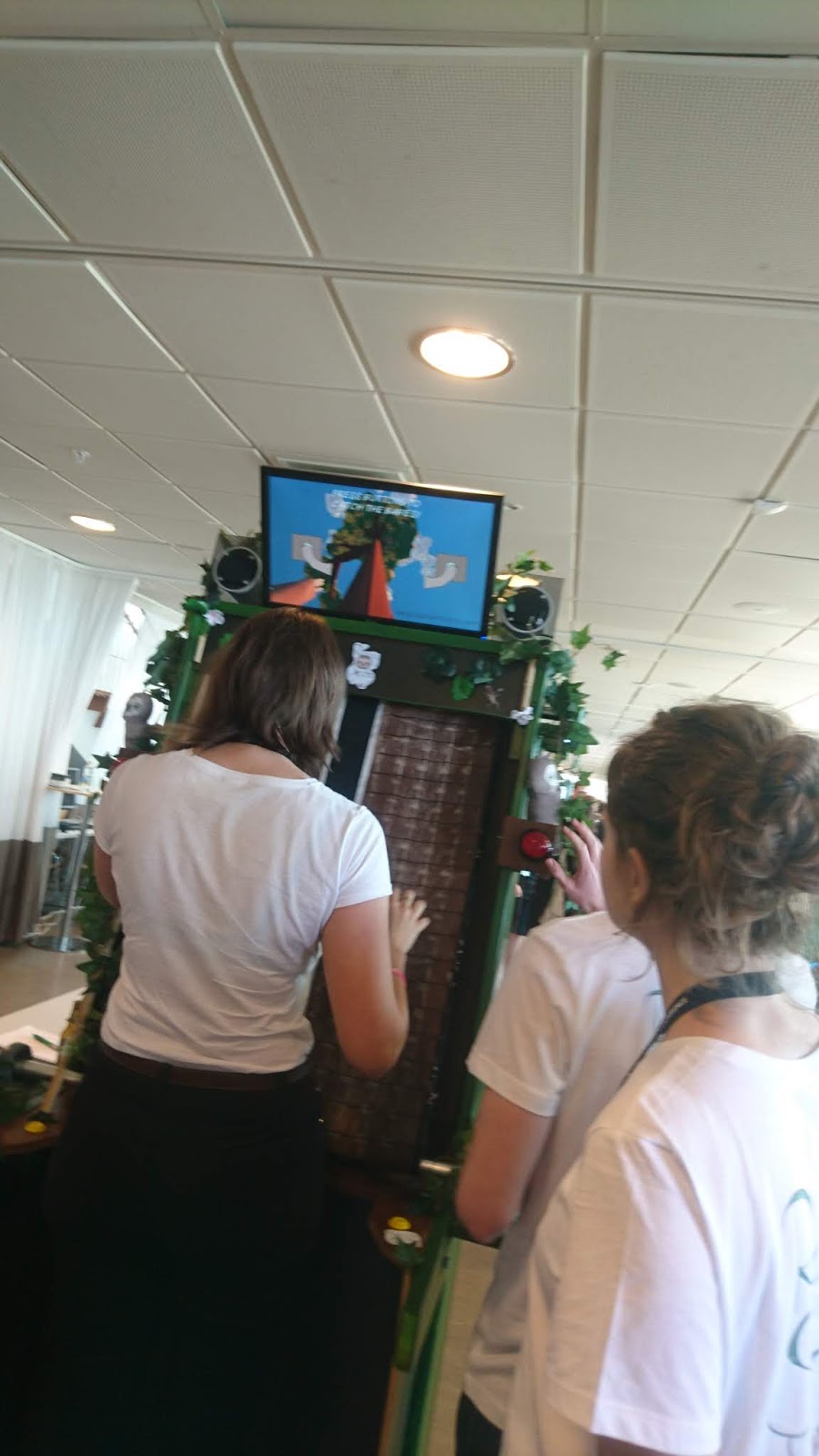 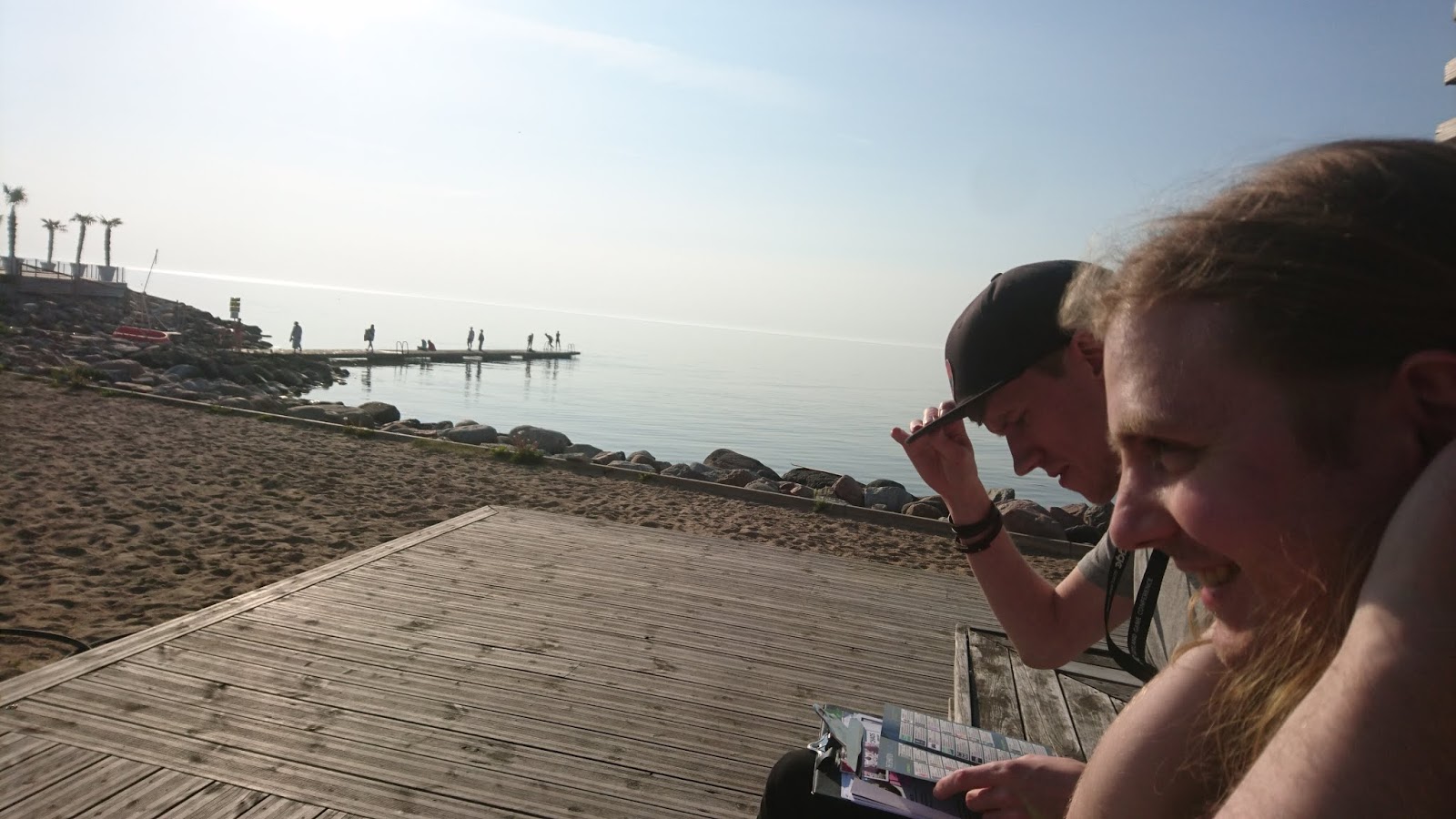 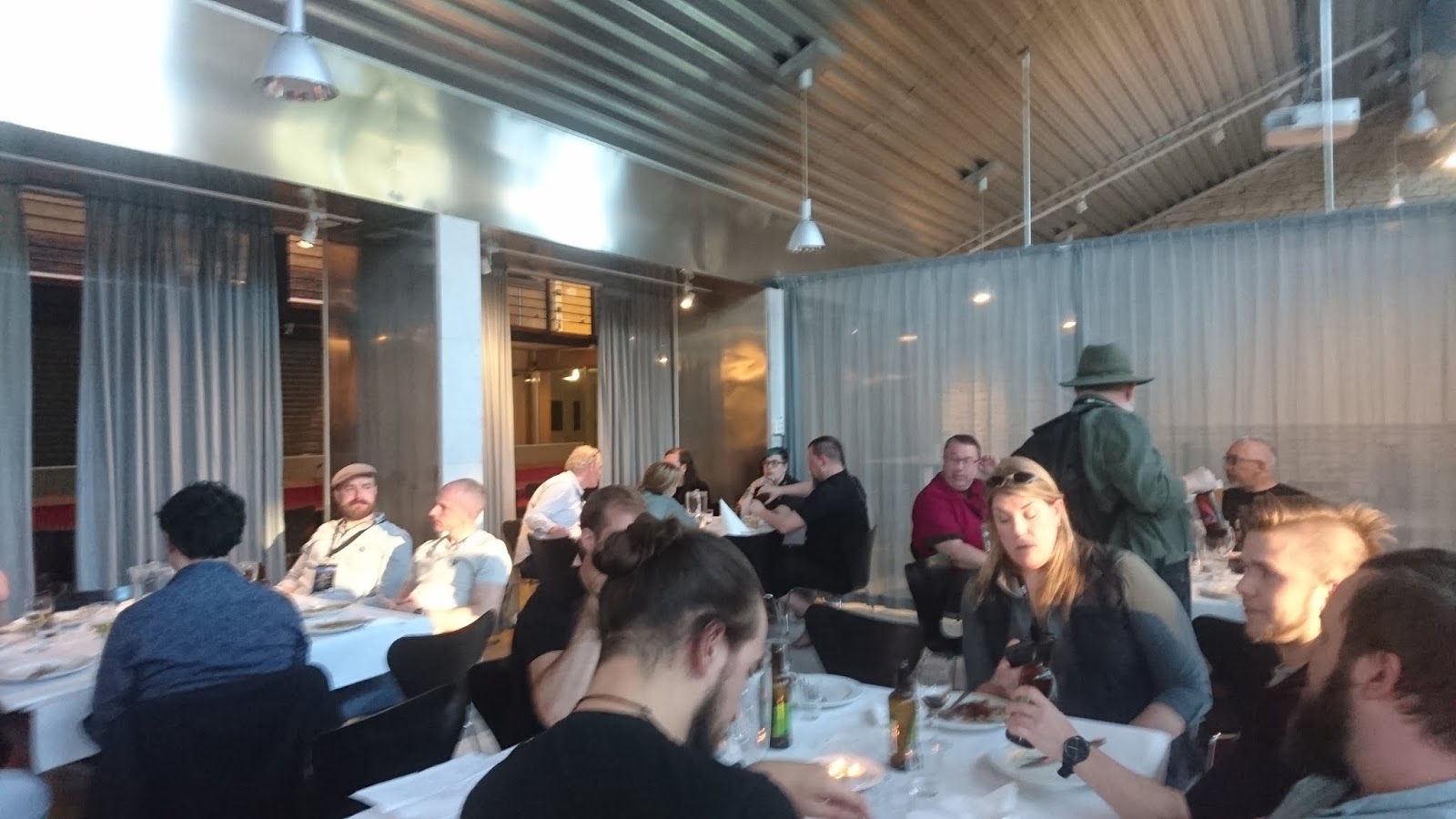 New week, and it’s time to finish up that ghost shop room by turning it into it’s spirit world version! For me, that means more darkness and some changed up colours, but once Fred gets his hand on this room, he’ll be adding some floating ghosts and creepy things in those cages among other things :) 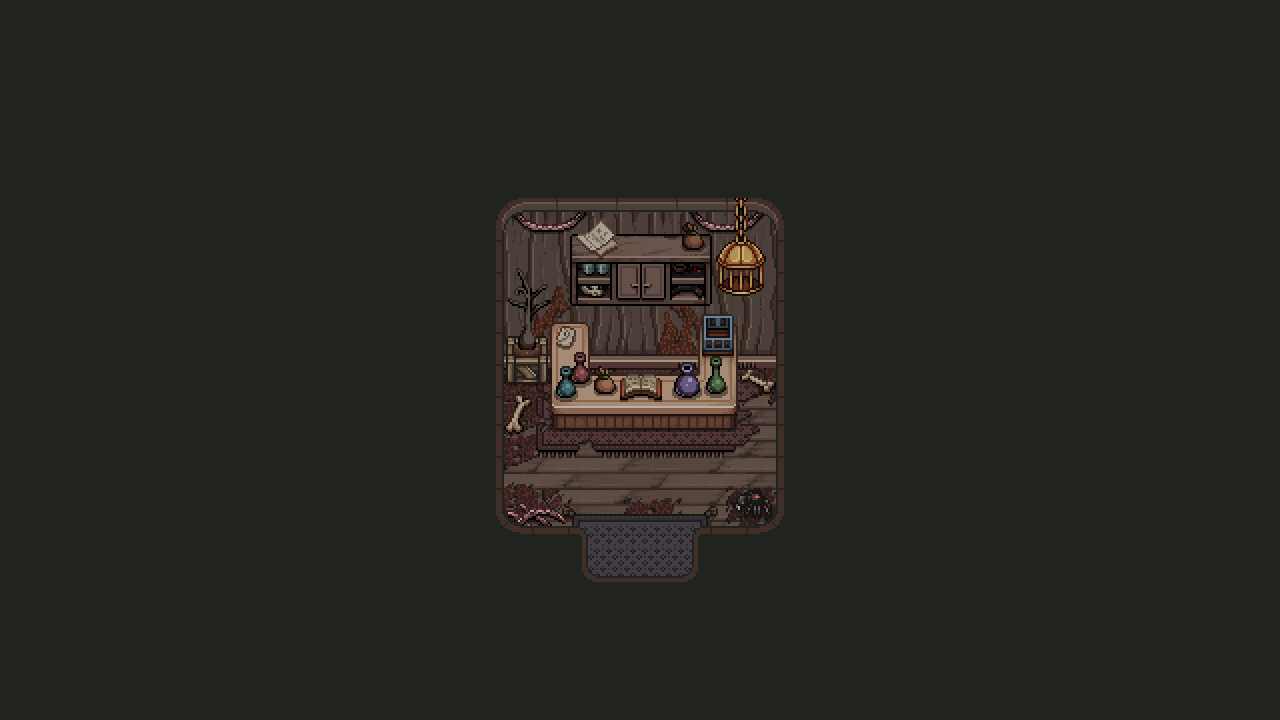 Next up we have a special room that will appear in two different version! The first version is this, which is a perfectly ordinary room, no? 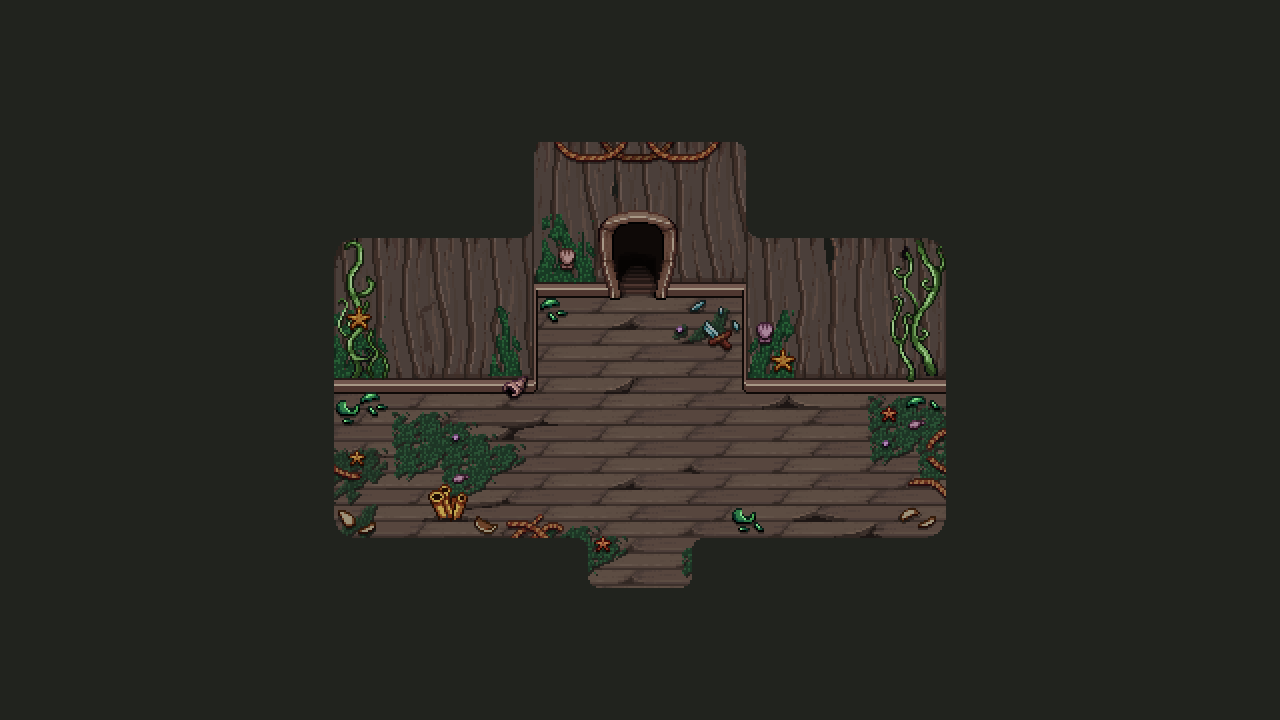 Of course, even the regular version of this room needs a proper ghost world version in case the player decides to turn the spirit lens on: 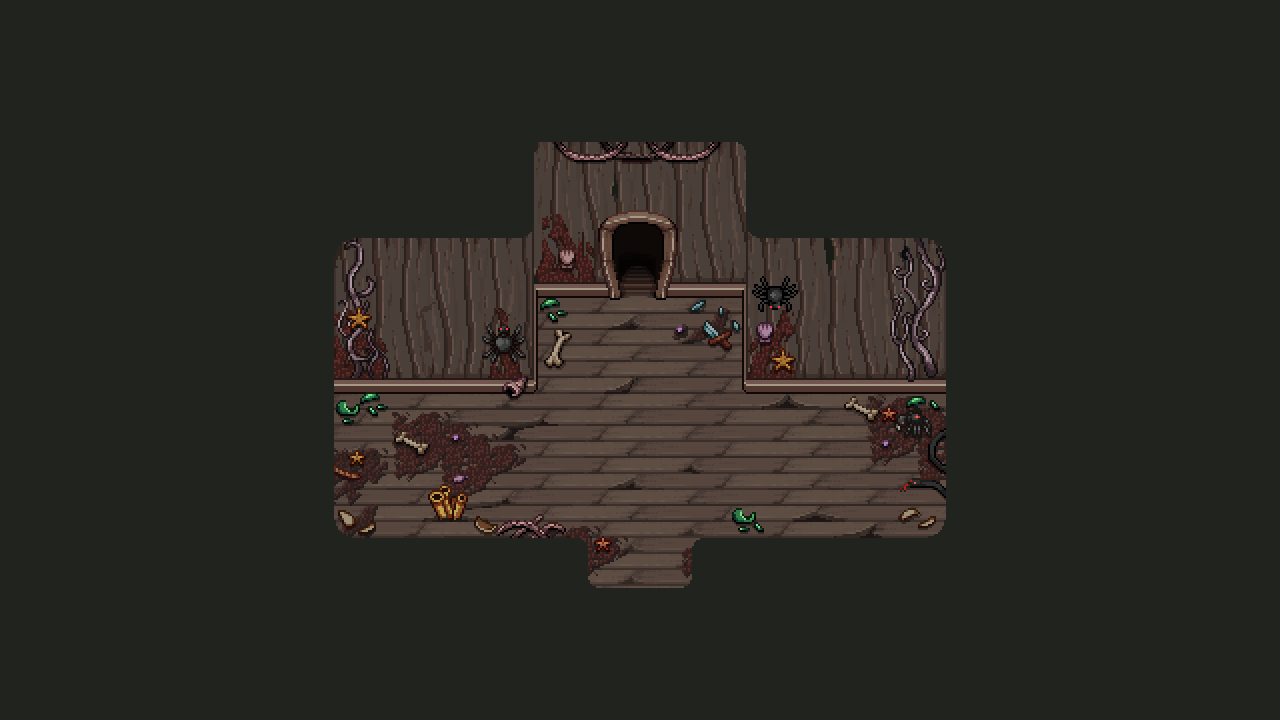 Now, for the second version of this room… It’s certainly different! See, the first time you’ll enter this room, you won’t be able to see the door. Instead, you’ll come face to face with just an ordinary wall.

And what lies behind the wall if you pass into the spirit world? 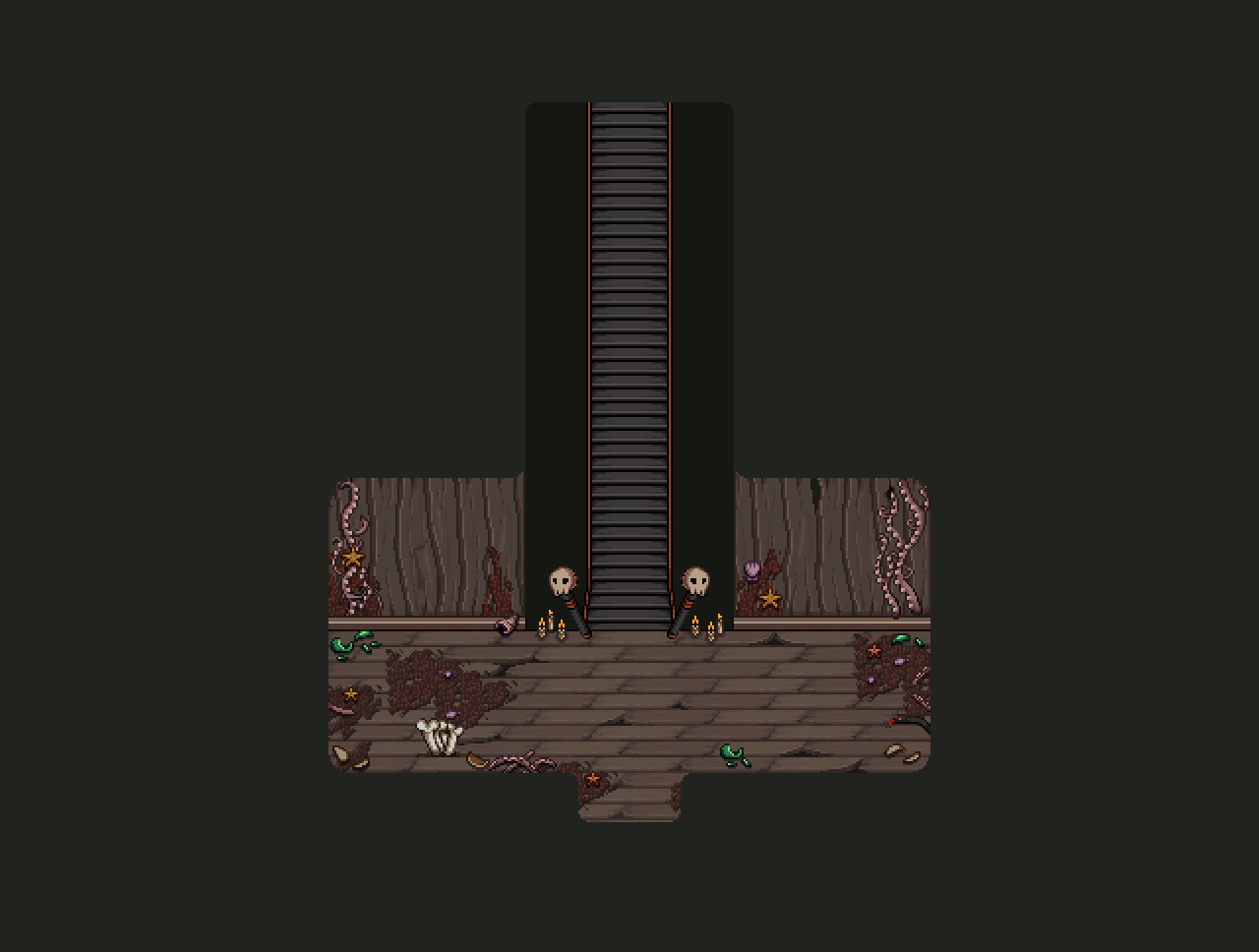 And naturally, I have to make the version with just the wall as well, so here goes: 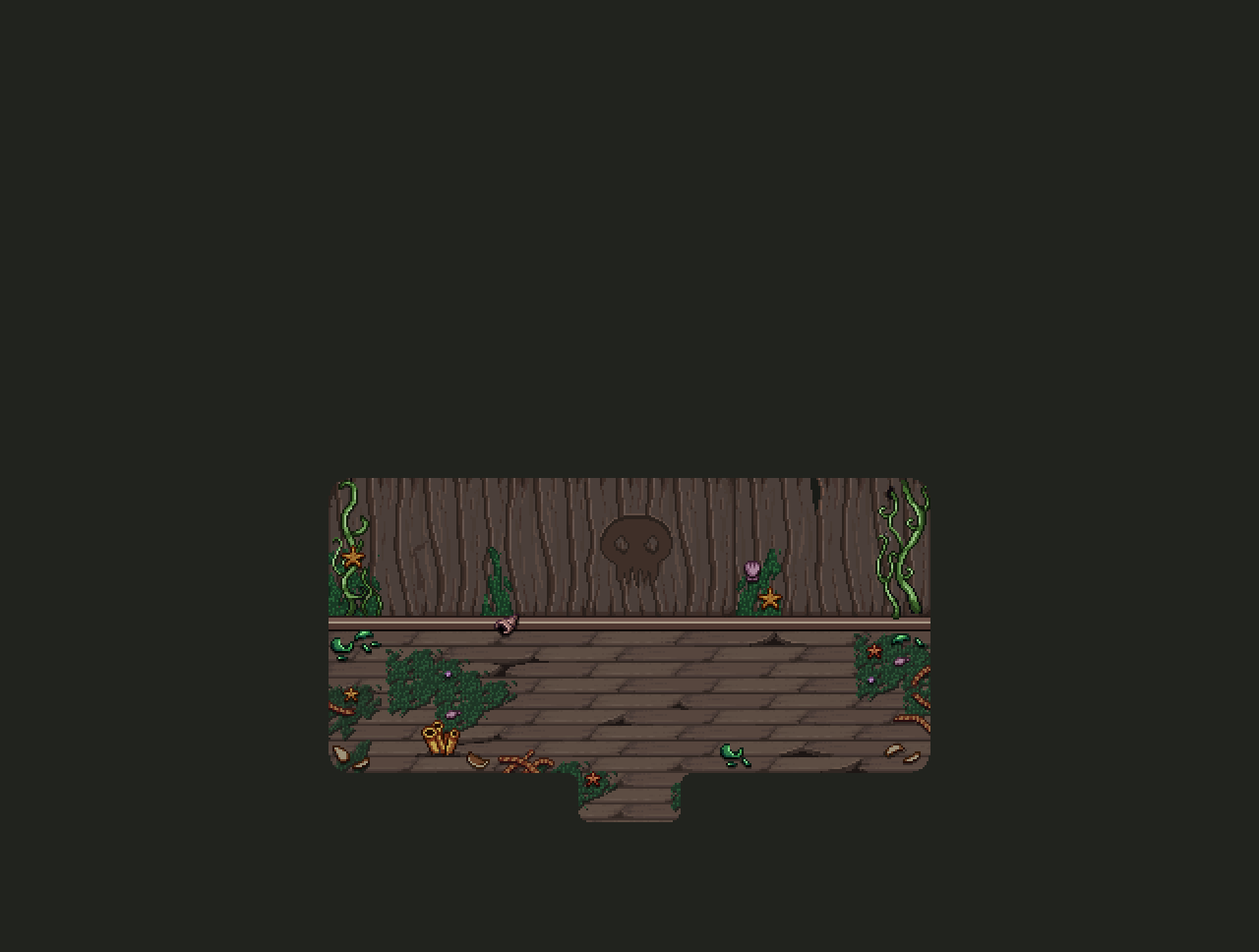 So what’s this bridge? Where does it lead? Can a neverending bridge actually lead anywhere? What does any of this actually mean? Well… It’ll all become very clear soon enough! Soon…