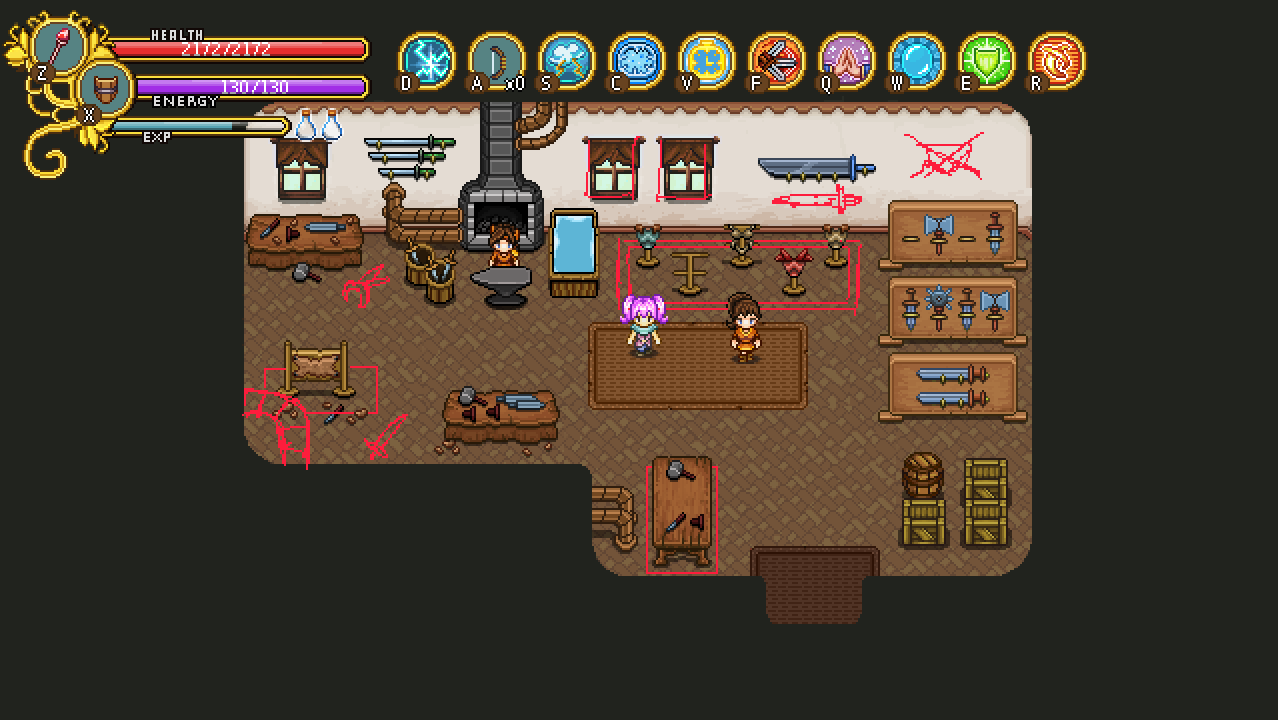 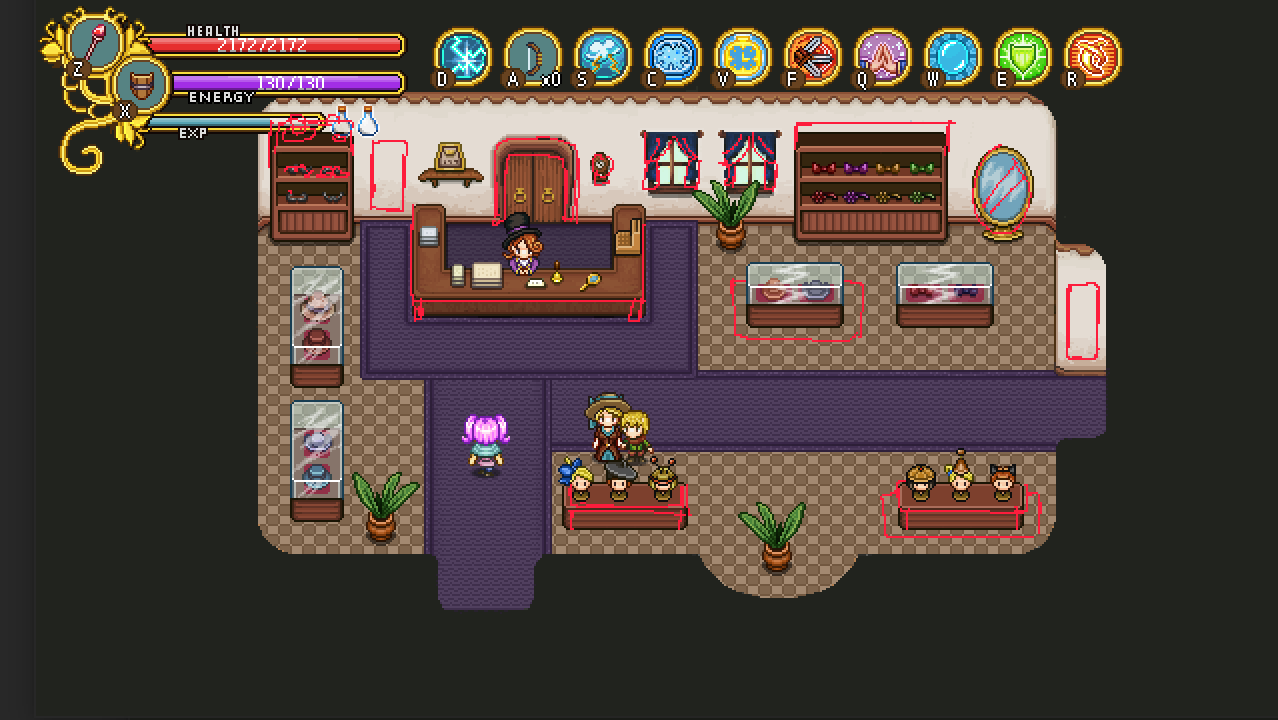 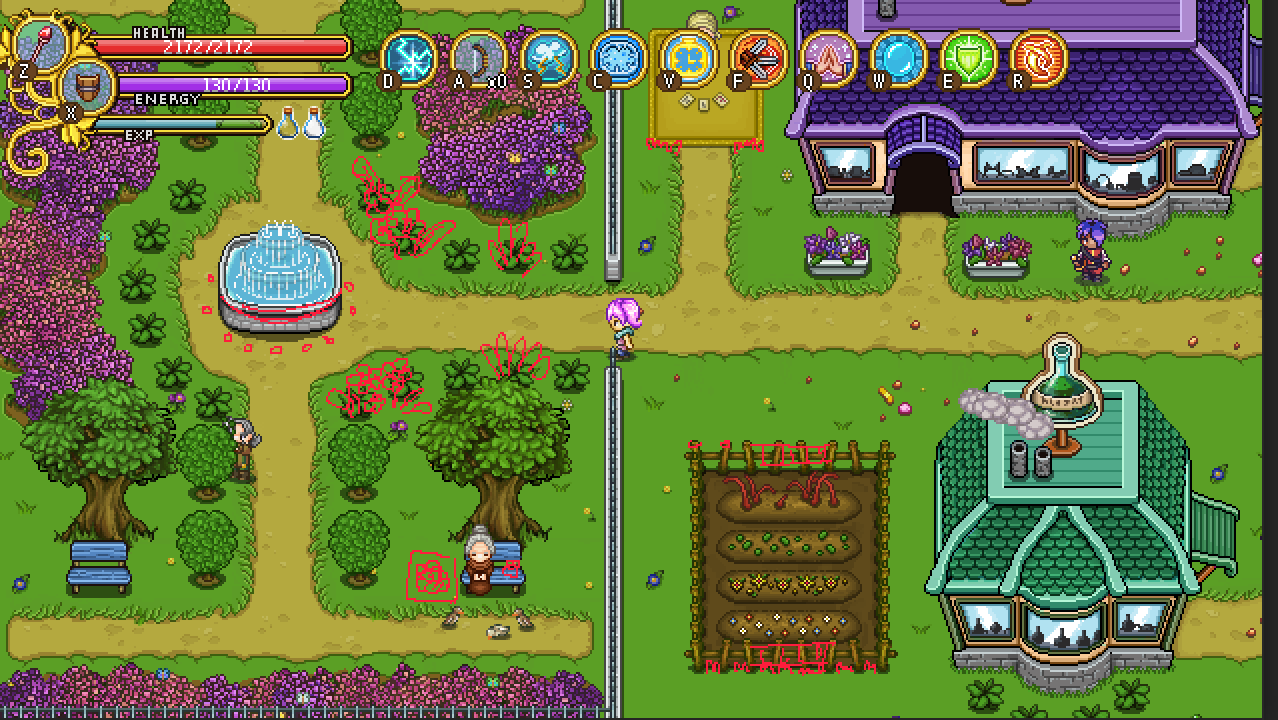 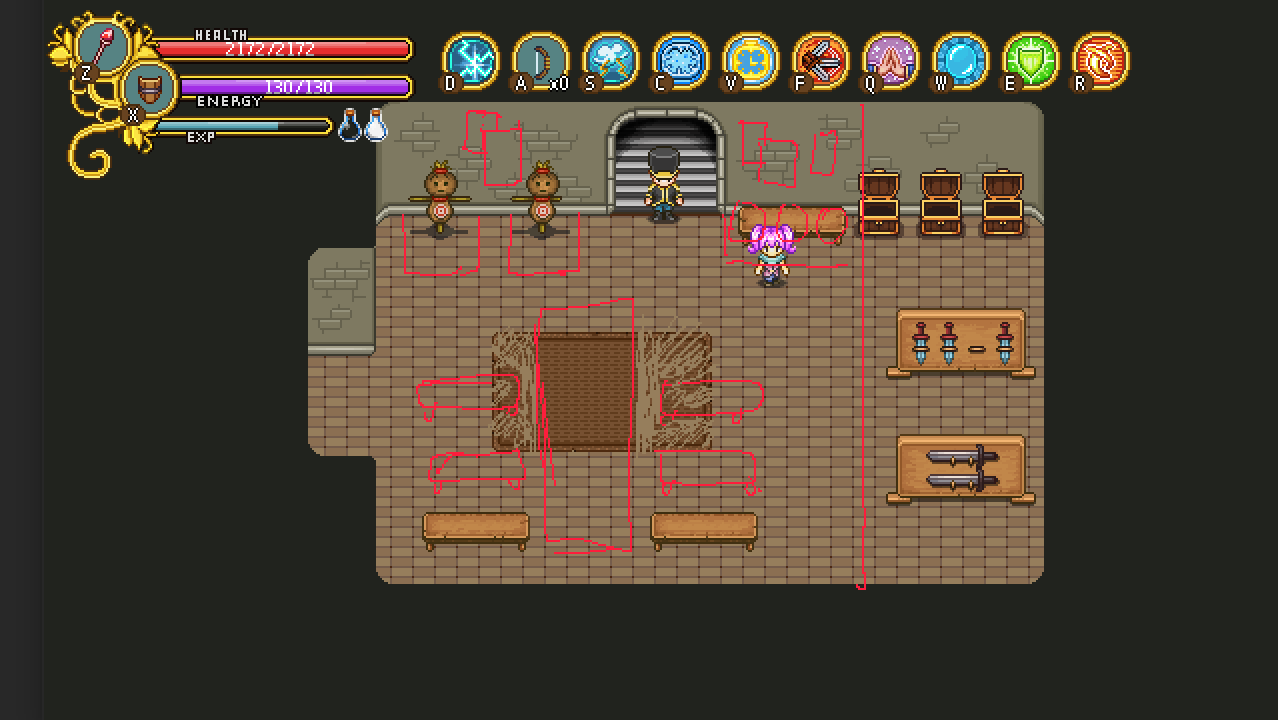 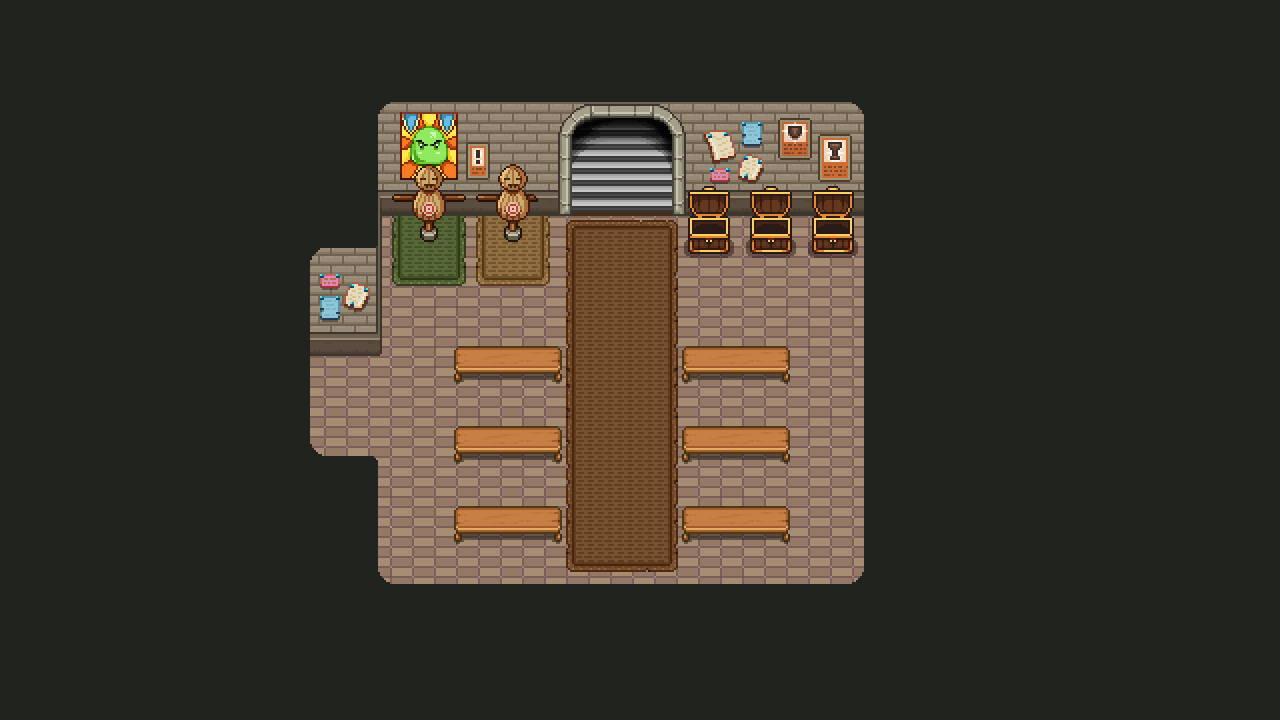 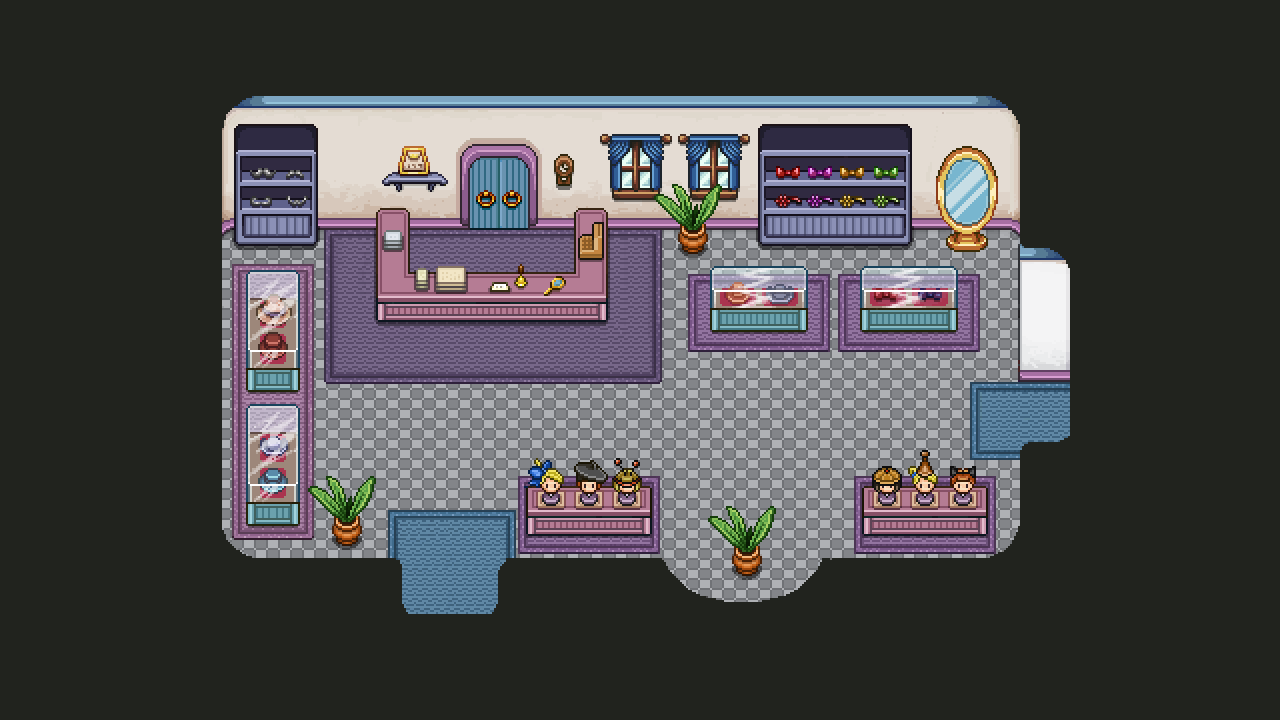 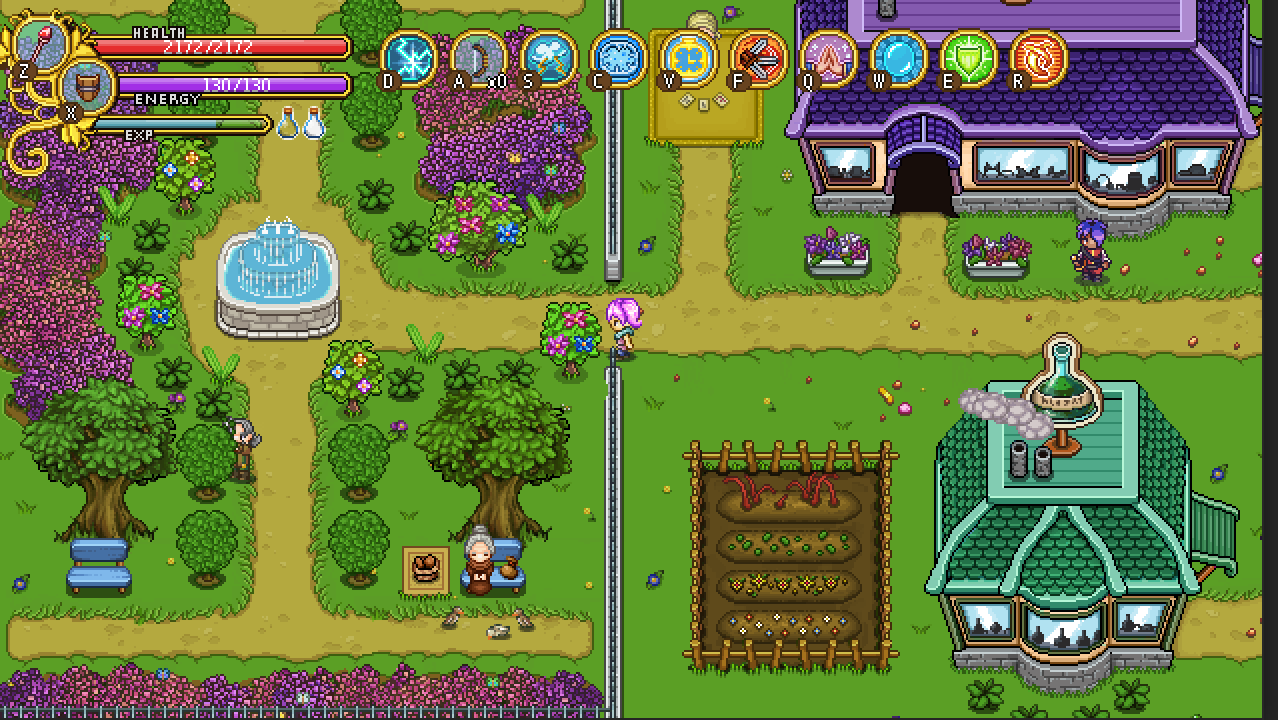 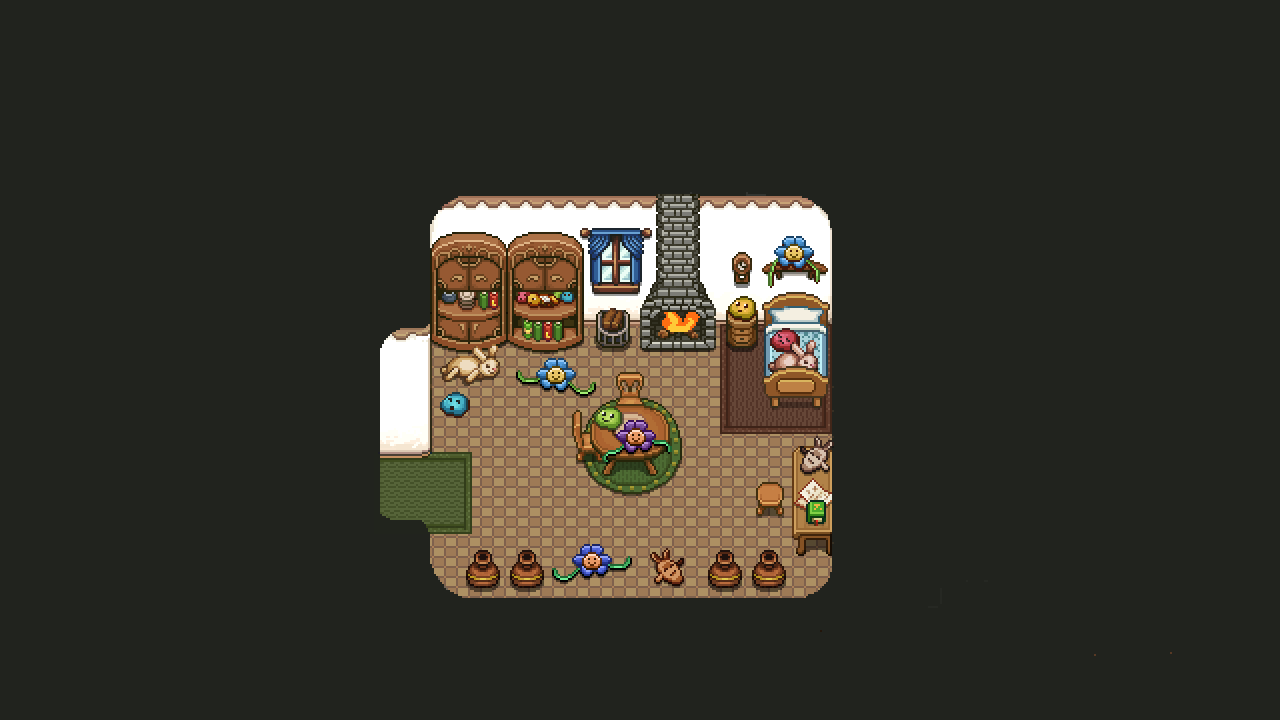 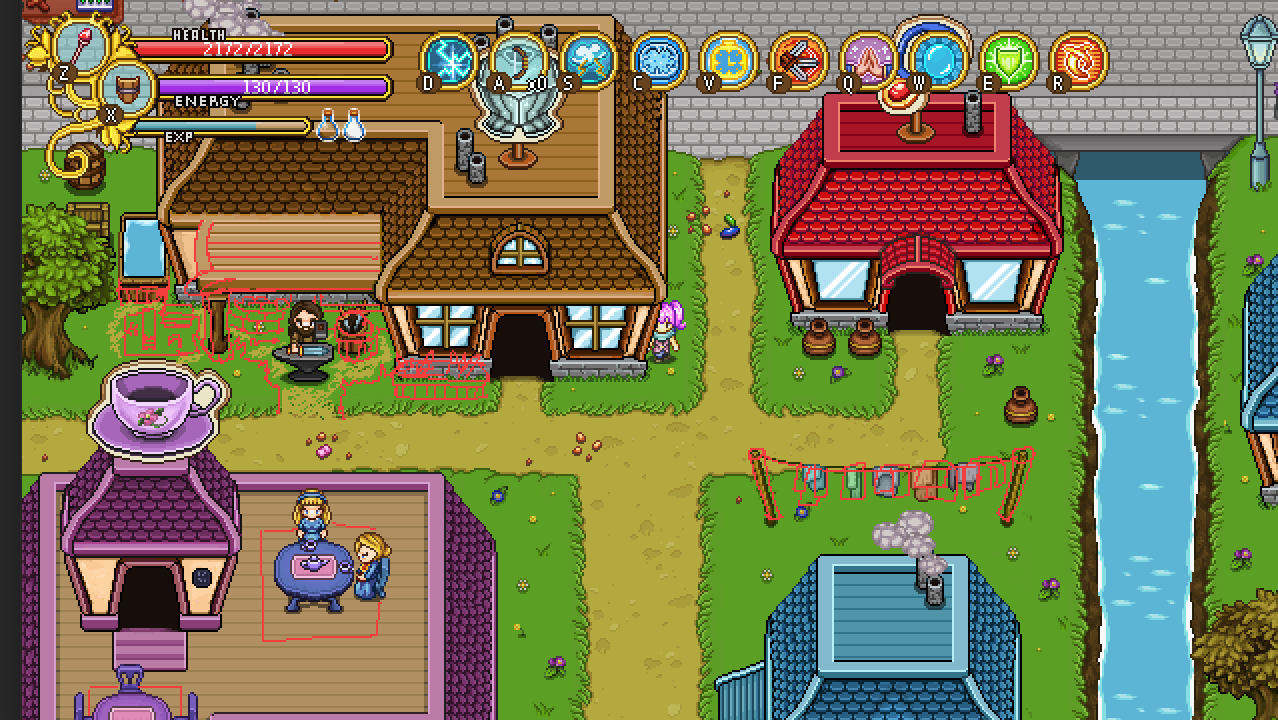 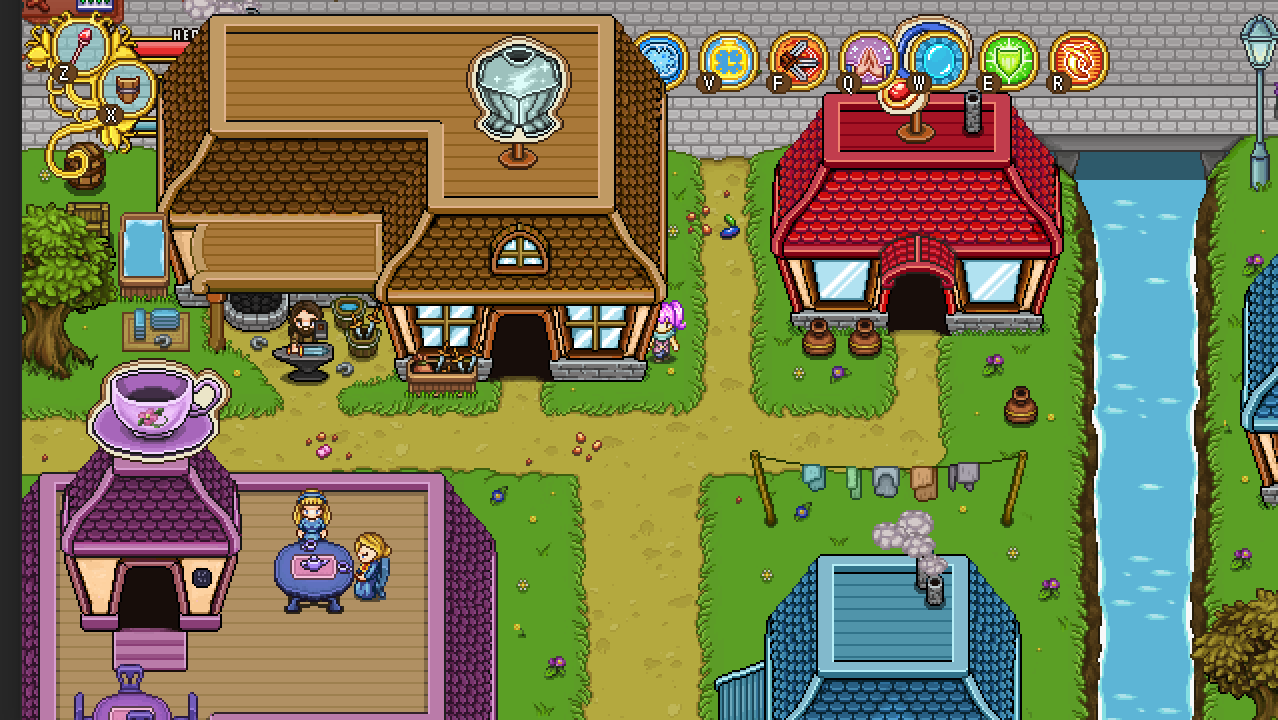 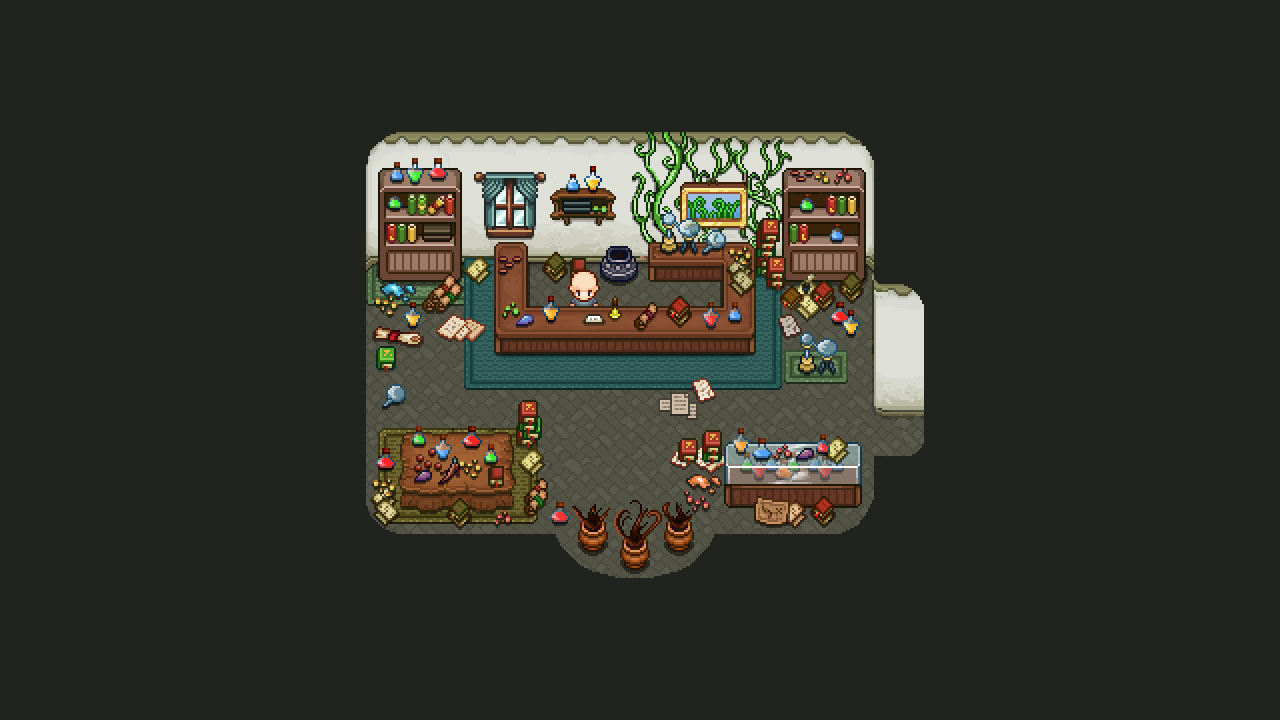 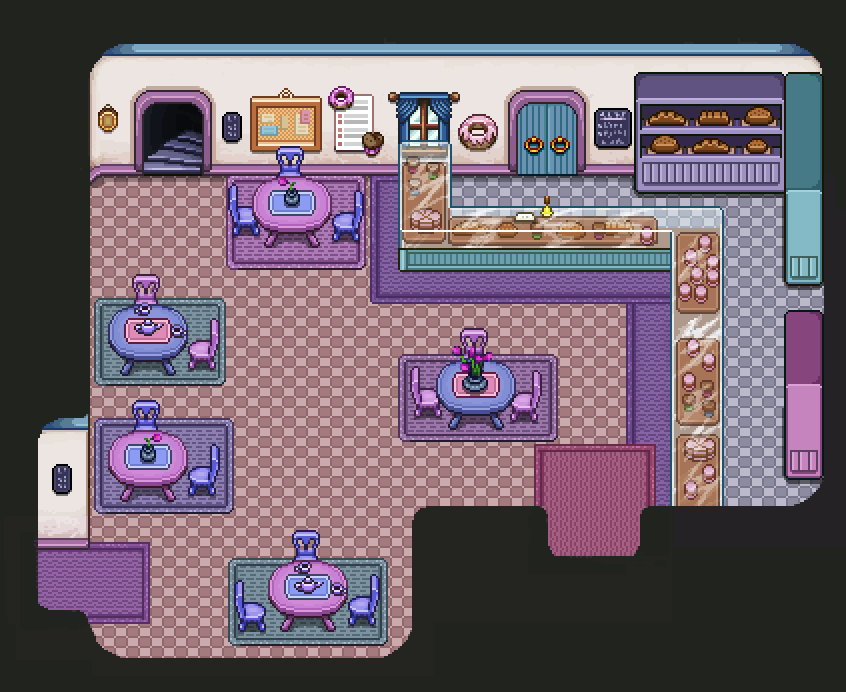 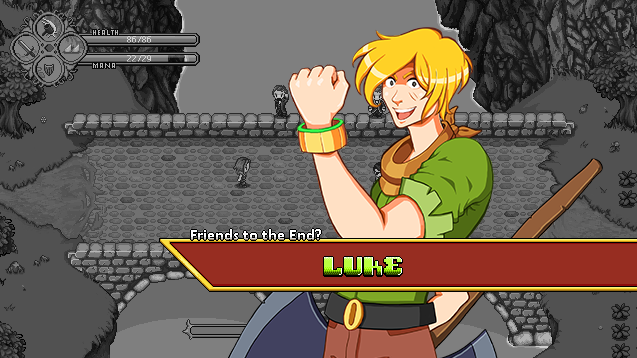 Time to plan out some more of the improvements needed for the Evergrind part of the game! Of course, the houses that use the old version of the Startington furniture needs to get the upgraded versions of that: 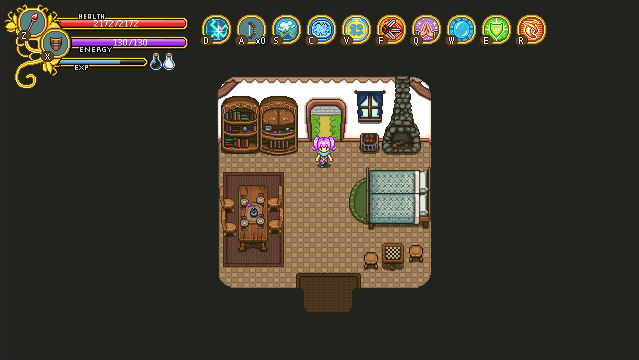 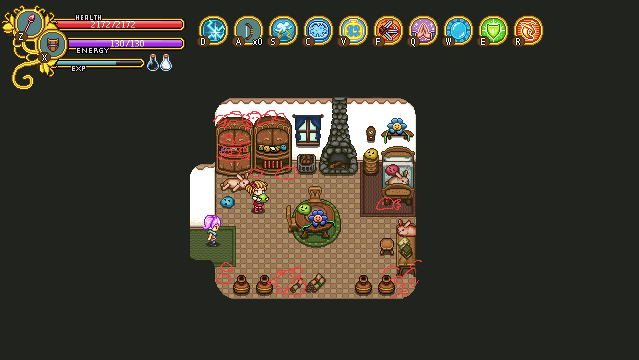 The area around the Smithy looks rather dull and the laundry hanging to dry could definitely be drawn better: 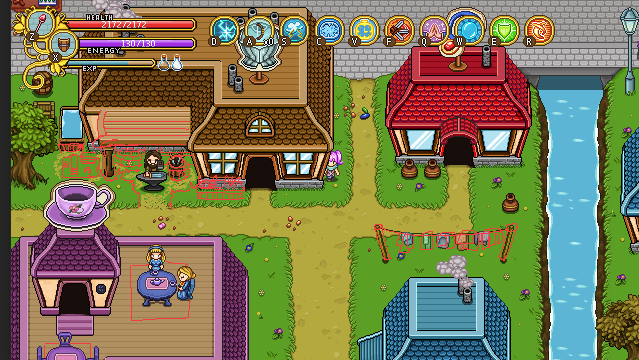 The entire café looks pretty outdated, so gonna have to do some revamping there as well: 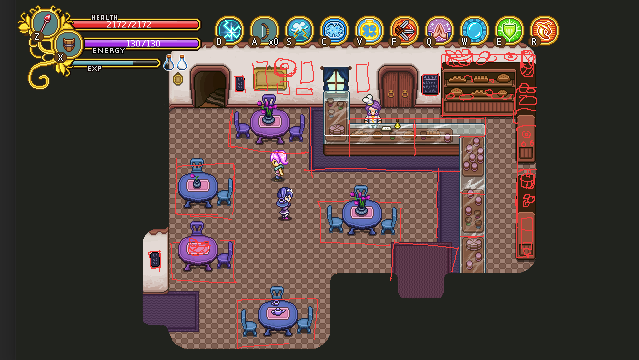 And same for the alchemist’s house, where I’d like to add even more clutter, some wild plants and other things to liven things up a bit and make it seem less drab and abandoned, and more like the colorful abode of a crazy alchemist: 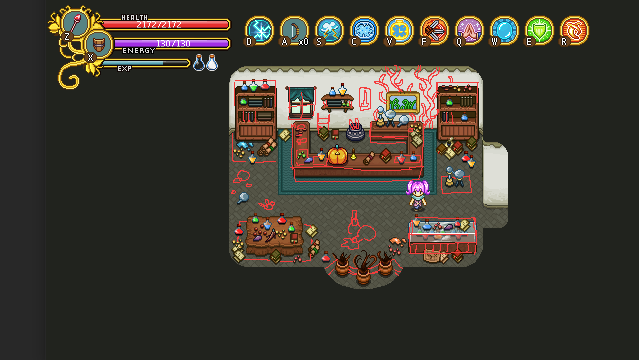 So starting off with the first improvement batch, time to upgrade this little house, the first you see as you enter Evergrind City: 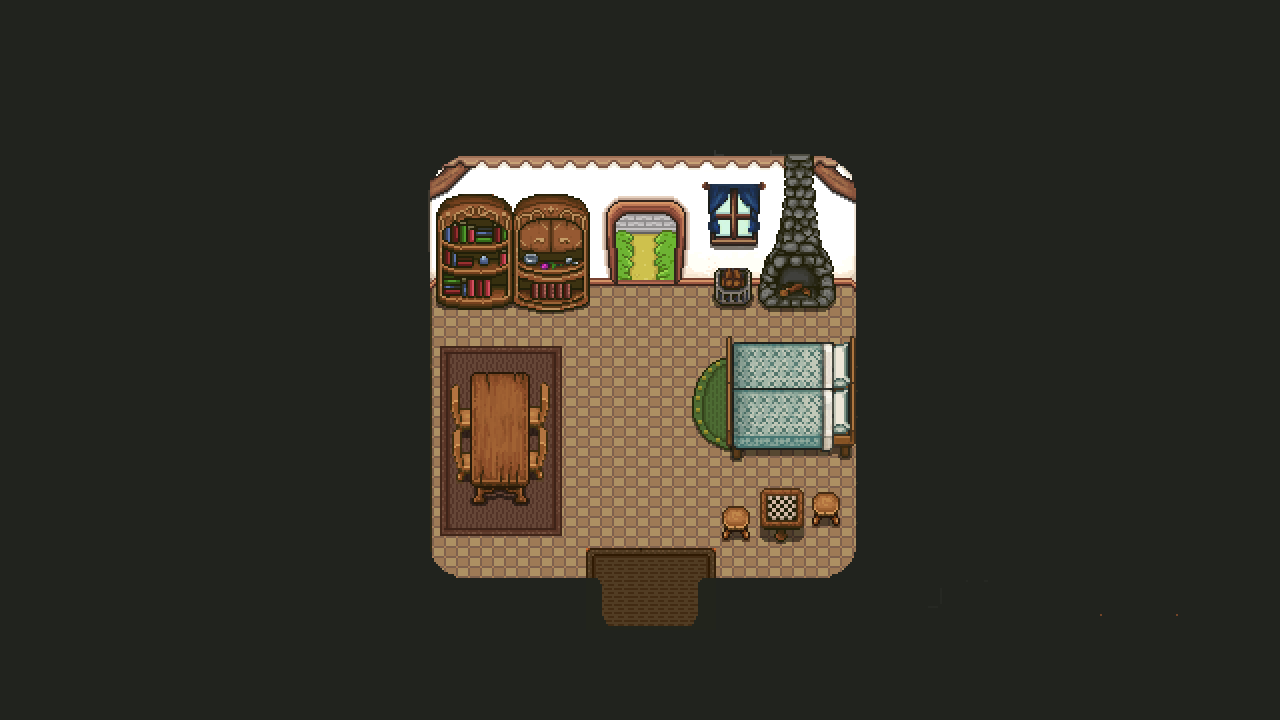 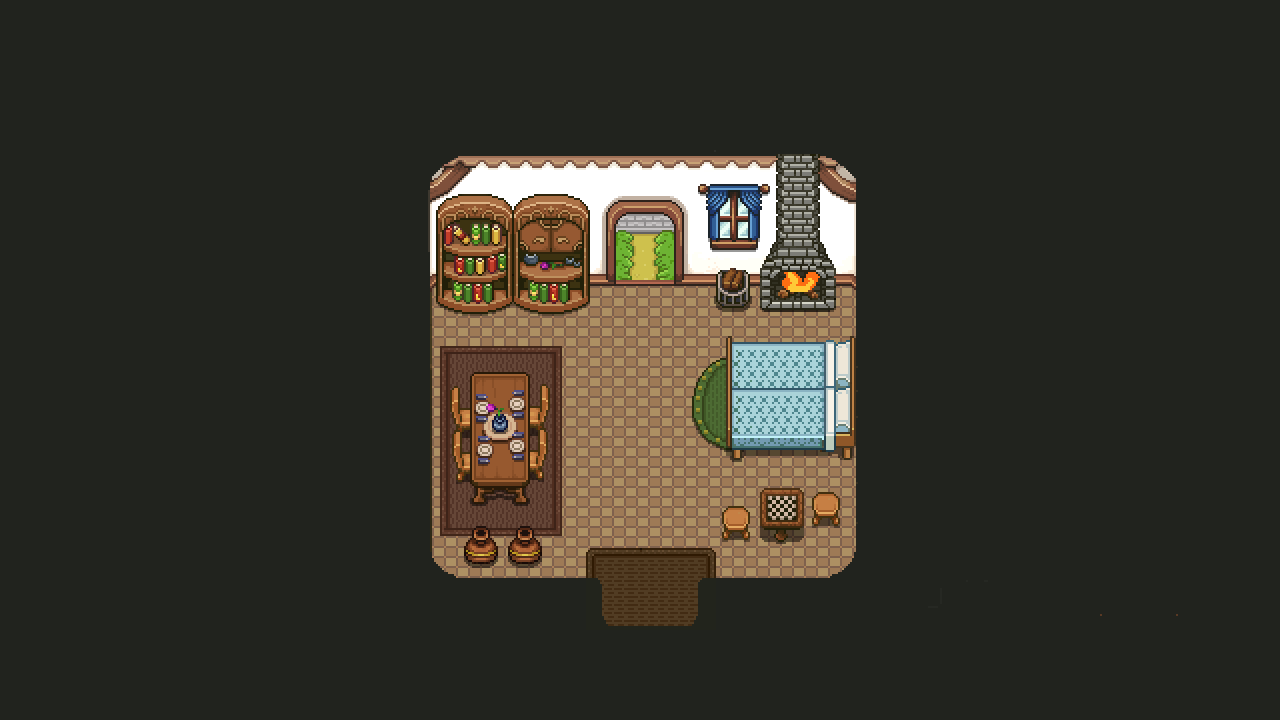 We’ve also had another meeting discussing the final dungeon! We have a bunch of ideas for specific challenges and rooms now. Some of the new ideas are as follows: 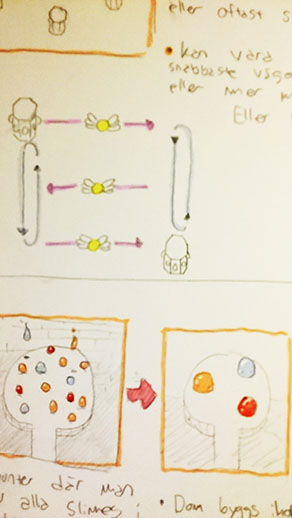 * A room where you’ll be trapped within 4 guardians that are connected with their laser beams; their movements will determine the size and shape of the space where you can move. Meanwhile you have to dodge a bullet hell, possibly summoned by phaseman! 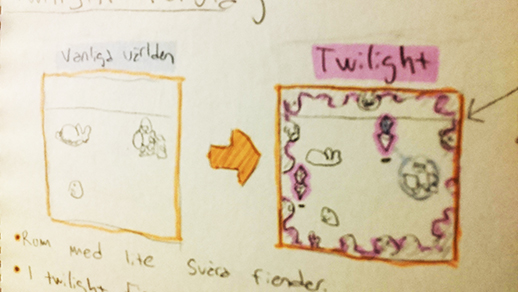 * A challenge room with either Gifts of Presents (or both), which will eat a key and it’s your goal to find and defeat the one who ate it.

* An overgrown room in which you’ll battle every plant enemy in the game, ending with a short guest appearance from the power flower

… and more! Needless to say, we’re getting more excited about this final dungeon by the minute. Hope you are too! :)

Now it’s time for another look at Luke’s boss battle! It’s coming together quickly now, with a bunch of his attacks being mixed and match to create an interesting pattern for the first stages of his fight that will be unique every time:

Some of the effect graphics have been improved since the last time as well, and I feel like it already looks pretty good (with the exception of the placeholder background, hehe – I’ll get to that eventually)!

What we want now is to amp up the second part of the fight. We already know he will enter berserk mode at a certain point, but aside from that we want to mix it up a bit so it’s not just the same (random) mix and match combo patterns for the entirety of the fight. We have a couple of ideas for ‘bigger’ attacks that we’ll try out in the near future though, so we’ll see how that ends up!

And here we have a closer look at a bunch of those fancy Luke animations: 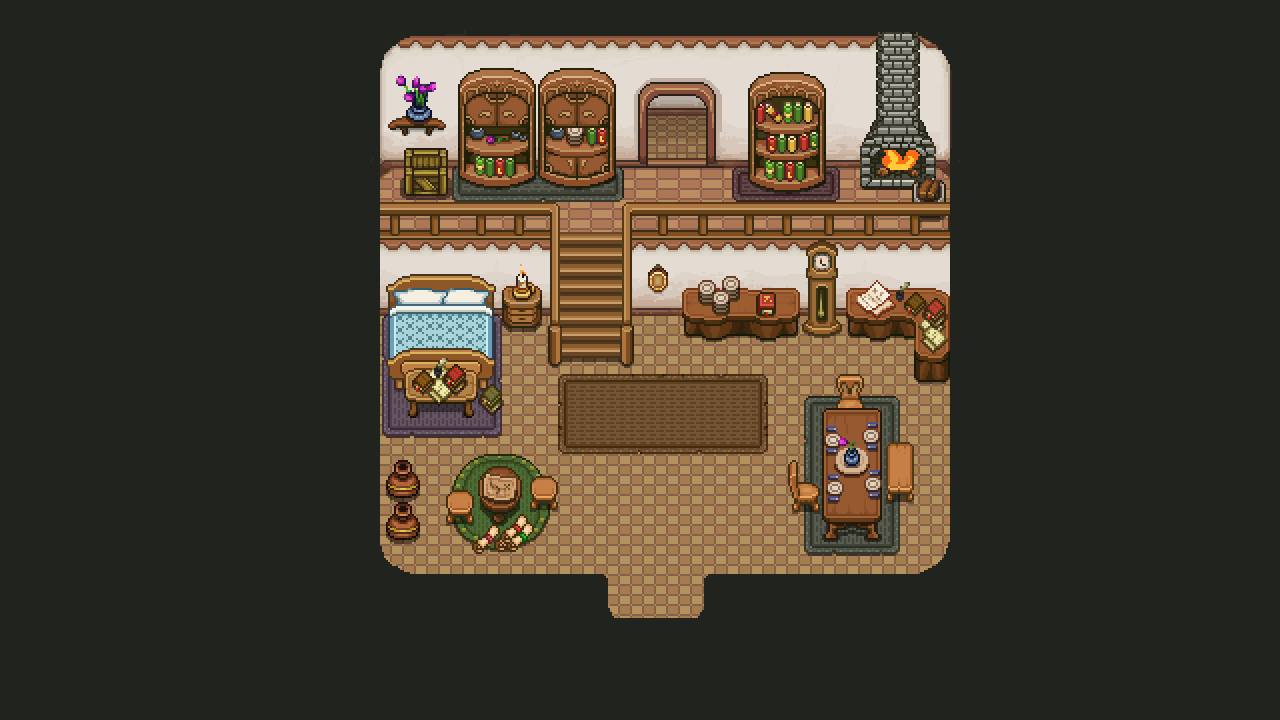 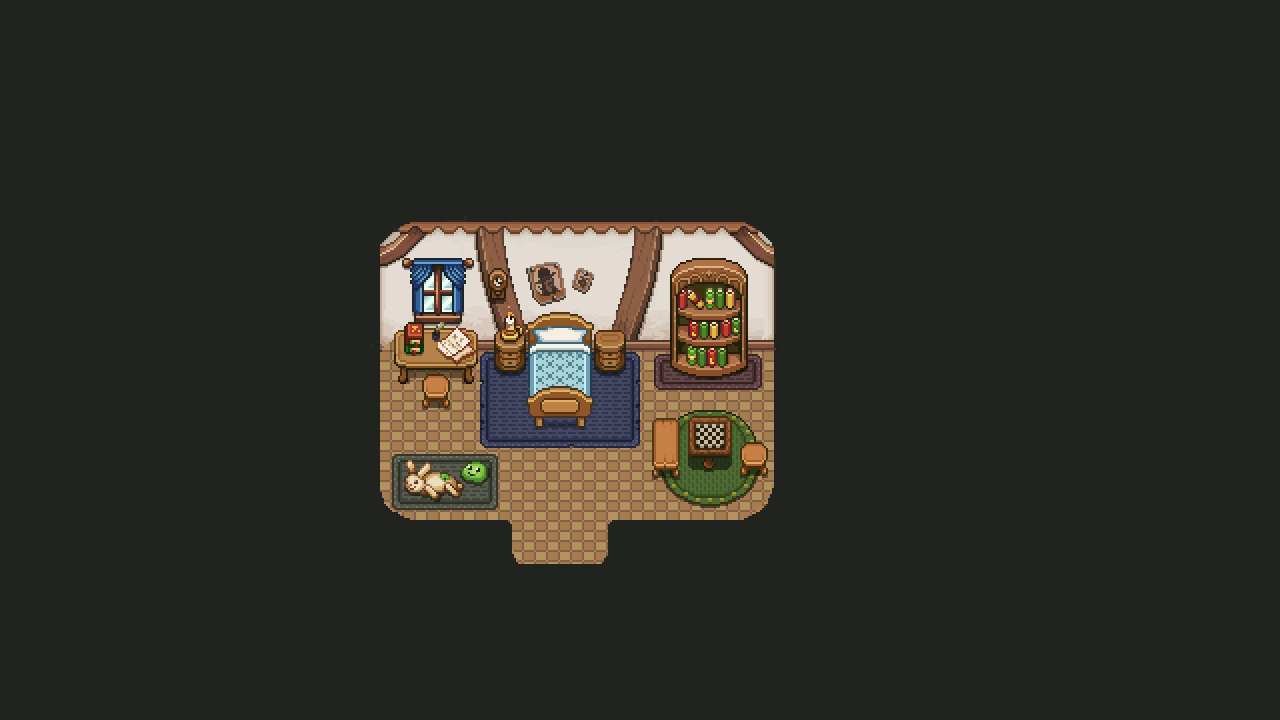