It’s been yet another week, and work on Tai Ming’s second zone continues!

Vilya has been making more interiors and characters, more boss testing has been made, there’s been some playing around with future puzzles… Lots of stuff! Let’s take a look at our more important new graphics:

First up, some new interiors. Moving below stairs in the Inn, it’s time to take a look at the inn’s storage room! Here the innkeeper stores whatever things he does not need, and it also houses something you need to progress the story: 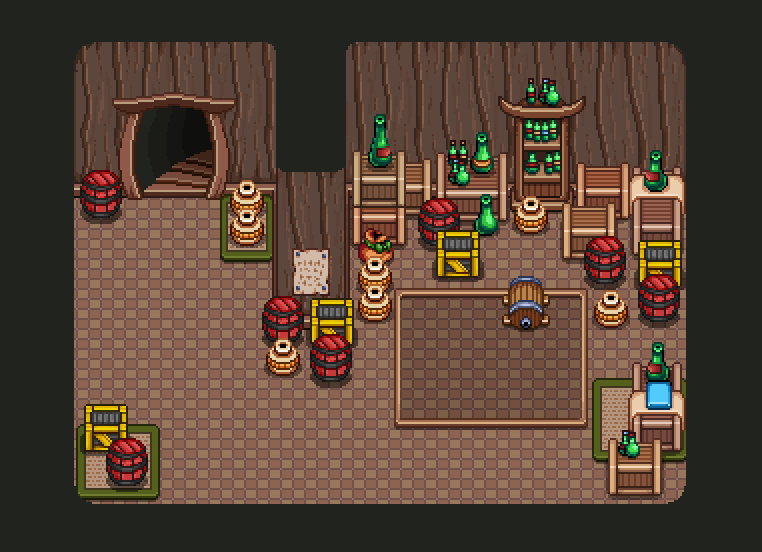 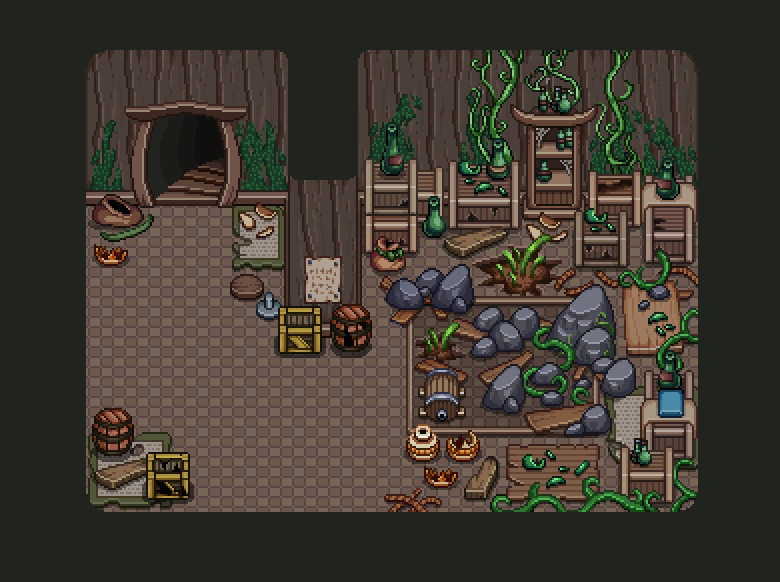 The next house belongs to Tessen, the young girl you met in the first map of Tai Ming. She has now grown up to be a young lady, living in her own house in the second zone: 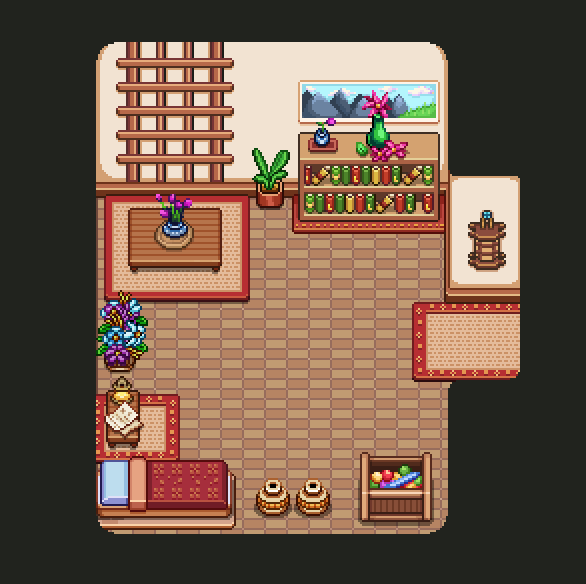 When making this map, we wanted it to resemble her grandfather’s home in the first zone, so we made sure to bring some of those items over in order to give the player a sense of recognition (hopefully)!

There’s also another character, with another portrait! This guy is another one of those “silly” portraits, featuring the villager in charge of Tai Ming’s dam. He’s kind of a slob and loves drinking, plus he tends to fall asleep on the job. Oh well, good thing you can take charge of raising and lowering Tai Ming’s water levels for him (and in doing so, reach some new places on the map)!

Meanwhile, Fred has been cleaning up the boss animations, turning them from sketchy versions with stray pixels going wild here and there, to smooth and crisp finished animations! Take a look at these before and after versions of its dig- and tail wiggle animations:


Okay, it does look less lewd with the spikes. :D


Exciting, exciting! Love seeing the progress of the art and pixel art animations! :3


Tell what to do with that big fat “worm”…
*Wiggle wiggle*
But anyway keep up with the good work :D