So to start off this week, we decided to change some things around, so instead of having the previous portrait I made for the scarecrow girl’s human form, I made this new one which matches the original scarecrow portrait a bit better:

As mentioned a while ago, we decided to take a look at the list of things remaining and make a sort of priority list of the things we still want to add to the game. We’ve thrown out some more things that will slow down the last bit of production, and for now the next bunch of major things we’ll focus on is this:

As you may know, early in development we had some more expensive tiers over at the preorder page of our site, where you could opt into having an item of your choice (or such things) added to the game. A lot of the that purchased that tier have now messaged us back letting us know what sort of items they want added, so one of our top priorities is sorting those out! We’ve already begun with quite a few, but there are still more to come!

These guys will be sorted out properly, although not in the way you’d think. We’re replacing our original idea with their house (which was a several floor long gauntlet pretty much), and replacing it with an ordinary home (well, it might still be a creepy home, but just a home for now). If we end up doing something more major with Trick & Treat, we’ll do it post release as a Halloween update, since we don’t feel it’s vital for the game to be finished and we sort of like the idea of adding some seasonal stuff post release to keep people invested in the game :)

As mentioned before, one of the keys to getting the true ending will be collecting all the cards, and as such I’ll need to make the hall where you’ll receive your reward for finishing up your collection.

Lin Mei the Ninja will be added to a house in Port Monnaie, where she’ll end up giving you one of the backer items.

The Arena will be sorted out in the way we mentioned last week, and the Memory Room will be transformed into a conference room.

There will be Books added to the library and across the world, where you can read about a variety of things.

We’ll revamp Trophies, removing some old trophies and adding more interesting ones. We’ll also add some kind of progress bar so you can tell how far you’ve gotten on each trophy!

….and some other things we’ll hopefully get to (which I’ll talk more about another day)! These are sort of in order of importance now, so the higher up the more likely it is we’ll go about adding it.

Now, as part of one of our backer items, we’re creating a balloon stand during the festival, where a NPC will sell a bunch of balloons you can put in your home! As part of that, a bunch of drop sprites were needed:

And now, yet another mixed bag of additions, featuring another expression, the shop title for the balloon stand, and some drop appearances for new items:

In Fred’s department, there’s a couple new weapons, the transformation of the scarecrow back to a human, and some weird contraption for which you’ll find an use in a later quest! ;) Stay tuned for more! 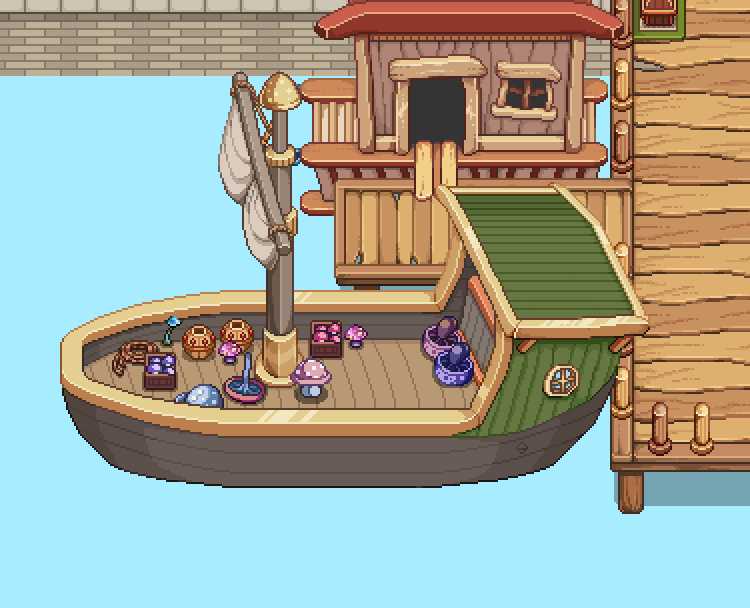 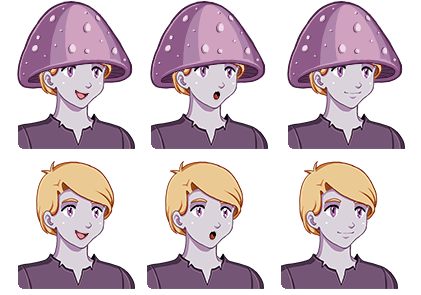 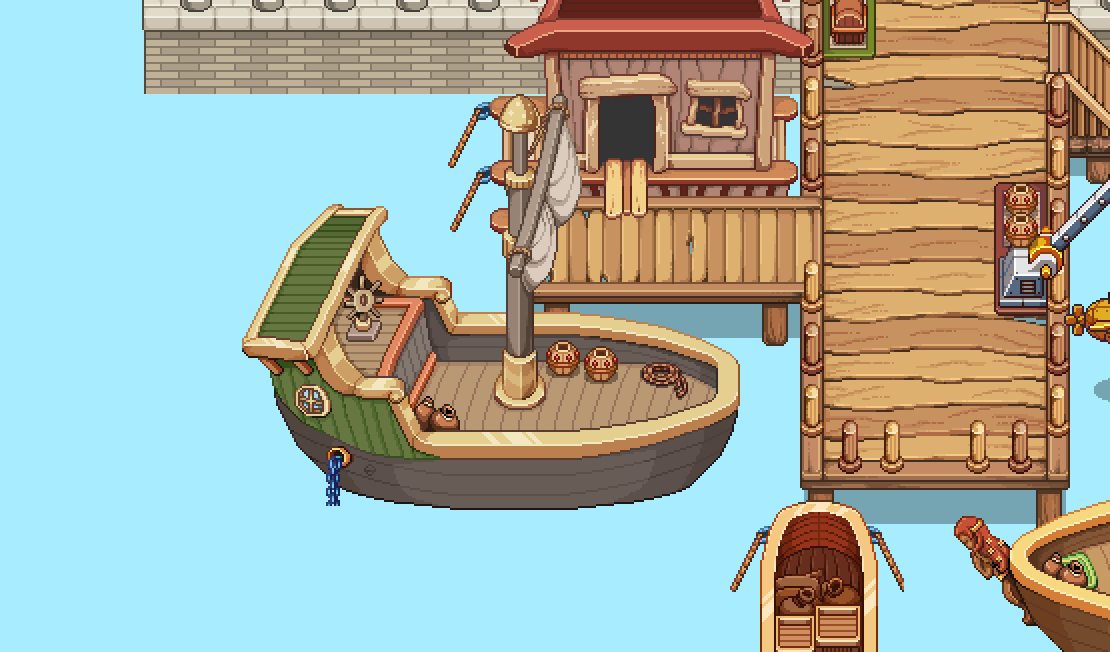 We’re back in action, and with our batteries fully recharged! To celebrate, I decided to remake the portrait of the old math genius fascinated with the number 3, making him slightly older and with his signature 3 on his clothing:

Another portrait we decided to remake is that of the ninja (again), since we decided to change the quest/secret to getting her ninja outfit! Quite interesting getting back to a bunch of remakes, but that’s because we’ve been having a bunch of talks about the future of the game and moving things around a bit (more on that later on). For now though, here’s the ninja remake in her “regular” clothes:

And of course, she also needs a version with the ninja outfit in question, the portrait which will replace the current old one. Thanks to these minor changes we’ll be able to keep the sprite itself looking as is, so less rework for Fred!

Now, since we’re on the topic of new portraits, it’s also time to introduce this little fae, who will have the very important job of polishing the ice of the frozen fae in Santa Fae!

Finally, some of the things Fred has made for the areas we’ve been working on currently, including the obstacle in Temple of Seasons that can only be removed by turning the room into spring, the ninja in her sad version after failing the trials, and the ghost haunting Seasonne!