It’s a new week, and if you’ve opted into the Frontline Beta, a new update! It’s finally time for you to try out a bunch of the additional content surrounding the ghost ship and good old Tai Ming! If you haven’t done so yet, go try it all out and let us know what you think :)

In the coming month we hope to have added the last bits needed as well as all of the sound effect and getting it all up and running on stable as well.

In the meanwhile, have a look at some of the stuff you now get to see in this update:

As you may have guessed from the new Flying Fortress building and what I wrote before, there is another phase shift challenge coming up! This one can give you a total of three different rewards, each one more challenging to get than the next. And naturally, it needs a background as well:

In this next step we’re adding a bit of detail to the phase shift course, creating a new block for it, and a shop title for the creepy ghost ship shop!

Next up, another ghost! This painter has been painting for a thousand years. Poor guy!

Drawing ever closer to finishing up the patch, there are still a bunch of expressions needed for our new ghost friends! Here’s another batch of them: 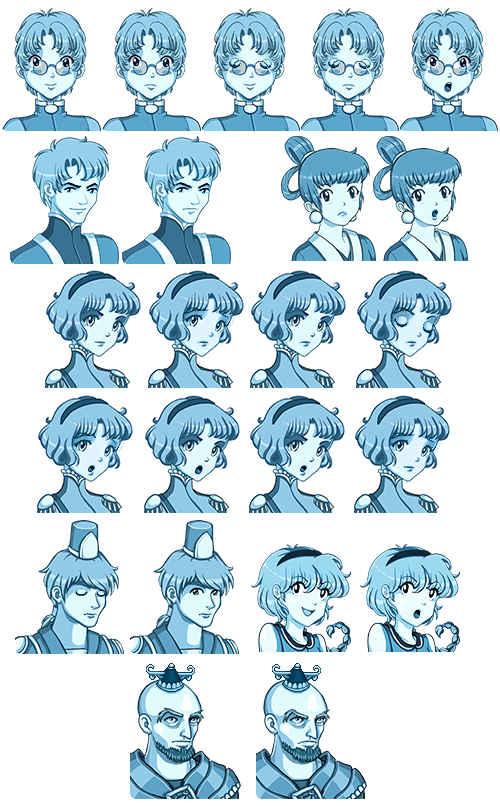 And finally, a bunch of animations from the animation department, featuring ghosts and new weapons available in the patch right now: 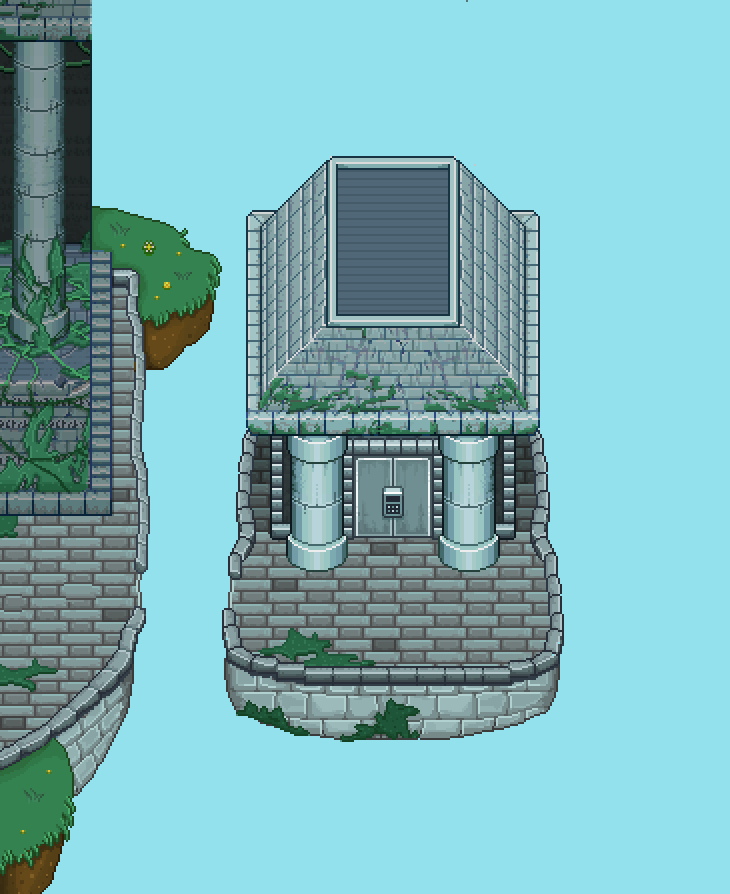 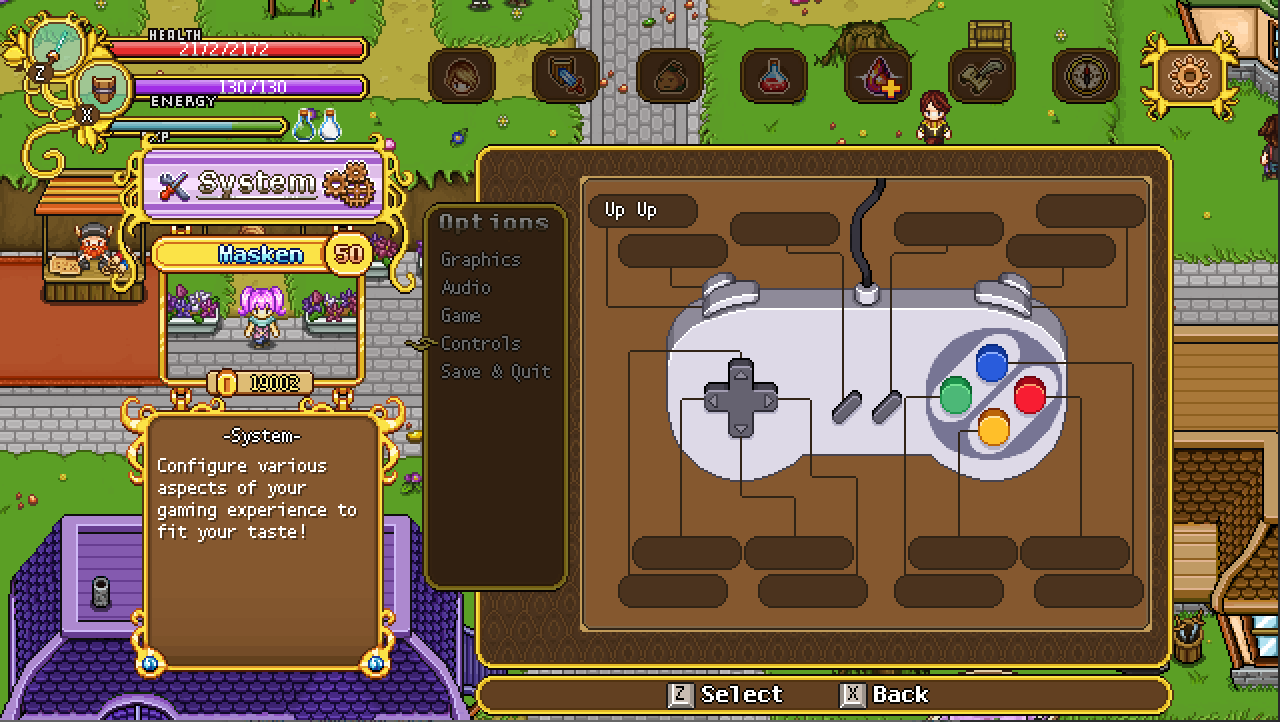 Let’s start off the week with a mixed bag of random fixes and additions! First up, adding the door to Pine’s office into the Flying Fortress:

Second, changing the ghost fae from winter to spring:

Third, breaking the mirror in the singer’s cabin:

Next up, making some improvements and additions to the library which is finally getting put into the game: 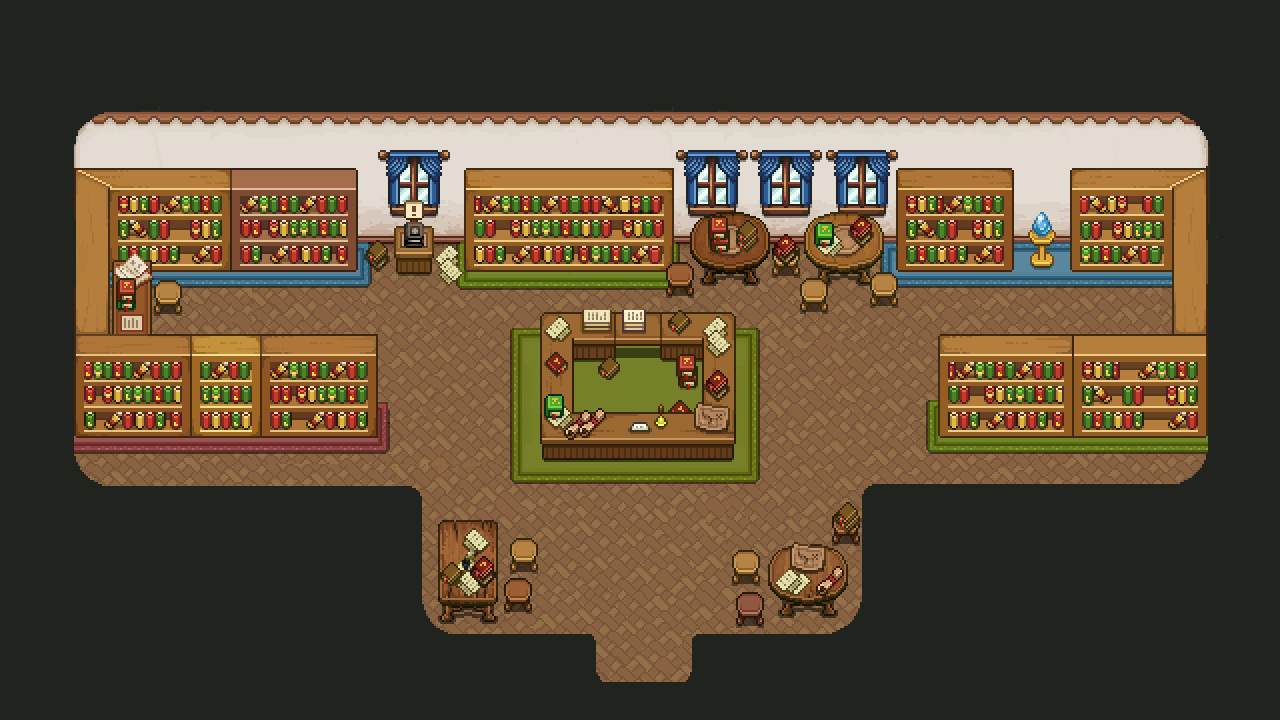 And finally, adding some moss to the fallen mast in the battle area on top of the ship: 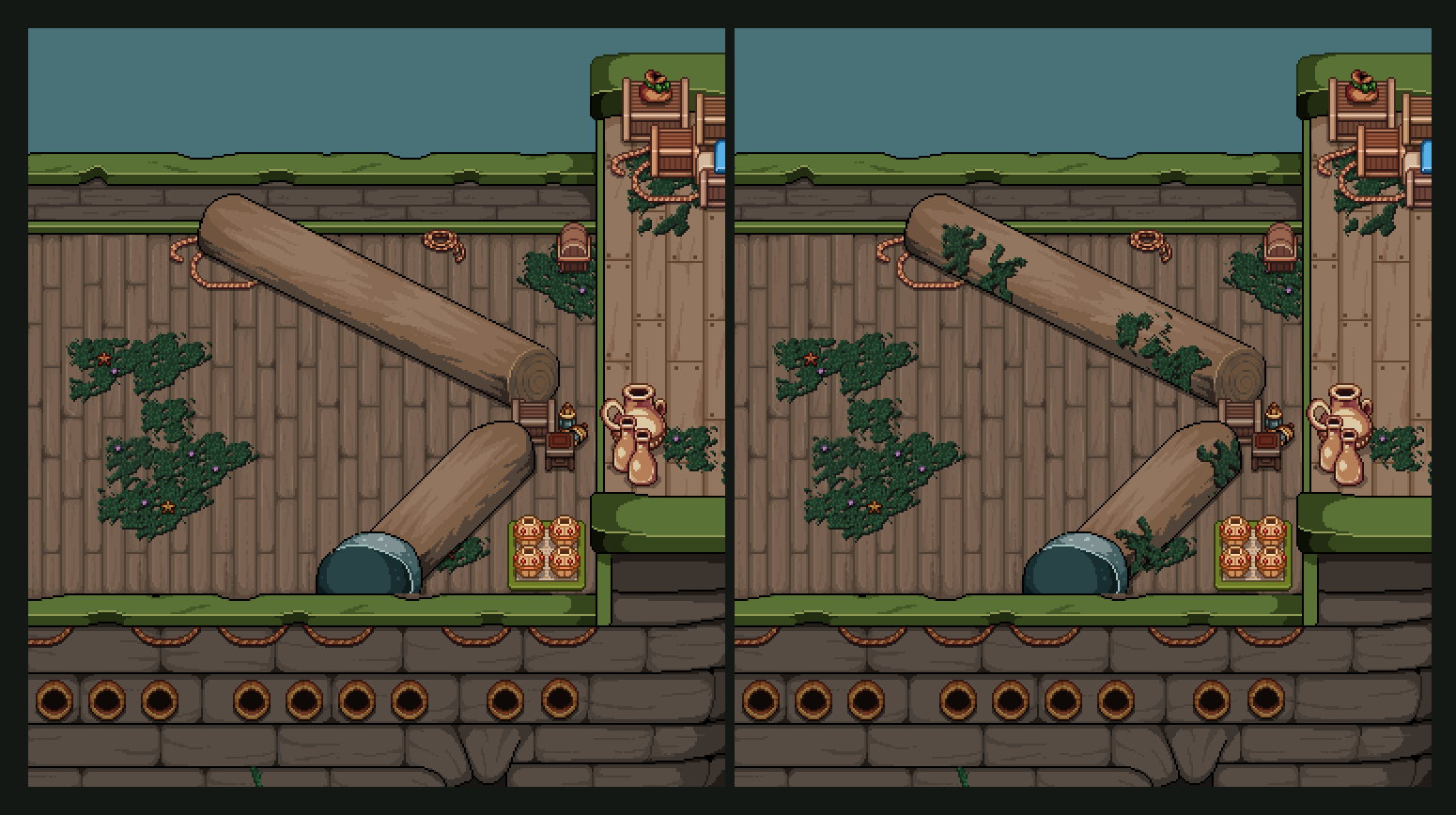 And now it’s time for a whole on of drop appearance sprites for all of those housing items I made last week! To showcase these, here’s a video featuring the making of them: 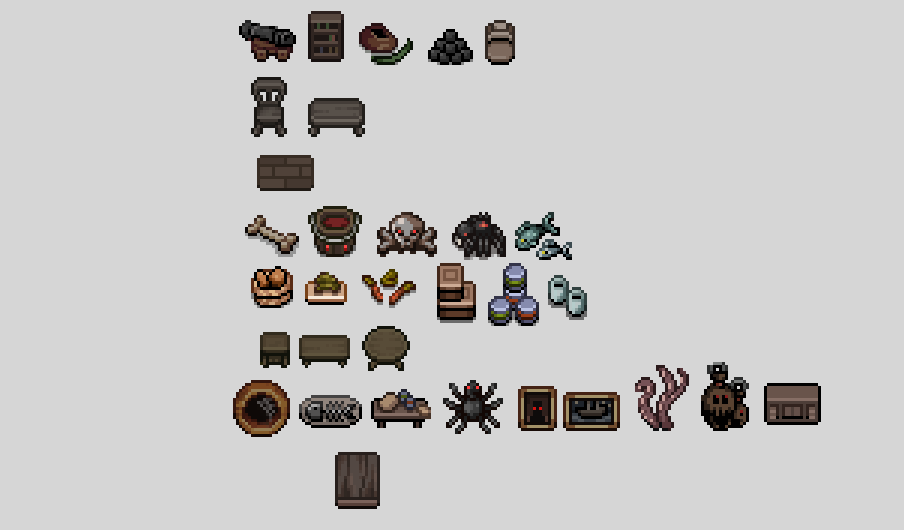 Now, with the ghost ship quest coming together, it’s time to make a bunch of expressions for the ghosts you’ll meet (and hopefully help!) there: 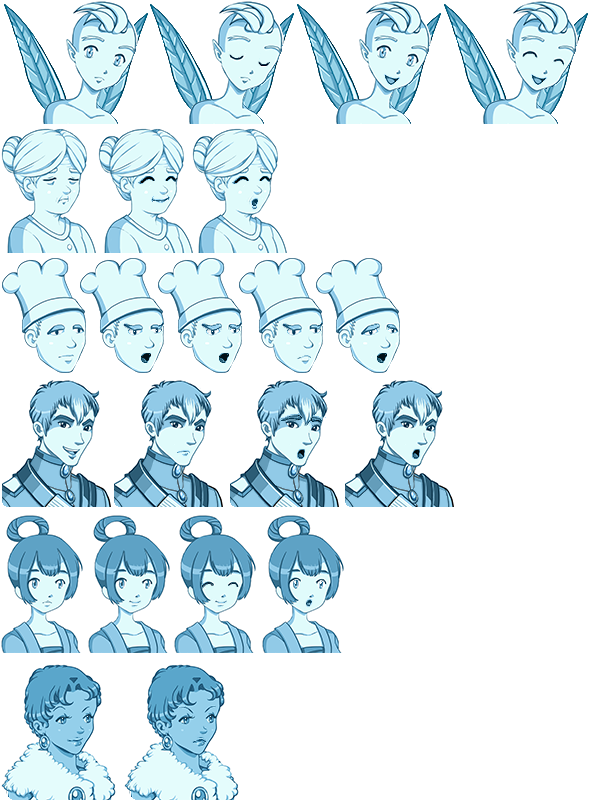 Quite a bunch of friendly faces! Will you manage to figure out how to help them all?

Two new portraits are needed for this patch as well, and the first features a headless skeleton, with and without an added head:

And the second portrait features Mirar, a sad NPC in Evergrind City who has a hard time keeping himself optimistic about things: 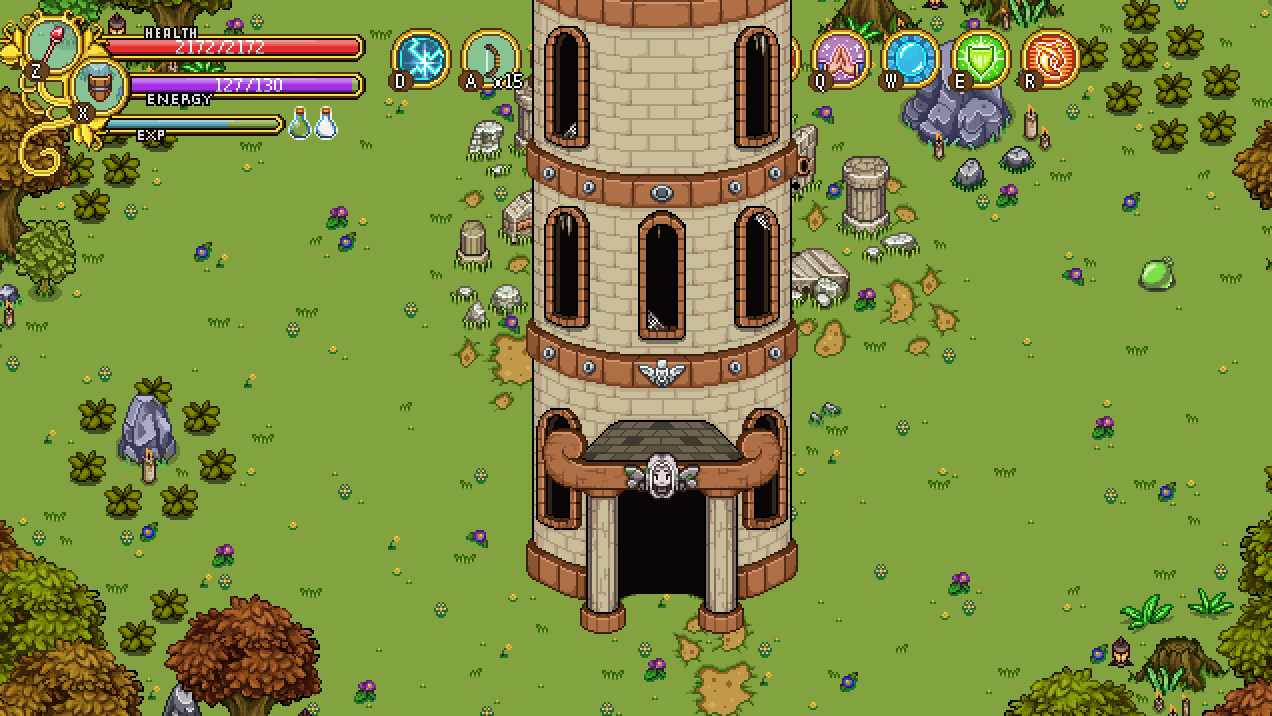 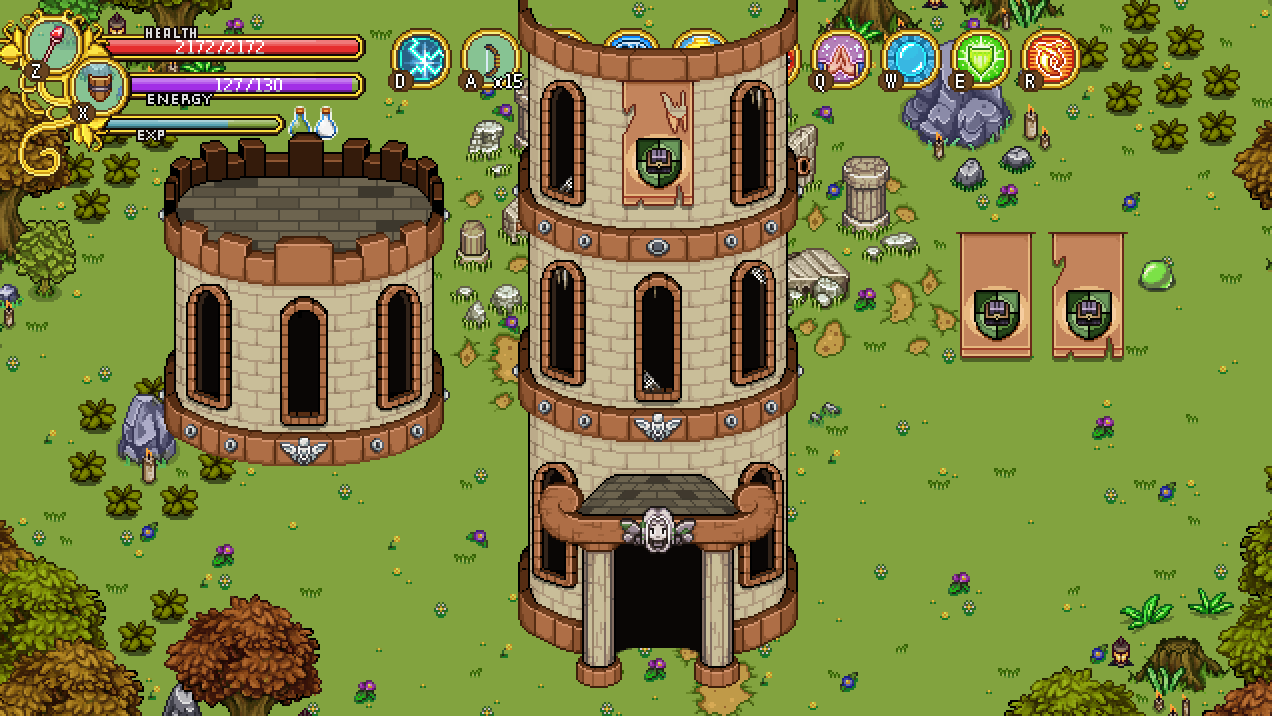 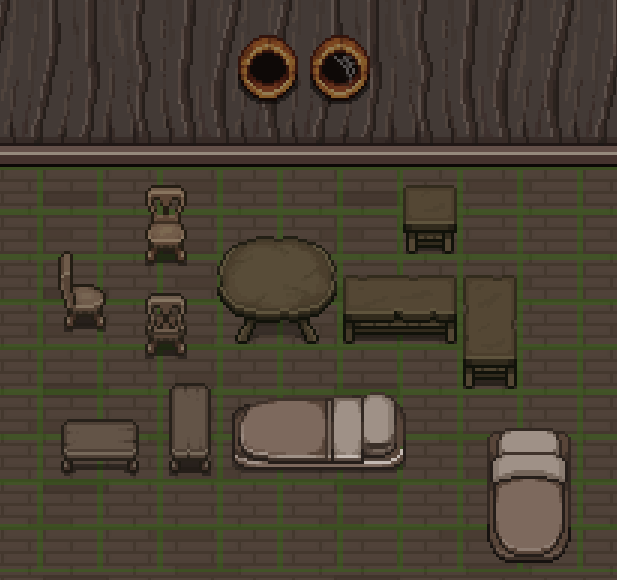 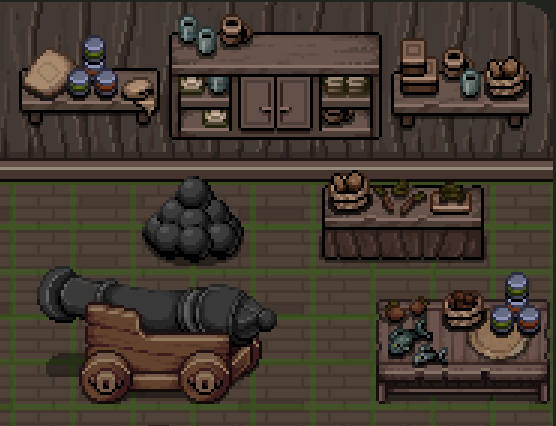