This week I’ve mainly focused on the production book, which is coming along nicely! In fact, as of today I’ve finished what I’d like to call the ‘alpha version’ of the draft with a current wordcount is 55,654 – close to the typical wordcount of a shorter novel! This includes a lot of sections I’ll most likely cut short (or remove entirely) as well as some sections I’ll expand more upon, so it’s unclear how close that is to the actual finished version. Regardless it feels like a great milestone! Now I just need to go over the text a bunch of times to get things right. I’ll do my best to tidy it all up and make sure the book doesn’t get too long!

Other than that I was tasked with making a visual revamp of the forum:

This wasn’t our choice – due to a PHP update we were forced to upgrade the forum software and unfortunately the theme we used was no longer supported. Hopefully the new look is alright, and at the very least it should run a bit better seeing as the tech behind it has been improved!

Fred and Teddy are continuing to work on the final cutscenes and bosses. From Fred’s department, there’s been a huge number of effect animations. Here’s a bunch of variations for one of Gaantlet’s attacks in the upcoming fight:

In the end, we basically put them all together to create an ultimate version:

A new week, and some more Secrets of Grindea art stuff! This week I finished up one of the most important “portraits” of the game – Dad’s boss portrait!

Let’s have a look: 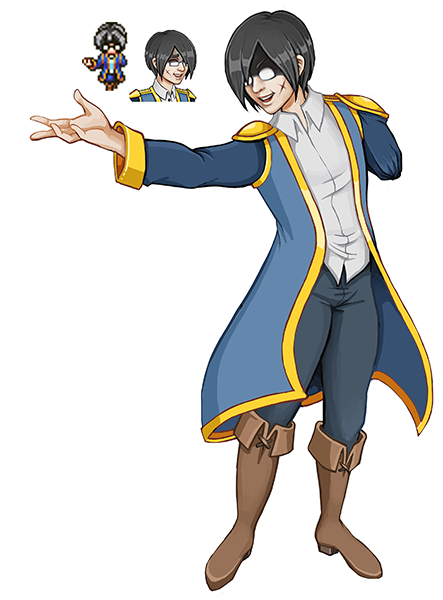 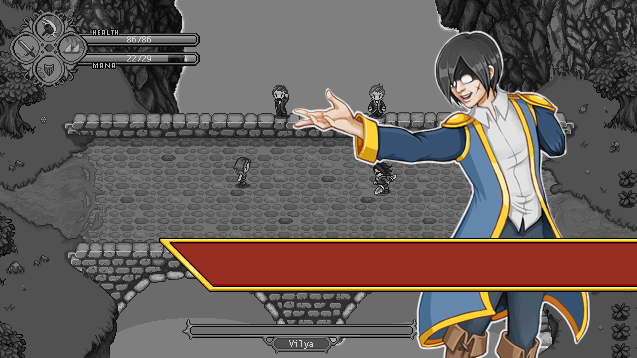 In Fred and Teddy’s department, it’s still all about cutscenes (yes, they do take a long time to get just right), but there’s a few new things to show that won’t be too spoilery! Namely, a cool mirror shattering effect and… A very special attack charge by Marino! What in the world is he doing in our endgame?!

As for the Visual Novel, thank you guys for all your votes on the story ideas last week! We had a ton of votes coming in and it’s super interesting to see how you all feel about them. This week there’s another poll, featuring a bunch of style mockups for what art direction we could take the game in. 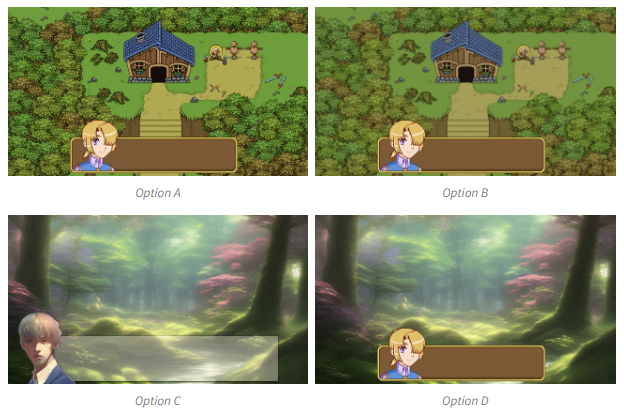 Make sure to make your voice heard and help us make the most visually pleasing visual novel for you guys! :D

This week for Secrets of Grindea I’ve focused on two things: the production book and a bunch of detail work. I’ve decided to try and use NaNoWriMo as an opportunity to challenge myself and finish most of the production book in one go. For those of you who don’t know what NaNoWriMo is, I wrote a post about it a while back. But basically, the goal for participants is to write 50,000 words within the month of November. Now, I don’t want the production book to be an actual 50,000 words (I think), so whether I do reach that specific goal or not is unclear – my own goal will be to finish the first draft of the booklet, whether that is at 50,000 words or 25,000 words!

As far as those details are concerned, to start off with we have some shattered glass in that final battle room. Since the stained glass windows broke I feel it was a detail that was missing: 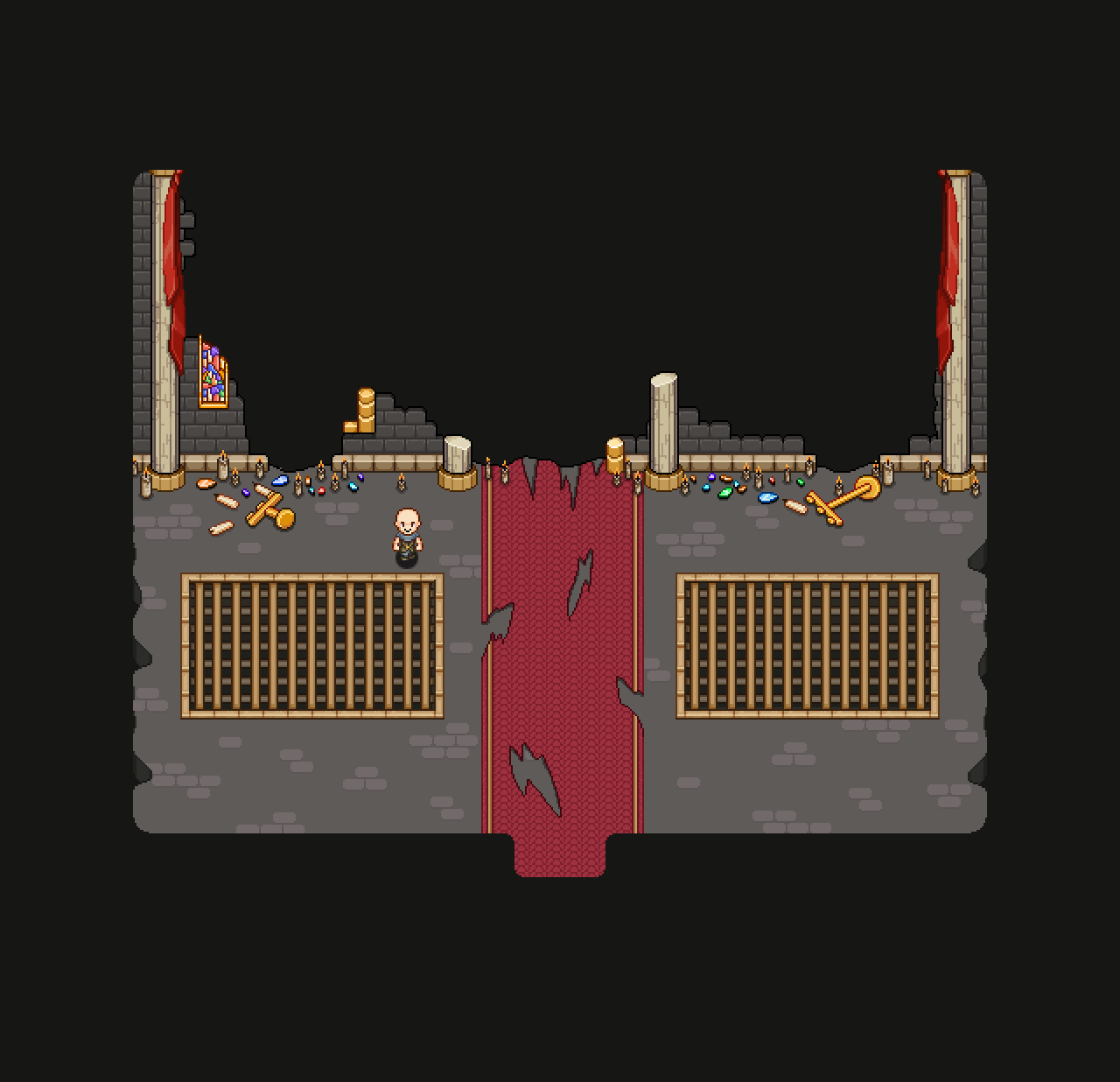 Second, a version of Marino’s room with two missing rapiers. When we got to that part of the game during our great playthrough, we felt it would be better if there was already one missing from the beginning (Marino has a rapier on him, after all), and once you get a hand on one of them, two should be missing instead. Right now all the rapiers are there until you get one from Marino, at which point only one is missing: 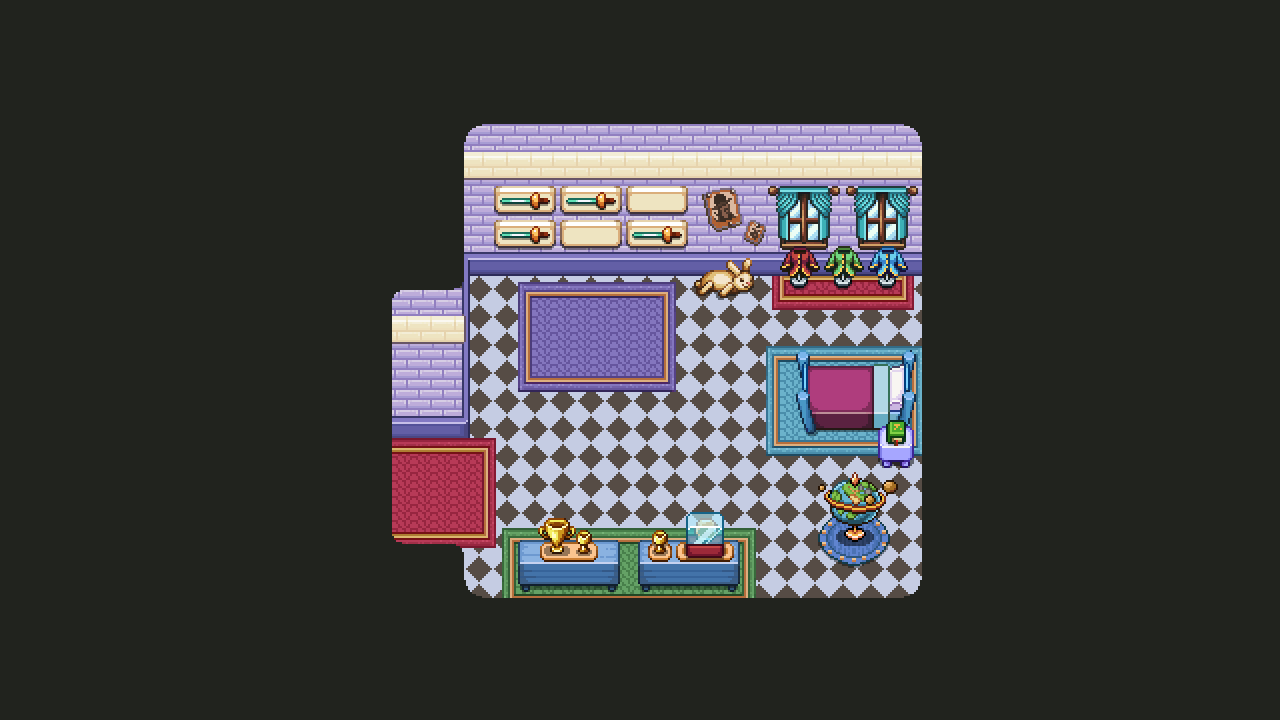 Third detail, which is more than just a detail to be honest, the coffin of Zhamla, floating in the final dungeon: 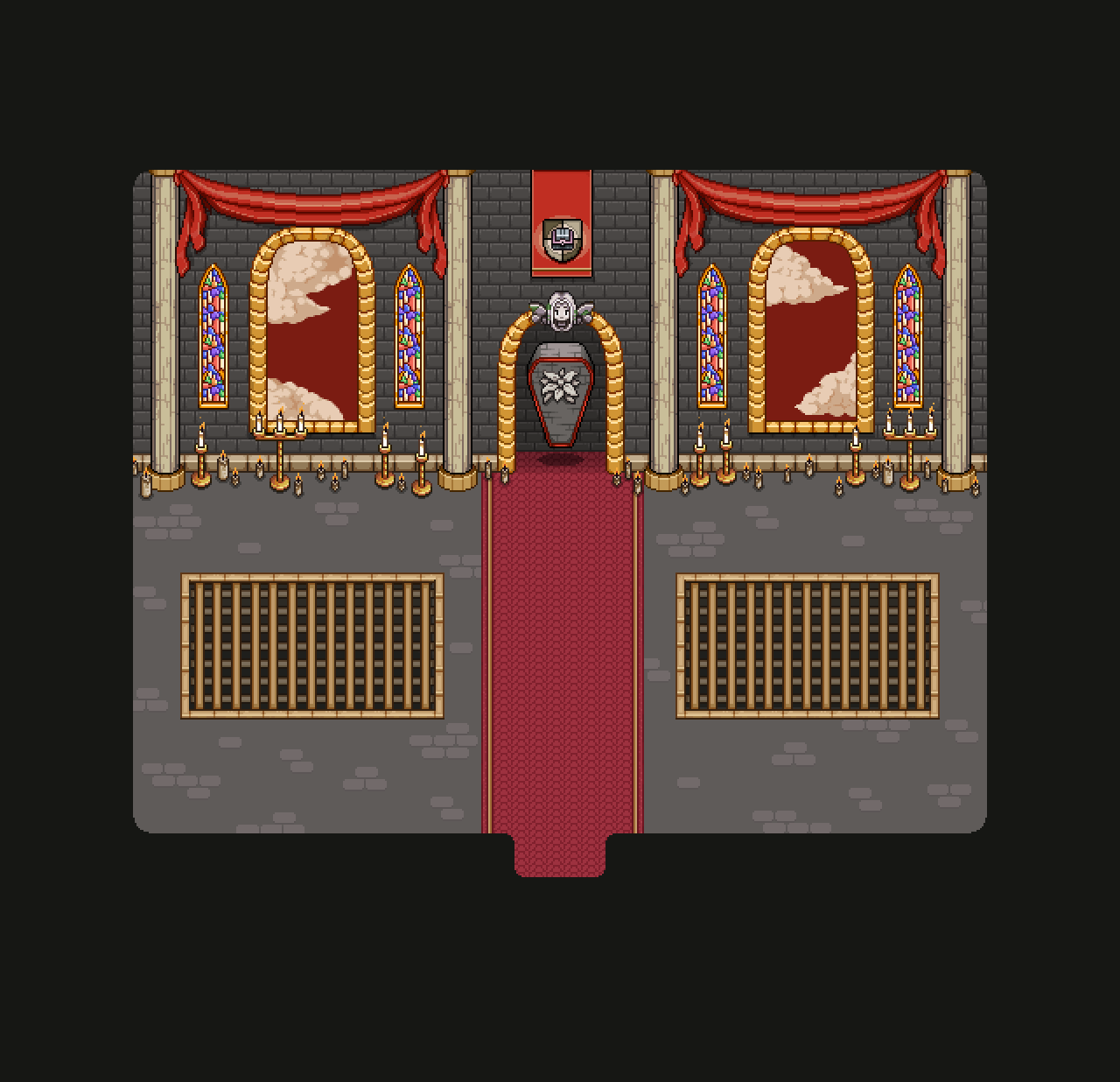 As for the Secrets of Grindea Visual Novel, I have presented a couple ideas as well as a poll to determine which one sounds the most interesting over on my blog. If you’re interested, please head over there and vote so I know which direction you’d prefer it to take! :)

Now, time to get back to that production book!