As you might expect from the title of this blog, this week we’ll take a look at the desert enemies, mainly designed by our animator Fred~ 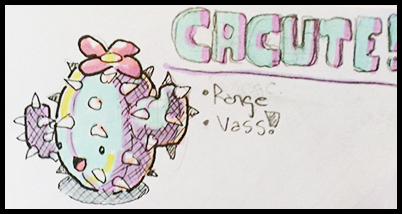 First up, the Cacute, a basic enemy that mostly minds it own business, jumping around the map. Everytime it makes a jump one or more of its needles shoot out from its body as projectiles, damaging things in its path, so you better keep track of where it’s at! 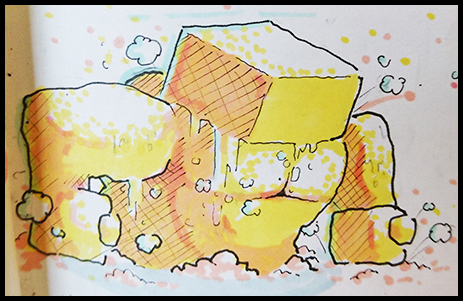 Next, a much rarer but also way more powerful enemy: the Solem! This sand golem has multiple attacks, one where it slams its fists in front of it, causing shockwaves to do damage, and one charge which works as a combined boar/halloweed charge: it sets its target and moves toward it at great speed underground. Once it reaches its target it grabs him or her and knocks them away! 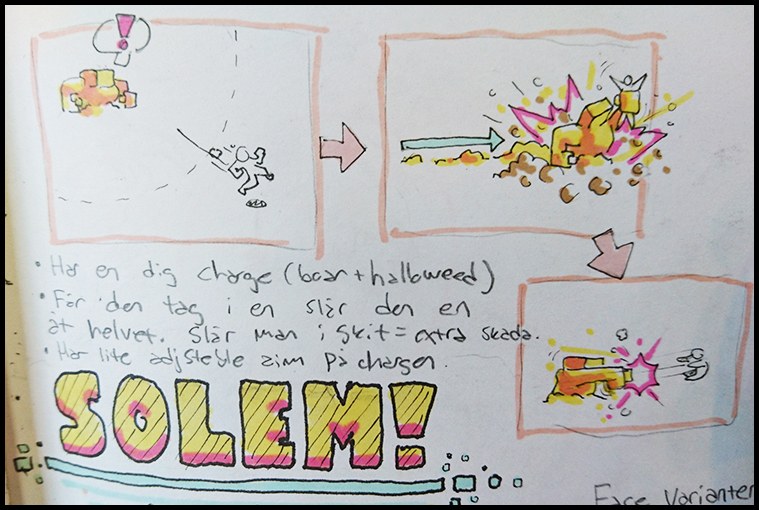 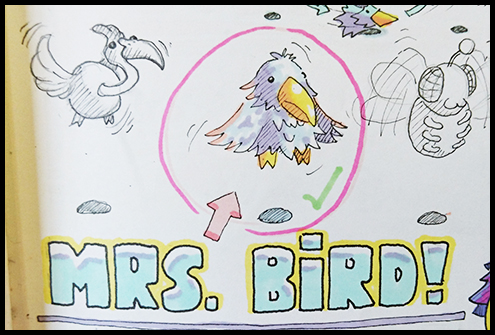 Much like the bee, this enemy flies out of reach of your regular attacks, and swoops down to attack you every once in a while. Aside from this it has another, interesting mechanic though: it lays eggs! These eggs hatch after a short while, spawning new birds – unless you destroy them first. Destroying them leaves a sticky goo on the ground that slows you, though, so you might be careful what you decide to do with them!

Finally, an enemy that isn’t pictured yet: Orange Slimes! These slimes are more advanced than previous slimes, leaving fire in its wake and attacks by turning into a mini version of Giga Slime’s saw (though only for a short distance)!

And now, time to complete that sailor guy’s portrait:

He’s been charged with helping a merchant deliver goods to Tai Ming, and as you might be able to tell from his expression he’s not exactly thrilled to be forced from the sea!

And here’s the second sailor, helping the first unloading some crates filled with items to be sold in Tai Ming:

Not much to say here, same basic concept, different decorations on the hat. There will probably be a couple of these in Evergrind City at some point as well, plus a bunch in the harbor town that you’ll enter after you pass through the desert. Just to cement the fact that these people are sailors and they are a thing before you actually encounter any enemies with the similar design :)

Here’s fred take on them, unloading the crates in Tai Ming:

Not much to say here! A bunch of the ‘big items’ from the Tai Ming batch, the crate variations and two different weapon stands are skins you can select for the item when you place it in your house. And below them, the miniatures made in the video: 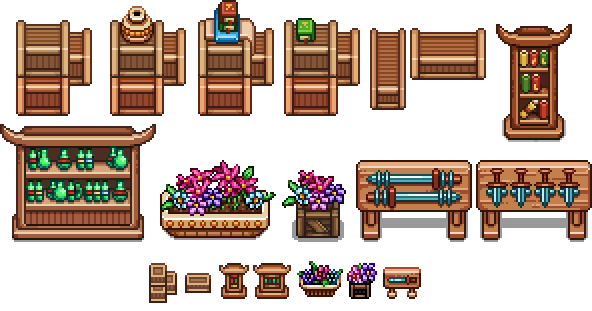