Progress on the desert continues! We’ve now started implementing things in those desert ruins, where you’ll face another boss battle. When I mentioned there was gonna be an Indiana Jones-y scene in here, some of you wondered of what kind… I think this GIF should answer that question for you:

WIP of course, this is but the first step of the iteration!

Speaking of iterations, we’re also working on the boss! This Solem is a very dangerous guy who likes to use his laser in creative ways. Good thing he also slams his fists in the ground, causing giant rocks to fall from the ceiling that can block such beams for you:

(One everything is implemented, the rock will look to be part of the ruin, rather than a random Mt:Bloom-esque boulder!)

He has another fierce laser attack as well, featuring multiple beams that follow you for a little while:

Aside from these, he’ll act like a regular, but amped-up Solem, chasing you around trying to hit you. He’ll also have one attack where he slams his fists in the ground causing shockwaves to appear all around him, which you’ll have to dodge.

Fred’s continuing to work on his animations, too, of course so here’s a more finalized version of what he’ll look like as he blasts those laser beams at you:

There are more caves in the making, as well! Those math puzzle caves had to be designed, and to mix things up I decided to go for a slightly different color scheme compared to the rest of the caves in the desert:

It looks a little bare right now, so we’ll probably add some more details, maybe in the form of statues of numbers, or perhaps even of the number wizard who made these challenges in the first time! For now though, here’s the first iteration of the first math puzzle cave: 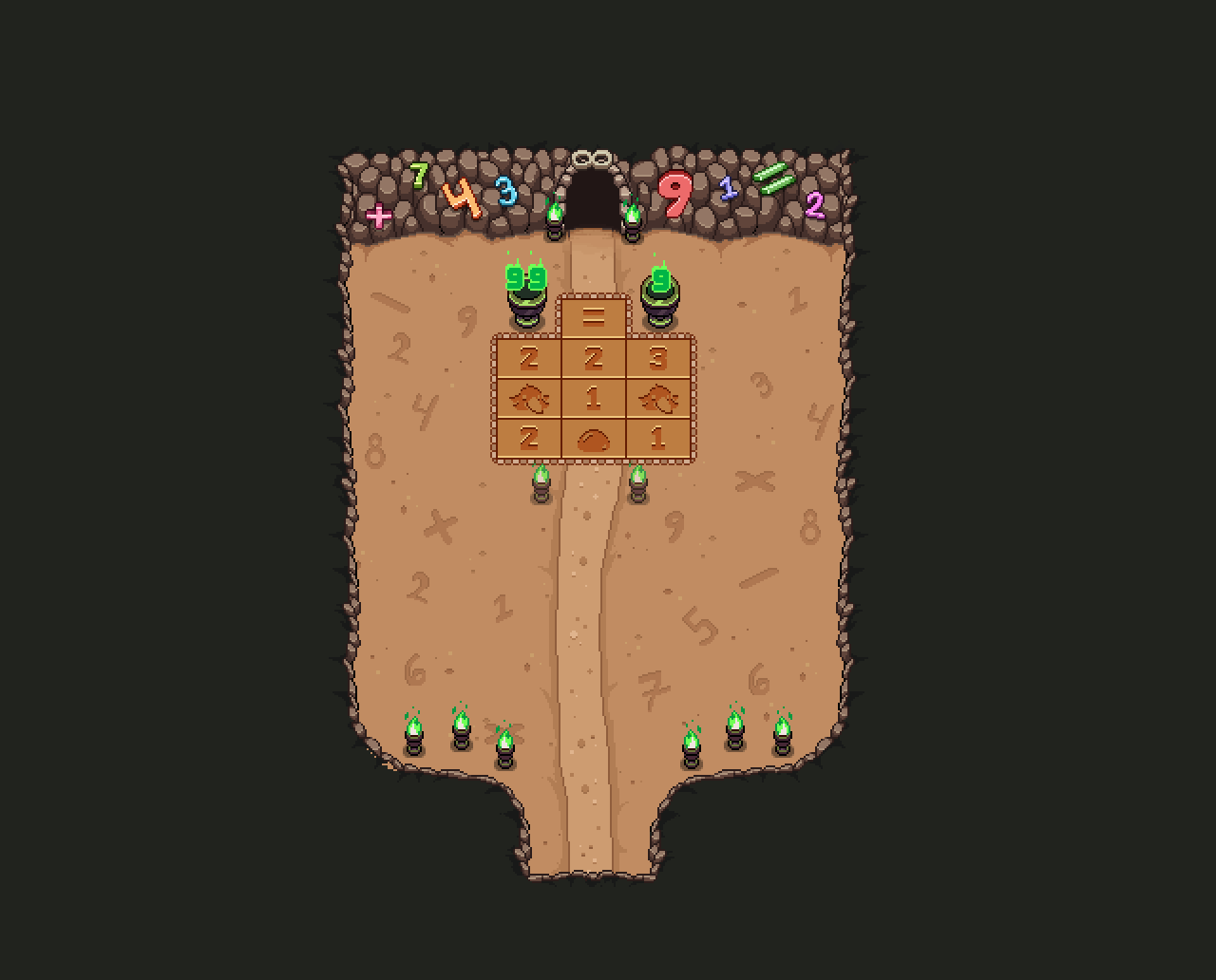 As you might remember, his last subtitle was The Ultimate Rival, however, as the story progresses some things change… Why an “ultimate friend” would fight you? I guess you’ll just have to play through the story and see! 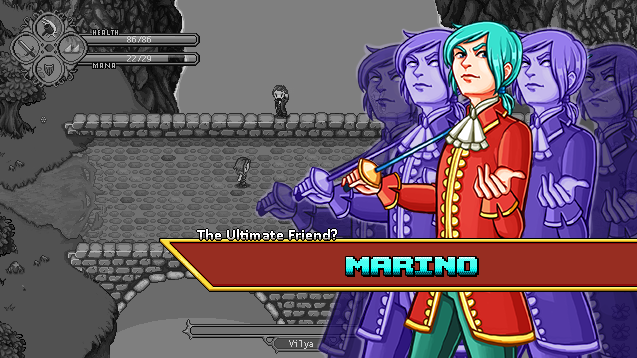 I’ve mentioned this before, but the relationships between the characters haven’t been super fleshed out, a fact we are well aware of and will likely remedy slightly by adding more scenes to the story (once the rest of the game is done). This way we also hope to give an incentive to those of you who have played along chapter-by-chapter with every new update to play through the whole thing once more time, the way it’s supposed to be experienced in the end. In the end, we plan for the finished product to feature slightly more story as well as new side quests for most (if not all) parts of the game.

As for this week’s portrait, it features a pirate hanging out in the saloon! In fact, he’ll be one of the card players (whom I actually made a portrait of before – but his sprite got changed afterwards, so that old portrait will probably become a different NPC at some point instead):

Finally, Marino’s second boss battle has been finished and fully implemented, so now it’s time to spice up the little are where you face him! Previously, we’d left it pretty open, as we weren’t sure exactly how big his battle arena would be (we like to prototype the fight first and base the area on how much space we feel is needed).

Below you can see the old area, with the battle taking place inside the darkened frame: 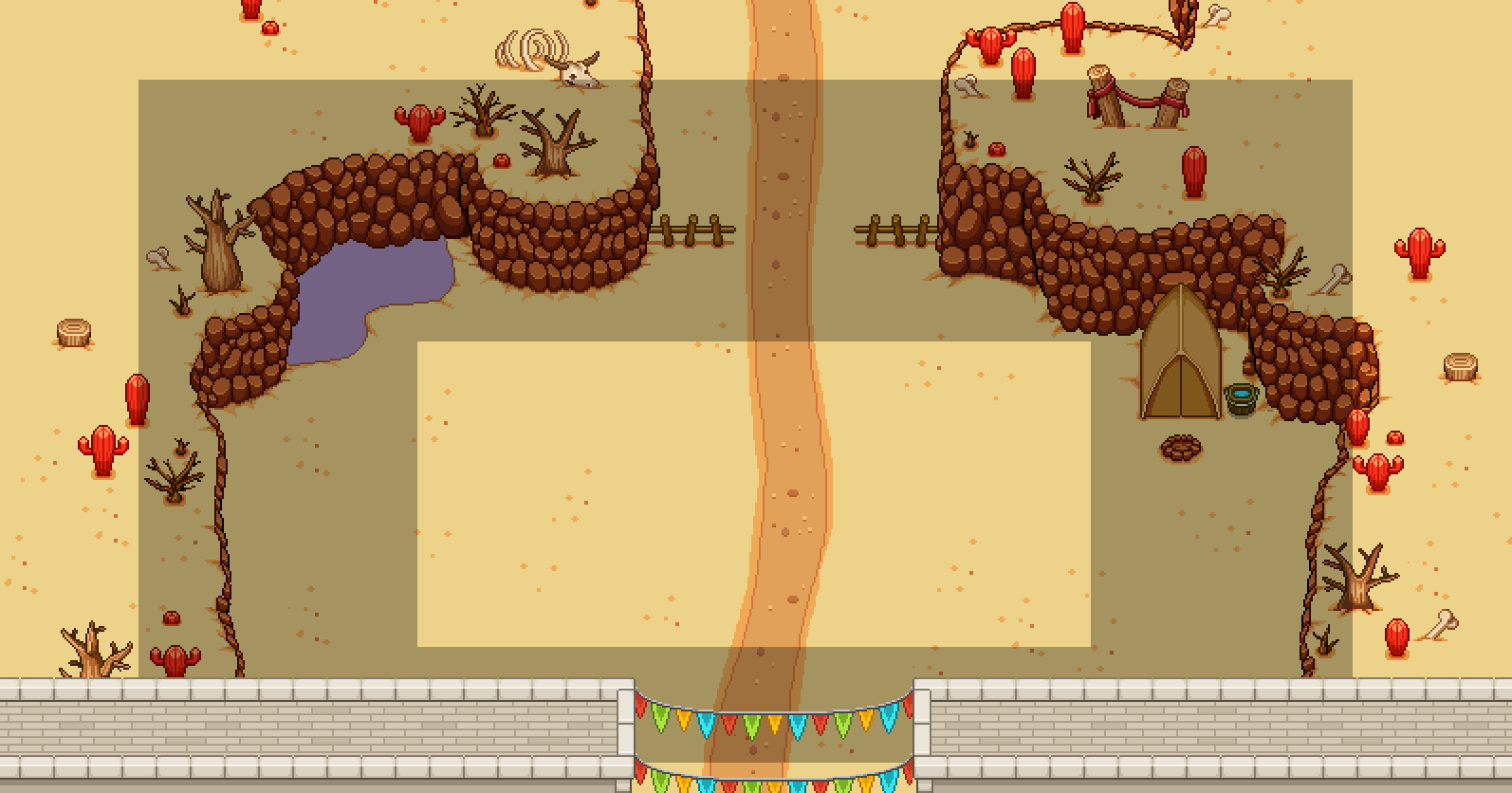 In order to spice this up, I made a quick sketch of what it could look like instead, adding a level difference to act as the limitation downwards. Adding this, we had to increase the size of the map slightly downward as well, to make room for everything: 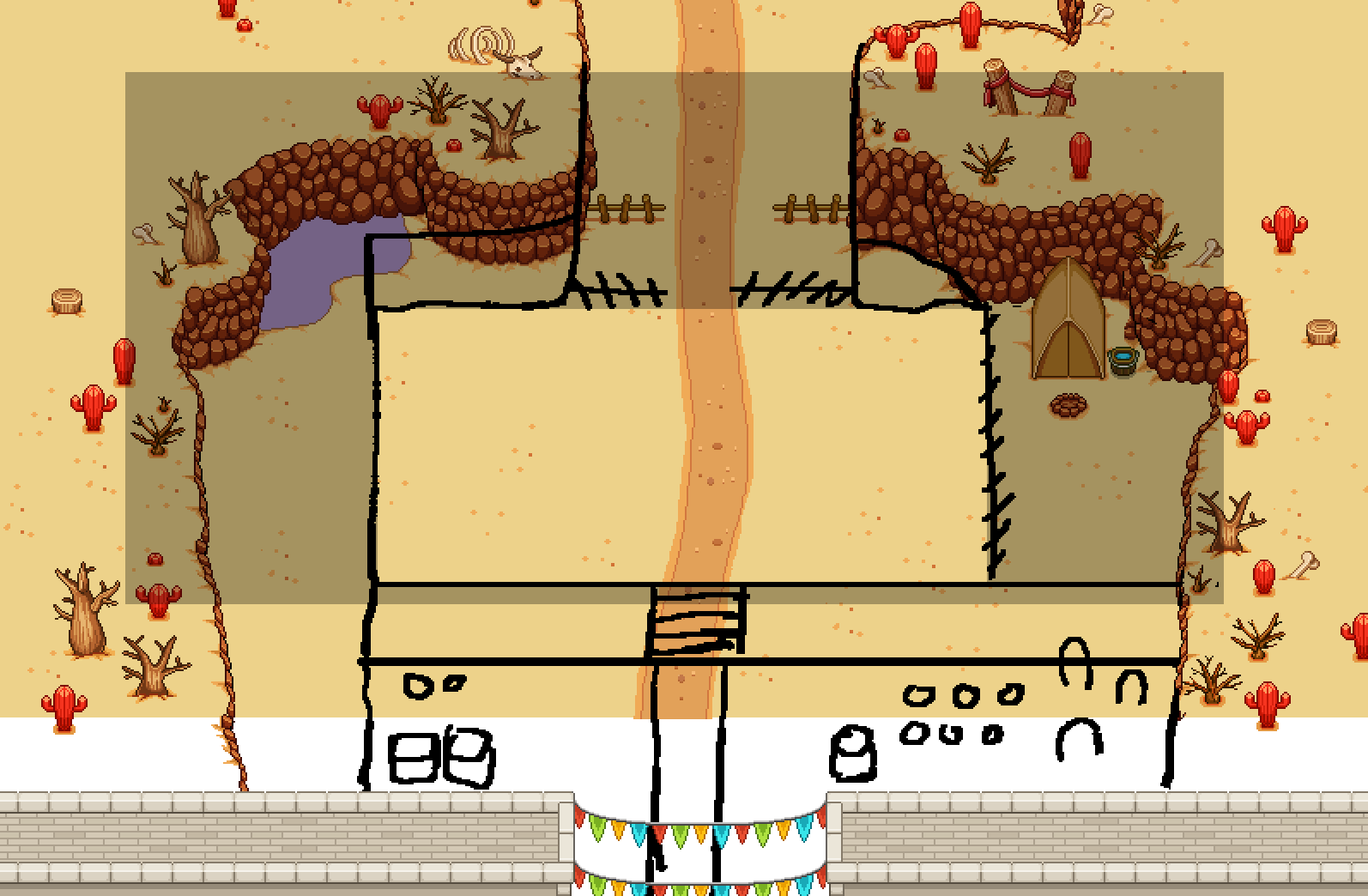 And then, it’s time to make the actual graphic adjustments for these changes:

And here’s the final version, featuring a much smaller battle area, and a slightly more interesting looking map overall: 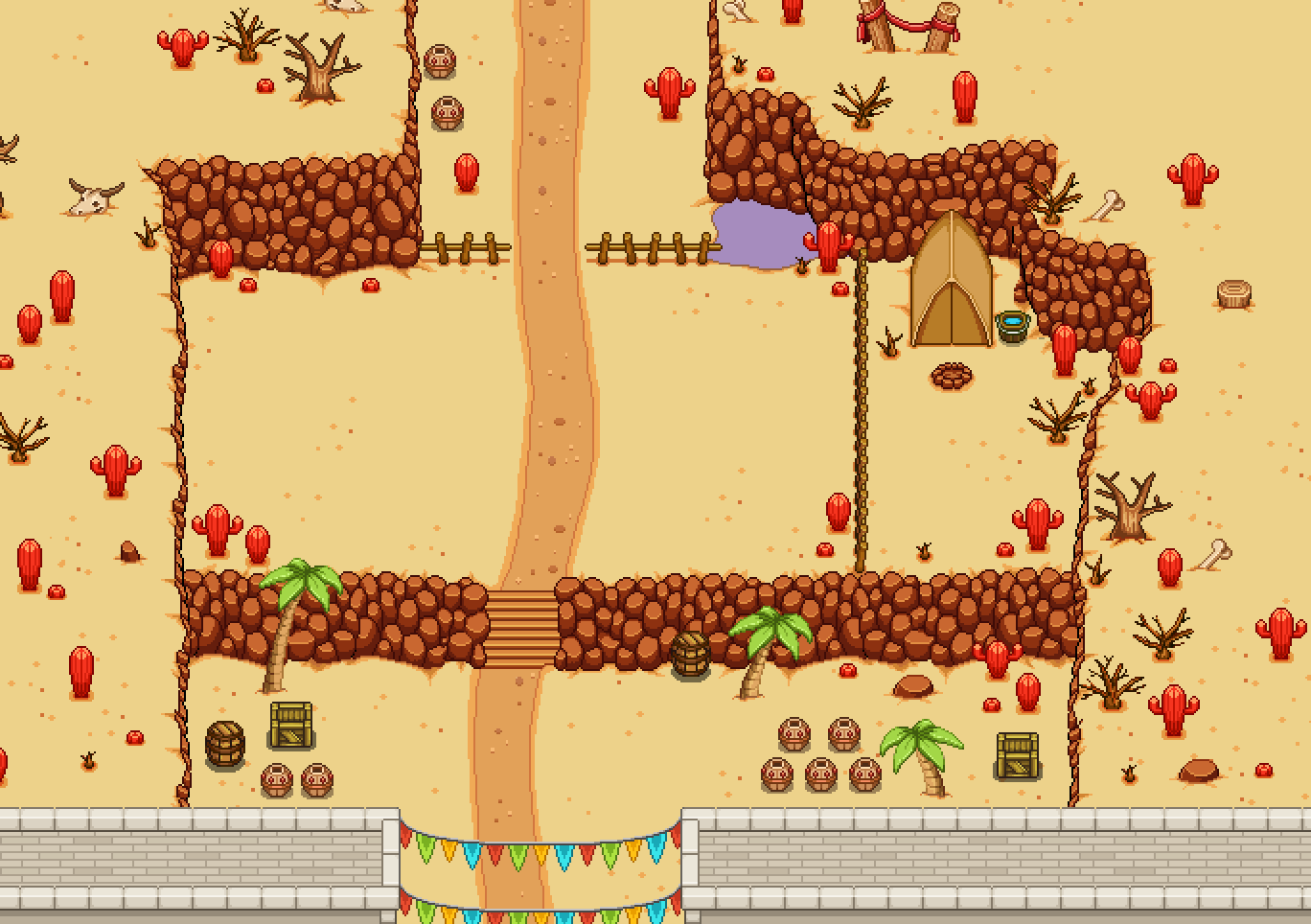 
sorry if I sound like I’m rushing you guys or anything but is there a planned release date for the desert town in frontline? I’m just wondering because all of the weekly recaps are making me really excited about the new desert town ?? thanks!! Can’t wait :3

The Frontline release is getting “pretty darn close”, but it’s always tough to say exactly what that means! The number of polish layers needed at the end (which is where we are now) is elusive…