We’re drawing closer to the stable patch, and in doing so we’re in need of a few more items! Here we have the creation of a vest, a pair of shoes, a full card album (could it be real?!), a pair of earrings and a new hat: the fez! 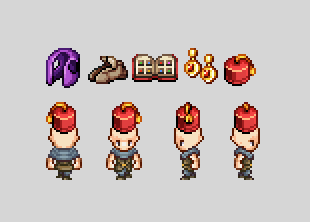 Since we decided that the shield salesman will be dealing with armor as well, I figured I’d put a random armor among his many shields to illustrate that fact as well: 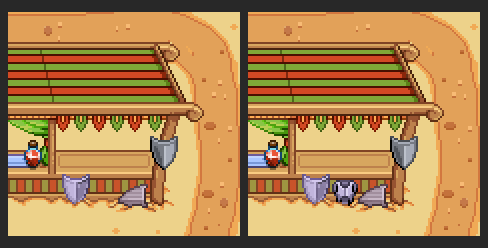 And here’s a bunch of items that weren’t recorded, featuring a shoulder strap, a battery, a camera lens, a …seven.. three drop appearances for cutouts that will become available as housing items and a ton of weapon sprites for all the weapons Fred has been working on. Phew!

Next up, the background for the professor Pine and Tannie cutscene needed a bunch of new (and old) stuff, and for some reason I decided to make a short video of that process: 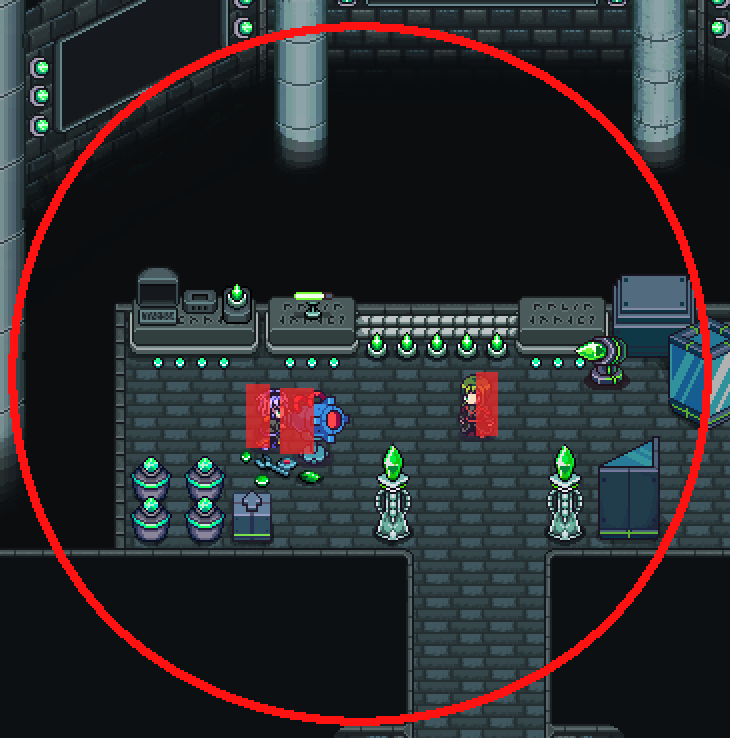 We’re also introducing a pair of friendly faces in the town of Port Monnaie. Remember where these guys are from?

Perhaps this cutout will serve as an additional reminder: 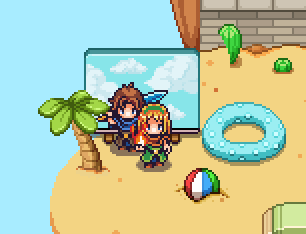 The girl has been animated by Fred as well:

Next, the shop titles for all of the shop! We’ve been so busy making things for them to sell that we actually managed to forget they need graphics for the shop’s interfaces…. Oh well, that’s an easy fix: 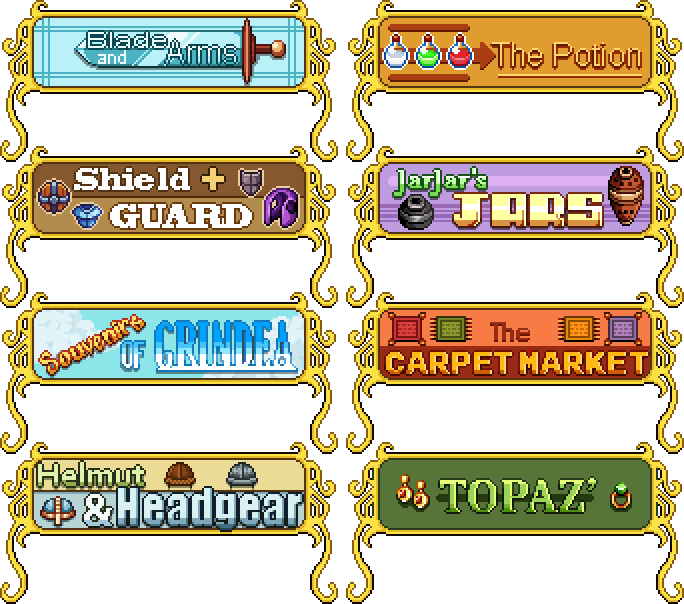 All of the shops in Port Monnaie will carry new unique items, though some will also sell things available earlier in the game. The Potion shop will work just like Remedi’s Alchemy and will allow you to change your potions; which, by the way, will be an added function to the potion shop in Tai Ming as well (though if you’ve played so far as to reach the desert, I’m afraid you won’t be able to access the Tai Ming shop anymore).

The Jar, Souvenir and Carpet shops will all be focused on housing items, while the others will carry new gear; Helmut & Headgear carries hats, Topaz’ accessories, Shield + Guard armors and shields, and Blade and Arms sell, unsurprisingly, weapons.

Another thing that remained was making these expressions for Professor Pine and Tannie in the flashback orb showing their work on stopping Zhamla: 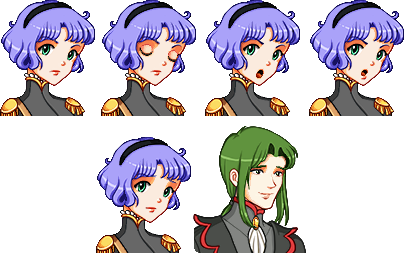 And now, finally, with the addition of this final piece..:

..(which is the graphic for the desert fishing achievement), I think (for like the 5th time) I’m officially done with everything needed for the stable patch. Let’s hope I’m right this time :D

Now, there’s a lot more Ghost Ship backgrounds to do, so let’s jump straight back into it! First up is a bunk room of sorts, where the sailors used to sleep when they were still working on the ship and they weren’t ghosts:

Here you will battle enemies, and once a prototype for the kitchen is ready, I will add the kitchen on the right side, one platform up but on the same screen (I will add a jumpdown back into this bunkroom from there). One idea we have for decorations here when toggling into the ghost world is that you’ll see skeletons of the sailors in their beds… But I’m not sure if this will be too macabre or not. What do you guys think? 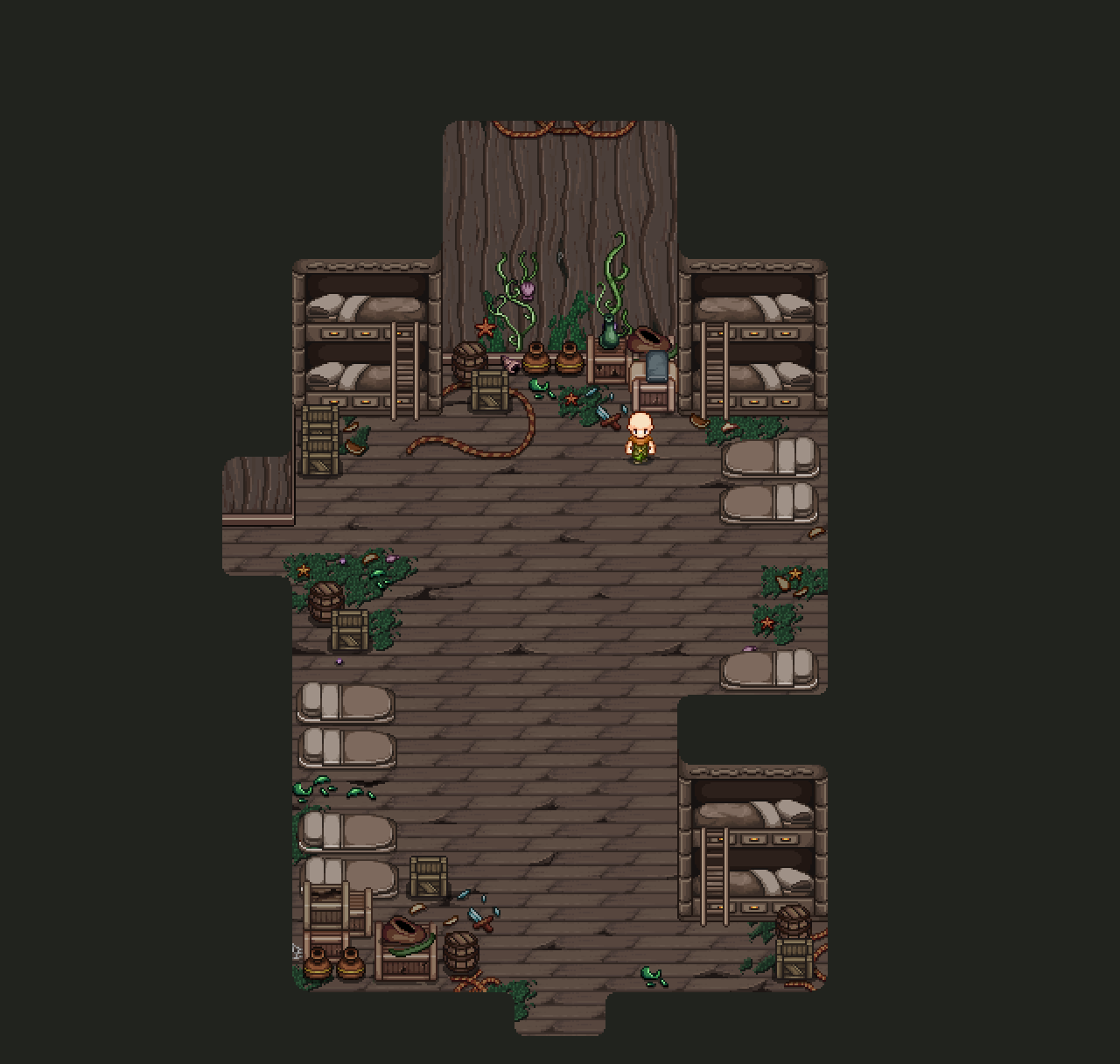 Like with the bunk room, we have a few ideas for ghost world-only decorations here too. In this case, we want to make a spooky version of the painting on the right and possibly some spooky shine around the candles and lanterns on the tables. 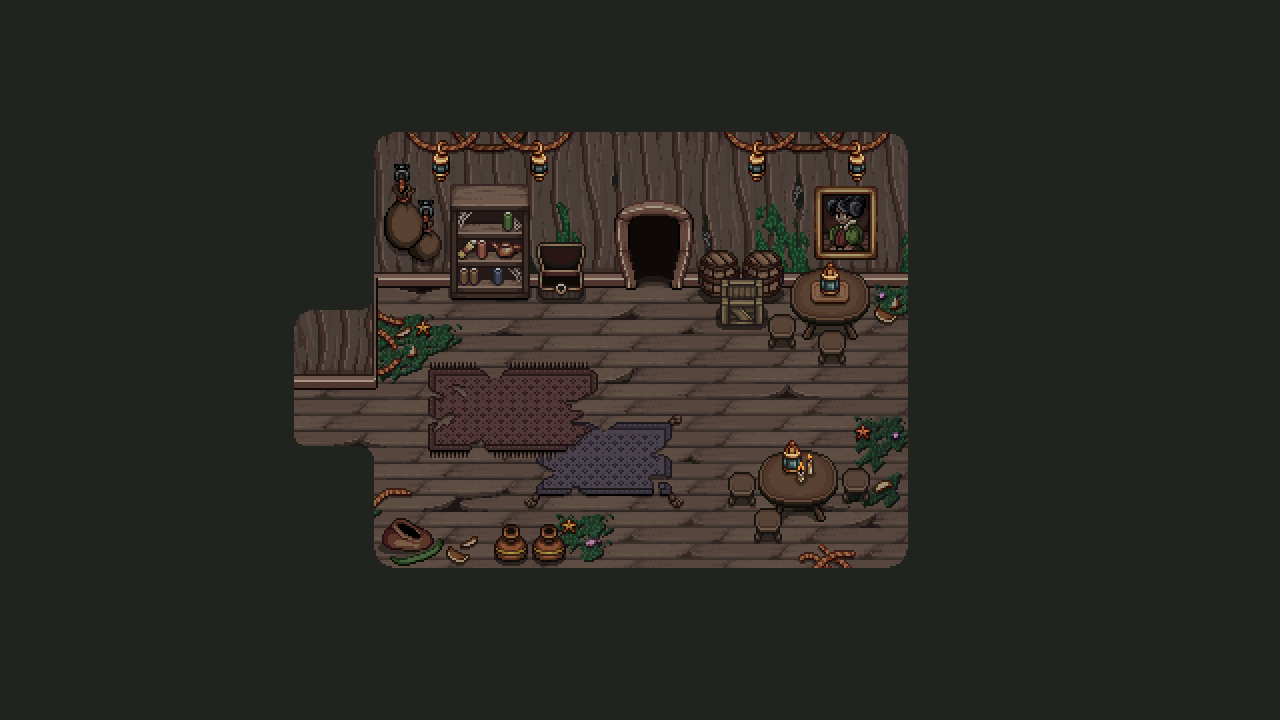