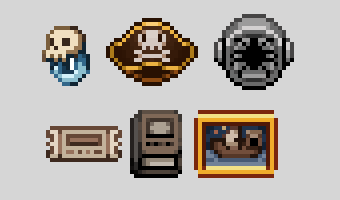 
Hello! I’ve been following the development since 2016! I just had a question. So the boss fight room to the left of the main hall hasn’t been updated in a long long long time. I was wondering if that was ever going to have the other bosses added. Thank you very much! Keep working hard! Have a good one!