So as a lot of you may have noticed, our world is currently facing a new kind of illness that is spreading rapidly as we speak. This illness, Covid-19, is now found in every part of Sweden, including the island where we live. The government is keeping us updated daily with the changes they’re making and how they rally the fight against it, with big changes is happening fast.

We’re only a small studio with three people, but because our office is part of an office hotel where a lot of other companies work as well, we’ve decided to move our work stations home for the time being. While we love our office and the opportunities it gives us to see other people (or just the exercise of walking or cycling to it), we’ve decided that if through working from home for a bit we can help slow down the spread, it’s what we’ll do. For the company, this means little change except out discussions will be held over voice or video chats instead of in person. Technically, it’s possible for us to work from anywhere with little hassle.

In other words, hopefully we’ll be able to continue on as normal. We hope that all of you are staying safe and remember to wash your hands! Let’s not panic but do what we can to protect those around us who are in risk of being seriously affected by this virus :)

Now, we’re starting off this week with a random surprise addition to the stable update, the ability to view Trick & Treat (the strange twins in Pumpkin Woods) true form if you talk to them in the spirit world! We do still have plans for these twins, but now it’s likely they will have to wait until post release. However, this little secret will do no harm in the game in the meanwhile :)

As part of the final cutscene before stable ends, Ivy will be briefly unveiled, so a new portrait had to be made! There will be a bunch of expressions going on here as well, but we’ll get to that once the cutscene is closer to completion.

Next, when I was looking to add more maps to the desert, I quickly realized there’s a big lack of treasure maps featured in Mount Bloom and Tai Ming as well! In order to solve this, I went straight ahead and made a bunch, starting with Mount Bloom:

“[…] that cave long forgotten, beneath the dragon’s jaw.” 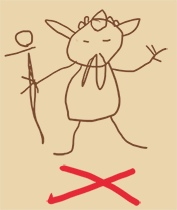 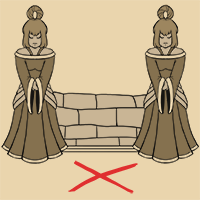 And another batch, for Tai Ming this time:

“Buried with these pink daisies
I leave with you my [item]” 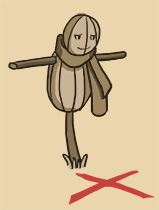 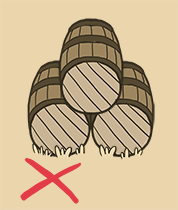 Can you guess where they all are?