Our polishing continues with some new gameplay changes, this time featuring the enemies in the Temple of Seasons! To start off with, the tornadoes now spawn around the mage and player, and their movement speed is a lot slower:

The season knight’s spin can now be perfect guarded to push him away and make him stop:

And if you aim it well enough, he’ll deal damage to his friends as he’s pushed away:

It’s also time for another Collector! We’ll add a bunch of these to appear randomly during your adventures so it’s high time we make a couple more:

Another thing we’ve decided to add is discounted items at Shadier Merchant, the guy who sells you items in exchange for part of your max HP. There will now be a chance that one of the items is a particularly good deal; a stronger item for the level you’re on, or it’s priced lower. As such, I was tasked with making an indicator for discounted items: 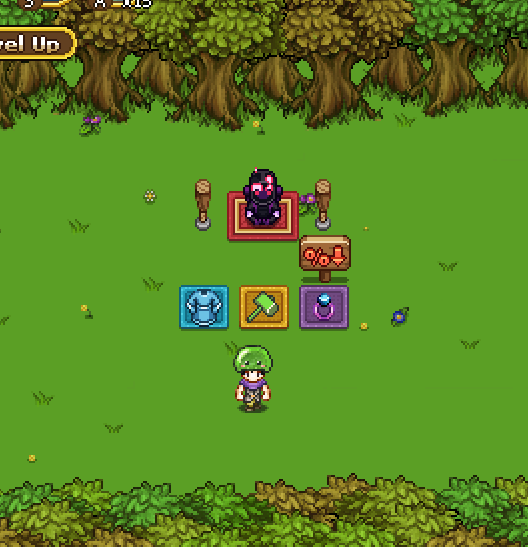 Time for some more minor additions and changes! First up, a button for when you talk to Bishop and decide to change the difficulty settings by adding or removing those loop orbs; which we’ve decided to call ‘Catalysts’. The icon is supposed to indicate how you through this option can increase difficulty by adding another catalyst or decreasing the difficulty by removing one:

One of the oldest graphics in the game is that of the achievement trophy, so I decided to give it a quick makeover: 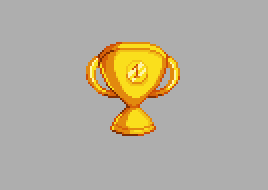 And finally, we decided to keep the Grindea-decorated fountains in Marino’s mansion for another part of the game, so instead I’ve been making some bee decorations for them: 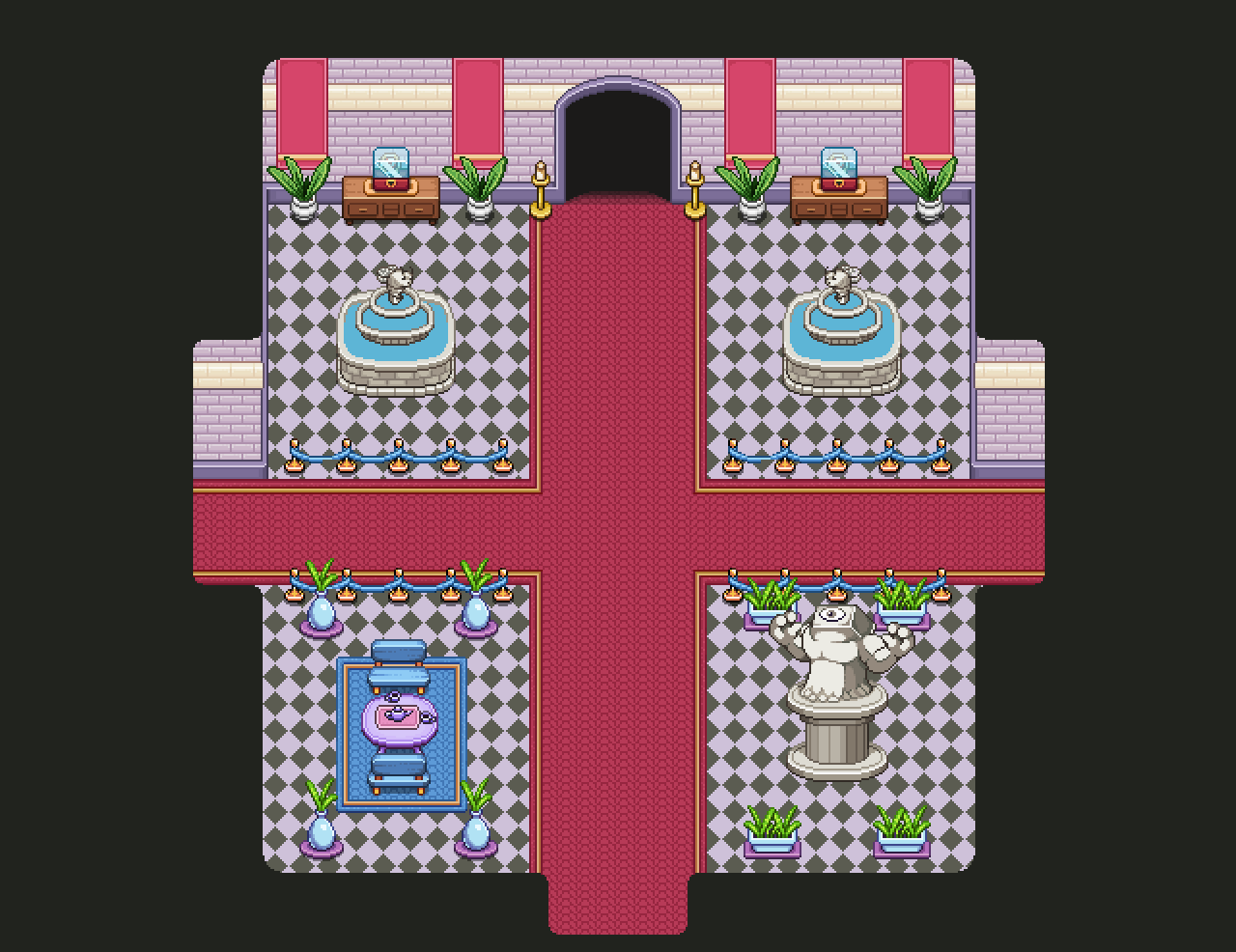 So what Fred has started moving on to working with now is an entity you’ll find in the final dungeon. While I said we’ll focus on things not relating to the final dungeon for now, Fred has a lot of big animations to make for the last part of the game, so in order to avoid having a massive bottle neck where we’ll have to wait for his animations, we’ve decided that he should start working on some end game stuff after all.

And first up in that regard is this strange mirror artefact, which will appear throughout the tower and throw challenges your way. Here’s his progress on testing out various designs, as well as the one we picked in the end: 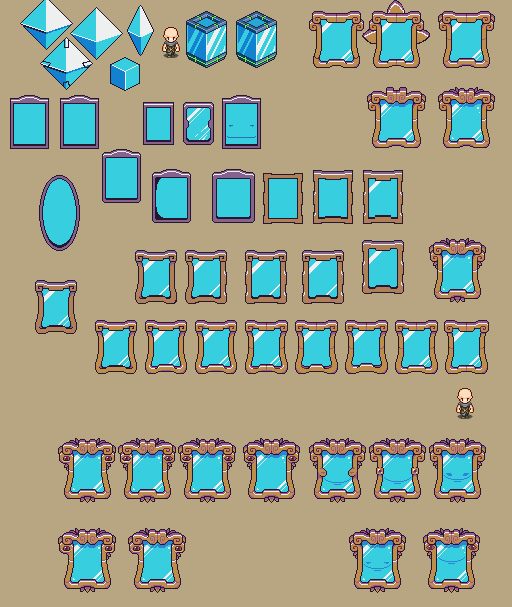 
I love those subtle eyes on the mirror!