Hello everyone! Have you enjoyed your weekend? It’s time for another week and another meeting, this time discussing the next quest we’ll implement for Story Mode.

As you’ve seen before, Fred has been working on a bug net animation for a quest where you’ll capture butterflies. The person who will give you this quest is Luigi, and one of the rewards will be one of those fertilizers that will help the squiggly plants you’ve seen across the world grow. Today we ironed out some more of those details.

To start off with, the point of the quest is that you’ll get a bug net from Luigi, and use it to capture some rare butterflies found across the world. Turn in three (or four – we haven’t decided the exact number yet) and you’ll get a fertilizer, turn in all of them and you’ll get a special trinket.

At first we weren’t sure whether this quest should be given immediately or if it’ll be unlocked later on in the game. Each of these options come with their own pro’s and cons. The positives of having it unlocked immediately (well, after you finish the trial) is that you’ll be able to capture butterflies as you go on your adventures, giving you something extra to do. On the other hand, unlocking it later on will give you a chance to go back to some places you’ve seen before, especially if you’ve taken notice of the butterflies before and wondered what you could do with them.

In the end we settled for having it unlocked immediately, since the first reward you’ll get for the quest is a fertilizer, and that in its own is a sort of backtracking deal, making both the quest and reward a bit too similar if we went for the second option.

As for the final reward, we decided to go for a trinket that will get you a butterfly follower, sort of like the trinket that gives you a fae follower, but with a butterfly instead. We’re also considering allowing you to pick between a set of different appearances for the butterfly, so that you’ll always be able to pick one that you like best and/or matches your look!

We still don’t know exactly how many butterflies you’ll be able to capture across the world, but we’ll try to spread them out evenly throughout the game. The main thing is that they will all be outdoors (and Luigi will tell you as much), to avoid having you look around in every nook and cranny of every cave and building when you’re about to go looking for that final one!

Next, work on the mansion continues, this time with a dining room, where we can only assume Marino and his family have their supper with esteemed guests to entertain: 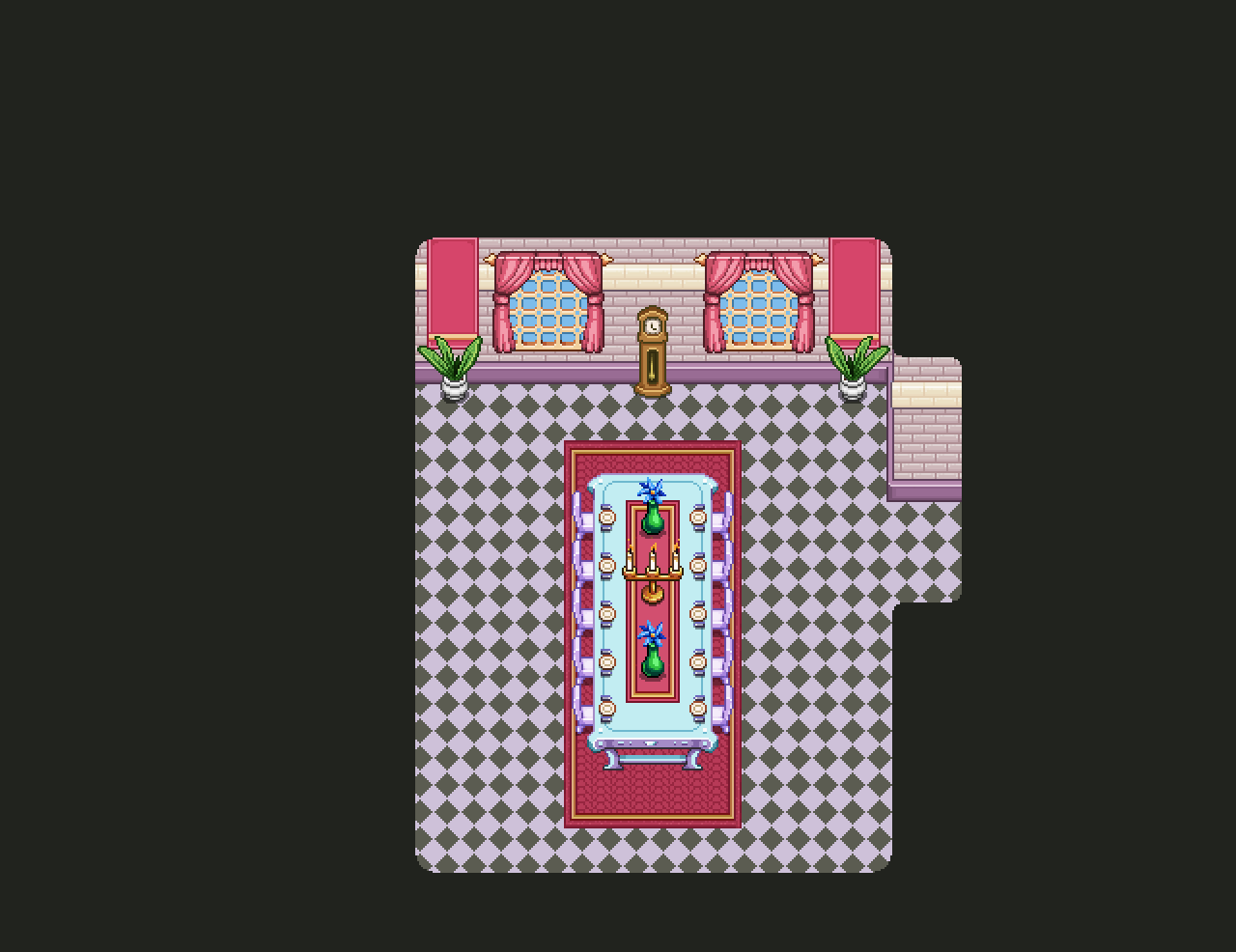 Next, another face you’ll find in the Mansion: another maid, polishing some statues in the main hallway!

Next in line in the mansion room creation is the second hallway, which connects the kitchen, dining room and first hallway: 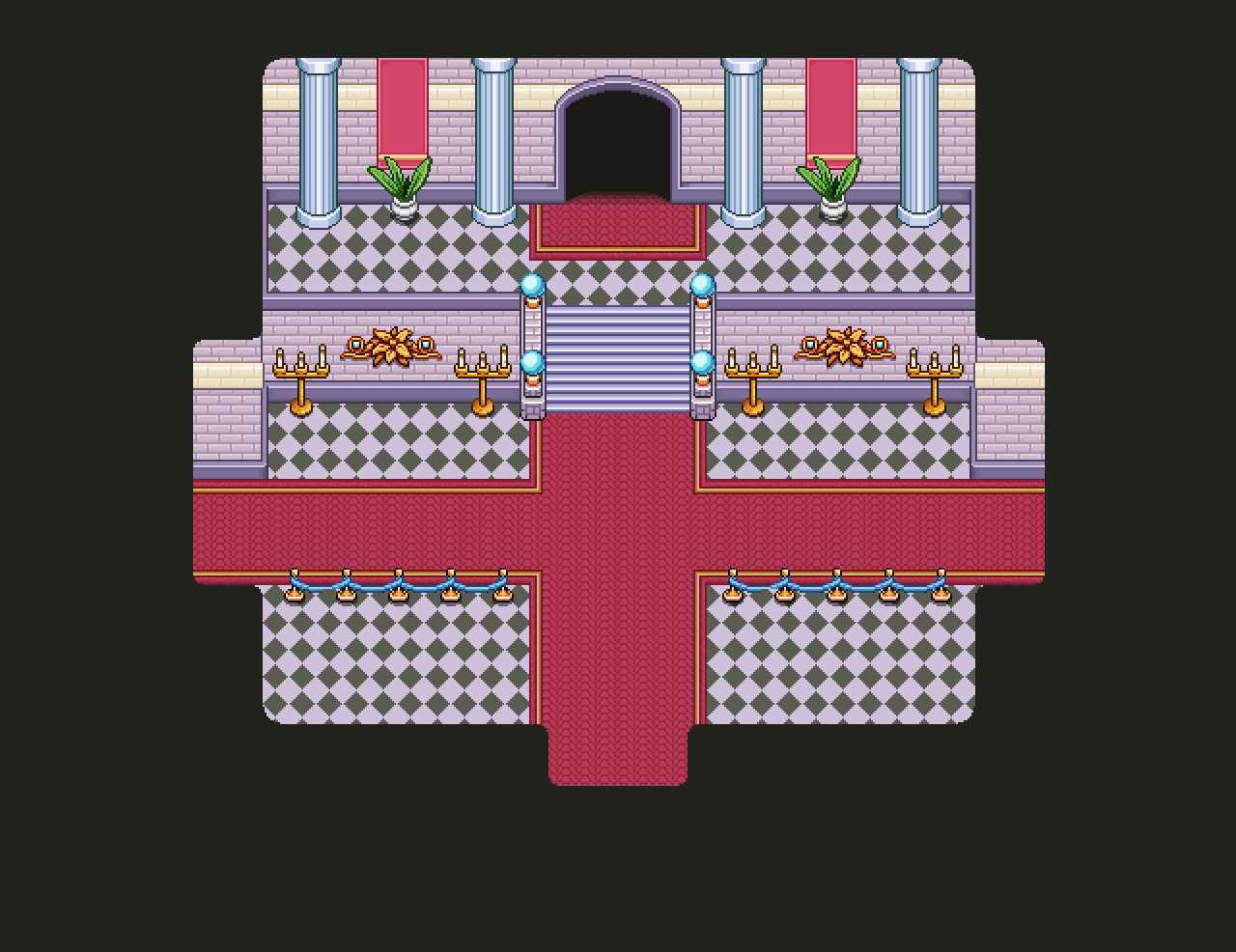 And with that, the mansion is more than halfway done! What remains now is the grand corridor where Marino’s dad hangs out, Marino’s room, the master bedroom and Marino’s mother exotic plant room!

Meanwhile, Fred has been working on a bunch of smaller things, including a couple of the new NPCs, and some secret easter egg stuff I won’t show here, but will leave for you to find out during your adventures in the game!

Now, as is customary after a bigger patch, it’s time for us to take a couple days off to recharge the batteries. We’ll be back at the office on August 3rd, meaning the next blog post will be available here on August 10th, a week after we’ve returned to the office and produced new stuff to show!

Hope you guys are enjoying the summer, I’ll see you then :3


I’m not sure if you guys read the comments but it’s really cool to see the progress on this game. I originally purchased this game back in 2015, I played through the beta quickly and was sad to see that I would have to wait for more content. I had forgotten about this game until just recently and decided to re-download it and I was not disappointed, this game was amazing at release and it still is today. I’m glad I made this purchase back in 2015 because this game is tons of fun and you guys are still improving it.


Thanks Arceux! It’s crazy how long it’s taking us, but it’s great to hear from people that are seeing and enjoying the progress! :)