So we’re drawing ever nearer to that final dungeon, and now that we’ve had some time to think about it, we’ve discussed taking a different approach to it!

We’ve gone through several iterations already, although none of them have actually left the sketching board as of yet. At first we wanted the dungeon to have one floor representing each major area in the game, then we considered mixing various themes together and at some point we wanted fewer floors but more of a mishmash of everything…. The only thing we’ve really always agreed upon throughout all this has been that it shouldn’t be super long – often we feel like when players get close to the end of a game, there’s always a risk of getting fatigued and running out of steam just before the final boss, an effect that is often made worse by overly long and complex final dungeons and boss fights.

Our latest idea is to have several shorter floors – some or possibly most just a single room’s worth, and each floor will touch upon something you’ve seen or experienced in the game, but in a sort of strange way – imagine something like the creepy version of Startington, but decidedly less creepy and with more gameplay elements!

Our mission for this week game design wise will be to come up with a bunch of room ideas for the first stretch of the game, up until Flying Fortress, and present our ideas on Friday. Which events throughout the game do you find most iconic and would be something you’d expect to see represented in a dungeon like this? And how do you feel about the length of final dungeons? Do you expect a super long finale, or do you prefer it to be a little shorter?

Now, time for a bunch of mixed things: a bunk bed in Trick & Treat’s house, some new better looking graphics for some of the ambience box sounds, and a new item based on a backer’s request! :) 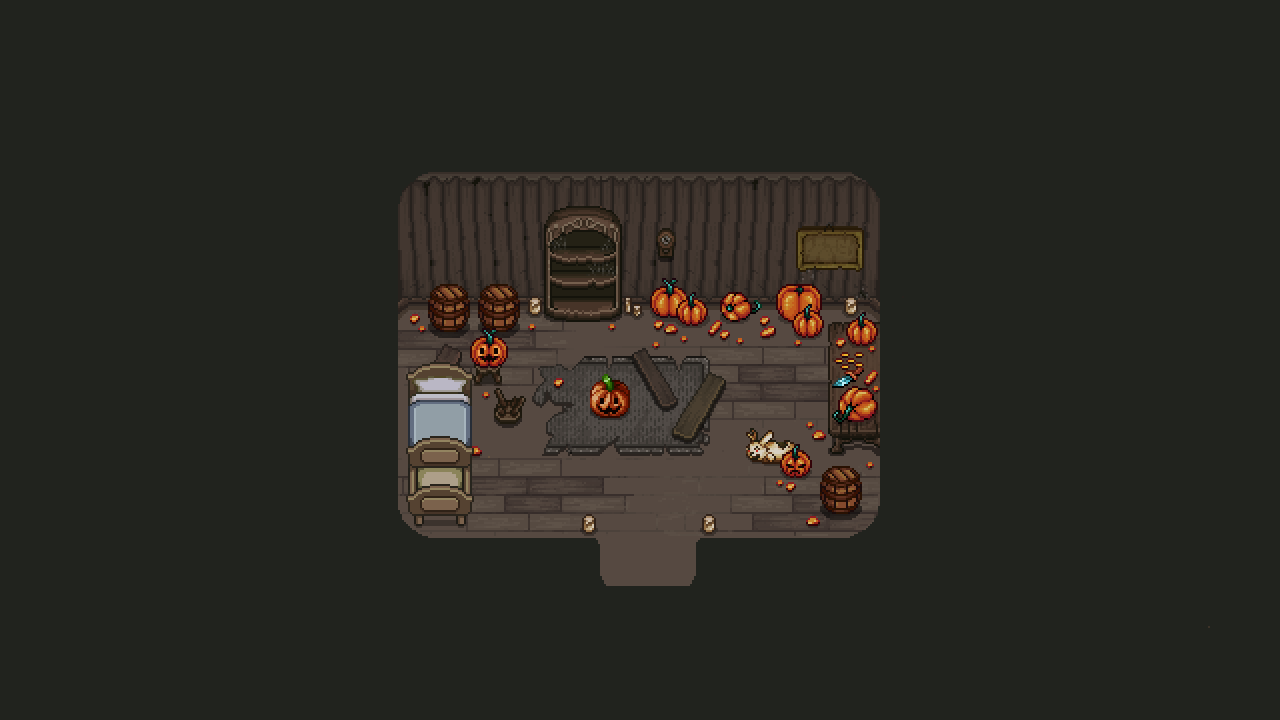 Another thing I’ve been working on recently has been sketching a couple of the last bunch of maps needed for Story Mode, one which is the room where your card collection is shown and which will grant you a special reward once you’ve collected all of them: 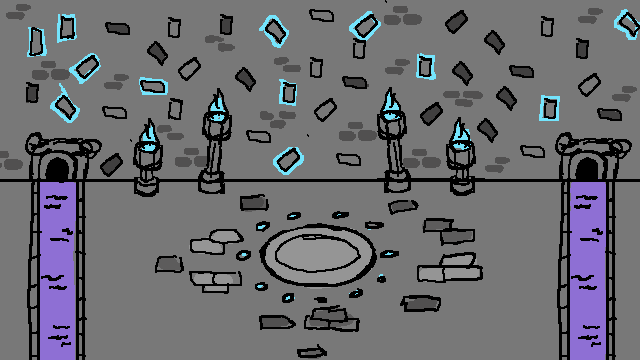 This room will be in Mount Bloom, in front of where the dragon carving on the floor used to be. In this initial sketch, it doesn’t look very mountain-y, but that will be remedied in the final version, which will probably look slightly different in the end, but the concept will remain the same: slots for cards on the wall, and some similar looking decorations across the room to make it look more interesting.

The other room I’ve been sketching has been the strange realm where you’ll battle Bishop! In the beginning we wanted this battle to take place in a surreal dream world governed by Grindea, but after some thought we changed our mind; while Grindea is light, we feel that Bishop is more of a dark creature, and having his battle be in a proper Bishop-y realm would be best.
As such, my design for the room is a bit more grim looking that our initial plan: 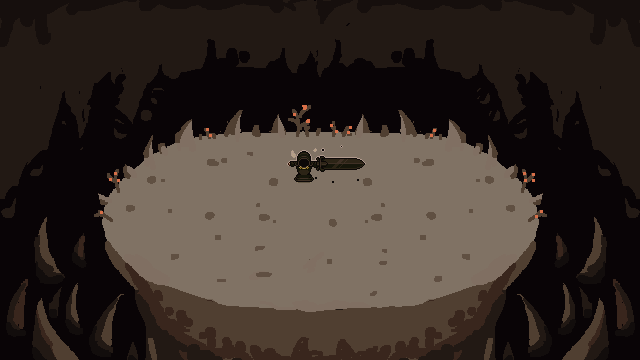 Again, it will likely look slightly different in the end, especially once the proper graphics are made, but you get the overall concept and colour scheme!

Time to start working on the background for the card cave! As you can see, the Mount Bloom mountain walls make it feel a lot more like a cave than in the sketch: 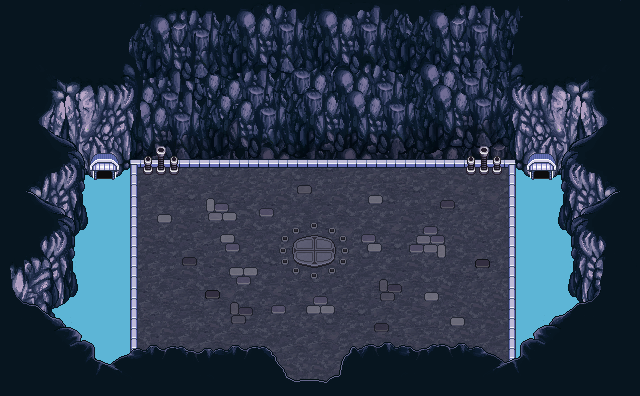 I haven’t made the slots for the cards yet, as they will need to be animated with glowing lights and such I thought it best to leave that up to Fred for now so the size of them will work out!

In Fred’s department, it’s been all about figuring out the look for one of the most important characters in the game that hasn’t yet appeared in the game in her physical form…. That is, of course, Grindea! She’ll appear as part of the ending, so we’ve been figuring out how to illustrate her form by having Fred make a ton of sketches!

Here you can see the progress of how it’s evolved: 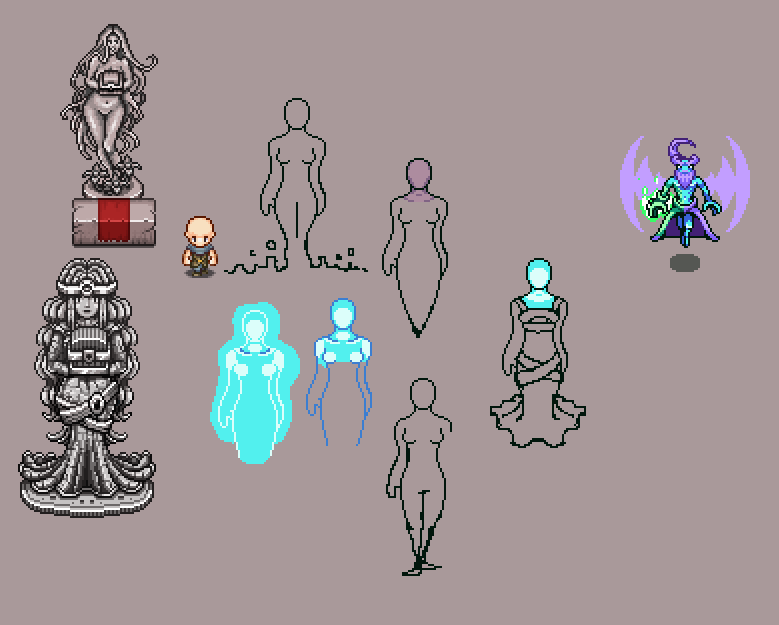 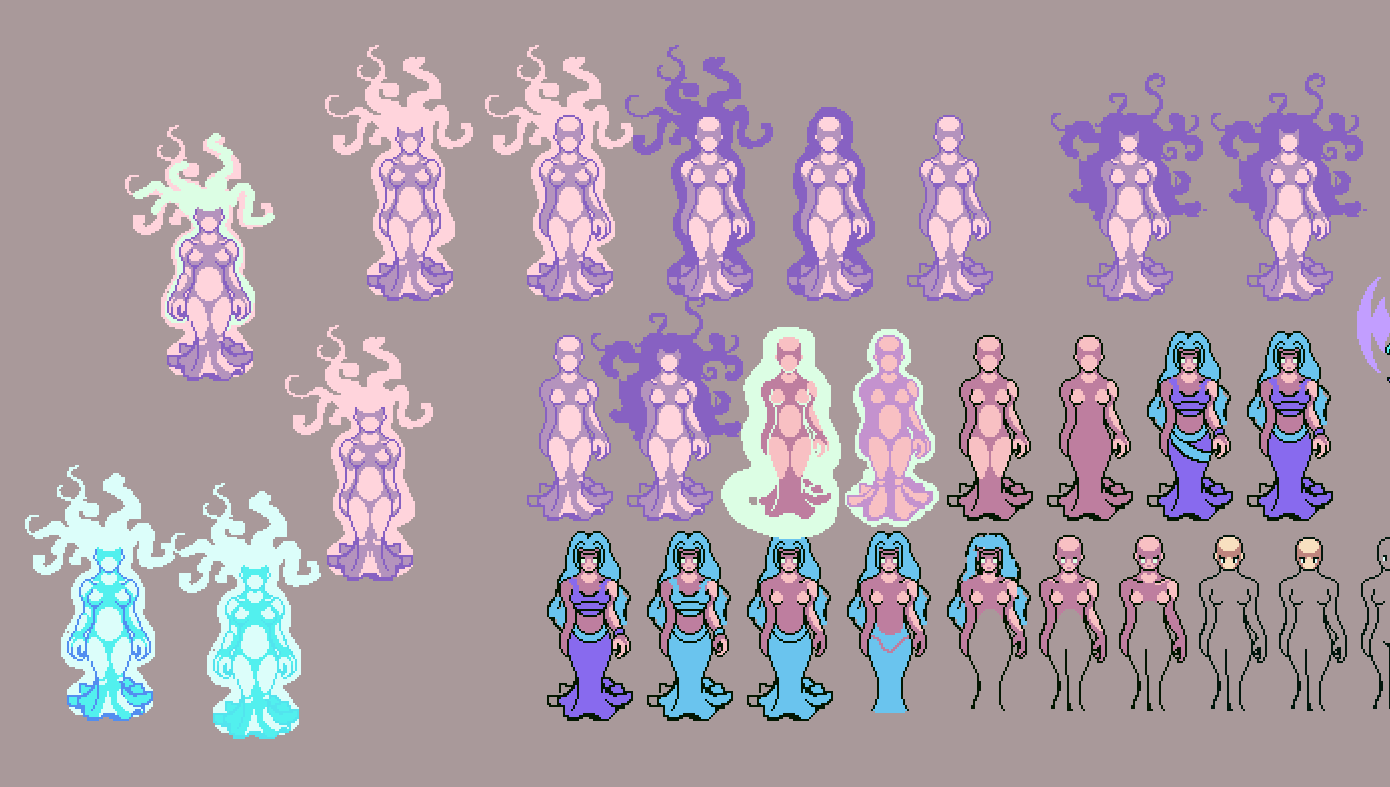 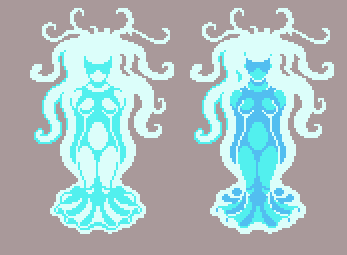 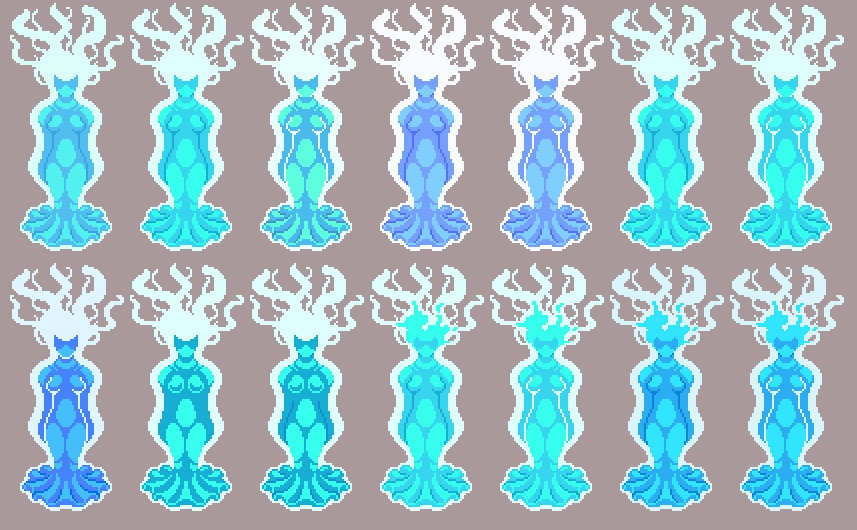 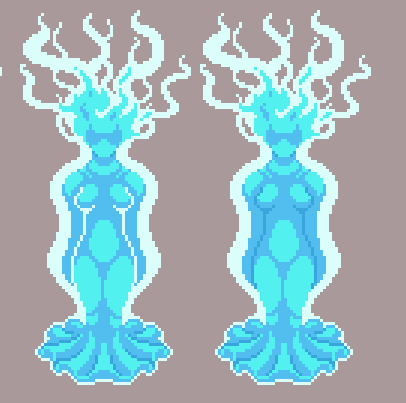 Originally, we envisioned her as more of an ordinary character, but in the end we went for a bit more shapeless approach, and so these last two are our current favourites! What do you guys think?


When the game is finally done I’m going to miss reading these blogs. I always look forward to them.


To answer your question concerning the last dungeon, my opinion is that I should be longer than the previous ones.

Moreover, I do believe that the last dungeon should have more bosses than the others. It’s the last trial of the game after all. The player should be challenged to use all the skills he acquires through his experience while playing the game.

I hope my answer to your question will be of some help.

Thank you a lot for this wonderful game.


This is awesome! I’m excited for the progress being made. Keep being diligent in your work, and this game will be all types of worth it!
I personally really admire the shapeless look. It’s suh-weet.
I am also not a fan of overly long end dungeons, but a chance to see a mashup of familiar places would be a perfect end for a game that puts so much emphasis on collecting.
All the same good luck team! You work thus far has been excellent.