The next floor we’ve been tackling has been the Tai Ming floor, which is all about returning to the past (unsurprisingly…) :)

You’ll enter into a large open space area, looking much like the ruined present version of Tai Ming, but smaller. A statue of ancient priestess Tessen in her boss form blocks the path leading to the next floor, although this version is edited to have slots for three emblems (oh dear).

You’ll travel back in time using a time rift, to a version of the map where any buildings are whole and it’s a nice village-y feel. There are NPCs from Tai Ming walking around this area, and talking to three of them will trigger you to travel to the present day where you’ll have to do a challenge of some sorts (battling various sets of enemies, most likely), after which the ghost of the NPC you talked to will appear and hand you their emblem.

Once you have collected all three emblems you can return to the present day version of the floor hand and insert them into the statue, after which it’ll come alive for an empowered version of the Priestess battle!

Remember the skill point to talent orb transmuter from last week? Here’s his apprentice, a young boy called Bokus! He’ll hand around with his master in the HQ once they’ve been added to the game properly:

Next up, we’ve continued to work on sketches for what we’d like that final Arcade Mode room to look like. We’ve moved away from the idea of the church like structure, as that would imply you’ll be able to go inside it – which you won’t – but settled for having the final room set among the heavens, since you’ve, after all, climbed the way up there :)

Here’s a bunch of new designs for the portal that will take you back to Arcadia or on to more adventures, depending on your power level: 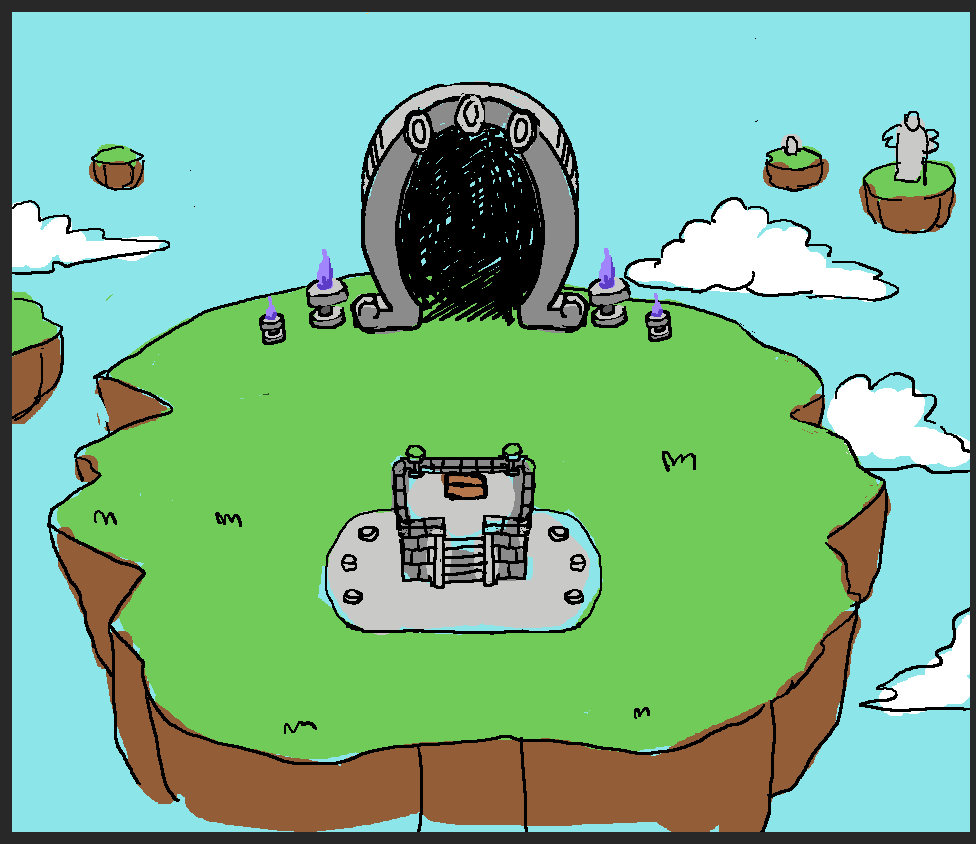 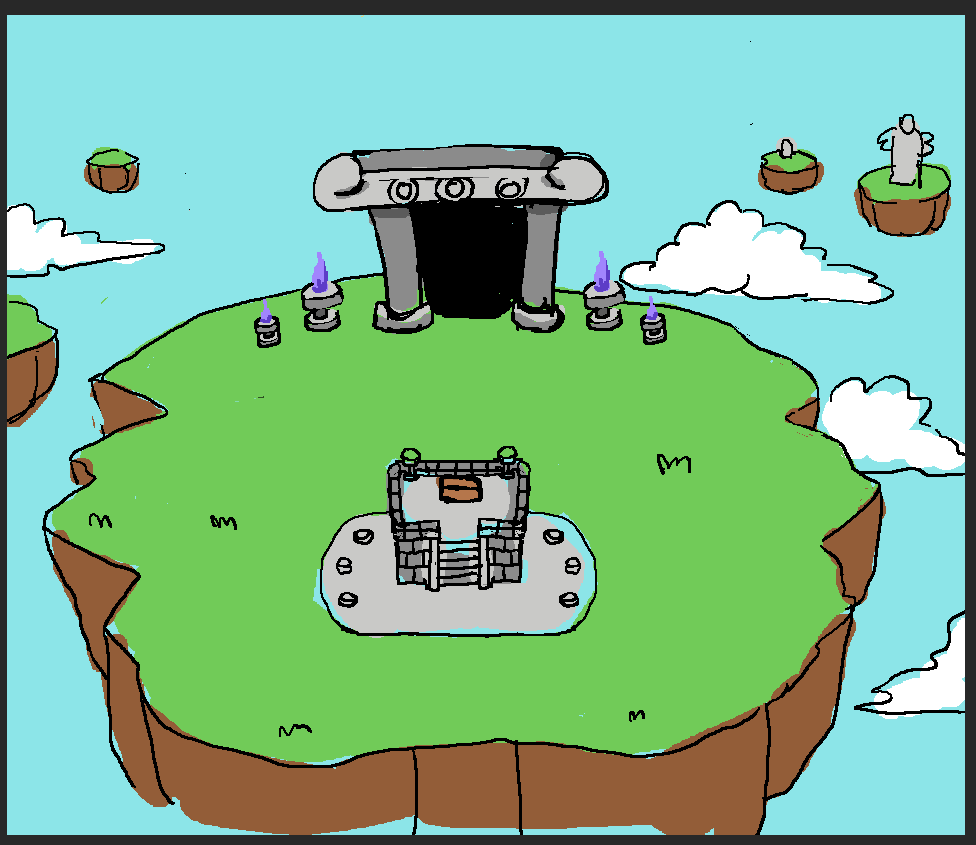 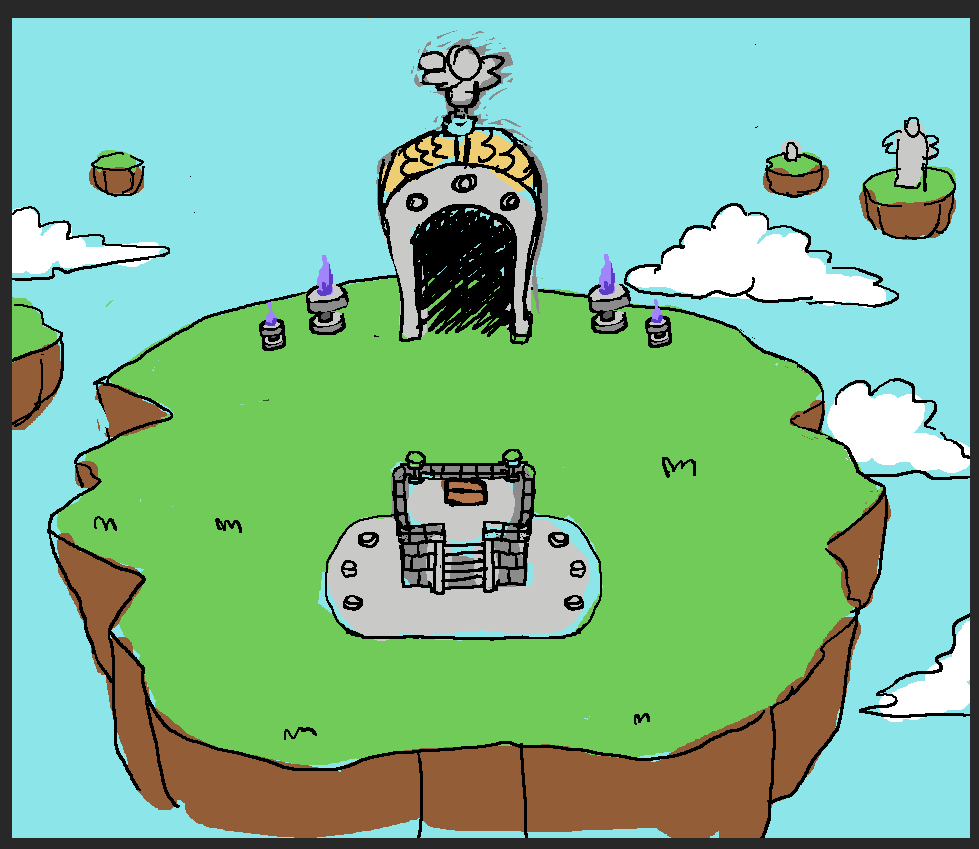 Our favourite this far is the first one (although technically, it was the last one I made) :) Our idea is that the gate will either be dark like in the sketch, or empty (as in, you’ll see the background on the other end), until you’ve opened the chest, after which a portal will appear within the gate, looking slightly different depending on whether it’s leading back to Arcadia or onwards :)

We’ve also been discussing the final tower interior and what it should look like, and as such I’ve been playing around with a bunch more sketches, where the amount of mirror material varies from barely any to full on “everything’s-a-mirror” mode. 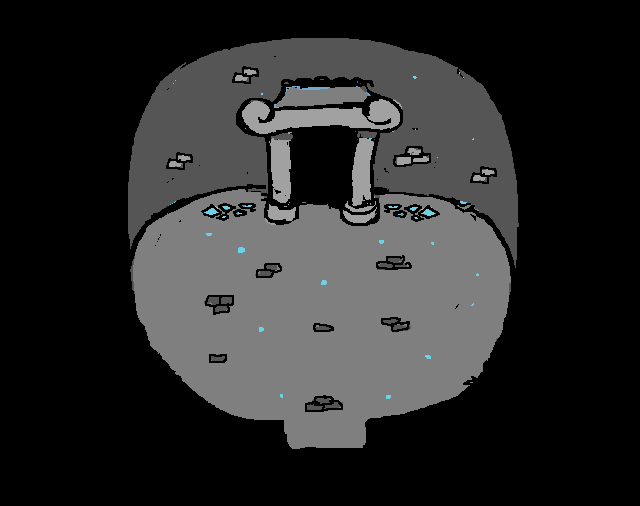 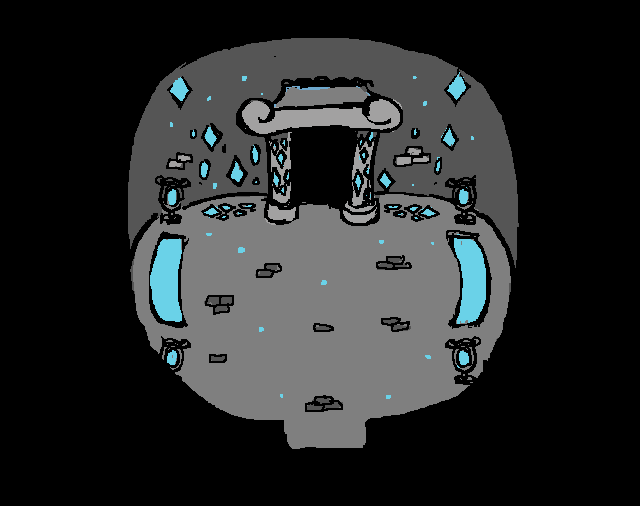 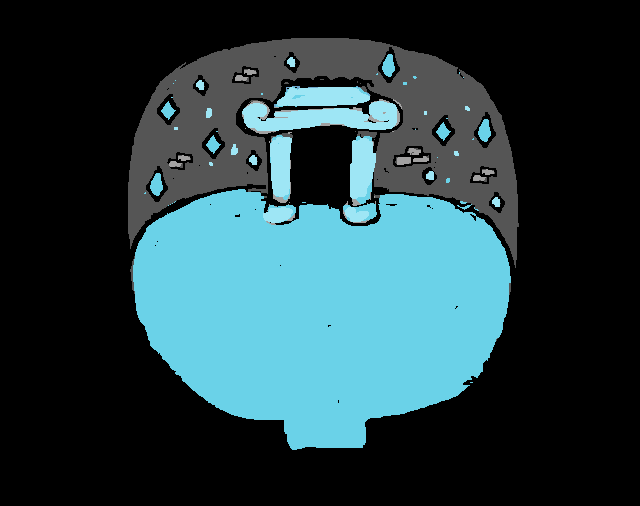 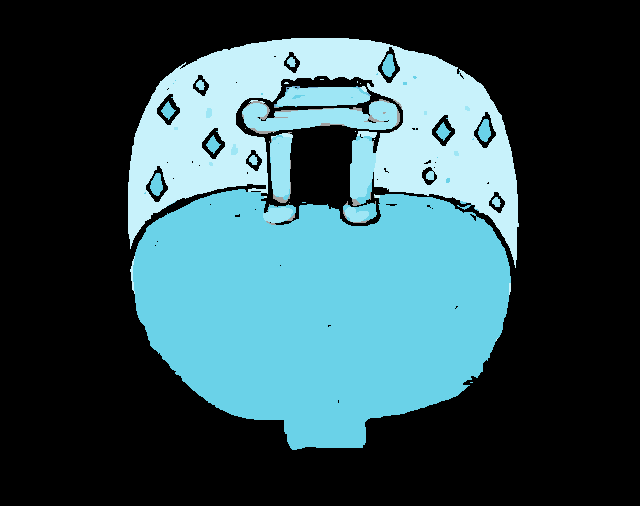 Right now we’re kind of leaning more towards the ’emptier’ version, meaning little to no mirror decorations. What do you guys think? One of the reasons we prefer that is because we won’t be able to use a proper reflection for the character on mirrors that aren’t on the floor, which means the mirror effect won’t be too clear to begin with. Also, having a more ‘boring’ look means that once you break the tower’s spell and it reverts back to it’s normal version it should be a bigger difference compared to the magically transformed room you were just in.

Meanwhile, Fred’s been working on a bunch of Bishop animations, but what we’re going to show today is something a bit more exciting(?), the sprite for Maracas, the guy who will transform your silver point into talent orbs, or the other way around! Behold:


I definitely prefer the second version of the mirror room. The first version basically has no mirrors, so it’s hard to sell it as a mirror room, while the third and fourth version are “trying too hard” to be a mirror room, so to say.


I would prefer the third or the fourth room as it really feels like it is a mirror room.

But in the end, you have always done great choices so far. You should definitely follow your own feeling concerning this kind of choice as only the members of your team have an idea of the full picture of what will be happening inside of this tower.

Everyone here don’t know the details of what is gonna be added here and there inside of the final dungeon. We only know the main line. So, I don’t think we are in the best position for guiding you in your choices.

Concerning my opinion, as I told before, I believe that the third and fourth version suit better for a mirror room. I hope that my answer and the one of the other person answering you will help you in some way. :)


I think I prefer the second mirror room. 10/10, just enough mirrors, as opposed to the other variations which are either too flashy or too empty.