Now, time to get back to work and what better way to start off a new work week after a week’s holiday than to make the first pieces of a whole new system? These seeds (appropriately enough, since it’s spring time over here and I just spent pretty much the entire vacation outside managing the garden) will drop from all the greenery inspired enemies in the game, letting you plant them in your own home! Let’s take a look:

I’ve also made all the preparations for the first such plant, namely the Power Flower, whose seed you can already get after defeating it in Story Mode: 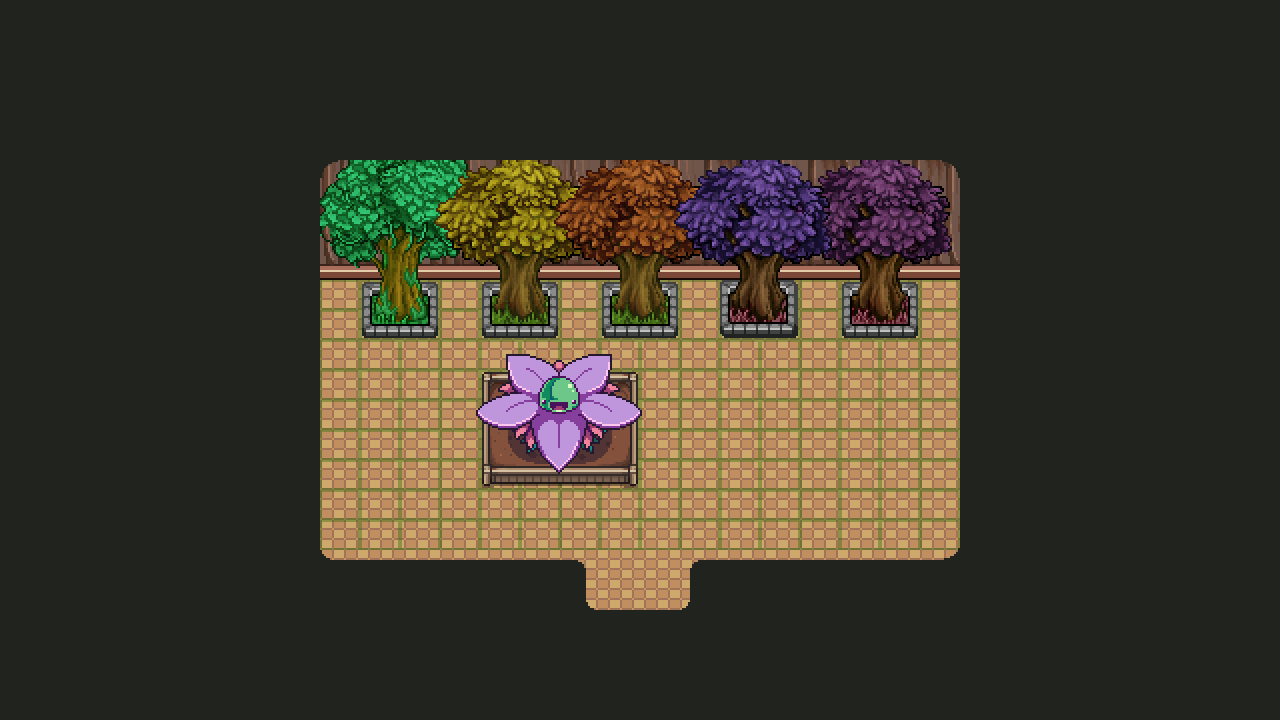 Of course, we also needed some drop appearance, both for the potted and the ..unpotted versions:

Next up, time to make some more potted plants! Without further ado:

And here we have the full lineup, both with and without the actual plants: 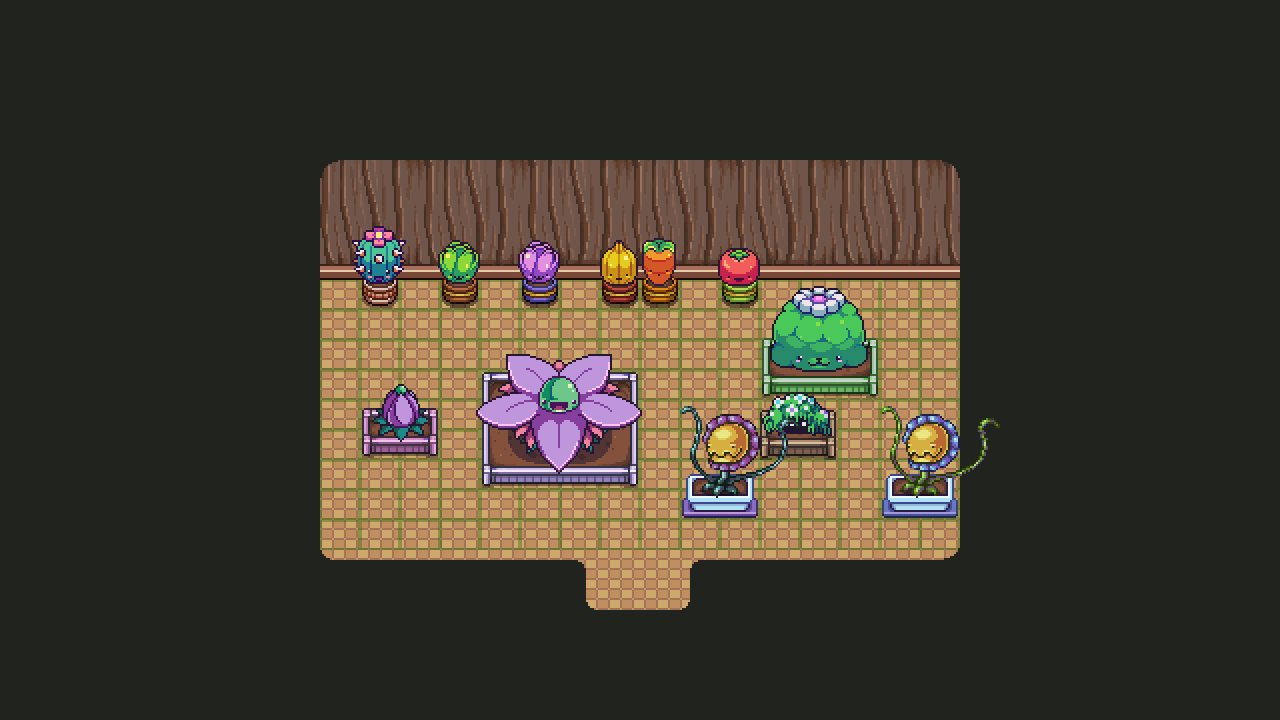 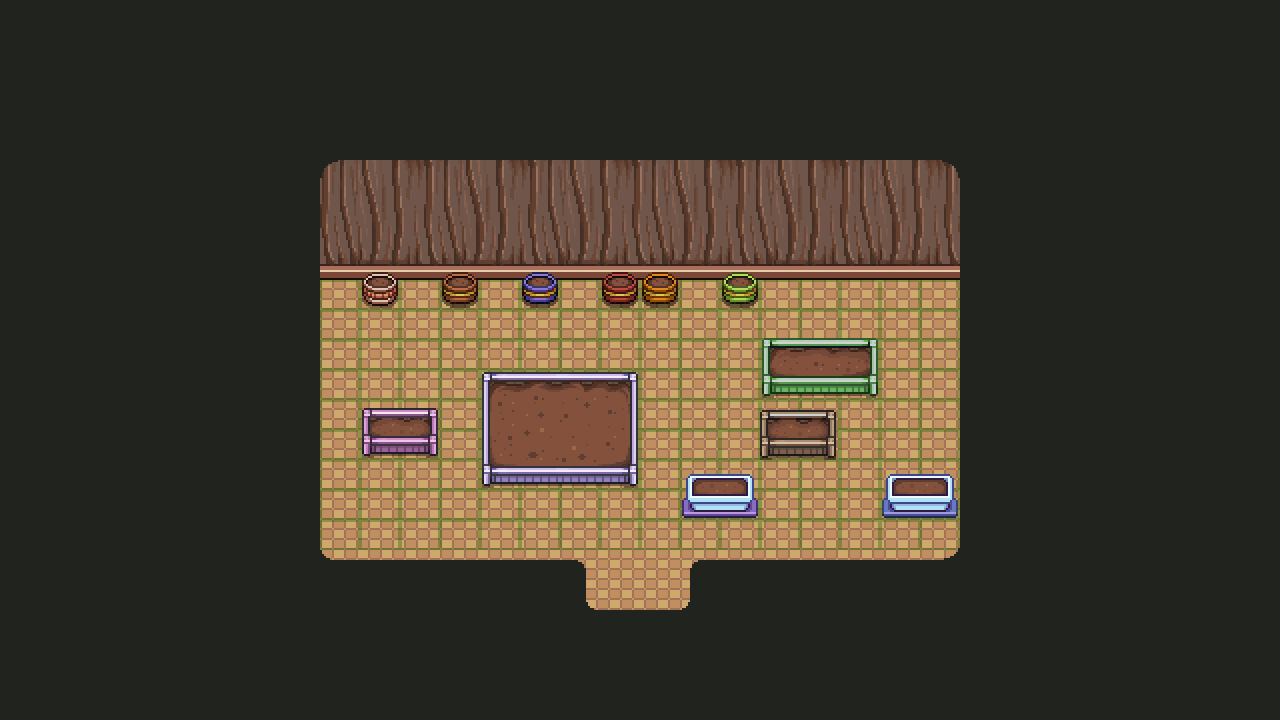 We’ll also add some kind of sprout to these for when you’ve planted a seed and it’s starting to grow, at which point examining it will give you an estimate of how far off it is from turning into an actual plant!

And now, back to doing something I haven’t done in a little while, which is a new portrait! This is for one of the new older generation collectors you’ll find in the HQ at some point:

Meanwhile in Fred’s department, we see a sneak peek of a couple new things for the stable update: a couple shields, a sprout, and an idle animation for one of the veteran collectors:

Now that we’ve been back a while and gotten back into the groove of working, we thought it was high time to have a meeting about what we’re gonna do the next bunch of weeks! As you know, the frontline patch has been released and we’re currently working on stuff for the stable version of the same. As such we went over what things will be added, and had a few unexpected ones added to the list as well!

First up, as mentioned before, we’ll add a book series by Penn Wrythe, that you’ll find parts of throughout the game. The final part will only be written after you’ve answered a couple questions asked by the writer herself, meaning you’ll determine the ending. We haven’t yet started working on this, but it’ll be done in one of the coming weeks.

We’re also finally adding the final bunch of haircuts, giving you a bunch of new selections! We’ll also make it possible to choose from the opposite gender’s haircut pool.

A redesign of the enemy codex is gonna happen – to be honest, we’ll probably redesign most of the menu, parts of which you’ve already seen, but for now the enemy codex redesign is the only one we’re certain will make it into the stable update. Our aim here is making it look a bit more pleasing visually as well as adding a few more things, such as the plant enemy seeds! We haven’t yet decided if the seeds are gonna function like a normal drop in the codex, or if there will be a plant icon somewhere indicating that this is an enemy type that drops seeds. Both these options come with their own pros and cons, and as of yet we haven’t really made any final decision on how to handle it – but it’ll get ironed out in a meeting at a later date.

Other than these things we still have the other things mentioned previously such as the seed system and the basement beneath the church in Port Monnaie, most of which has already been finished!

Now, on to more work, got a lot left to do this week :D