In this Monday’s Meeting, it’s been all about perks! We haven’t had a lot of those before, so we’ve spent some time thinking about what more interesting ones we could add. Here’s a list of our current ideas:

* Bigger chance of getting a specific type of event room (we want at least one of these for the fishing rooms, since it can be quite a challenge to catch all of the fishes, however, we haven’t decided 100% yet if this will be a perk or a quest or an item of some sort)

* Bigger chance of getting card drops from enemies

* A slightly wider selection of items in the shop

* A perk that lets you start with an HP potion

* Same as above but for 2H weapons and magical weapons respectively

Do you have any ideas for more perks? Let us know what you’d like to see! :)

Next up, I’ve made a test for a portrait of that fae that comes along to help you fight against bosses (for a fee). However, this is only the first try, and after some discussions we’ve decided we’re probably gonna give him a slightly different look, making him look a bit more badass. For now though, here’s the old version:

Next up, in preparation for another one of the rooms, I’ve made a bunch of Super Potions. These potions can be bought from a potion salesman that appears in questionmark rooms, and the potions themselves are stronger and last longer. To start of with, the potion salesman will present you with one random potion of the selection below, but if you pay up some essence you’ll be able to unlock a second slot in his shop which will also feature a random potion:

Now, time for a newbackground! This one features the Spa, where your character can regain some HP by standing in the enchanted pool: 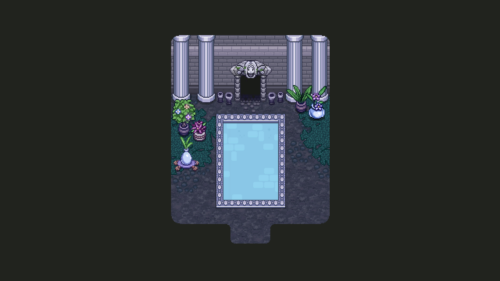 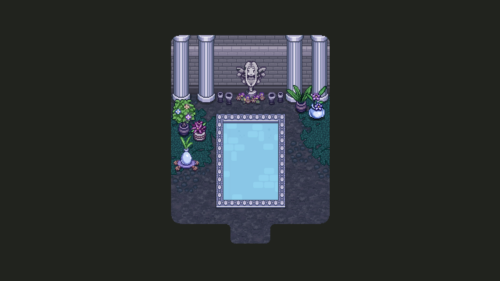 In Teddy’s department, let’s take a look at a new interface of sorts, featuring Bishop as he provides you with a bet! Now he’ll appear in the lower right corner to remind you of the bet you’ve taken:

Once you finish the bet, he’ll disappear, as shown above, and appear in the middle of the map instead!


Nice work! I was going to point out the fae was missing something, but you guys already caught it.