A new week, and new design decisions! After more discussions surrounding the final part of the final dungeon, we’ve decided to give the final boss(es) a proper area of their own, away from the tower. This is for a number of reasons, one of the key ones being that it’ll be a lot more epic. As such, the layout of things will look like this going forward:

You’ll start off by getting to the “top floor” of the tower, were a door leads out to a “balcony” of sorts: 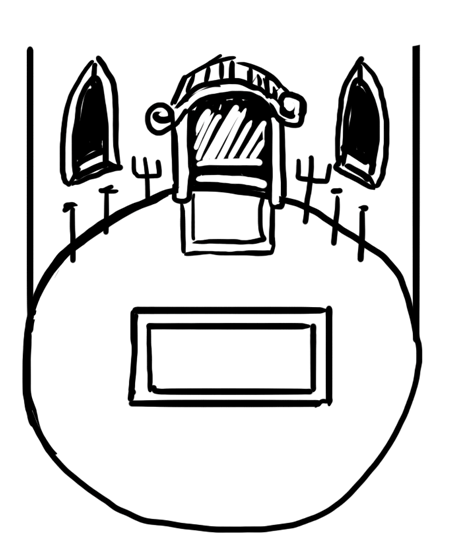 In this balcony, a path will appear before you, leading you to the building where you’ll face the final boss(es) once and for all. We’d like this path to build a bit like the elevators in the tower, with bits and pieces molding together as you walk across, but we’ll have to do some testing to see how it’ll work out: 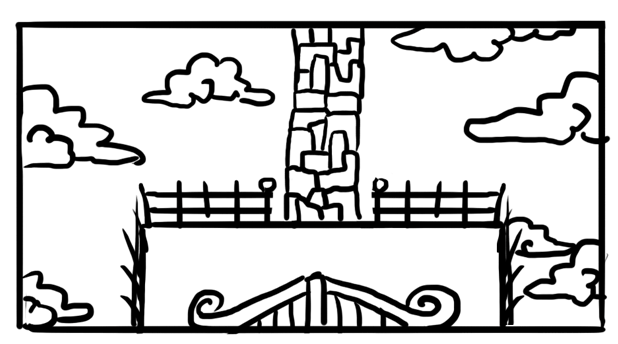 Next, you’ll reach Zhamla’s resting grounds, which in this sketch would remind the player of both Tai Ming and the Flying Fortress: 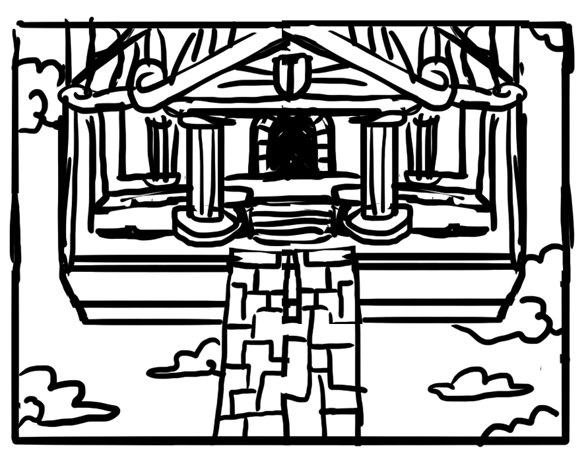 Inside, there will be giant windows that will shatter once the real battle begins, revealing the sky outside: 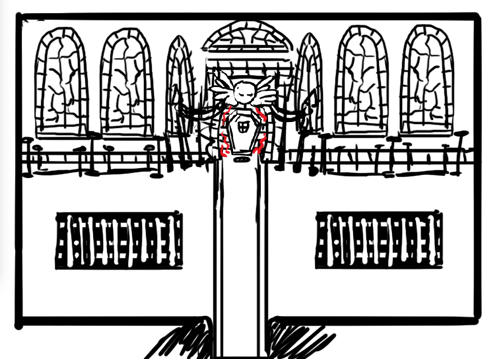 Meanwhile in Fred’s department, there’s a lot of different things going on. For instance, there’s a giant Grindea hand being animated for a special sequence:

Luke is getting some new animations:

And all of the mirror bosses are getting some more graphics as well:

Speaking of the mirror bosses, one of the other things we’ve been working on recently has been the way they’ll shatter as you defeat them. Here’s a bunch of our latest tests – what do you guys think? :)


Love the way they shatter!