Another week and more stuff to do and talk about! This week I went back to some art stuff in between writing on the book, finishing up one of the final battle rooms! This here is where you get to battle Dad, and we’ll transform the room a bit for your fight against Zhamla – but that’s for later! :) 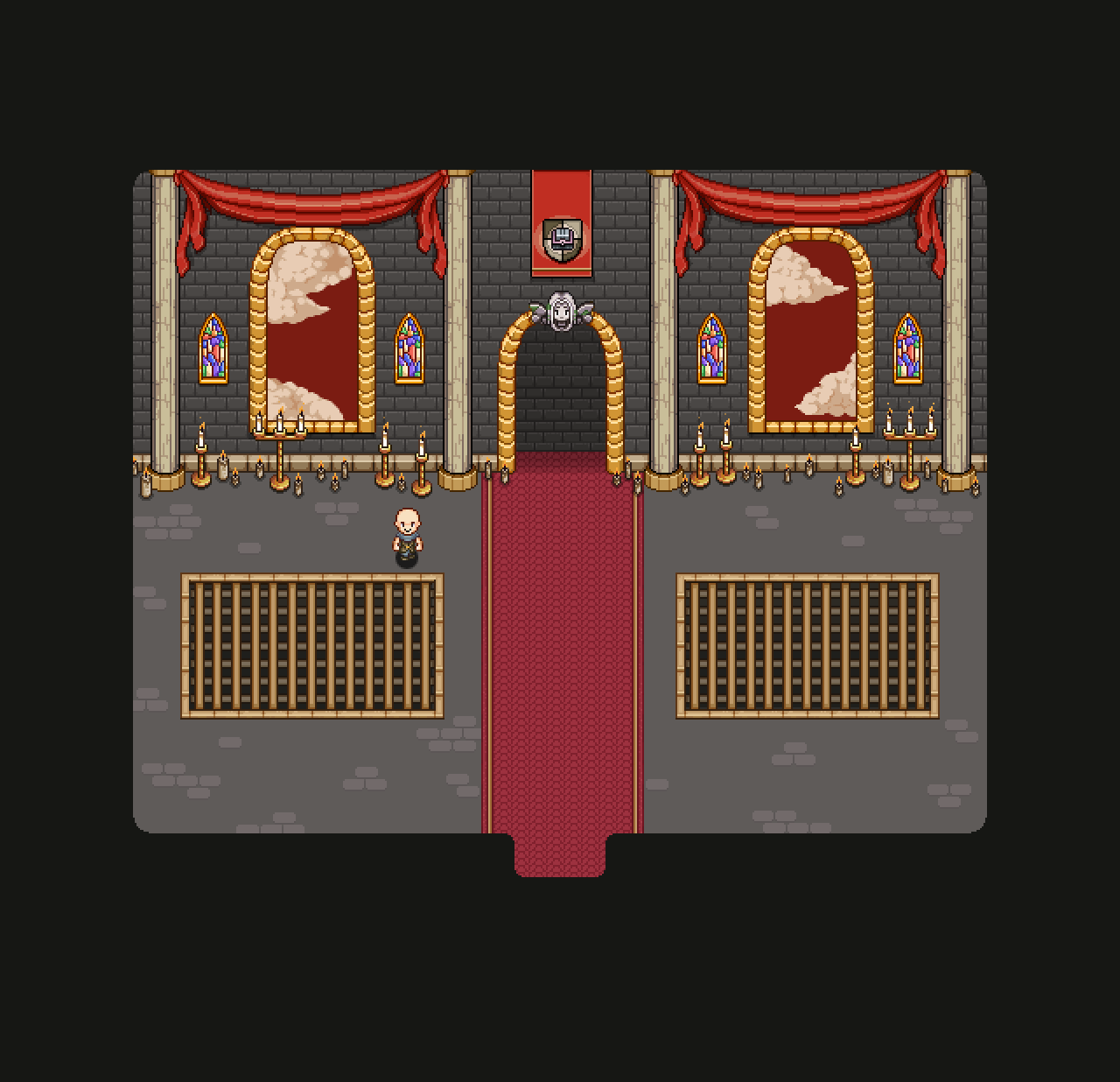 We’ve also started something that really makes it feel like we’re at the home strech – one final playthrought. For one hour every day we’re currently doing a multiplayer playthrough of the entire game together, from start to finish. This is to see if we’ve missed any inconsistencies or bugs before release – don’t worry, we’re not adding long lists of polish to add, this is solely for storyline consistency and bug purposes, and to iron out anything that feels off. In other words, the finishing touches, if you will. When we’re not doing the playthrough we’re focusing on the final parts of the game. For me and Teddy, that’s Story Mode – for Fred, it’s finishing up some last remaining graphics for the Arcade Mode ending. Here’s a little sneak peek:

Two different versions – one longer, one shorter. Which one do you prefer? :)


The first version appears better to me.

Can’t wait to see how you are gonna make the final part of your game !


Idk how to say it, but both versions look kinda fake to me.
The first one would make sense if a laser cut these parts off
The second one doesn’t make sense at all. I think the problem lays in the fact that they look like puzzle pieces, while in reality there should be irregularities in the vertical parts that stay (some fragments standing out here and there, some fragments missing). Anyway, the first one definitely looks better


The short one looks better!
Good job with all the progress!

One easy to implement suggestion for the Arcade Mode: When using the quick level up menu, sometimes is difficult to remember what the effect of each Talent is. Could you please make appear a text with the name of the Talent and description that you have selected?


I think the second on looks better, but the animation takes a bit long. Just an idea, but would it look nicer if the the part of the crack fell off as the other cracks appear? Seems too sequential right now.


Definitely the first one! I think the impact of the falling is more lost if the animation takes longer.
-Hawke


I think it should be a mix of the two, I really like how the cracks are appearing in the long version but I think it would be perfect if the parts would start falling before all the cracks are drawn. If I have to chose one, I would say the first one just because it is quicker.