This week I’ve been finishing up the puzzle room – which first of all meant adding a couple smaller details, such as this wooden part that is whole in the past and broken in the present: 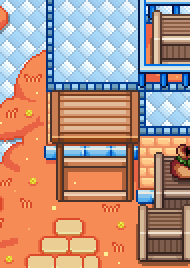 Speaking of past and present, the room background needed a proper broken down present version, so here’s that as well: 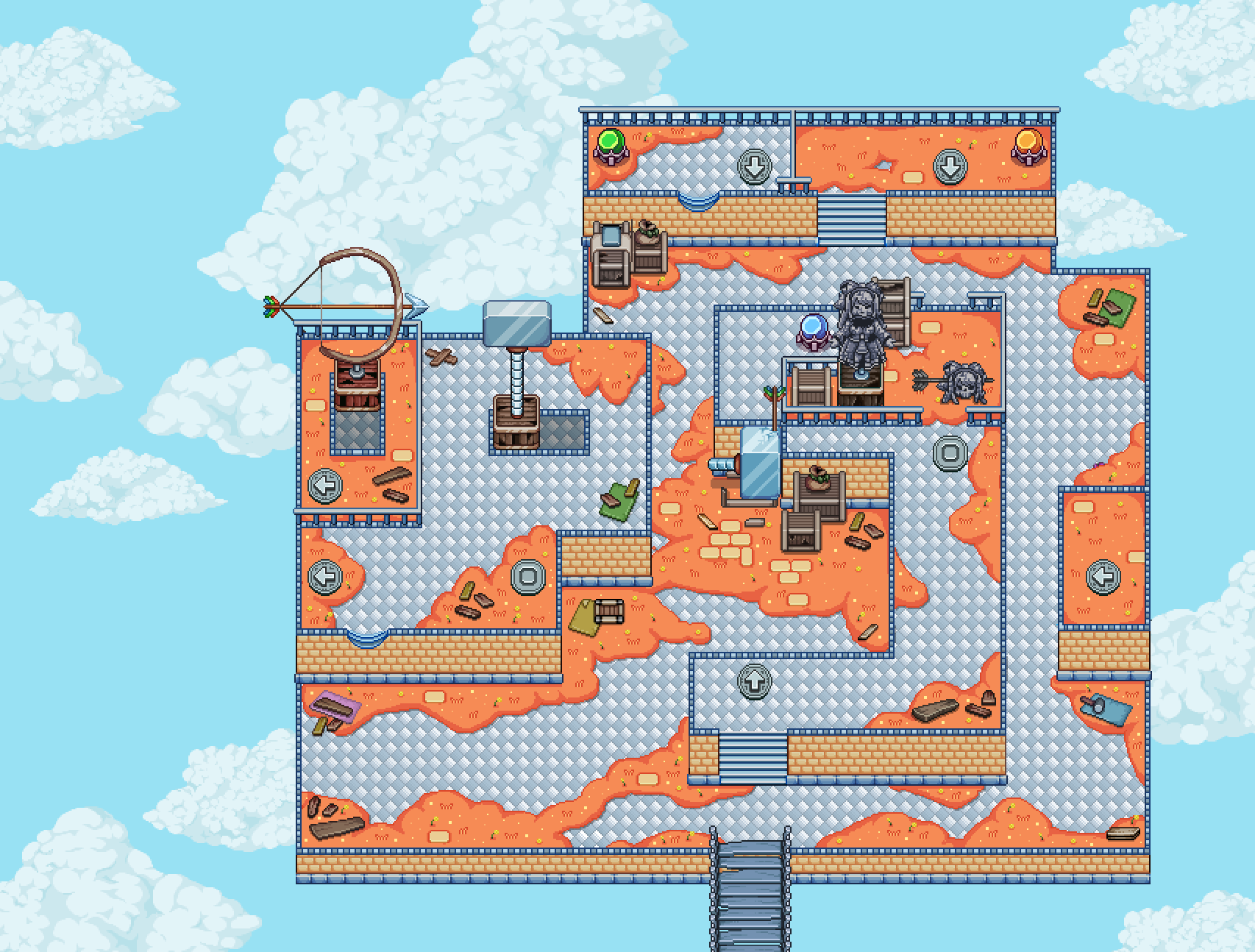 We’ve also been playing around with making the map indoor rather than outdoor: 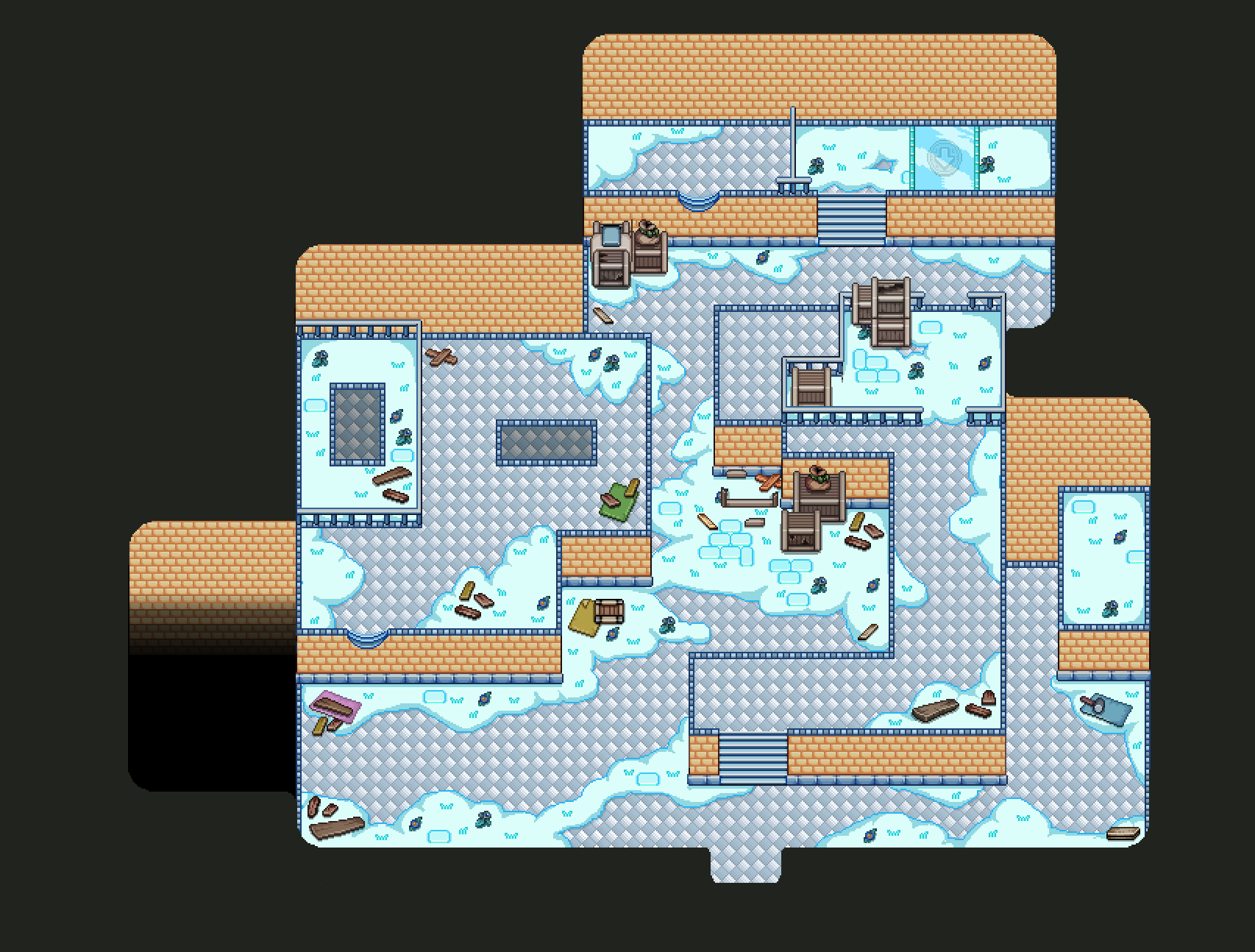 Would you guys prefer it to be in the skies or inside a proper room?

Another thing we’ve been working on in regards to the puzzle room is the effect of clearing the rooms. Here’s some of the progress, where we went from a season change-like effect to something closer to the shattering of a mirror! Note that the proper graphics for this haven’t been made yet, but you’ll get an idea of the concept:

We’ve also been discussing the Ending Theme song(s), as it’s high time to send out sound and music requests to our awesome sound and music designers, giving them some time to work on this before release. I’m very interested to hear what they come up with, as I’m sure you are too! As a reminder, the sound effects are made by Fark and the music by Lucky Lion Studios, both awesome people we’re so happy to have along for this adventure!


I actually like the room being in the skies but makes the map quite empty on the sides. I imagine something with pillars doing a mix between indoor and outdoor. (But that’s just a personnal taste I suppose)


This is the end of the game.
I think it would be fitting to know how far the player has gone by having the background change somewhat as you progress through the tower.

Maybe at some point you literally see clouds at eye level I dunno.

Also, for the ending theme, you could just remix a lot of the songs from the higher points of the game.
Boss fights, character themes, have a low point in the song for Luke’s passing, and then a high point that may be a homage to the beginning town’s background music.


I agree that there should probably be some sort of musical element. Either a good crescendo in the song maybe with a softer break section if there’s going to be the classic pause into phase 2, or perhaps a remix of different themes that relate to the phase that is going on, maybe even with a massive medley if all of them are combined?

Just ideas of course, but I can imagine that a unique theme would also serve the fight well.


Been following the development silently for the last year or so. Good job, you guys. Your consistency is very impressive.

If you’re in a tower, i feel like you should be… in a tower, but maybe able to see outside into the clouds?

Also, of those 3 transitions when the puzzle is complete, the first one (non-shatter) is definitely the most natural feeling. I get you’re going for the shatter feel, but it felt a little underwhelming the way the leave… maybe they could explode toward the “Camera”

The first transition is with no doubt the best one.