The idea is that the darkness beyond the walls will be replaced by the starry sky background used in a couple other places in the game – but the game engine will handle that: 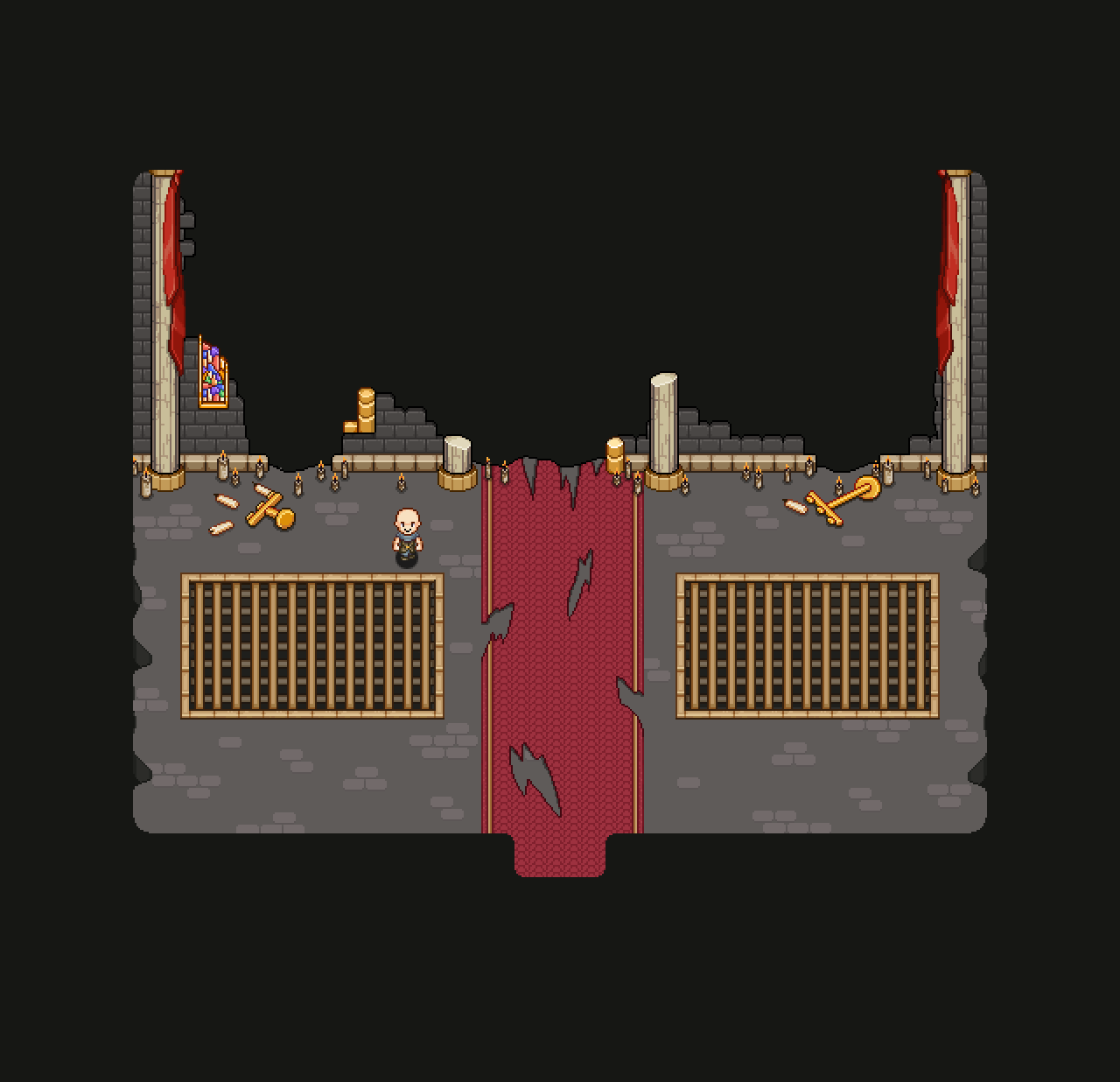 Most of the work this week has been done on the final bunch of cutscenes for the game – things we won’t show you too much from due to spoilers. However, here’s a little sneak peek of another character that will make an appearance – young Faita from Mount Bloom (grown-up version on the left, young on the right):

…What do you guys think she has got to do with this? :)


I am so excited to finally see the end of this long long journey. Secrets of Grindea is one of my favourite games of all time and seeing the game being so close to being finished is really heartwarming. I don’t if this will be read but I really wish you guys the best of luck with everything!