This has been a busy week! Progress is coming along on the final cutscenes and battles (not much to show there due to spoilers, though), and I’ve finished up some more of those final bits and pieces, this time some season decoration for one of those last puzzle rooms (to make it more clear which season you’re in): 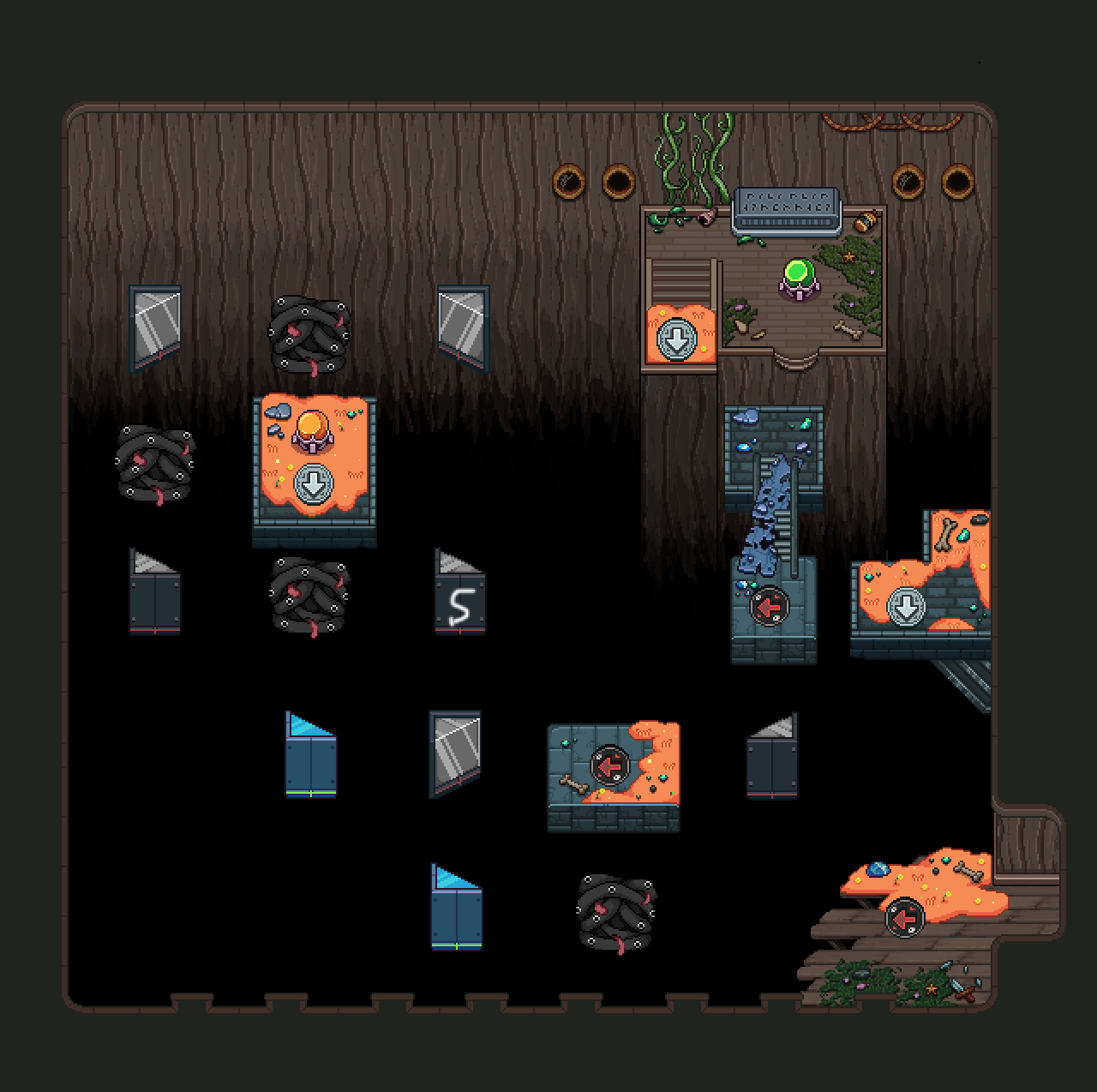 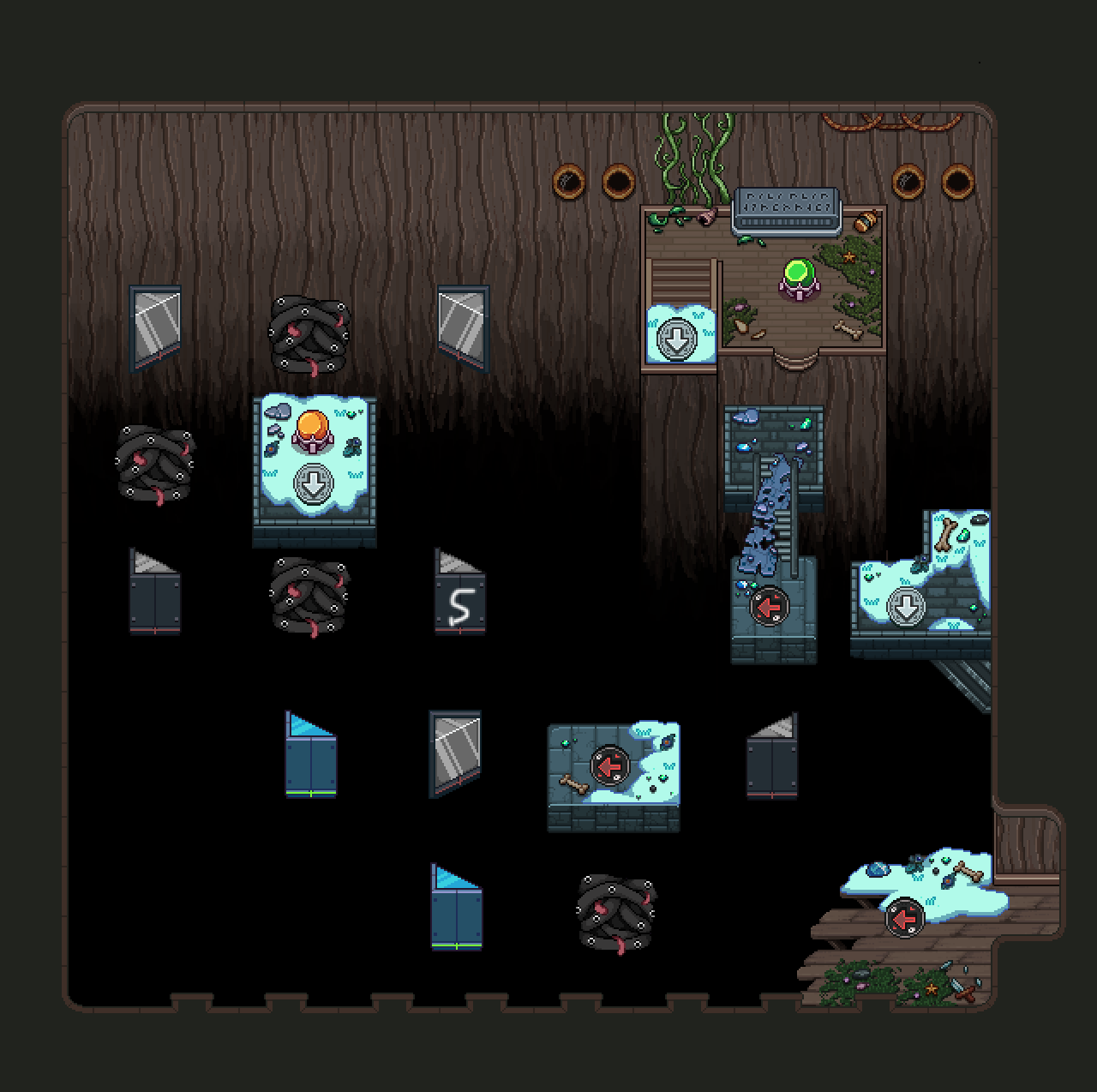 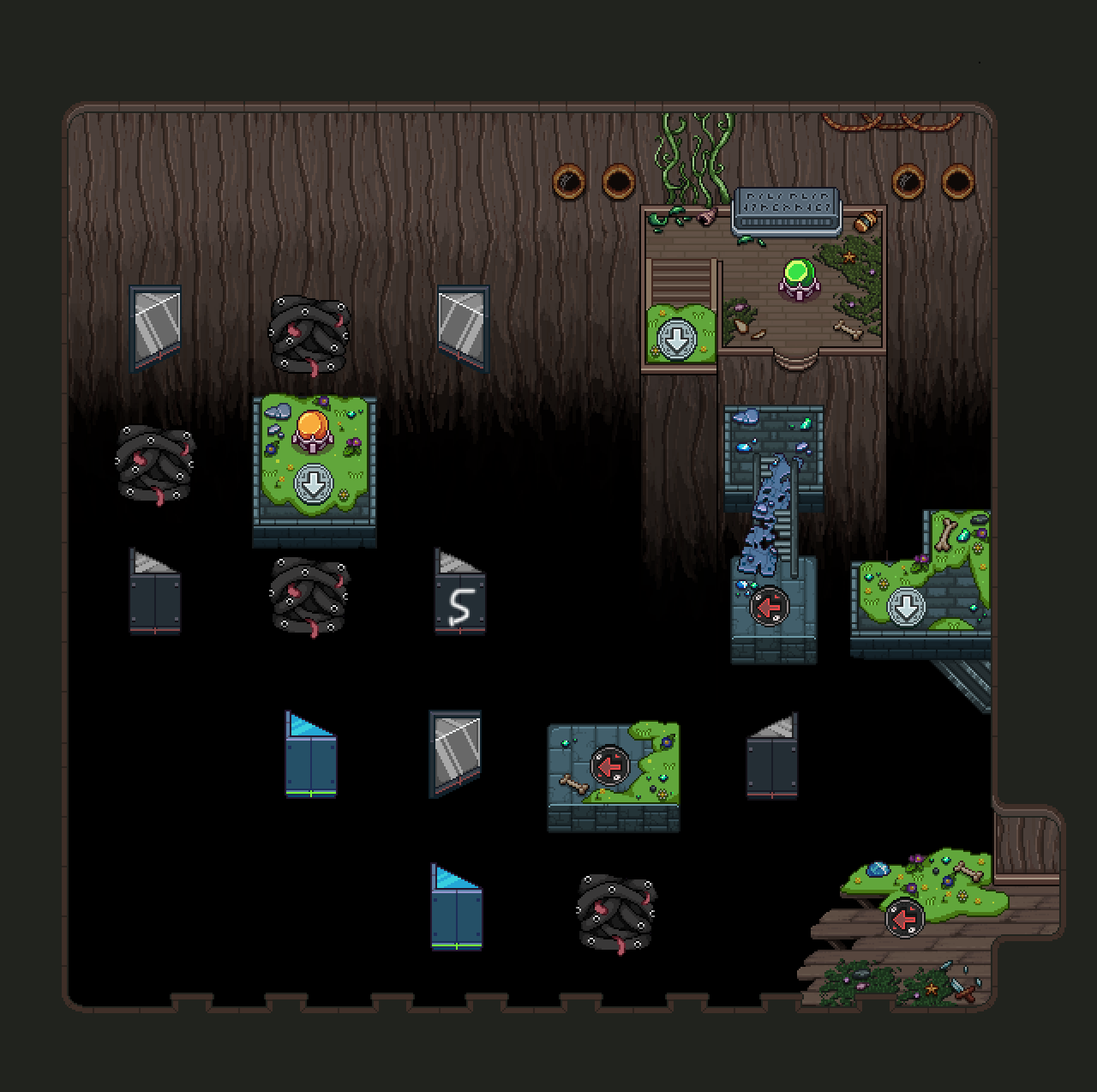 I’ve also started working a bit on that Secrets of Grindea Visual Novel we mentioned a long time ago. ‘Why in the world are they making a visual novel?’, you might ask. A Visual Novel is, after all, quite a leap from an action RPG!

So, what’s a visual novel?

If you’re unfamiliar with the genre, a Visual Novel is a game genre where most of the story is told through text or dialogue and where the player’s main interaction is choosing what to say or do in certain situations. In doing so, the player transforms the story and the fate of those involved in it depending on their choices.

A lot of Visual Novels involve romance, but not all. 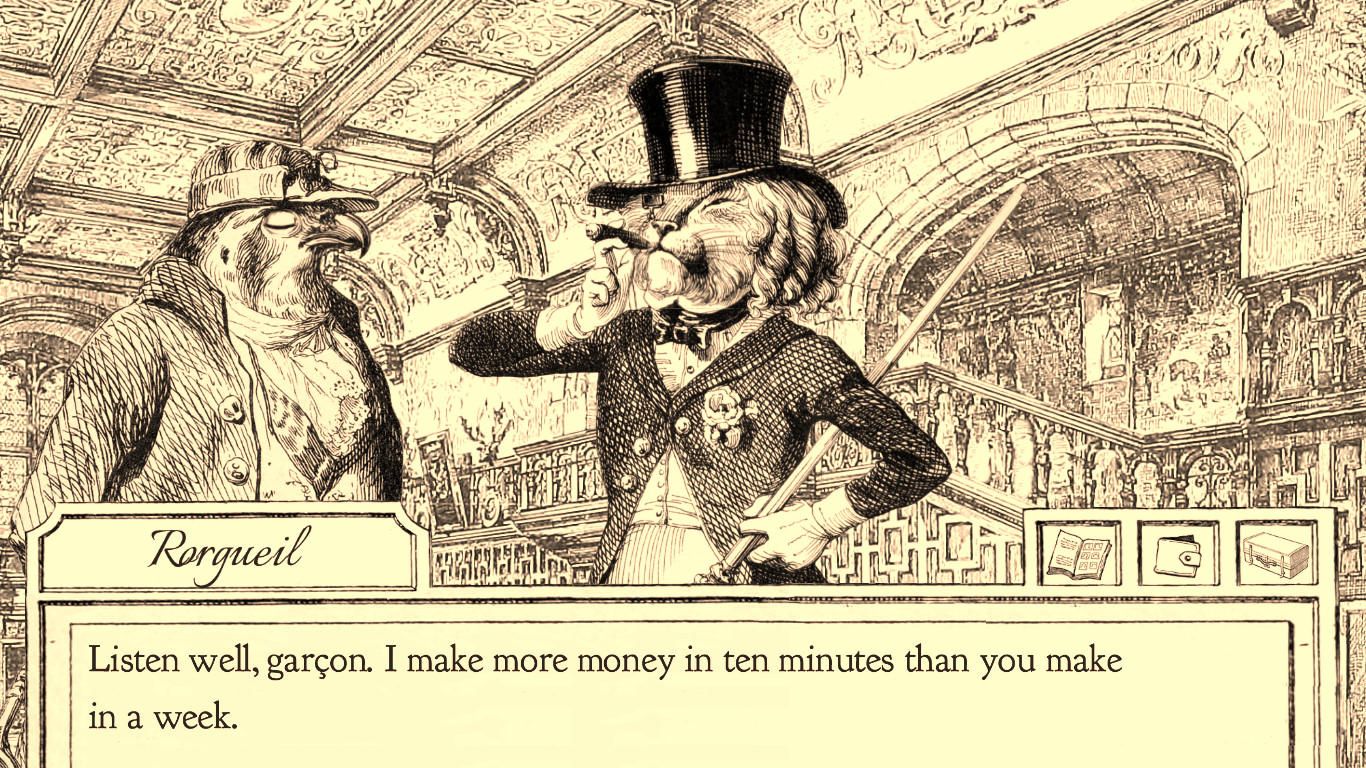 Aviary Attorney, a visual novel and one of the best games in existence, if you ask me.

While it’s true that our main focus within Pixel Ferrets has been (and probably still will be) top-down Pixel Art games, this as of yet untitled Visual Novel won’t exactly be a Pixel Ferret game. In fact, that’s the reason why I’m making this – I’ve more or less finished all there is for me to do on Secrets of Grindea save bug testing and updating already existent graphic assets. Fred and Teddy, on the other hand, still have a number of things they need to finish and this leaves me with with quite a bit of time before we can start discussing our next project together.

And so, we’ve decided that instead of twiddling my thumbs I’ll start making this visual novel and we’ll see how far along I can come before they’re done. If I manage to finish it before we start the next project, it’ll be released as a companion piece to the Secrets of Grindea world, and if not, I’ll continue working on it on my free time until it is completed.

I picked the Visual Novel genre because it’s very heavily reliant on graphics and writing, which happen to be what I enjoy the most. It also doesn’t need as much programming knowledge as the more technically complex action RPG genre, and as such, I should be able to make most of this game on my own while Teddy and Fred finish up SoG.

I’m actually super excited to get started on this for real. That feeling when you start a new project is exhilarating to say the least; all those opportunities of where to go and what to do within each new story!

Well, what would you guys like to see from a Secrets of Grindea Visual Novel?

If you’d like to read more about the Visual Novel progress or read up on my other work (as well as get art/writing/gamedev tips & inspiration and pictures of the office cats and chickens (yes, we have 4 chickens now)), I’ve reopened my blog again – in fact, the above text is a copy-paste of a post from there.

We’re not sure whether any more Visual Novel progress will be shared here – after all, it’s quite a different game. What would you guys prefer?


Should probably keep the VN progress to your own blog. After all, most people just check in here for Grindea news. However, I’m sure no one would mind if you linked to a blog post each week you had something to share on it in a quick sentence.
As a VN fan myself, good luck working on a VN. Most people find it quite tough to finish because they rewrite many sections after finding out where they want it to go.

I wanna add that I would love to see oneday a dlc of Secret Of Grindea.

But Pixel Ferret, you are the only one to decide what to do next !

Can’t wait to see what is gonna happened next. But surely, this game will be a big success in the upcoming future.


The quick sentence at the end of any post on here tagged with a link to your blog sounds like a great idea! It must be resounding to say you’ve done all you can on a 10year+ endeavor. Playing through the completed Secrets of Grindea in my mind may not live up to the imaginary hype I’m making in my head. But the buildup is still there and I’m still hyped to play this game if that counts for anything :)z


This has taken way too long to come even close to release (which I still think is like a year away with how slow these guys are moving).
I bought the game like 7 years ago thinking it’ll take a while but not this long.
What a disappointment. A game is not meant to be perfect on release because that means it never comes out (and that comes from the developers of PoE).
I don’t know why you guys can’t just wrap things up and stop focusing on dumb stuff that I happened to see weekly posts about over the years… like legit I saw some posts going something like “look guys! We changed how this place looks by a bit and it only took us a week! Do you like the new design or the old one? :)” like wtf.
Please just give us a deadline and that’s it. I think it’ll be good for the players and for the devs to finish up this project finally and maybe learn things for this “company’s” next game like waiting for full release before ever thinking about buying it.