This week we’ve implemented a couple of quests, and as a part of that, we also created a quest tracker! It’s nothing too fancy, and does pretty much what you’d expect. 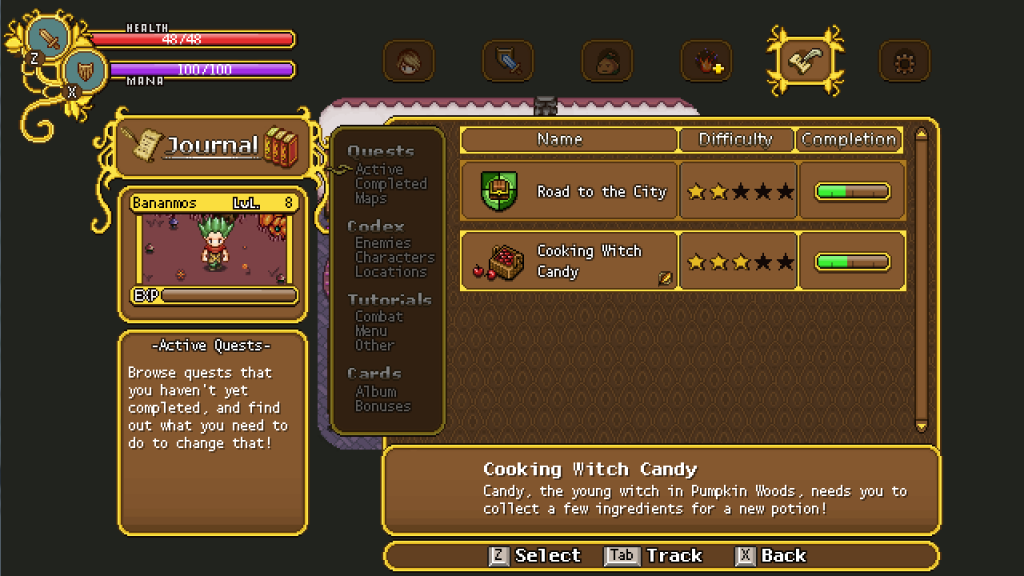 When you’re looking at the list of active quests, you can press Tab to focus the tracker on that quest. Yes, this particular quest is an old fashioned “fetch quest”. We’re showing it here because it demonstrates the quest tracker well. Don’t worry, we’ll have other types of quests, too! :) 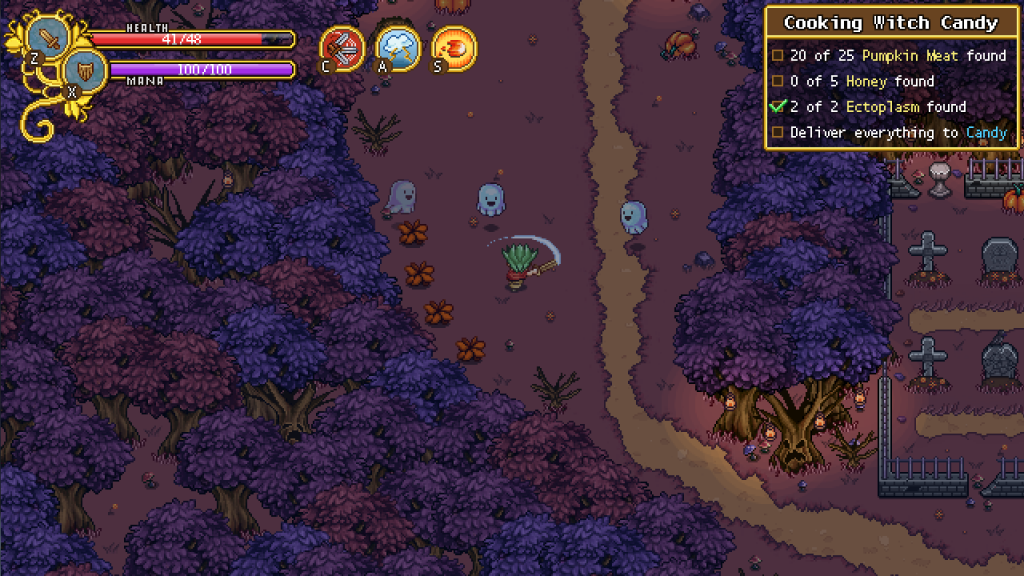 When tracked, a shortened version of the objectives will be stickied to the top right corner of the screen, which helps a lot in these types of quests. We’ll probably enable tracking for crafting recipes as well, so you can keep a list of ingredients on screen while farming!

Apart from creating the GUI for quest tracking, Vilya keeps up with the tradition of handing out portraits to the poor!

Here’s a sprite of the guy on the bottom left made by Fred:


Looking better than ever, though I don’t know how I feel about MMO quests.. Ah, I’m torn.


Don’t forget that most MMO quests were RPG quests first, and having a tracker isn’t anything new either.


Quest tracker is really nice feauture so you don’t have to spawm quest tracker just to see the status.

About the bottom sprite, front view seems like he’s crying at first. Maybe shifting glasses 1px higher could be better?

Keep on the good work!


oh god, those ghosts are smiling so happily, i dont think i can kill those in cold blood T_T
I would feel bad.

Game is looking better and better every week


Looking good!
About the fetch quests, make sure a player can give items to another… maybe I wanna do a quest I’m stuck at with my brother, but he’s still far behind on quest log and I want to help him.
I remember doing similar stuff playing Monster Hunter online, the fetch requirement was the same even with more players, so we helped each other.. but it was still absolutely boring and unecessary.
Fetching enemy stuff is always better than fetching plants. Fetch fetch fetch.