One of the more popular requests in the beta has been more difficult content. The Arena Challenges stopped most players in their tracks (for a while), but the main adventure is tuned to be what we can best be described as “pretty challenging for the average gamer”. In other words, not very challenging for the hardcore crowd!

To cater to players on the masochistic side of the spectrum, we’ve added hard mode. 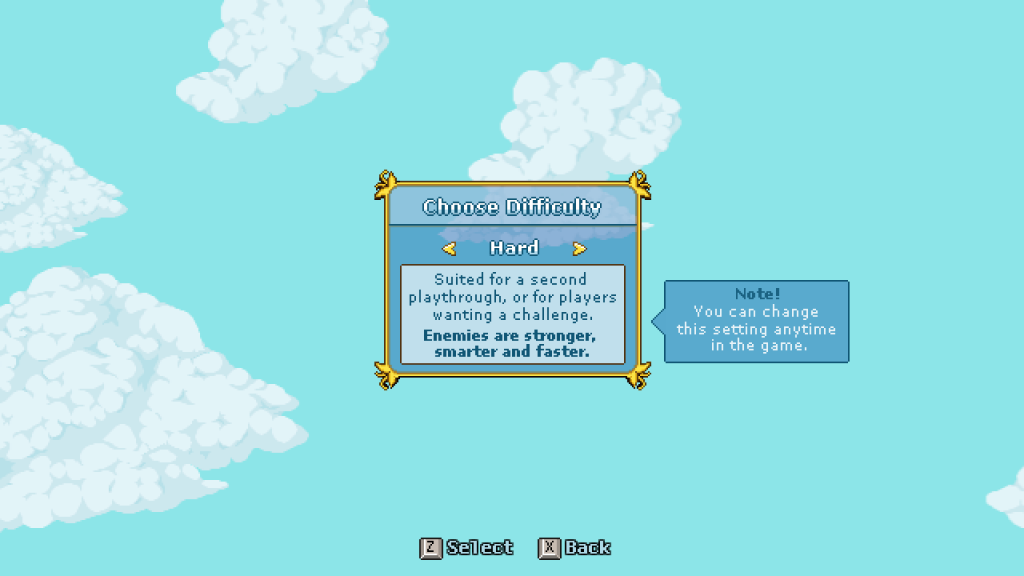 Since the enemies already scale quite extensively in multiplayer, we had a pretty good foundation to build on when adding this feature. In hard mode, nearly everything has been tuned at least slightly to make enemies more of a menace.

Apart from the basic/boring buff of slightly more HP (30 % for normal enemies), they also hit harder, move faster and have less glaring weaknesses. On normal, mastering perfect guard was an optional thing. On hard, enemies will make short work of your shield without it. Here’s a couple of examples to illustrate how the game changes quite a bit:

Exhibit A: Halloweeds have always been a terror on the battlefield, but at least you used to run faster than they could dig. Now if you turn your back on them, they will chase you down (and kill you). They also have half as long delay between attacks. 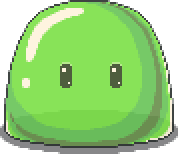 Exhibit B: Giga Slime (both versions) jumps quicker, the slow effect when stepping in his slime trails is twice as strong, the slow slime doesn’t disappear, he can use his hammer more frequently and its startup has been heavily reduced.

For now, personal satisfaction is the only reason to play on hard. It’s for the players that tend to get bored unless they must remain focused at all times to escape death.

Vilya has been busy creating the illustrations for all our enemy cards! Here’s previews of the Bloomo Card and the Scarecrow Card:

Fred has set up his computer for streaming, and last Friday he took it out for a spin!

Here’s a VOD of his legendary first stream, and below is the result from when he was sketching enemies for the Flying Temple:

Fred will announce on Twitter and Facebook when any future streams go live, so keep an eye out for the continuation of his streaming/DJ career!


Looking good guys! I’m really happy about hard mode btw! After getting 100% in the beta, thrice, it’s hard to find new stuff to do. I experimented with pure 1-hand weapons, pure 2-hand weapons, pure magic, and a do whatever character, so I have Rank 9 in every skill (throughout all my characters) now, lol.

Hard mode will be a breath of fresh air! I also try to play games on the hardest settings, solely for self-satisfaction, so I will thoroughly enjoy it. ^^


haven’t played the game, but hard mode is always fun if is made correctly, keep like that.
and those sketche looks really nice!


I like how you’re improving other characteristics of monsters than just their health or damage in Hard. However, I’m not really a fan of “more hp” or “more damage”. I’d much rather see a smarter and more challenging AI, though I’m not sure that’s something that’d be worth the effort, or even be possible in a 2d game.

For the stream, I’d recommend commentating what you’re doing, as you’re doing it (use your voice!). I wasn’t able to catch the stream live, but the vod was interesting!

Also, fill out your about page! Put in details like what you’re using to draw (software & hardware), other programs you use, how long you’ve been animating stuff, what inspired you, and so on. This list can get pretty long fast, but that’s what makes it fun :)

Another stream suggestion is to use english only– this isn’t because Swedish is bad or anything, it’s just that using it may alienate viewers who can’t understand the language.


i want to be in the beta so badly >.< it already looks so awesome!


Make sure you don’t make Ragnarok’s mistake of making “OP MvP Cards” for multiplayer servers to ban in PvP. Sucks all the fun out of finding them, it does. D:


Im really looking foward to this game… already made a post on my blog! YOU GUYS ROCK!


I am so glad this game has been greenlit, it really deserves it.

I love the livestream Fred did (so far – watched 10 minutes of it, still waiting for my slow internet to buffer the rest). Not only is he a talented artist, he also has great taste in music ;)

Keep up the good work :D


Yep. Hardmode is a great addition to the game. Love it! Can’t wait to see if this game’ll finally kick my ass this time. Its too easy to perfect block standard mobs, and that makes me sad. Here’s to challenging endevours!