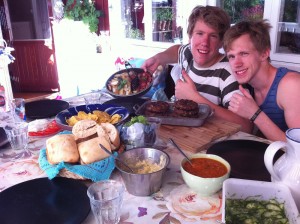 
dang again no beta key :( waiting so long will there be no kickstarter :(


Awesome!
You guys enjoy a good break, it’s all part of the creative process.
Hopefully you get to focus more on those hamburgers than player feedback at this point!

Speaking of which, still working on my first impressions post, will get there…


Woohoo! I got one! Thank you guys! The burgers look delicious by the way… I want one of those!
I wish you a beautiful summer, too!


You denied me to inspect your test object.. so its time to bring up my gas to Tokyo again… Ah ah ah ah!


Dang, didn’t get in again, hope to get in next time, really wanna help you guys and share my thought/ideas, and of course, I really wanna play xD. I guess I’ll just have to wait.


Waiting since first beta test for a key, still didnt got one. Im sad :(


I didn’t get a beta key, but I didn’t ask for one in the first place.

Please do not give me a beta key.

PS: I hope you’re all enjoying your small slice of summer! Start back up again in September for some face exploding awesomeness.


@Serva: Thi8s is exactly why I didn’t sign up for one. I would rather wait and get a nice full game rather then getting to play only a bit and having to focus on looking for bugs.


@Serva: That’s exactly what I thought. I didnt sign up for the beta first. But then I saw that only a part of the game (Like 1/10) is available. So I signed up and played the very first dungeon. Now I am done with the beta but the real game is way bigger.


Lol, I replied to that thread like 3 different times, still no beta key. Sad…guess I’ll just forget about this game till its announced in the future, at this point don’t have any hope to get in the beta.

Hope you guys are enjoing your summer break :D
And im looking forward to the release date


hi guys i hope i can maybe becomme a beta key ial like thet game soa much i dont can wait longer for thet nice nice game thx for thet game real real nice joup i all like thet soa much thx M.K ,)