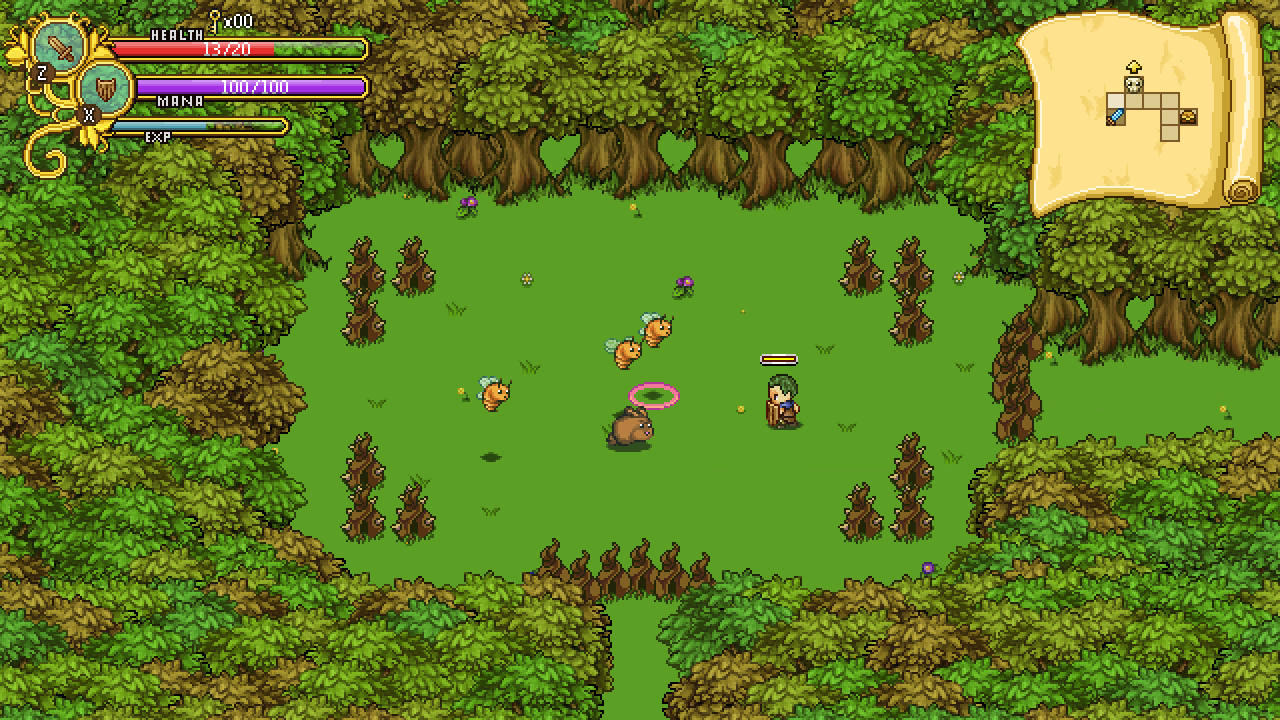 
First thing that came to mind with the beehive is an endless spawning pool to farm experience and loot from.


This game just keeps getting better and better, you guys are doing a fantastic job keep up the good work!


I’d like to add an idea to Elite Mobs. This concept is taken from Ragnarok Online where the Elite Mobs spawn lesser versions of the mob they represent to give players more of a challenge ( risk vs reward, can I really kill this Elite Mob and get the fat loot? ). On top of additional mobs, Elite Mobs have a chance to drop unique loot anything from crafting materials, cards, or equipment. This is just an idea, but while I played RO for many years I personally found that having Elite Mobs drop specific unique loot made the game much more diverse. Hope this helps!


What about a special hat/gear that you get while doing the endless dungeon? The hat would change as you keep getting farther and farther into the dungeon. The hat is only for cosmetic purposes merely to show off how far you’ve gotten. ;P


Sorry to take up two posts(Look at my original).. But The hat/gear would be wearable outside of the dungeon allowing you to show it off.


Could we get more Fred streaming! :3
Those sprites are just amazing.


Sugestion: Would be perfect if the mob has an life bar dropping when suffer damage like player’s life bar. I see the mob’s name in the right bottom corner with a backward red bar. That bar can be used as life bar.


Hey! A nice idea with the beehives though the elite mob update is even better! I liked the white rabby and I’d like to see some more of his kind! Well done!
These spiky traps could be the golden upgrade for the plant spell. Just a thought.


As an idea for the elite bee’s, you could just change their appearance in a slight but significant way. Like making the elites wings bigger or even a different color, or even making its stinger more pronounced. That way you would have to worry about the different aura colors.


I love the extensive idea’s that you guys put into expanding the game for the player and their buddies. I’m not sure what the games max level is, but it would be cool if it was high and there were lots of randomly generated dungeons to go through with friends, some of which could randomly alter the players stats for a more challenging experience. Or possibly make treasure rooms that have different color coded loot chests; brown=normal drops, silver=rare drops, gold=rarest drop (maybe equipment with random “ex” stats).
Sometimes these giant dungeons become such a huge part of the game itself, plus it always looks good on steam when numbers of available activities are high “don’t ever want the Greatest Game you have ever played to end? Challenge Various Dungeon’s for Loot, Solo or with Friend’s, Fight Challenging Boss Monsters and find a Never Ending Quest for Adventure in the Endless Tower”


I think it would be really cool if you did something similar to “Rouge Legacy” in the sense that you are always working towards stuff. Things you accomplish in a run could have affect your character for the next time. That way you have a reason to keep playing it, to keep you interested. Just a thought.


Will the roguelike mode be available for play in co-op? That would make things real interesting! Keep up the good work!