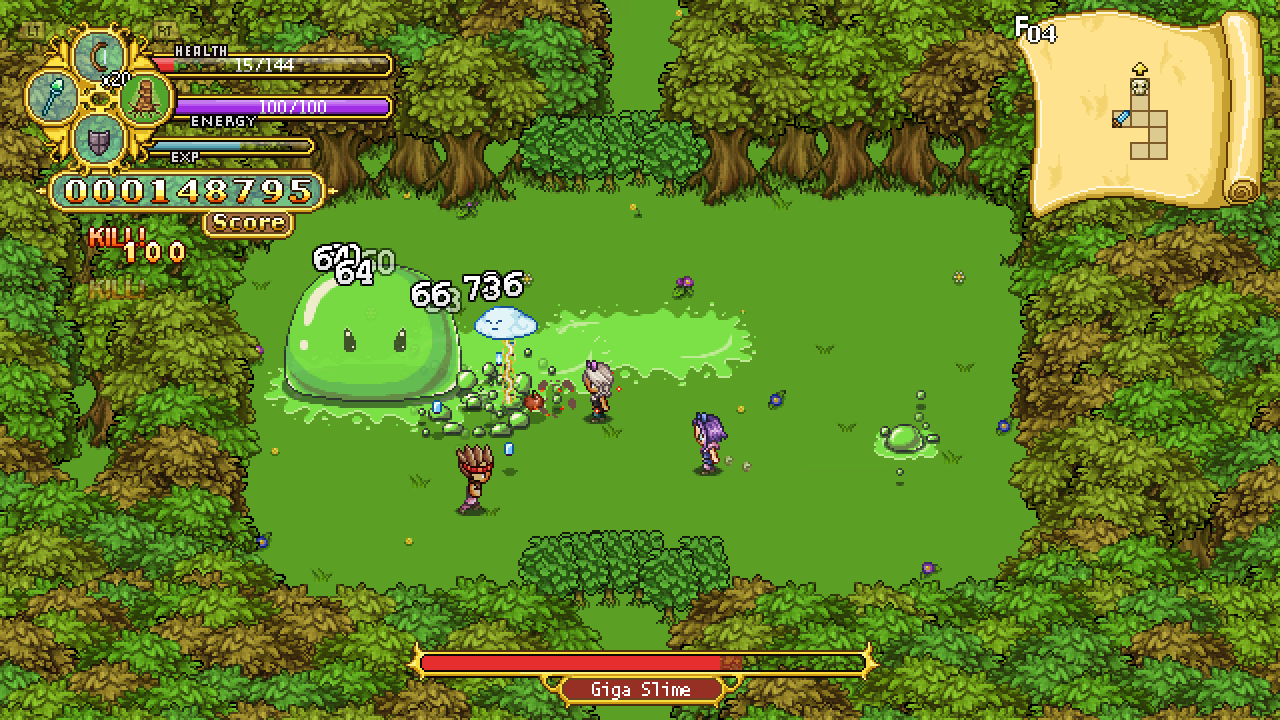 
one question. you guys are giving anymore beta invites no more? just wanna know. btw,Keep up that AWESOME Work , can’t wait for it to come out to play !


The berserker animation looks so smooth!


Beta invites would be such a favor.
I cant tell you how much i would like to play this.
Is there a floor clear goodie at the end of each stage of the arcade mode? Would be nice if there were some kind of reward for trespassing a floor ( i mean not a single room but the entire level)


I’m glad to see the multiplayer for arcade mode getting worked on. I’m curious about why not have player-specific loot for story mode, too? It would help with the scenario of summoning that special rabbit boss and only one person being able to get its loot, at the very least.


Man, the devil of the berserker mode looks scary!
Gool update and balancing things. Different loot for different players is a good thing. I hate it when someone steals my stuff!
Does Fred have fixed stream times? I would love to watch the stream, but I don’t know when.


Modifying encounters based on group size sounds awesome! Have you considered allowing the player to also change these kinds of settings? For example, playing solo but having the game behave as if it is full? I’m not necessarily for the idea if it ruins balance but increased monster density just looks cool.


@ZombieTruckHead
Diablo 2 had such a command (for single player).
/players # (where # is 1-8)
It would set the difficulty to as if you were playing a multiplayer game with # people.


@Dario: We might give out some more to test some of the bigger new features, but we’re not sure when. At some point, we’re going to leave the closed beta environment for a more inclusive solution, but as you know ETAs are not our thing so I can’t give one there either :P

@claudekennilol: It’s unlikely we’ll do local drops in multiplayer, since we’re planning to add trading eventually which will help with most problems that exist right now. Regarding the White Rabby’s carrot sword, I’m 99 % sure that everyone in the party gets it regardless of who picks it up? If not, then that’s a bug!

@Sogomn: He doesn’t have fixed stream times, but that’s an interesting idea!

@ZombieTruckHead: We’ve discussed adding such a feature, but we’re not sure yet. If we do, I’d rather give it an in-game implementation (i.e. you do something to trigger it) instead of making it a setting in options, since we already have a Hard mode!


Ah, the Rabby drop probably works as intended. I just read on the forums that only one drops and haven’t played with others to know whether or not that one drop yields a sword for everyone.


While MP is well and good, I remember with fondness the days when me and two friends beat the living snot out of Secret of Mana – one of the most fun I’ve had ever, and I’ve been longing for a similar experience for years.

I don’t suppose a MP on the same machine would be possible?