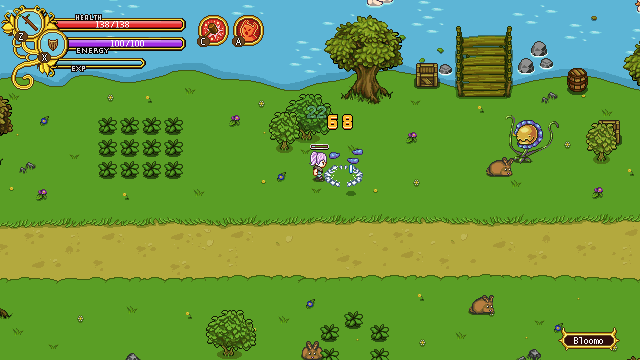 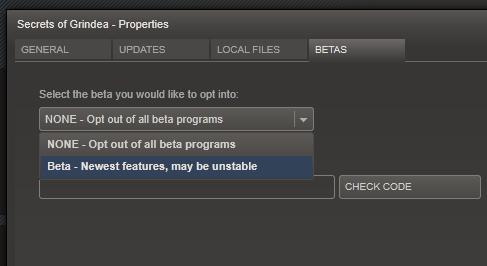 
This is the best news I have heard today!


I’m a fan of the game, i hope you guys finish it soon, i will buy it for sure. Good luck!


Would love an invite for ark626 on steam :D
Genious news i love steam :D


Great stuff. Looks like the game is getting closer and closer. Keep up the awesome work.


Nice. Desura is great and all but Steam is way more convenient.


So this means that people who previously applied for the beta on the invite thread will get another chance to get into the steam beta?

If so, does that mean you will be including every name that applied from the beginning of the thread, or after a certain point in time? I would really like to make sure I’m giving myself a fair chance for an invite this time around since I missed the original invites.


I love this game

If you’re moving to steam, please DON’T join the early access program. Too many games that are “early access” never really leave beta.

Other than that, great news.


Hey can u invite me? Im a great fan! Steam: hadig5


Great! I am mainly using Steam so these are really good news! In addition, I think there are more users on Steam so the game will become more popular.
@McToast: Thats my opinion, too! TThe ‘early access’ ruins all the games!


The move to Steam will be good at the very least for tracking played time. Other than that, anything to ease the development process is a good change, I’m sure. I’m just glad I don’t work on games–and am also grateful for the people that do, lol.


Excellent news on the Steam integration. Can’t wait to see you guys on Steam. Fingers cross for the next beta invite. XD


When will you be sending out PMs to people on the beta boards to let them know they qualify for the Steam beta?


Ah, that makes a lot of sense. Guess I have to get with the feedback altough I wouldn’t be suprised if I am a bit to late ;_;. I played it and then kinda had no time playing any games.


@meowzers98: We’ll keep on picking users like before, meaning we’ll favor old posts but still pick some from the thread completely at random!

@McToast and Sogomn: Hopefully it’s not a source of too much distress that we’re actually in the planning stages of preorders with beta access! We’re not sure if or when we’ll join the official Steam program, though.

Why do you feel Early Access games are ruined or abandoned? Do you have examples?

@J: If you’ve posted feedback on the beta forum (or any other way, really) or made videos, you qualify for the Steam beta. We’ll send out those messages within a couple of weeks! Not sure exactly when, could be pretty soon.


Oh dang I haven’t posted much of anything about the game. I mean I kind of made an earlier beta review on it, but the review was shit so I removed it. Other then that nothing really. Oh well. I am still looking up on here from time to time and really look forward to the full release so keep up the good work. (it also looks like this post is way later. About 2 days from the last one.)


Greets from Germany. I played your beta…but these little mistakes there were werent enough for me to tell u. Because on one hand others see, or u see yourself through playing many hours.
I tested the arcade mode most. Your welcome.
I buy it when its ready.


I think the characters within the same number need to be closer together. The 6 and the 8 are too far apart. Otherwise looking great!


Hi there,
Been following the progress of this game for some time, though haven’t actually posted anything in comments – more like simply in awe at how far this has come in such a short amount of time.

I’d definitely love to get in on the beta action, and with the addition of steam invites going out, I can only keep my fingers crossed that there might still be a spot avail!

My steamID on the off chance I’m randomly picked: http://steamcommunity.com/id/magiin

Keep up the awesome work so far!