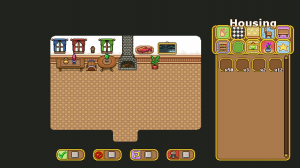 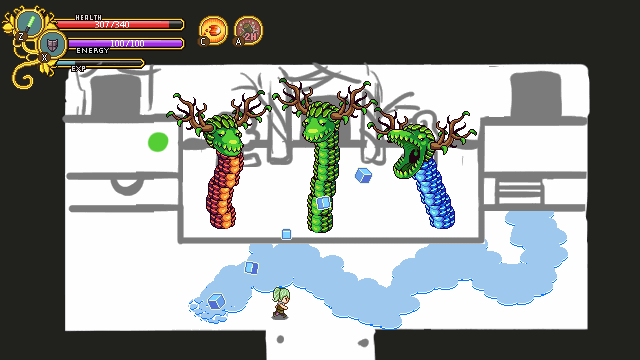 Loved everything so far. Definitely looking forward to the housing part. Makes me want to Grind that much more.

Keep up the fantastic work!!!


Looks bad summer hydra heads! Better each season its hydra head! It would be nice to shoot a hydra autumn leaves tornado, or just the wind. Sorry for my bad English.


That’s sarcasm about each head being the summer head, right? (context clue being “stylized background” in the same sentence?)

Mushrooms would be cool, especially if you can get a nice simple animation of them sprouting up. ZeroCool’s idea about “autumn leaves tornado” is a good idea, too.

I’m not so sure about the ice cubes being spit out. I mean, it makes cognitive sense because he’s spitting out ice, but then it turns directly into an “iced over puddle”. Going from cube to flat surface doesn’t mesh well for me.

It looks like it’s going to be a fun fight, though. Keep up the awesome work.


This is looking amazing! I love those ice cubes he breaths out, it’s much better than some predictable “ice breath”. The mushroom spores sound like a great idea, it’s going to be a lot of fun trying to avoid all of these obstacles while trying to fight the hydra! Keep up the good work, you guys have some of the best ideas!


Online sarcasm is a dangerous thing, for sure! :D

The ice cubes are placeholder graphics, and we’re probably going to do the good ol’ breath ( sorry Antar :C )

…or maybe some form of laser beam ice. We’ll see what we end up with!

We usually don’t post things unless they are very close to being done, so I’m not surprised to see some confusion about the prototype gif :P


Huuh!! The one dragon is called Marino! Illuminati confirmed!


Will the housing have any effect on gameplay at all, or is it just a “look what I have” kind of thing?

Such a demotivator to buy housing in games and have it serve no purpose other than to decorate.


I agree with Rodney. It’s fun to have a house to decorate but it can become boring pretty fast if there is no bonus associated with it. It would be great to have some special furniture giving bonuses to the character when placed Inside the house.


A lot of things remains to be decided. We’re *probably* going to add some feedback on your decorating progress besides just placing the furniture, but what we’ve got (vaguely) planned right now is pretty closely tied to the housing system itself.

If we can come up with something that doesn’t feel forced — and also doesn’t make players not interested in side activities like housing to become significantly disadvantaged — we’ll throw something in there.

We’ve toyed with the idea of having NPCs you can place in your house that… “does stuff”, but the whats and hows haven’t been worked out yet :P


Something as simple as a decorative piece of furniture that increases drop rates by 1% or whatever would feel like it’s worth buying furniture and decorating a house for.

Even if the bonus is super small, as long as it’s something that has an effect on gameplay (however trivial) it’ll be fun and worthwhile. But affecting normal gameplay in some way is key.


Rats! I really liked those ice cubes…but I’m sure whatever you guys will do, it’ll be good! I know you will handle it great!


it’s pretty good but I have to say that summer hydra head looks off on winter and autumn bodies… I preferred previous concepts but hey it’s your game :P Personally I would like to see more combat options and skills. Like dodge ( that uses stamina ofcourse ) I can’t stress enough how important dodging is… especially when u are surrounded or fighting boss…


What if you could come up with some sort of “feng shui” system where the layout of what you placed effected ..someting?

Even if it was as simple as Rodney suggested I don’t think that would put players at a disadvantage if they weren’t interested in housing–those players would just drop items in if they wanted the boost and players that really care could get the boost and the layout they want.