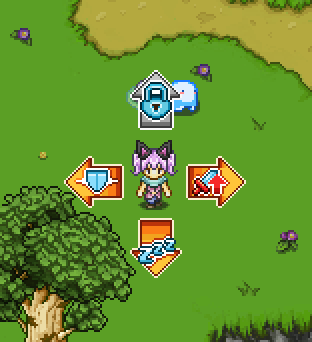 
Those changes with Steam are really good news! For me port forwarding was no problem but some of my friends had trouble hosting servers. Looks like you have done a lot of work this week!


Any move towards couch co-op yet?


Wow, I’m so glad you guys implemented Steam Networking! It’s going to remove so much hassle! Buffing some of the summons is a good choice, but I haven’t done much testing to provide balancing input. I mostly bought it early to support you guys. ^.^


Good work on the Steam networking.

I waited for the moment so I can uninstall Hamachi.


it’s been a while since I’ve logged in to the game and tried it out (honestly I’ve only played a couple hours since it was integrated into steam). I just don’t have as much time as I used to.

I will say that that giant stationary boss where you had to jump on his hands (I really hope I’m remembering that right) to get to his head was completely wrecked by the plant as it was then.

If anyone wants to try co-op over steam, I can’t guarantee I’ll be on enough to try, but my name is the same so feel free to add me (with a message saying it’s for SoG)


steam stuff is definitely good news , i haven’t played too much cause i wanted to put off more of it till it was finished but i loved what i played , i wanted to try co-op someone but we had issues with hamachi and portforwarding ( tho luck with other things and hamachi) so it’ll be nice not having to worry about that possibly.


The time it took to implement the Steam network features will probably be refunded ten times over by not having to try to help people configuring their routers/install hamachi/etc! :P


@Theodore: Yeah, you guys made a good call!


Still sounds useless.
The game has you busy enough with your own character, who wants to micro manage an AI pet.