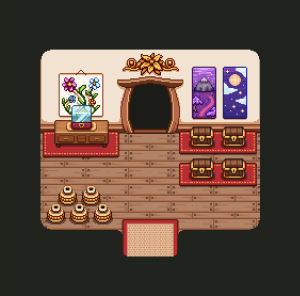 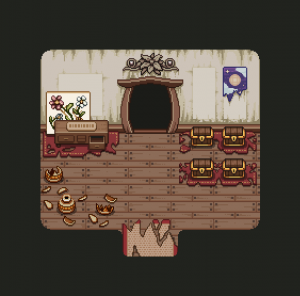 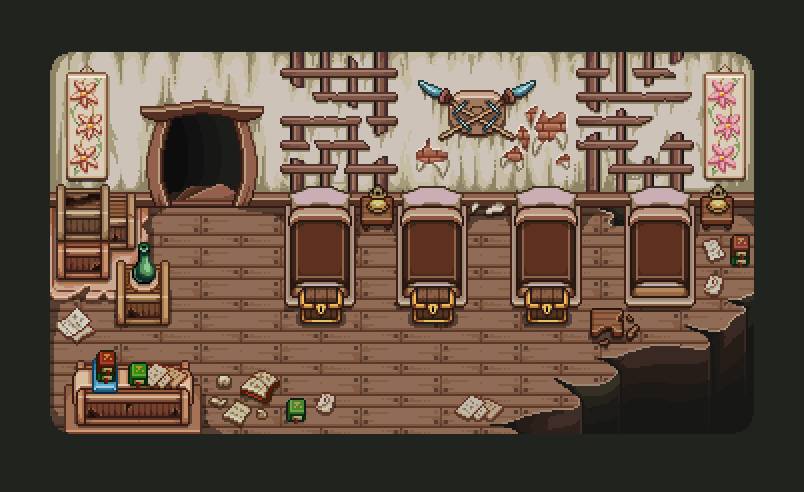 
Congratulations! I’m so glad to see you guys are working so hard on it all of the time! You guys are awesome, unlike so many devs that stop working on their early access games. There is so much content.


are there any plans for a patcher for DRM free version, or do I have to keep revisiting my humble link to look for updates?


Just picked this up last weekend on steam and I LOVE it. Already put 15 hours on it!! Keep up the great work!!


I hope the floor in the third image is a work in progress. The wooden planks look very strange. In reality, a broken piece of wood will splinter or fracture rather than cleanly.. break, as is seen in the image. Additionally, you’d likely find planks warping and curling as time passes and exposure to the elements have forced them to expand and contract. You can find a pretty decent image of broken planks on most search engines for an example of what I mean (http://www.kenmarbasementsystems.com/core/images/mold/warped-wood-floors/buckling-parquet-wood-floor-lg.jpg) and (http://i288.photobucket.com/albums/ll165/bollockx/ground/broken_plank.png~original). The smooth, rounded “void” makes the wood floor seem more like a strange kind of faux floor tile pasted to a solid brown stone foundation.


Already put 30+ hours on this amazong masterpiece in the making. Its really amazin what you habe done guys. The co-op arcade mode is just so entertaining and adictive!!! Keep on the good work, im really looking forward to playing the new content. Best of luck!!y


What is the point of allowing comments if you simply delete every comment offering constructive criticism? The floor in the third image looks nothing like decayed, broken or rotted wood.

We’ll try to keep the DRM-free version up with the Stable releases in the future, so it might be easier to just check the patch notes on our forum to see if there’s been an update.

@Jake: Chill dude! Akismet flagged your comment for moderation. We’ve never deleted a comment on a post, ever. Thanks for the feedback – good points! We’ll look into it. And yes, pretty much everything you’ll see on this blog is WIP, and even the stuff in game is subject to improvement :P


Just wanted to drop a line and say I loved your demo! Found you via Steam and will be paying for early access later today. From the game’s production value, I thought you had a much bigger team. Keep up the good work!